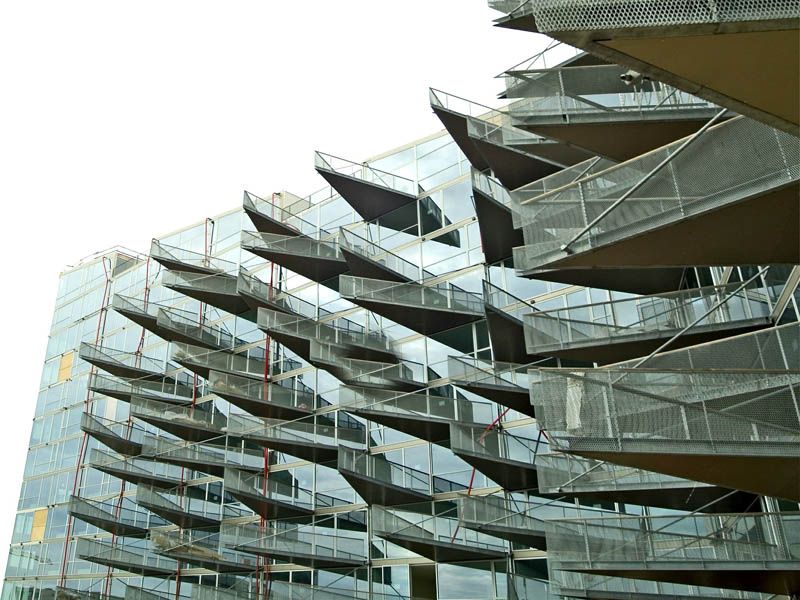 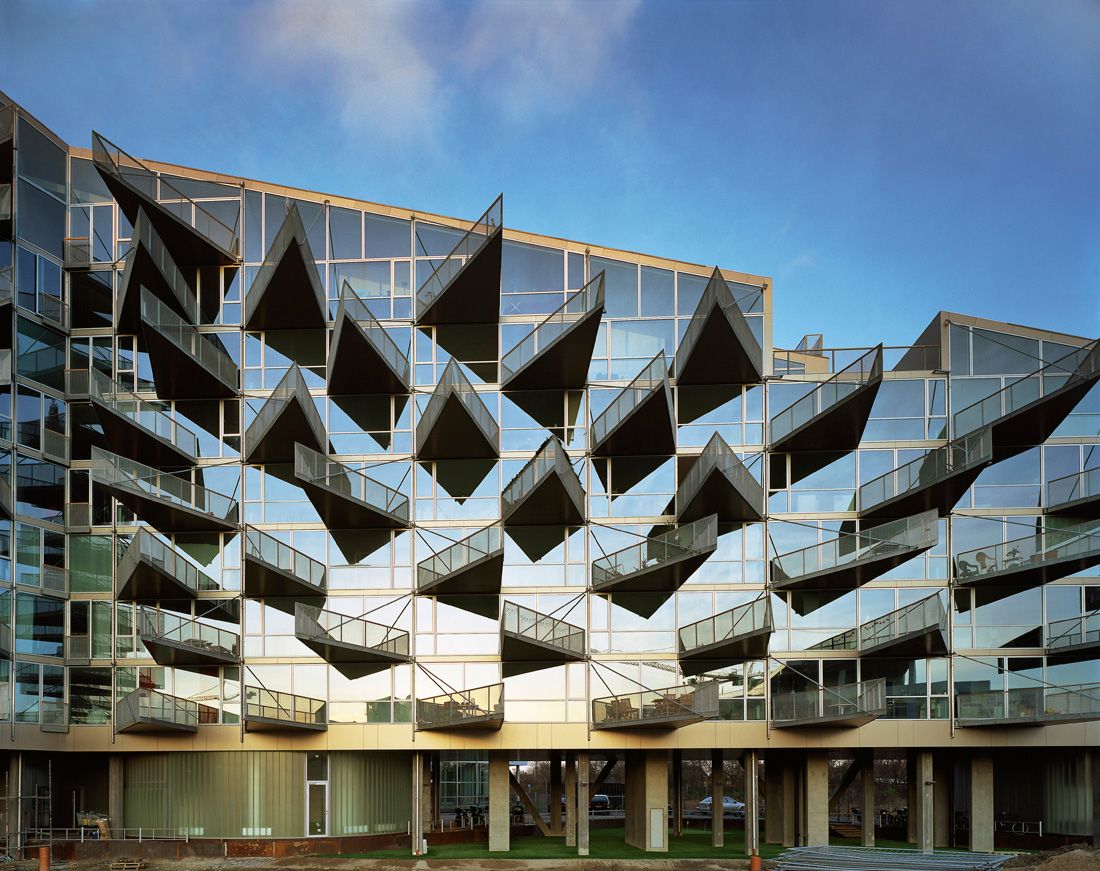 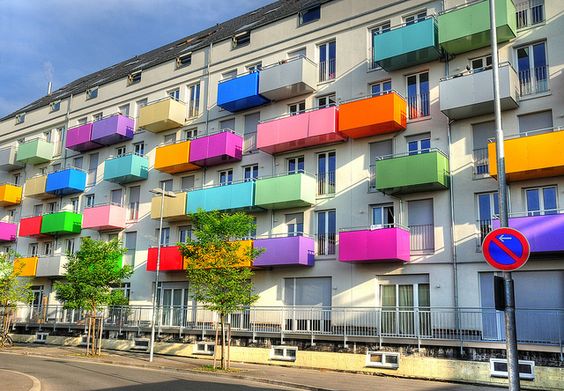 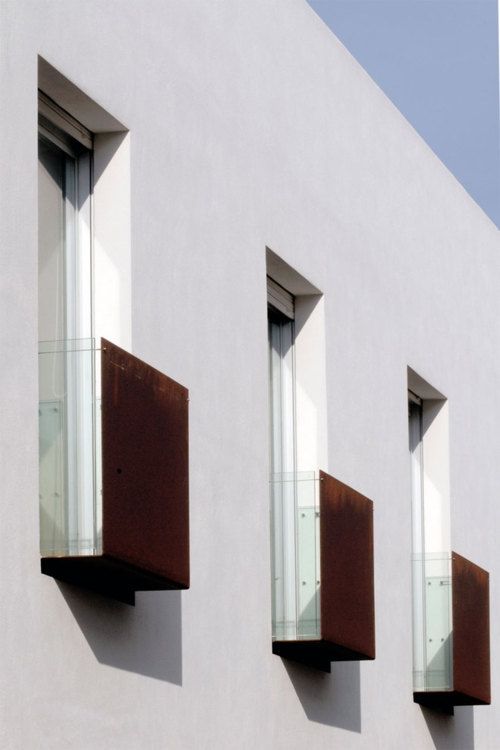 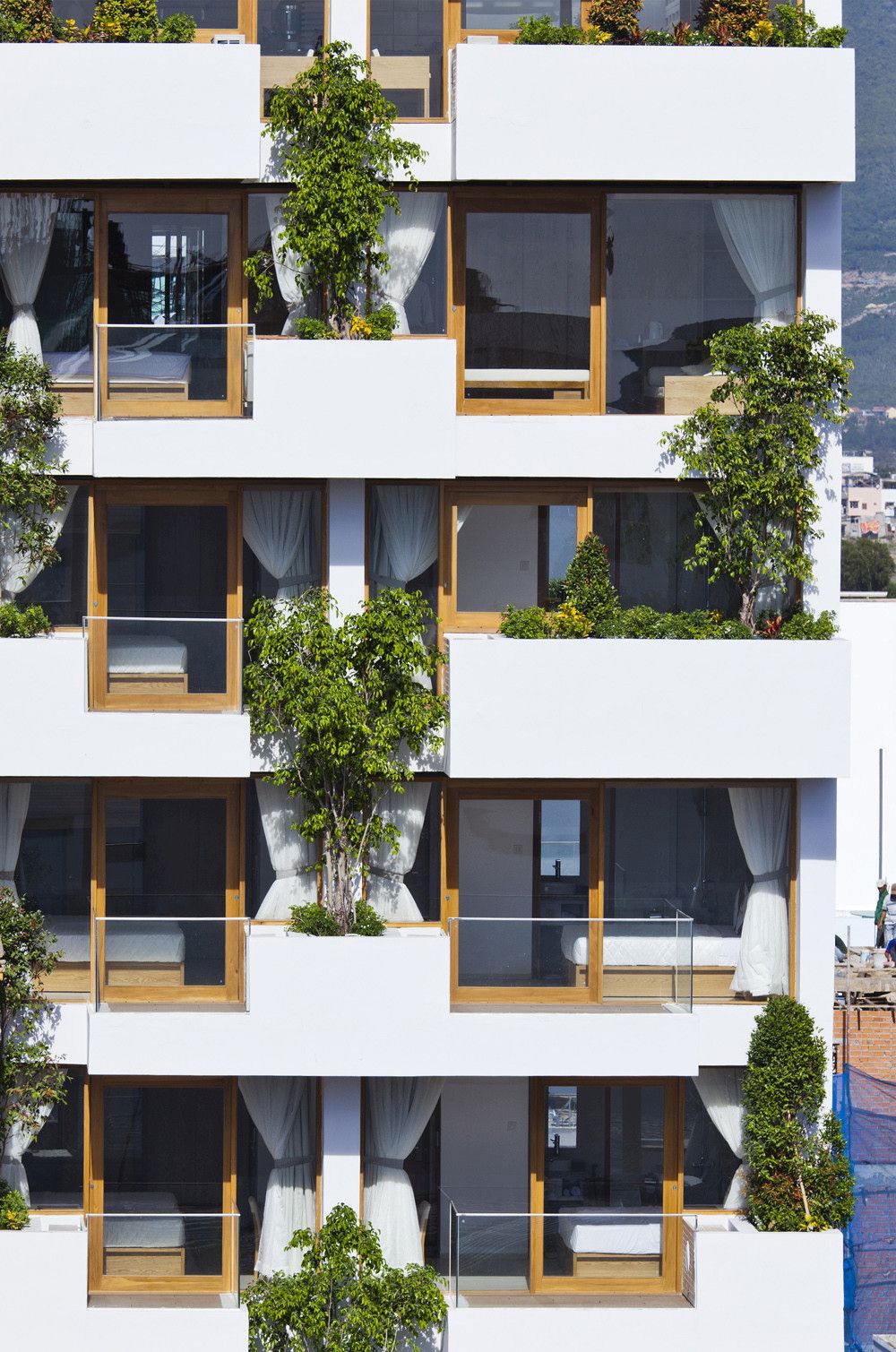 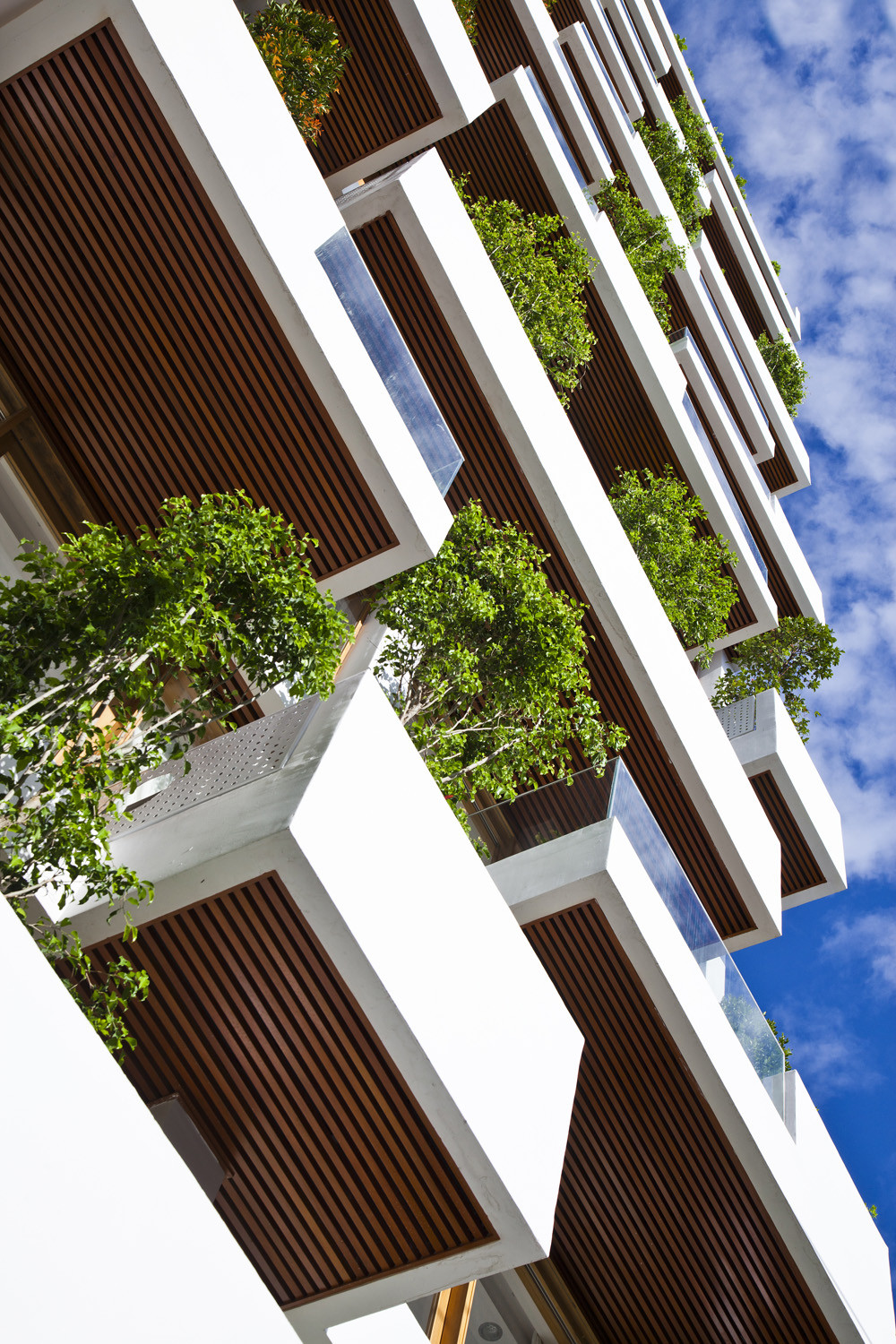 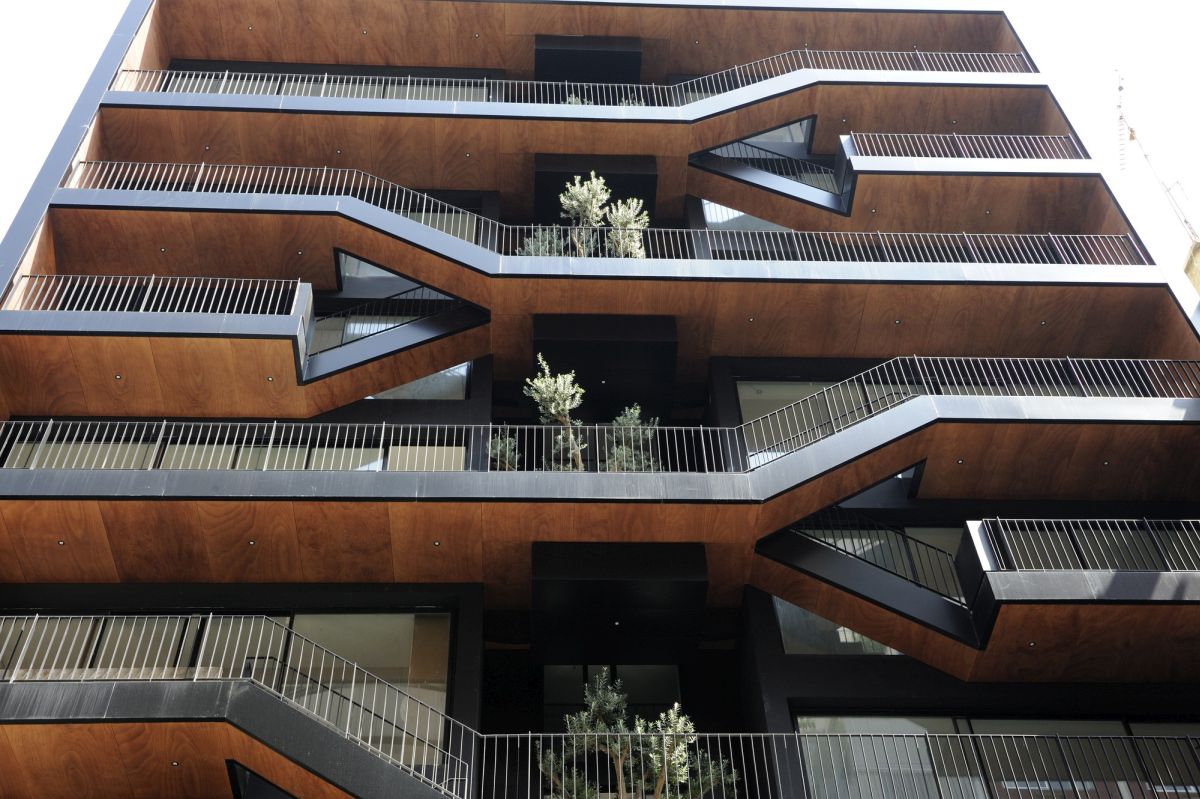 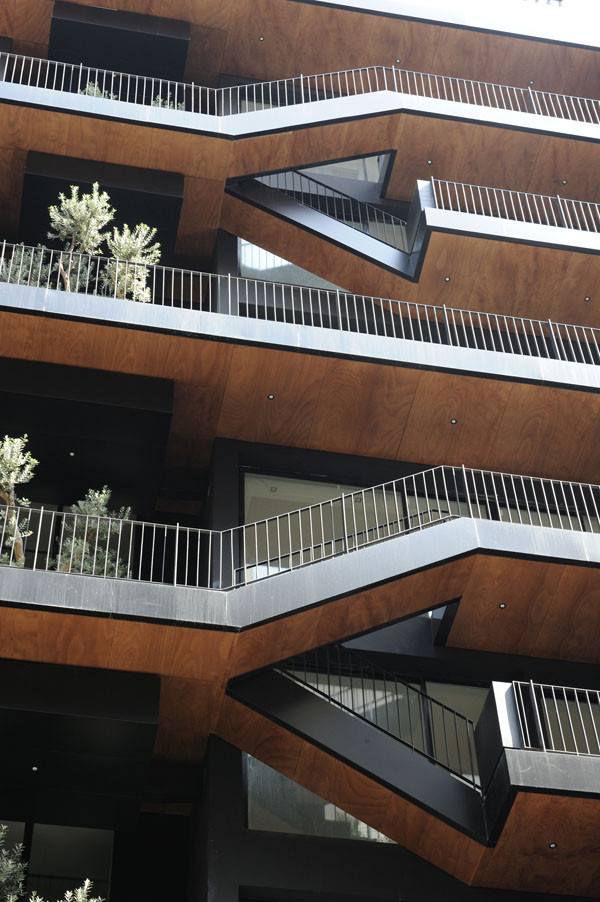 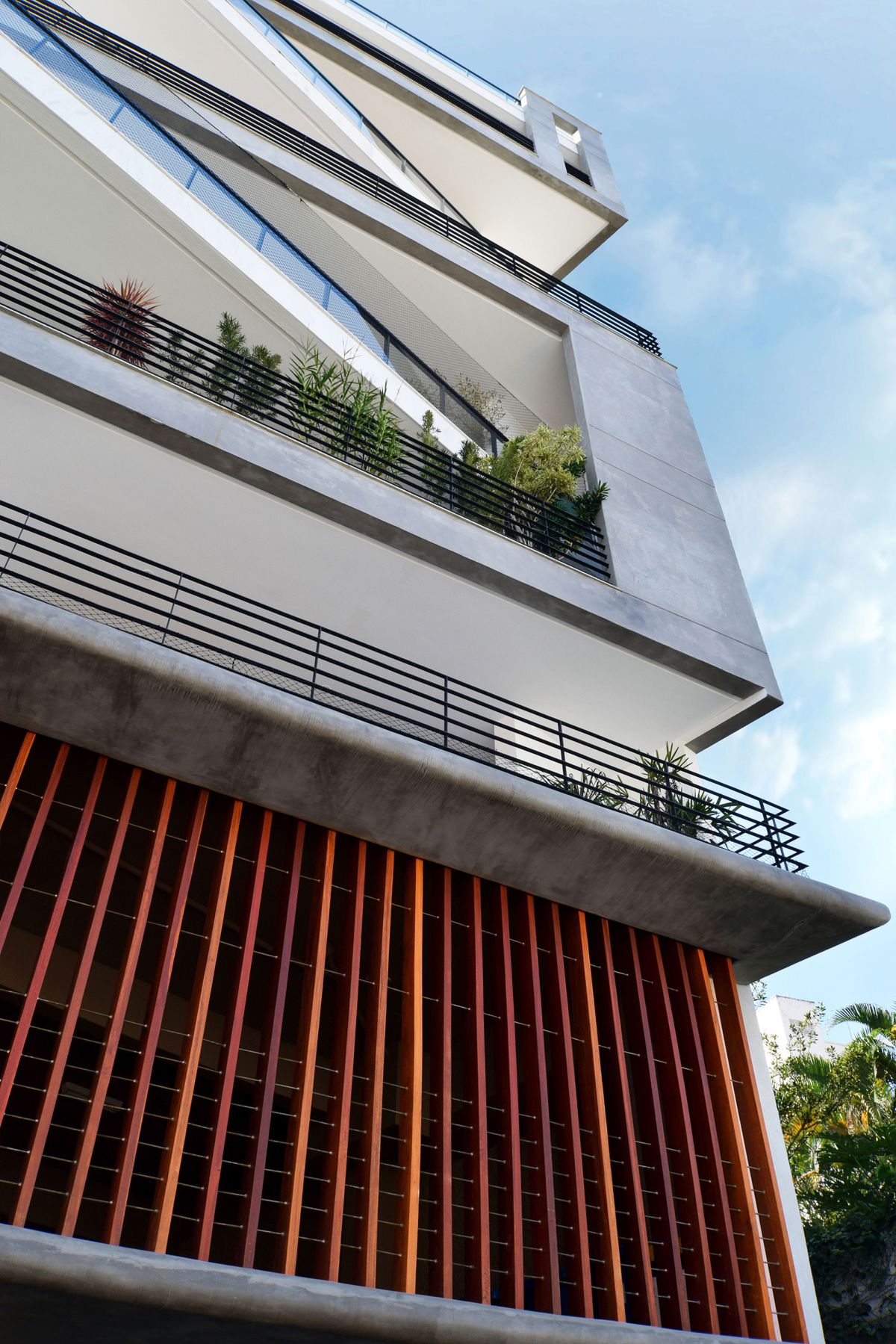 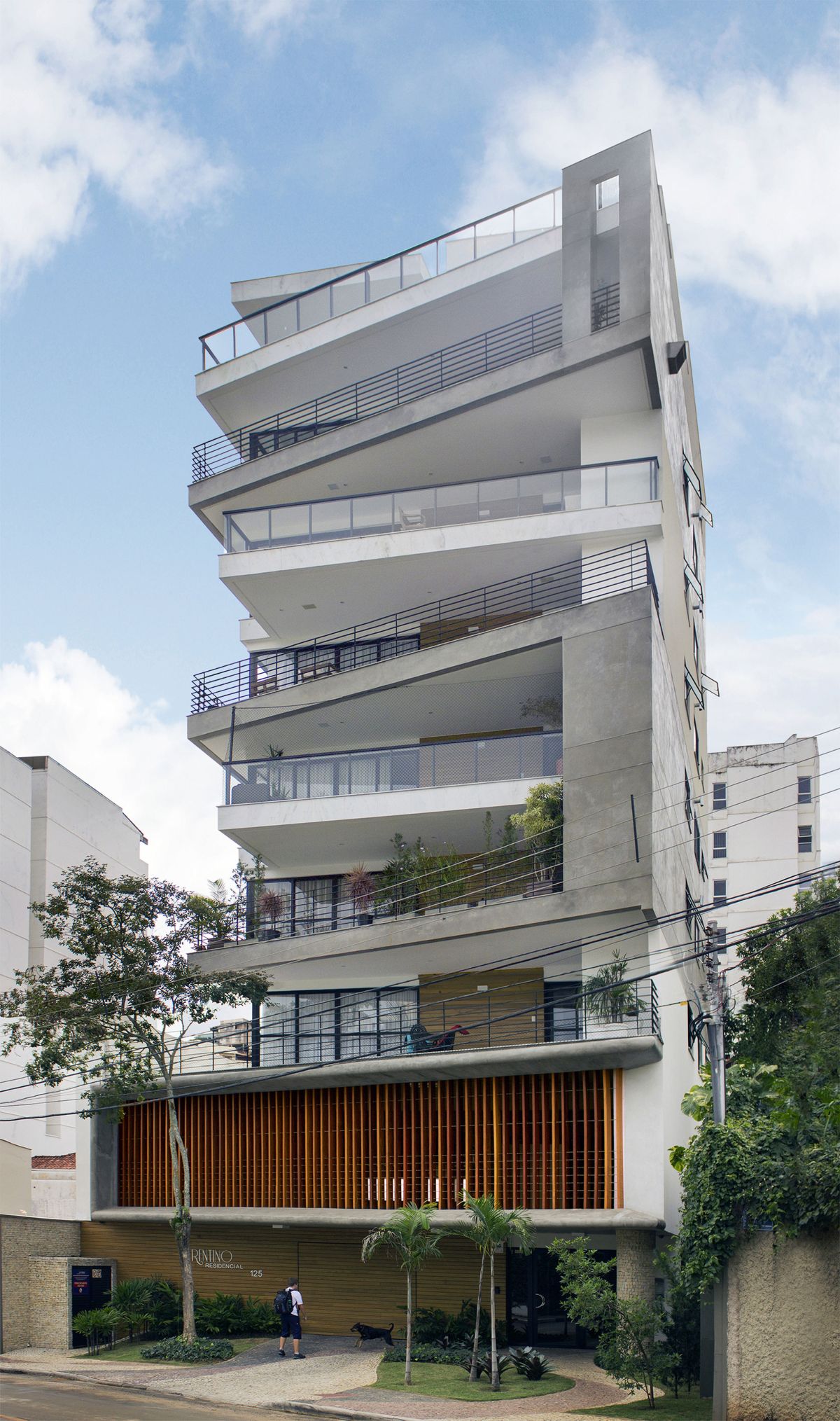 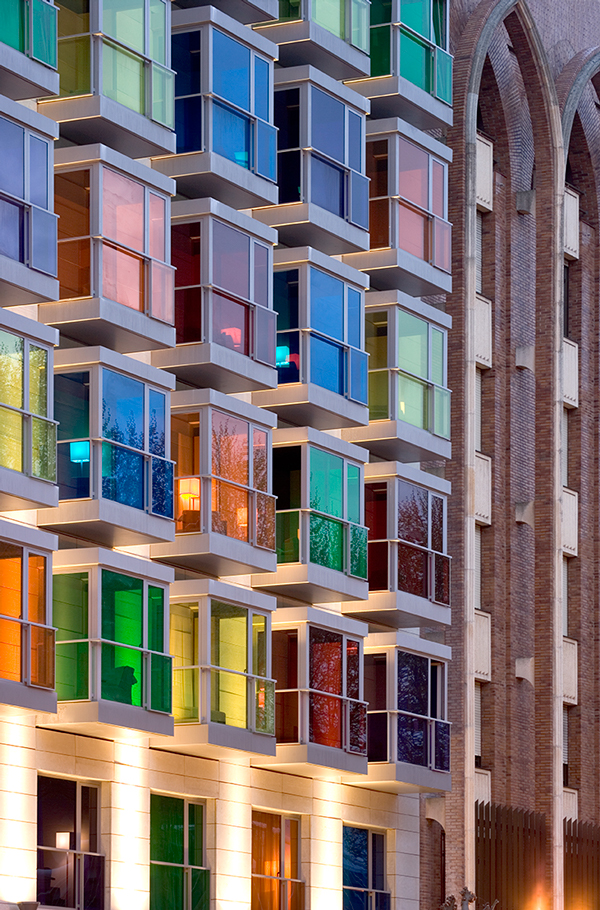 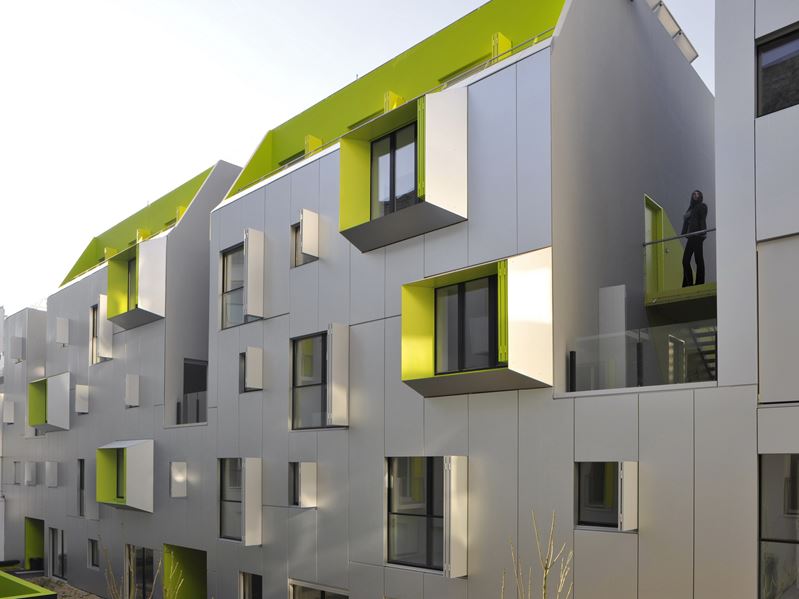 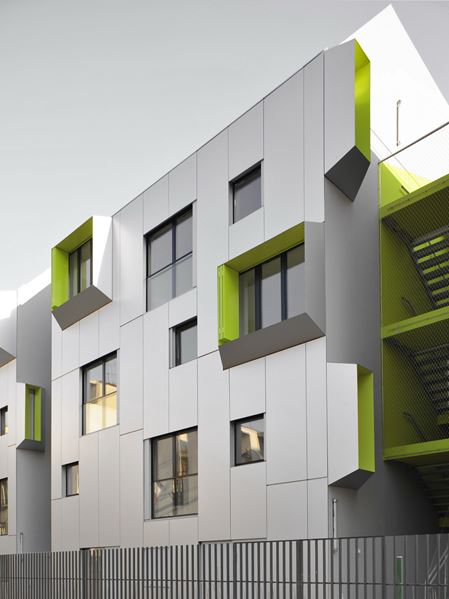 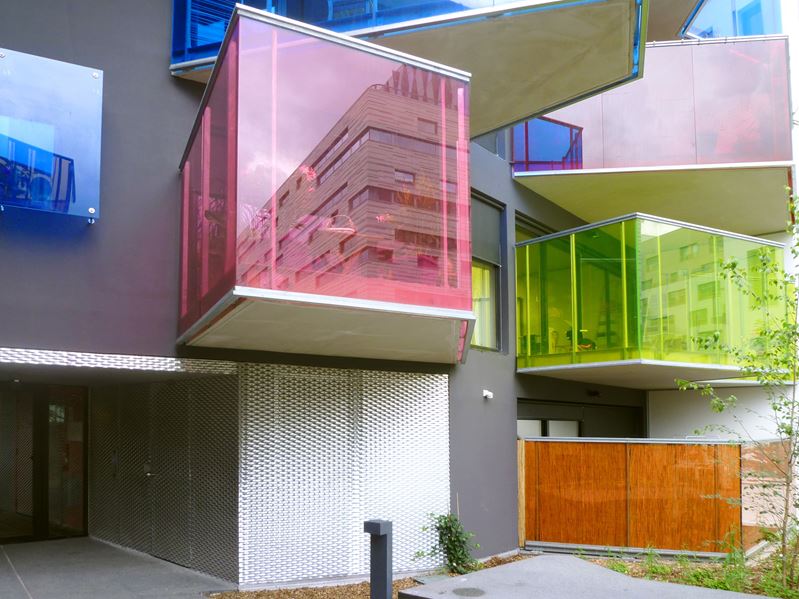 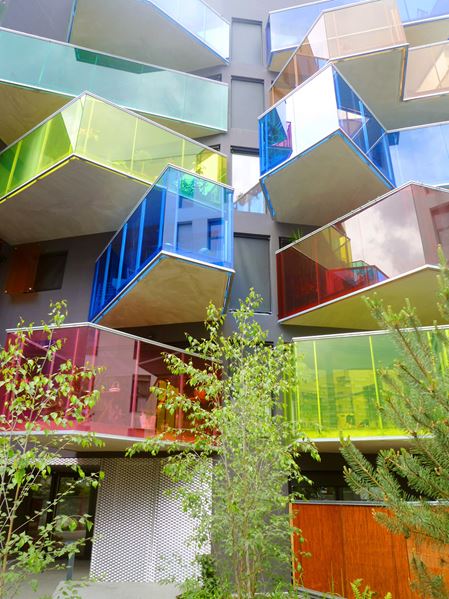 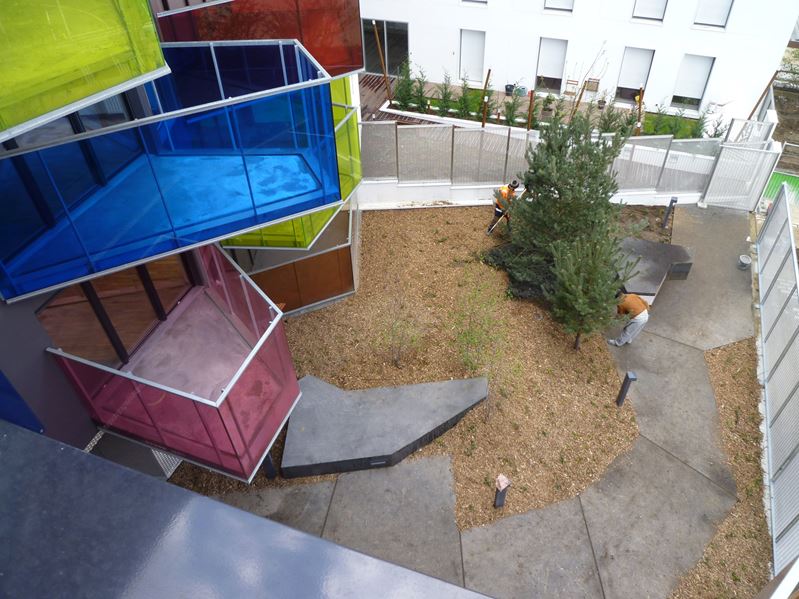 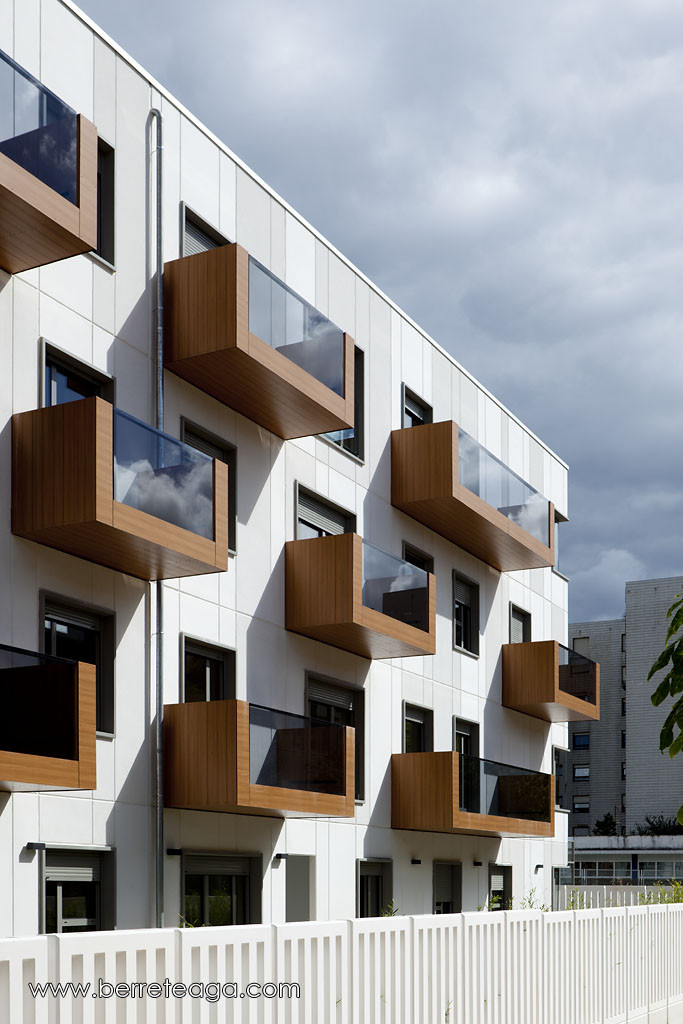 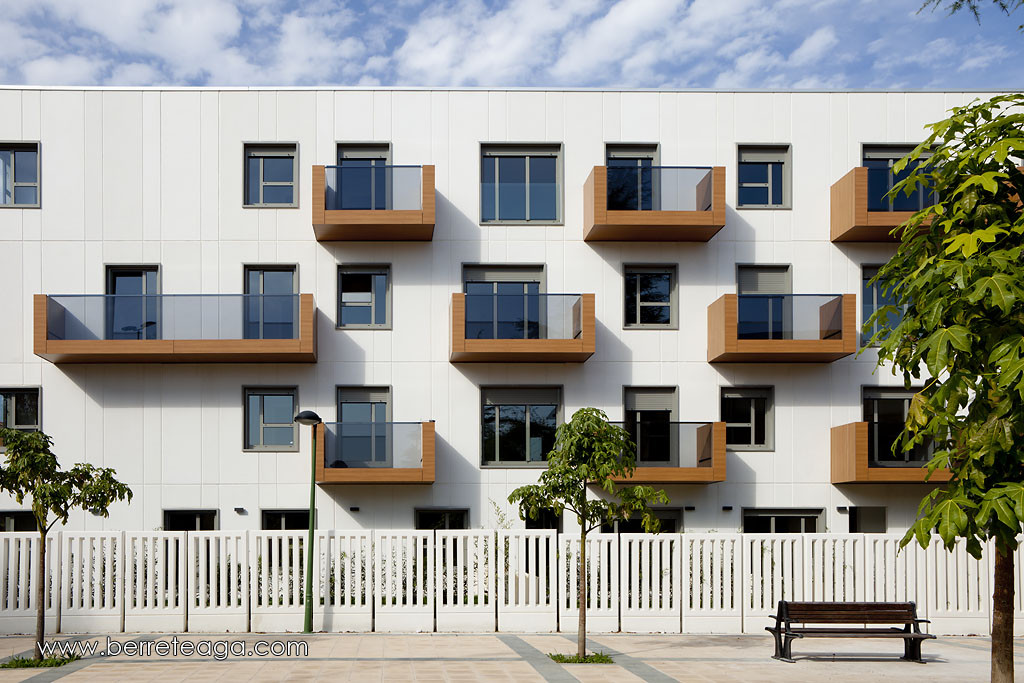 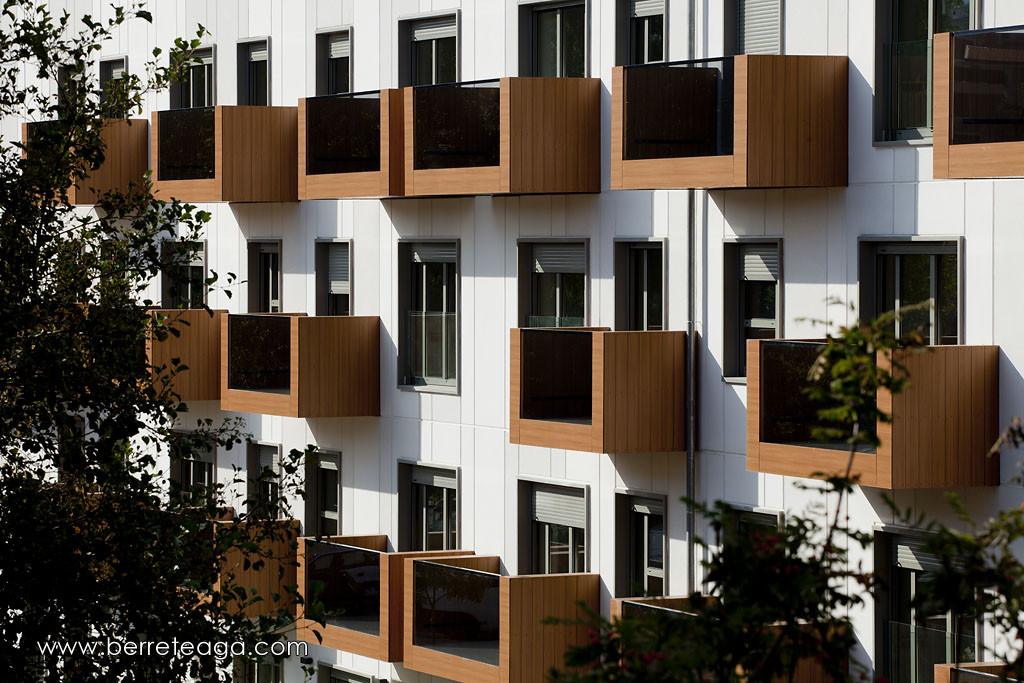 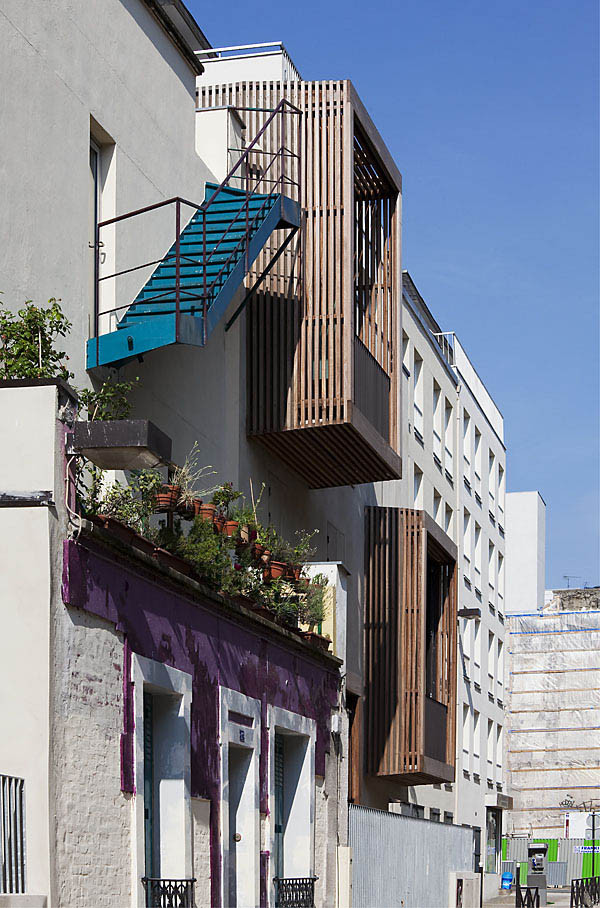 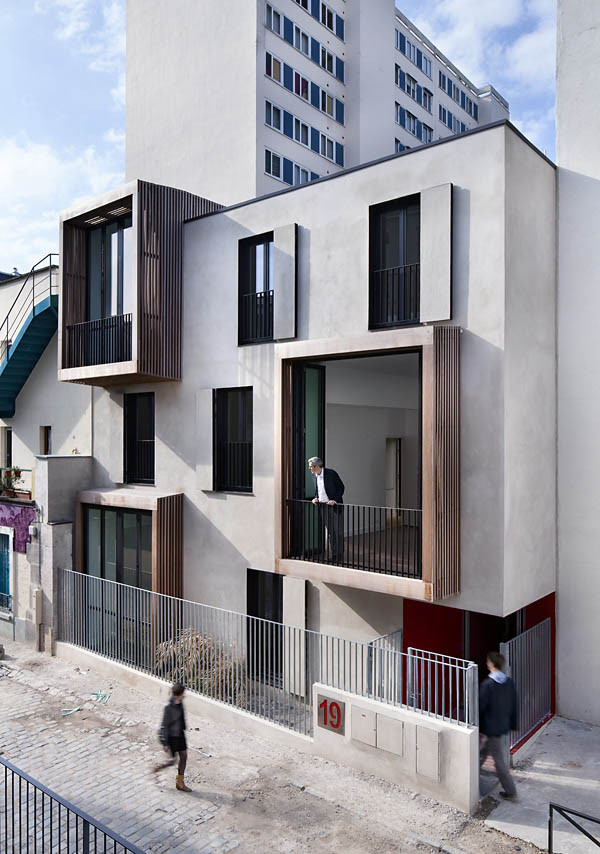 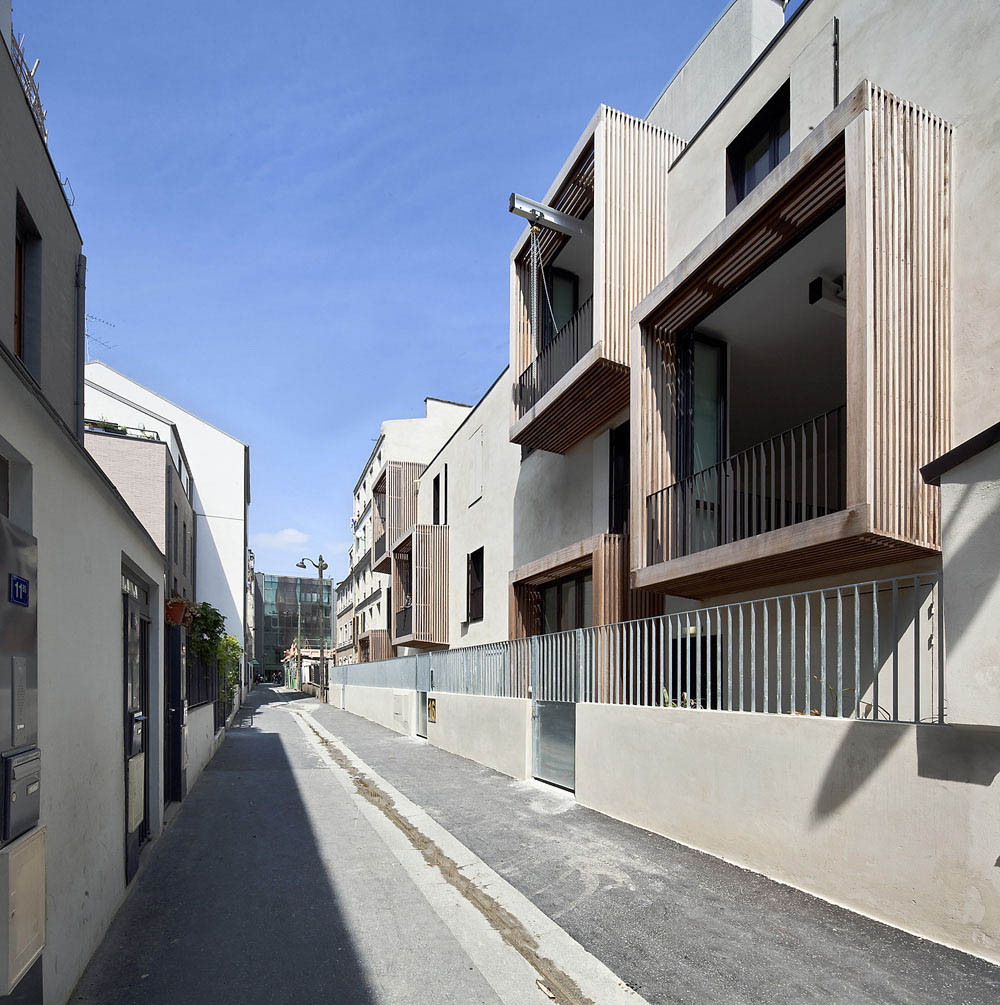 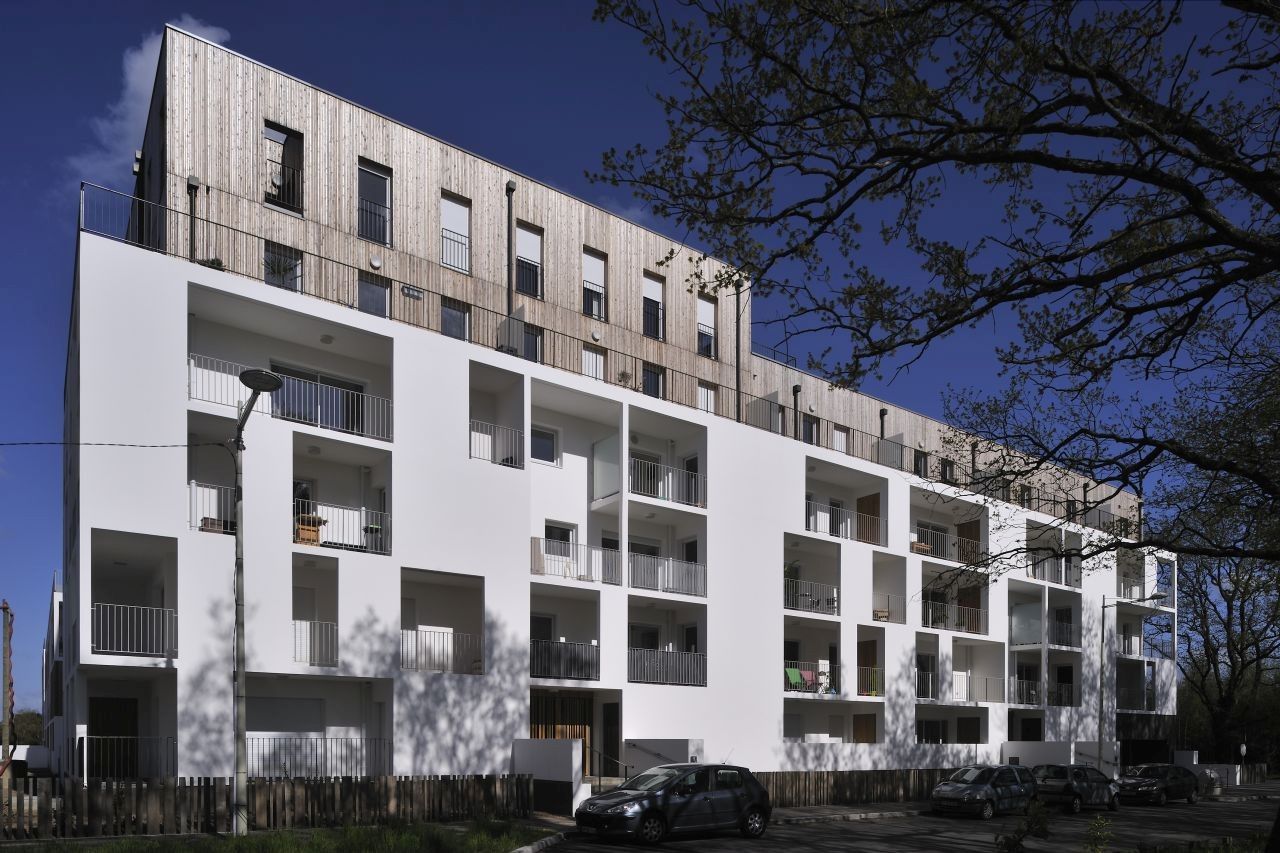 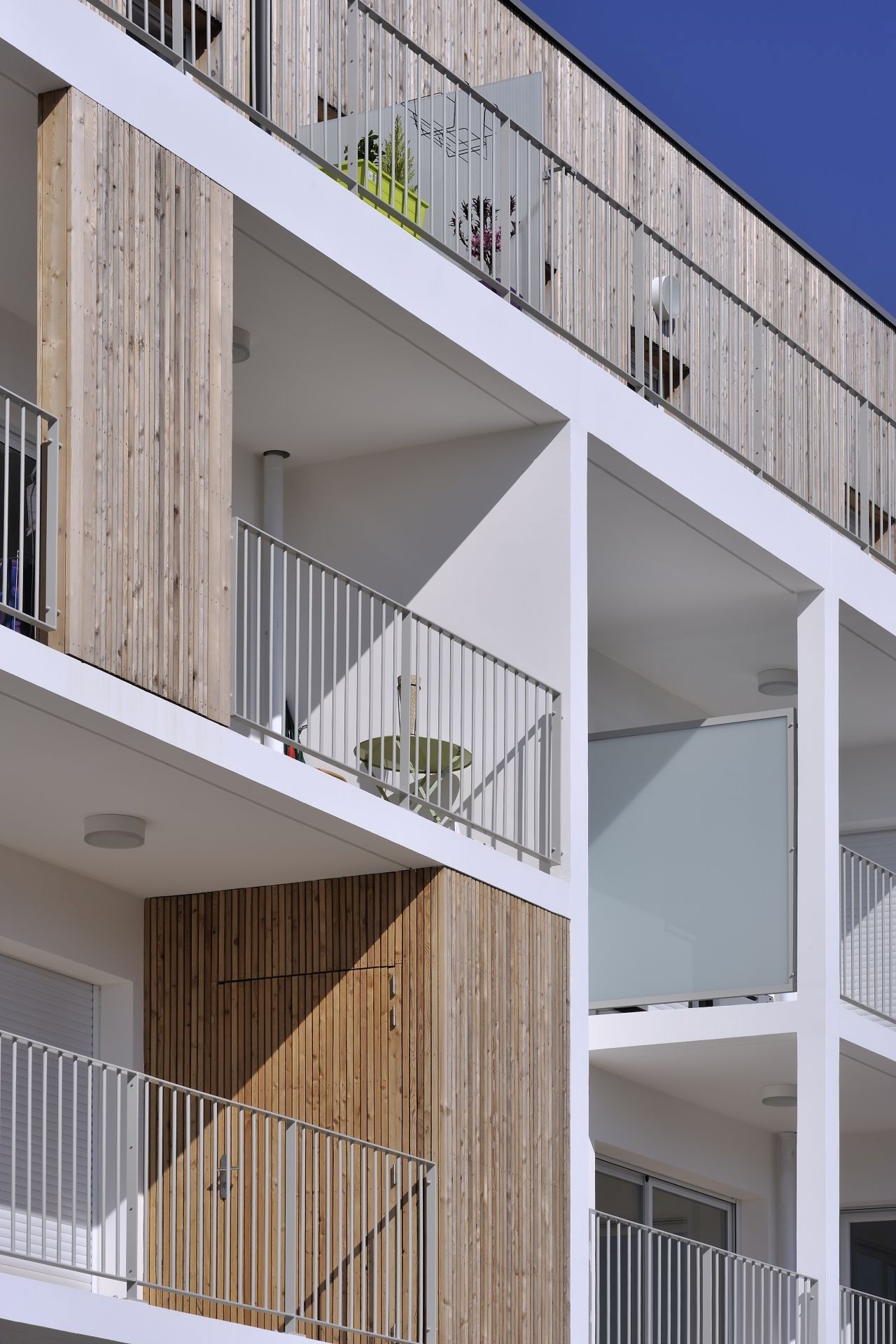 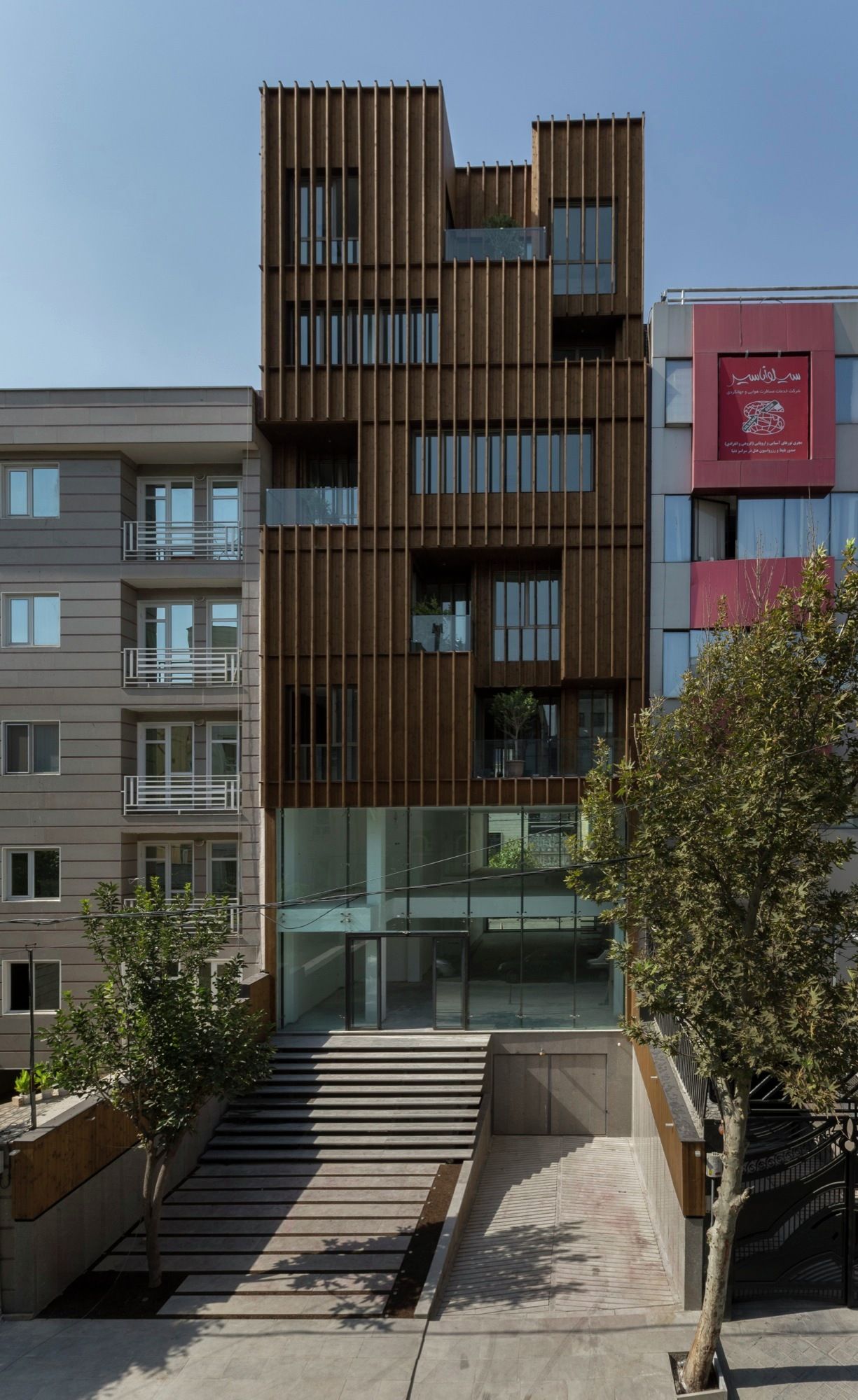 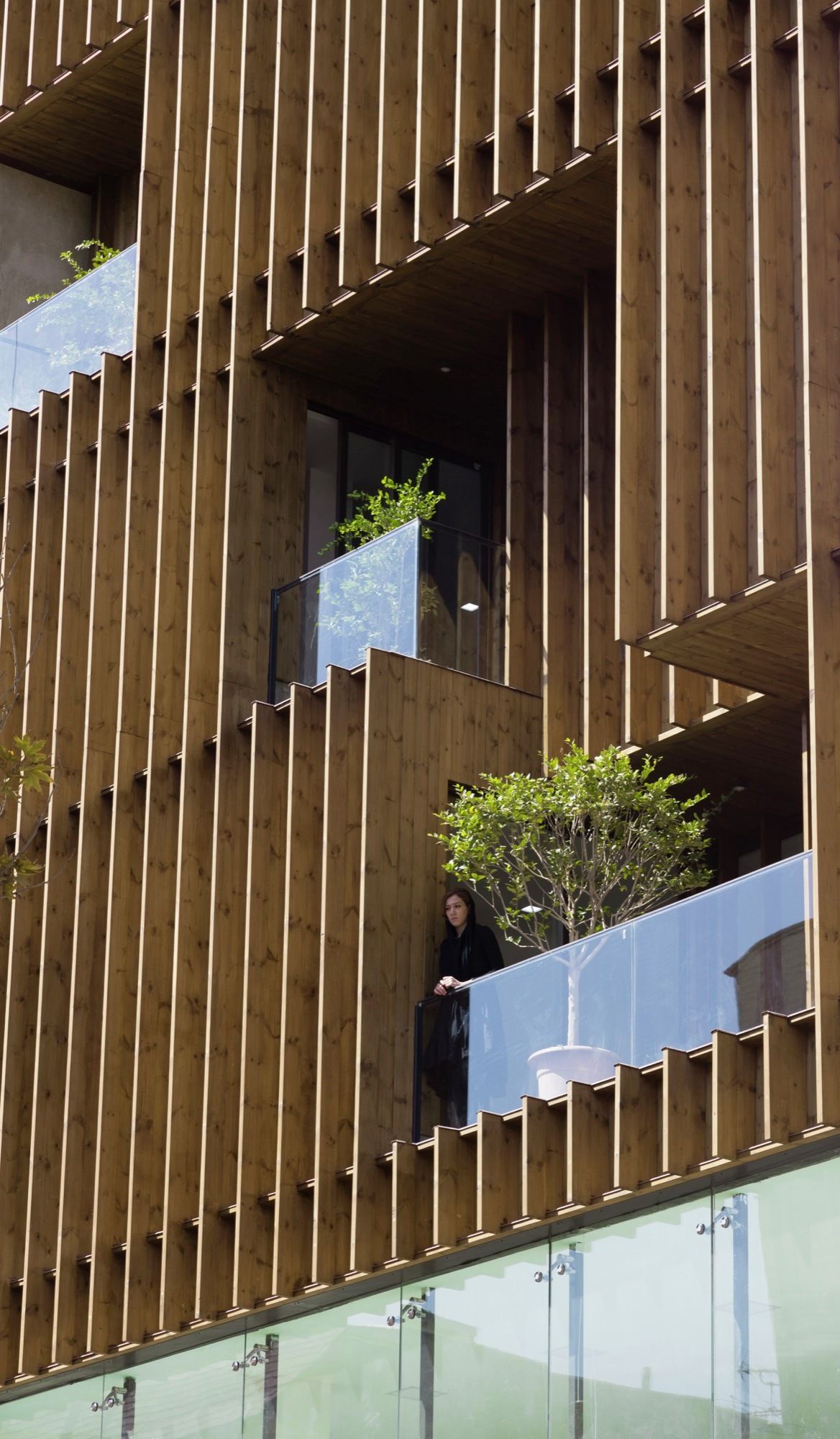 Balconies are not always essential to the overall design or structure of a building. There are however cases when the balconies are an integral part of the building, becoming essential for the facade’s design. These balconies definitely know how to stand out but also to blend in, depending on how you look at things.

With so many possibilities available in this case, establishing a pattern for all the designs that will be presented here is not an option. No two designs are the same and that’s what makes each one special. It’s their uniqueness that made them stand out in the first place. A good example is this gorgeous building facade covered with vertical wood panels that form grooves for the balconies. This is the Saadat Abad Commercial Office Building designed by LP2. It’s beautiful how the balconies communicate with one another and how they each look like a natural part of the facade.

Another example of a building that makes great use of the balconies to look unique is the Esteban apartment complex by Leibar-Seigneurin. In this case the balconies feature various shapes and sizes and appear to be randomly placed, not following any pattern. This is quite unusual by comparison with traditional apartment buildings where everything lines up perfectly.

Two large balconies are all this building needs to stand out. It was designed by Moussafir Architectes and is part of a program meant to rejuvenate certain neighborhoods in Northern Paris. This design strategy is simple and striking. The two balconies slightly protrude out of the building facade and are built from a different materials. In addition, the color also makes them stand out.

Although possible, it’s not necessary for a balcony to be unusual in a very obvious way in order to become an interesting part of the building’s facade. In fact, simple designs such as in the case of the Fadura Dwellings by Erredeeme can add charm to the facade without much fuss. These balconies are elegant and subtle, being arranged in an irregular pattern and contrasting with the light facade.

On the other hand, projects such as the one by Ofis Architects use the balconies to their advantage in a very nice way. These two apartment buildings contain a total of 30 units with dimensions ranging from small studios to three-bedroom homes. The balconies have trapezoidal shapes and they increase the living space inside the apartments while keeping them low-cost. They also offer views to the sea.

There’s a lot to say about the balconies of this building in Bordeux designed by Bernard Buhler Architects. The building sits on a site at the crossroads and this makes every facade the main facade. The building looks colorful and futuristic thanks to its balconies. They’re not all the same. Some are quite simple and resemble hollow red boxes inserted into the gray facades, some are corner spaces and the most interesting ones are geometric-shaped boxes, each with its own unique shape and color.

Paris is the home of another interesting building facade with colorful balconies. This one was designed by XTU Architects and it’s an apartment building. All the apartments have their own balconies and these were designed to cantilever outside the facade all along the courtyard. They have double glass railings which let the inhabitants admire the garden. A series of colored boxes extend outside, adding more floor space to the apartments. These too have glass railings.

Color was the secret weapon of the architects that designed the Hesperia Bilbao Hotel. The building has a unique facade that features small box-like balconies featuring six different colors: red, yellow, blue, green, violet and orange. The colors are randomly organized and they form an eye-catching facade designed to draw attention and to lure visitors in. In addition, the balconies make the hotel look memorable and turn it into a landmark.

Skylab Arquitetos were the ones to design Building Trentino, a sculptural structure found in Brazil. The project was completed in 2013 and the building shows its originality in a very interesting way. The facade is asymmetrical and long balconies with shapes alternating between diagonal and straight are stacked in a casual and sculptural manner. The architects played with shapes and proportions to make the building stand out in a subtle way.

Plot #183 designed by Bernard Khoury Architects is a case where the balconies are seamlessly embedded into the facade and are in fact the main feature that makes the building stand out. The balconies alternate between small and long and they’re interconnected with staircases two by two. They form a geometric design and give the facade an exposed and open look. This building was completed in 2009 in Beirut.

Hotel Golden Holiday in Vietnam is a very beautiful building. It has a gorgeous facade populated with suspended balconies of various dimensions. The balconies are in fact similar to open terraces and they’re decorated with living plants and small trees. Their fronts are white but a thin wood panels form can be seen from underneath. This adds an unexpected tough of color to the building. The hotel was designed by Trinhvieta Archtiects.

As you can see, there are plenty of ways in which balconies can influence the design of a building. They can be simple like these ones, with clear glass sides and colored fronts and they can serve as sculptural details for the facade.

But they also be very bold, featuring vibrant colors. A set of playful balconies like these can beautifully rejuvenate an old building or make a new one look cool and stunning. Either way, they definitely make statement.

There’s also another possibility to take into consideration. A series of balconies with interesting and unusual shapes can definitely give a building a lot of character. These ones are triangular shaped and they’re placed at various angles so there’s no noticeable pattern on the facade. They also project matching shadows on the building facade, giving it an even more intriguing look.