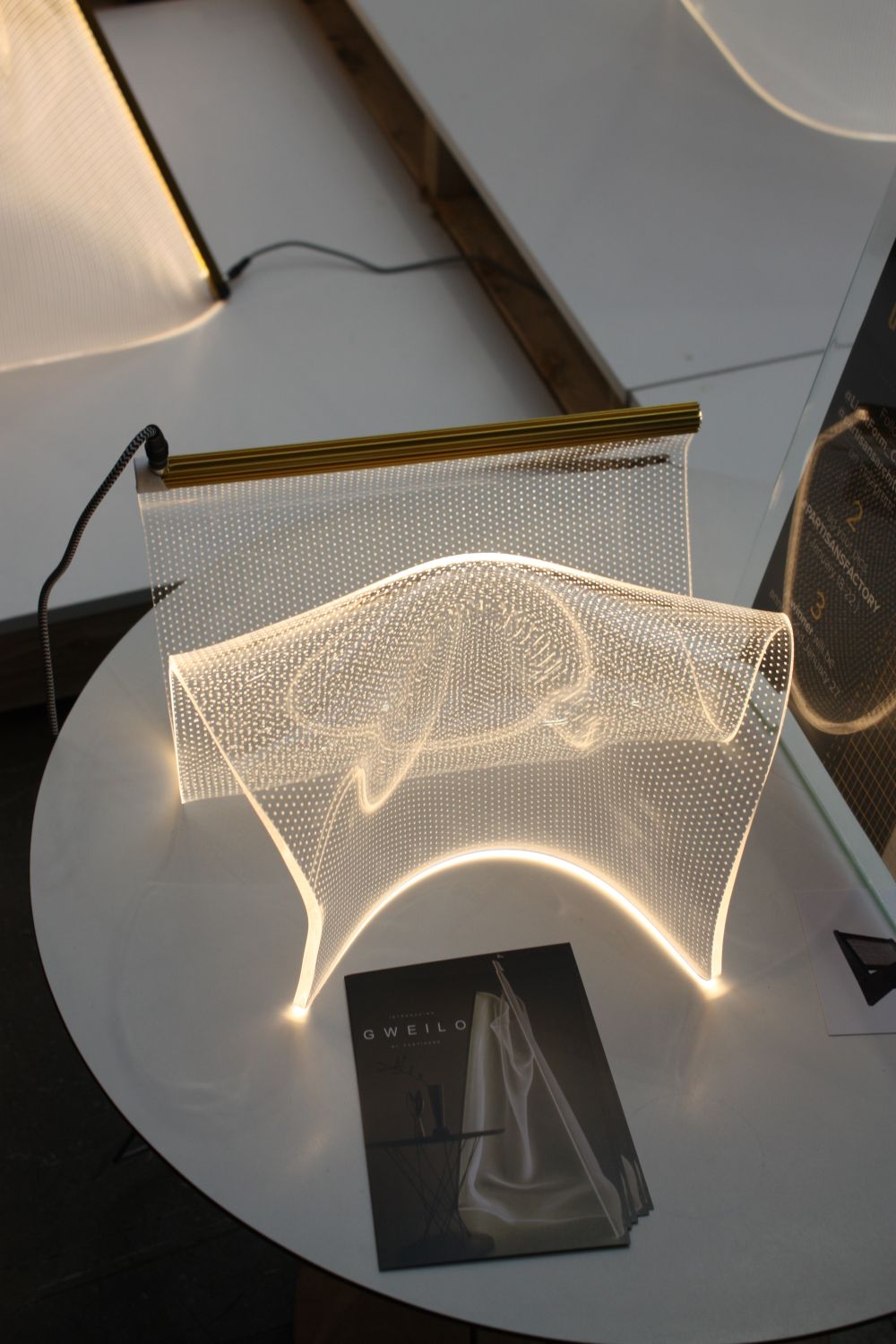 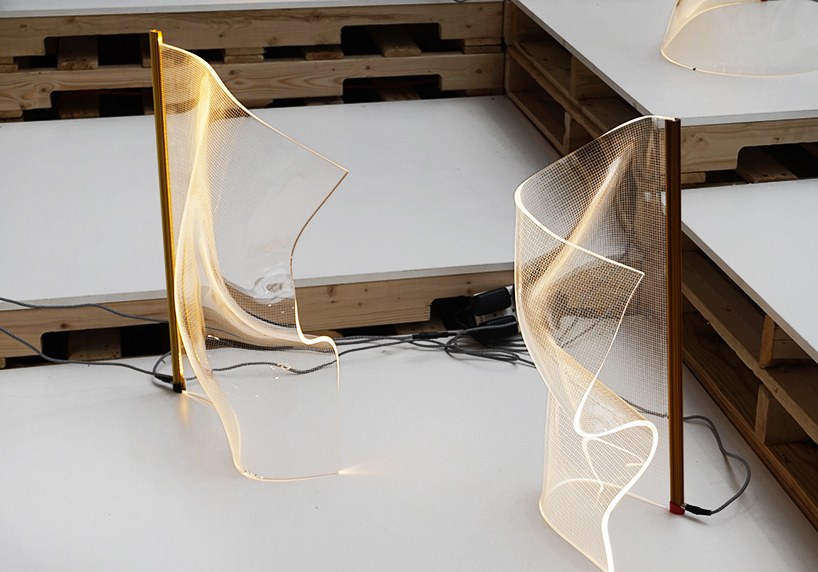 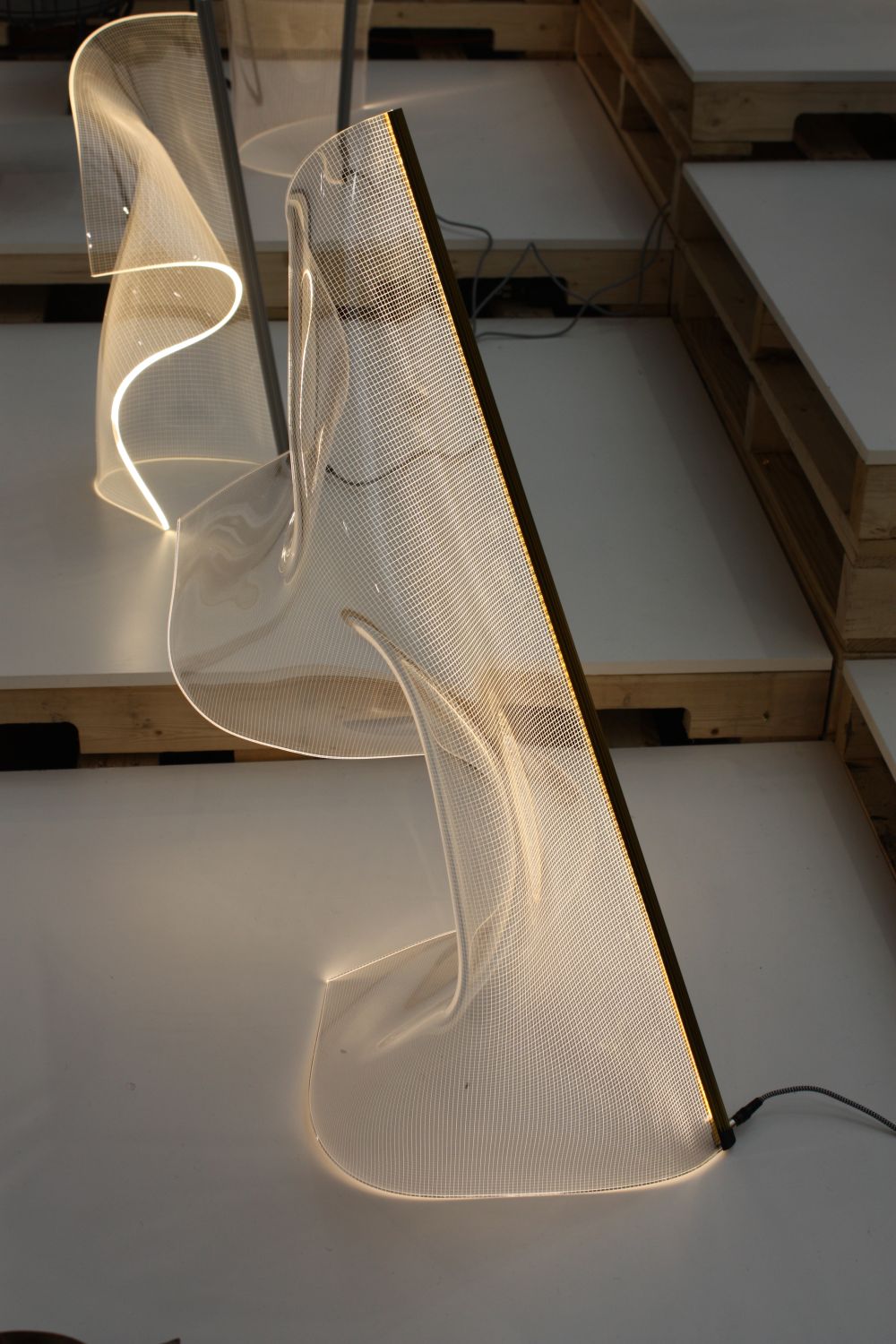 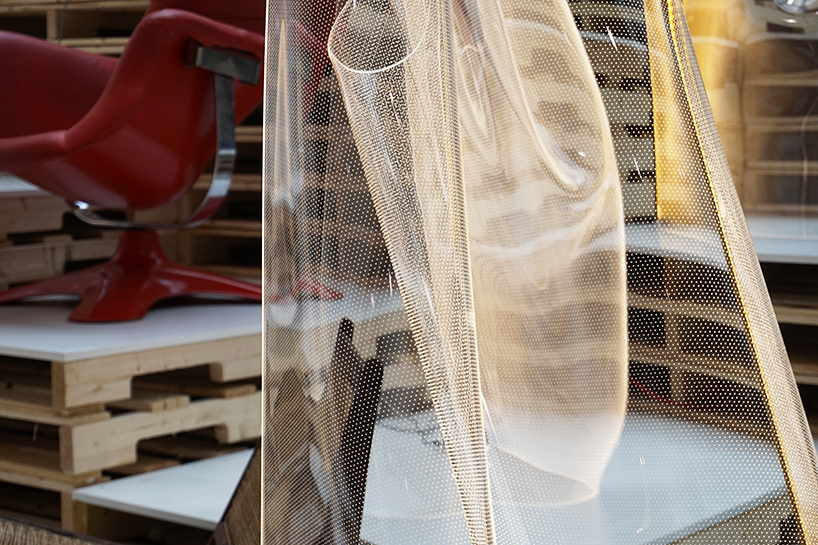 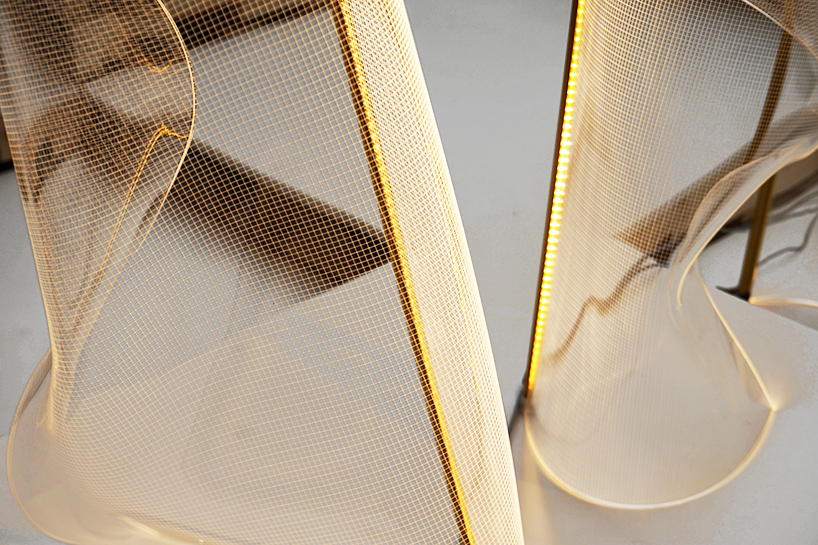 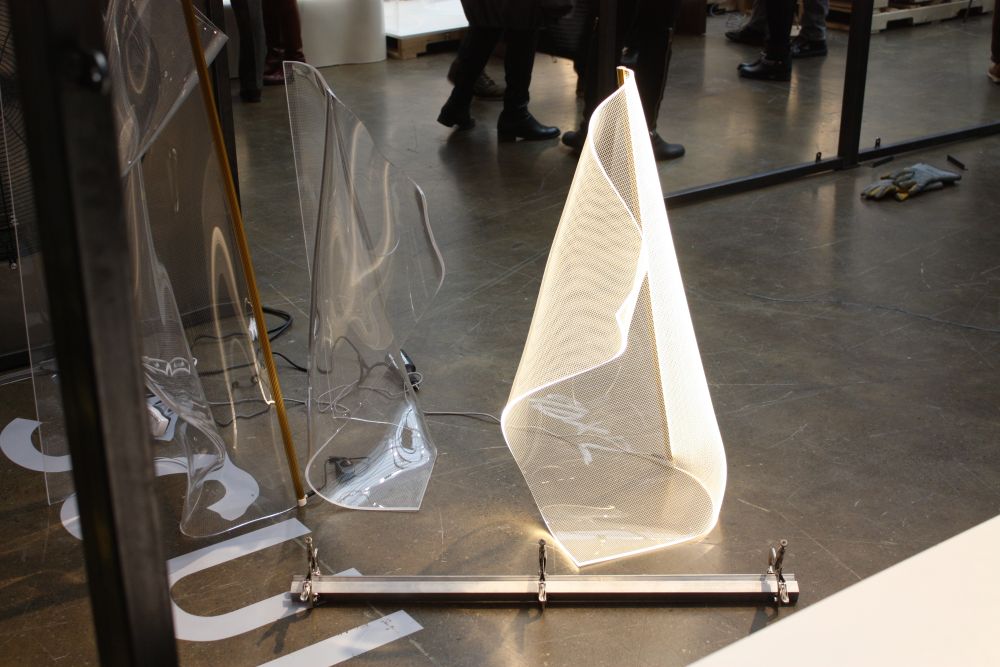 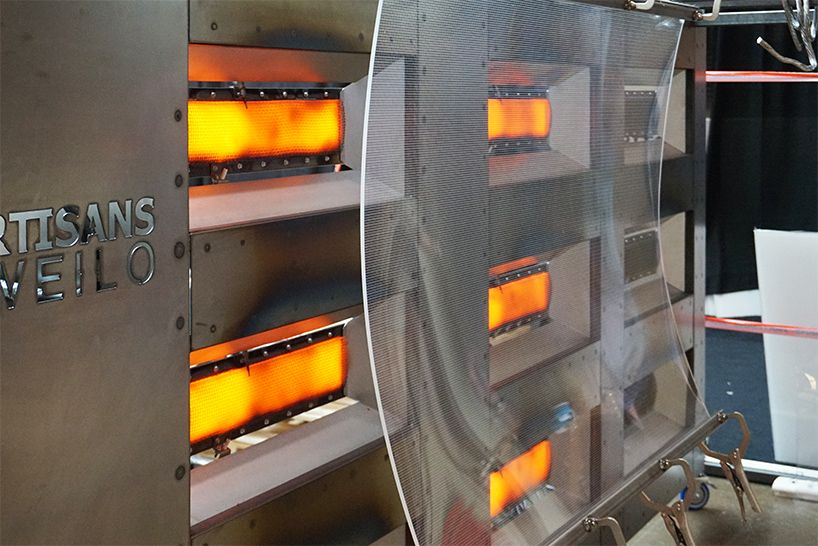 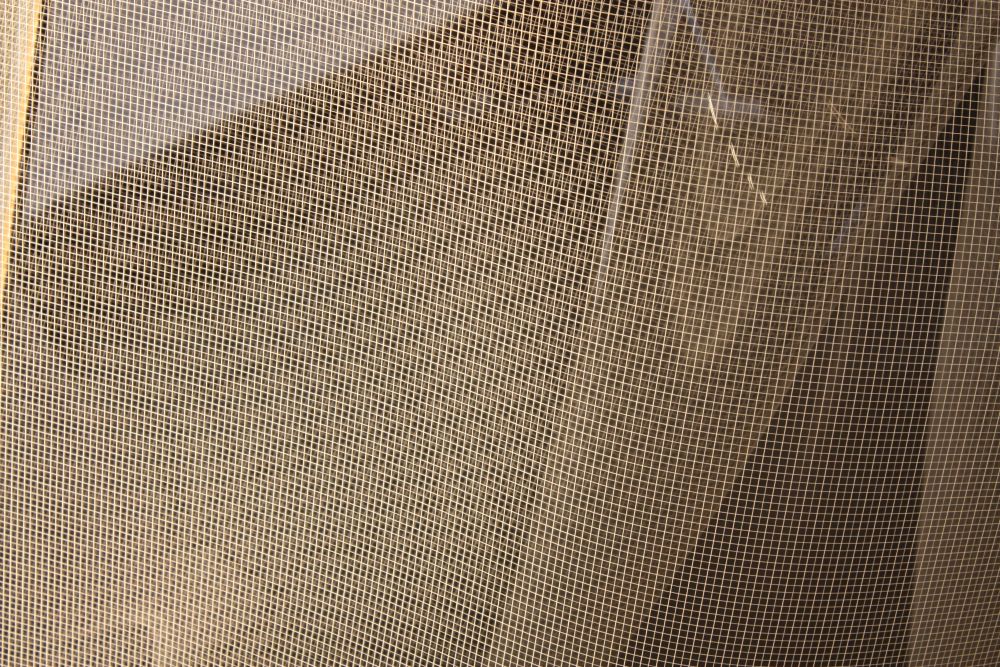 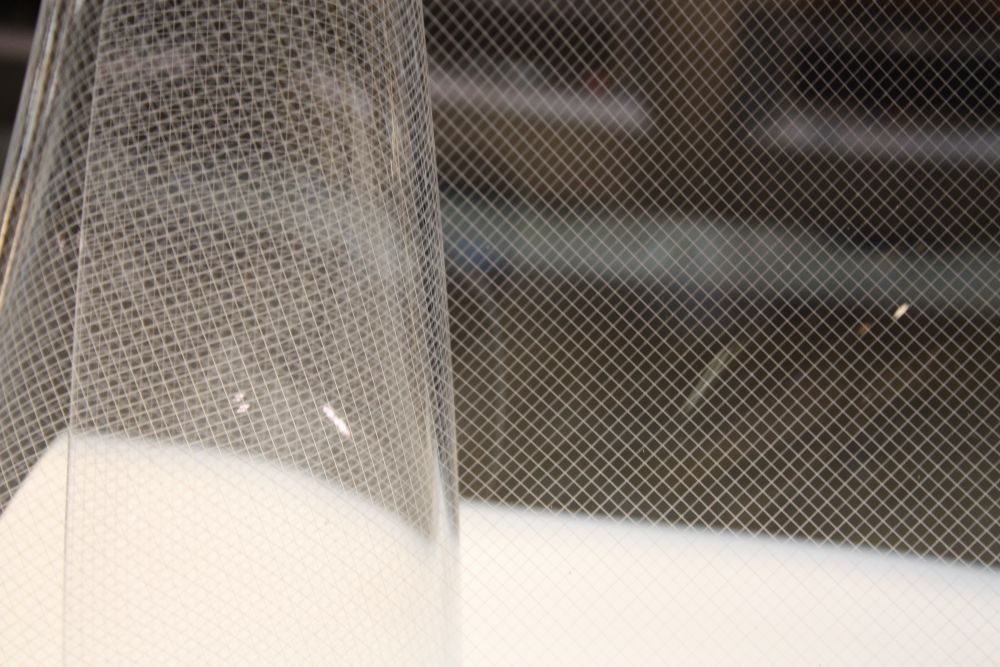 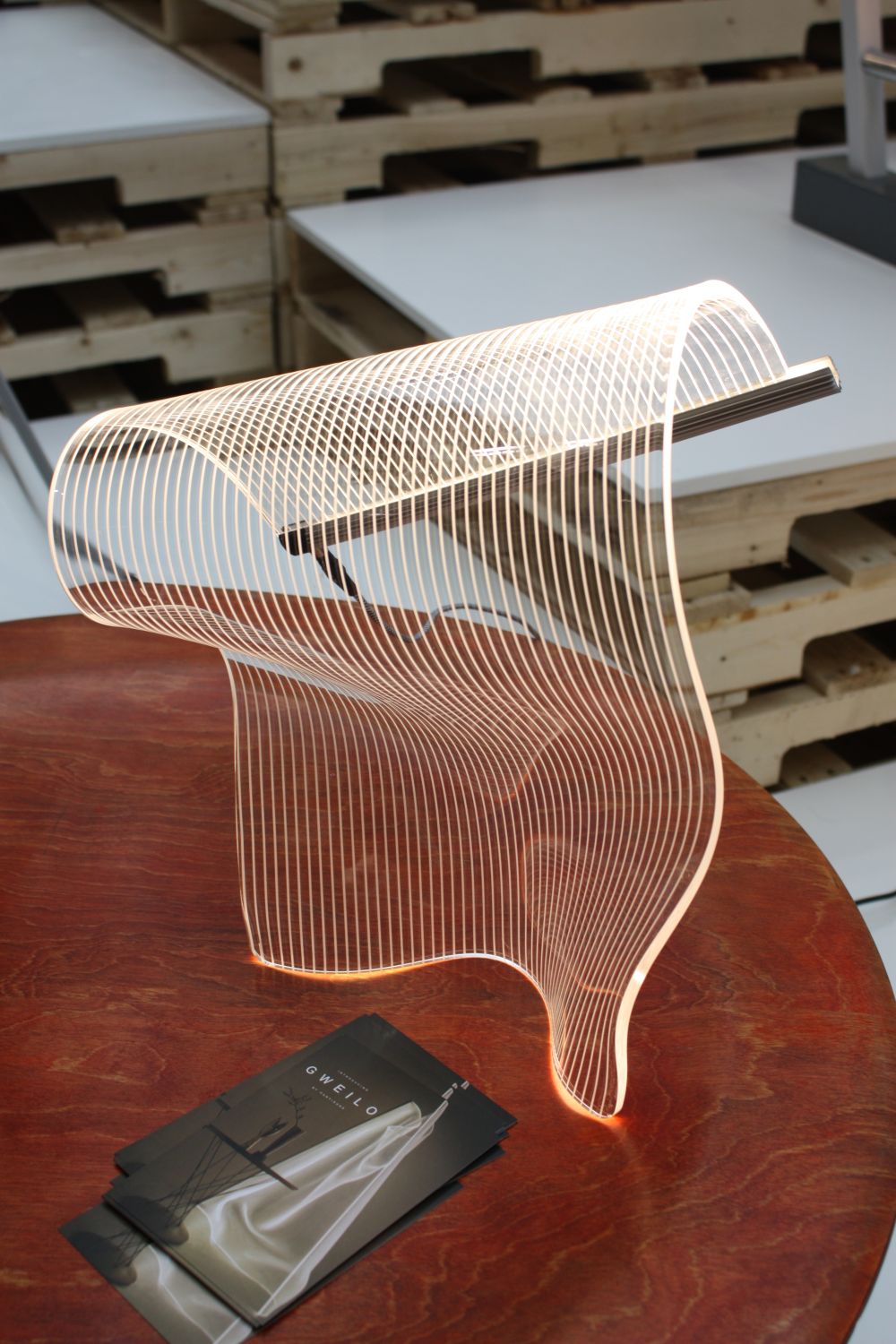 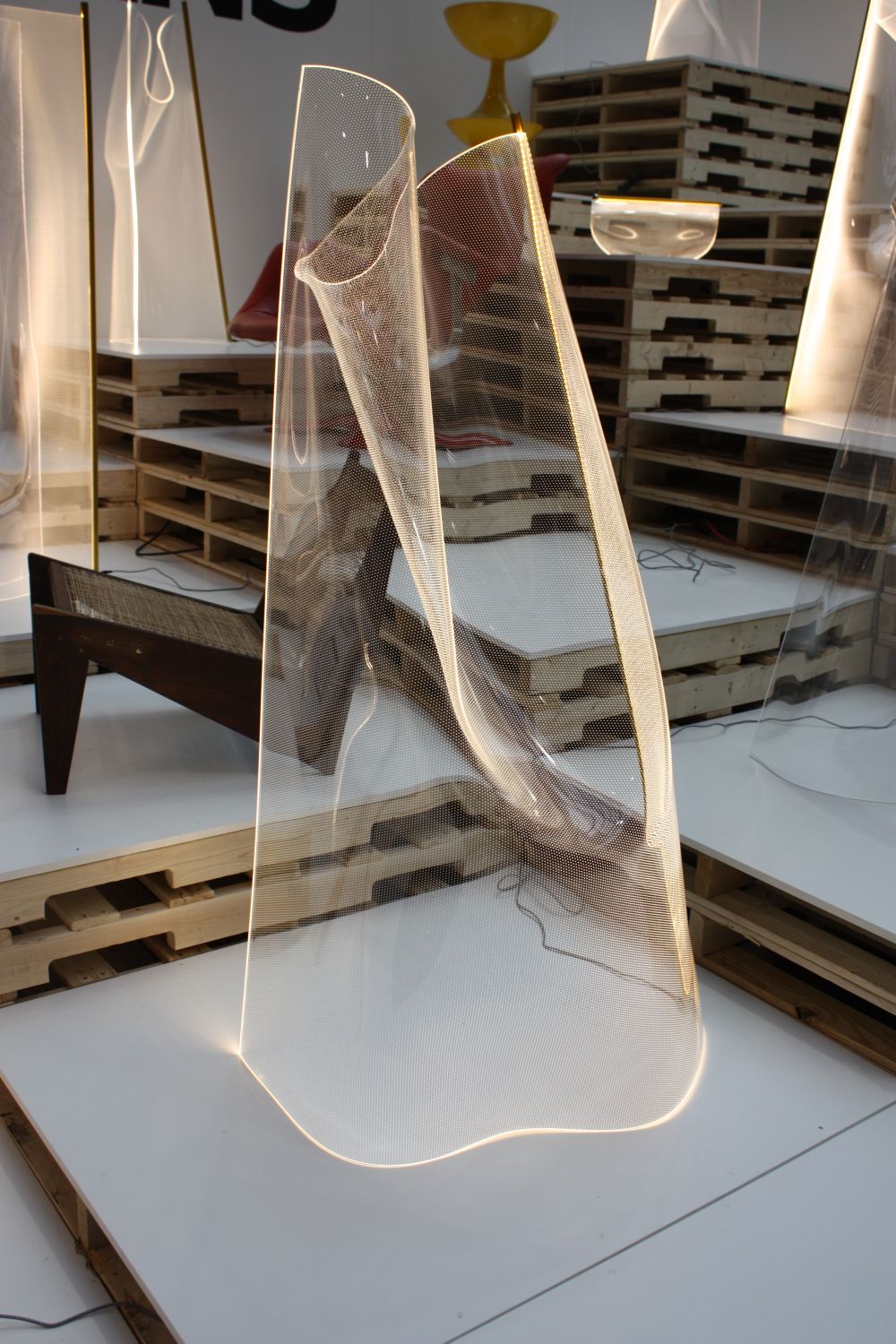 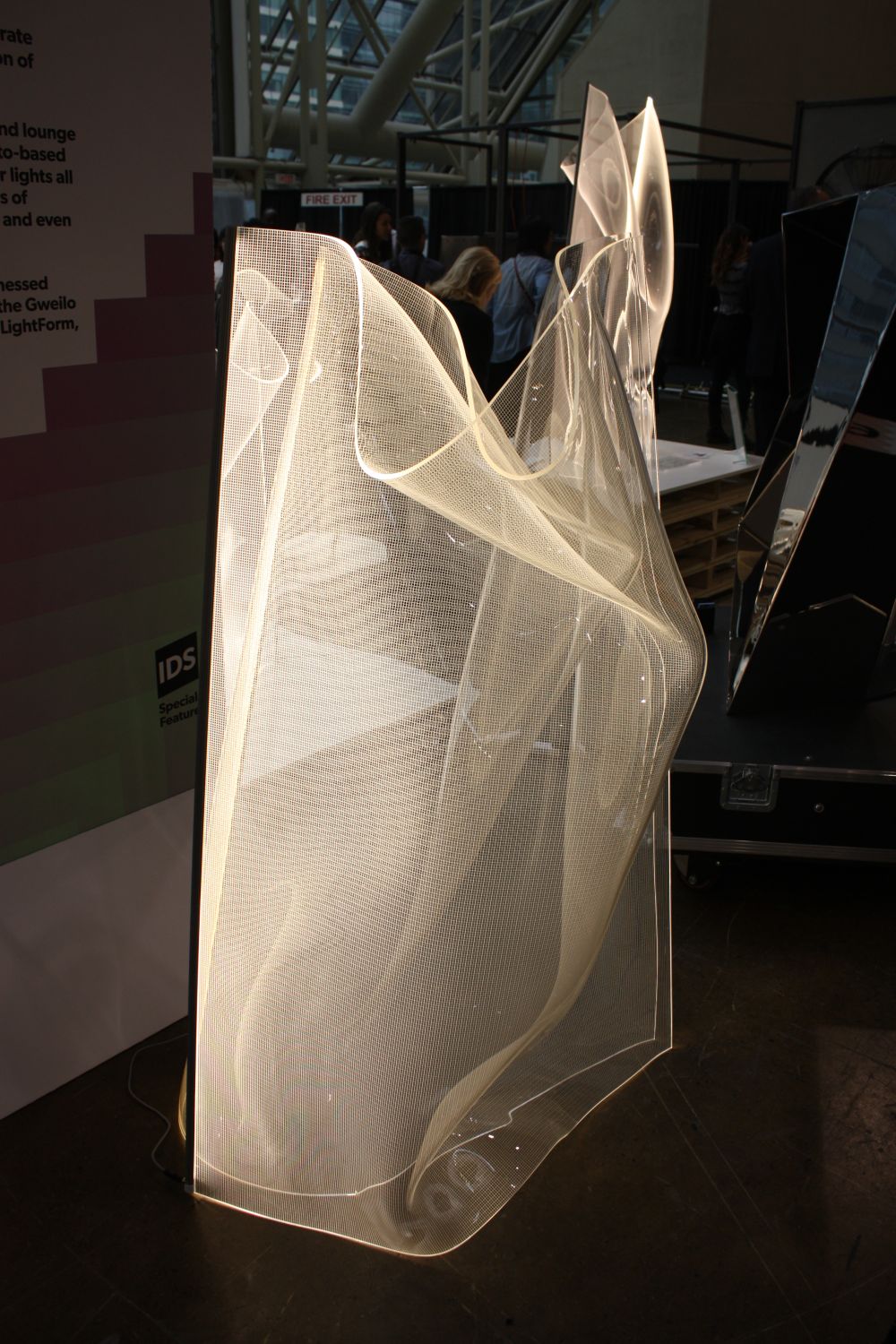 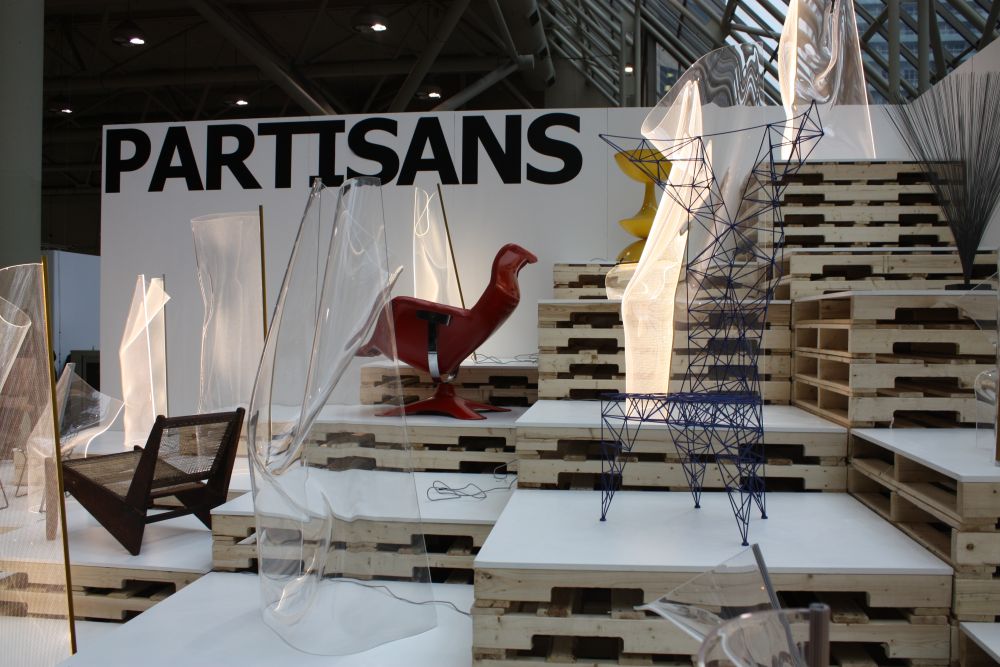 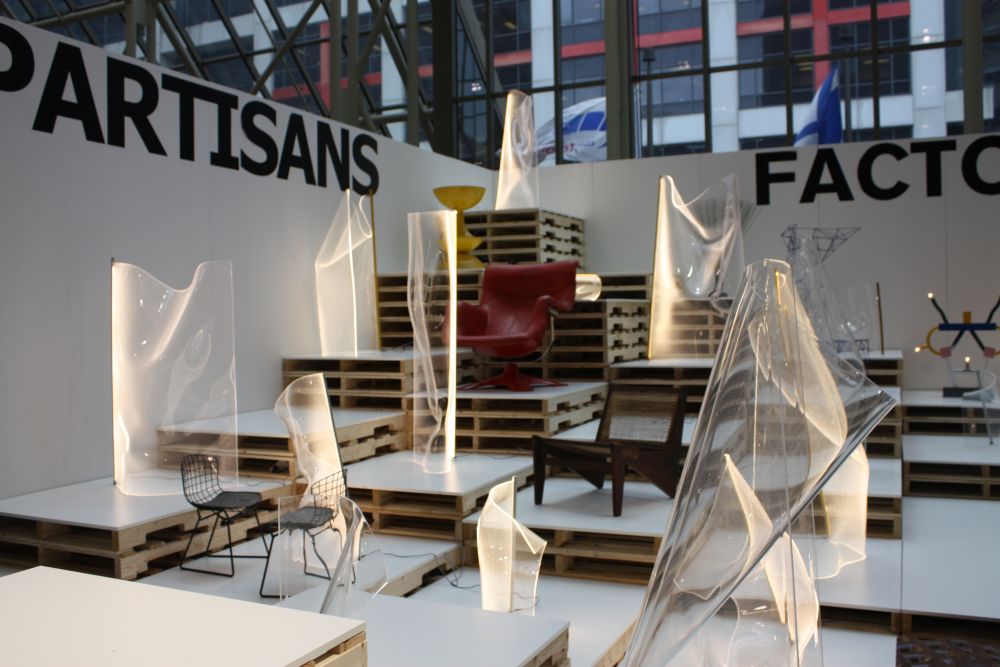 The PARTISANS Factory drew a lot of attention at IDS 2017. Indeed, it looked like “equal parts fabrication warehouse, artist studio, and lounge party.”  Attendees flocked to the booth not only to see the fantastic ghostly lights, but to watch the creation process itself.

PARTISANS is based in Toronto. Primarily, it is a studio that focuses on craftsmanship, technology, and storytelling. For IDS, it showed an array of completed “Gweilo” lights. In addition, it set up a working factory and artisans created the lights on site.

PARTISANS worked with Lightform to create the collection. Above all, they were driven by “the idea that light itself could be harnessed and manipulated to create a physical sculpture.” As a result, the design looks like a flowing, folded sheet of light. The sculptures naturally come in an array of sizes and make great accent lights, tabletop décor, and room dividers. Without a doubt, the designs are airy, sublime finery and they can ignite the energy of any space.

In the display factory, artisans demonstrated how they make the Gweilo light.

How is the Sheet Lighted?

An extruded metal strip embedded with LED lights is then attached to the straight edge of the fixture. When switched on, it sends light rays through the etched lines, giving the entire sheet an ethereal glow. Rather than just using an architectural fixture to project light, Gweilo transforms light itself into a stunning architectural structure.

Creating for the Greater Good

Gweilo earned a good deal of recognition long before attracting a huge amount of attention at IDS. First, as a mere prototype, it won a LAMP Award in 2015. Next, it got the AZ Award for Best Lighting Installation in 2016. Now, PARTISANS is manufacturing Gweilo in Ontario. Furthermore, they are distributing the light sculptures in North America and internationally in cooperation with LightForm.

Creators note that Gweilo is scalable and well in installations of all sizes.

A Road to Expression

PARTISANS says Gweilo is a natural project for the studio.  The creatives call themselves architects, thinkers, and cultural enthusiasts devoted to smart, beautiful, and provocative design. “We tell stories, but not just any stories…Stories that spring to life through spontaneous mutations and unexpected cracks. Beauty emerges when design misbehaves.”

LightForm is distributing Gweilo and has helped Canada’s design professionals light projects since 1987.

The company is fueled by its passion for well-lit spaces. Lightform is also committed to “understanding lighting’s power to influence the ways in which we feel, behave, and even interact.”