Wax can be a pain to get out of carpet. It dries in seconds and leaves a hard spot that seems impossible to get rid of. But it isn’t as overwhelming as it may seem to get was out of carpet. A few tips and tricks are all you need!

As with any method, you need to be careful when removing wax from carpet. These methods involve both heat and strong substances. An adult should be the one to get wax out of carpet and only an adult.

If the wax in your carpet has an odor that is bothering you, try these methods to get dog pee out of carpet. They are proven methods that can remove any odor, as dog pee is one of the strongest odors left in carpet.

Although most wax items in the home are made with the same type of wax, there are other alternatives that are becoming increasingly popular. Most are natural as people are becoming more aware of endangering the environment.

Most likely, the wax that has stained your carpet is made from one of these. Learn which one so you know which one you’re dealing with before you get started. Getting a headstart is always a good thing.

This is the most common type of wax used. Crayon wax, candle wax, and wax cubes are all usually made from paraffin wax. It is made from petroleum and gives off benzene when burned. This is why many companies are straying from it.

Coconut wax is highly-preferred by many. It is natural and safe for the environment. Small business candle makers often use coconut wax, but you won’t find it at large retail stores very often, if ever.

Unlike other natural waxes, coconut wax is actually softer than paraffin wax. So it may solidify differently than standard wax and will be easier to remove. It also may be pastier than the harder paraffin wax.

Soy wax isn’t ideal for everyone, because it can release allergens into the air. Unlike beeswax, it isn’t a natural cleanser. Soy wax is denser than paraffin so it will require more heat to melt than standard candle wax.

Most natural candles contain soy wax as opposed to other natural waxes because it’s cheaper. So if you have a cheap natural candle, it probably has soy wax in it. It will look very much like paraffin.

Beeswax is generally well-favored. It releases negative ions when burned that eliminate dust, mold, and other allergens. It literally cleans the air. And it is also even denser than soy wax, so cleaning it is a little tougher.

That said, if it lifts off, it will lift off all in one piece because it won’t spread as fast or as thin as other waxes. Thinner waxes will spread more but won’t be laid as thick. So there are pros and cons to both thick and thin wax.

Palm wax is a wax that is made from palm tree oil. It is a harder wax like other natural waxes so the same struggles will be faces. However, it isn’t recommended to use palm wax if you’re going green, ironically.

This is because palm trees are becoming endangered as they are being harvested for things like palm wax. If your concern is for the environment, choose another natural wax. Beeswax is always a great option, but coconut wax is even better.

Although rosin isn’t really wax, it is often paired with wax. For example, many-body waxes contain both beeswax and rosin. It can also be found in makeup, adhesives, and other household materials.

Rosin adds a sticky texture to waxes and can crystallize when it hardens. However, it doesn’t change the cleaning process much because whatever you use to clean the oil will be strong enough to remove rosin as well.

How To Get Wax Out Of Carpet

Now that you know the different types of wax, we can get into how to remove it from your carpet. This method is one of the only methods that has been tried and tried again, rarely failing to remove wax from carpet.

Make sure you follow each step carefully to avoid any accidents and to ensure that you are doing your best to get wax out of that carpet.

It’s hard to catch wax when it’s warm and liquified. Wax hardens in seconds so even if you see the spill, you won’t be able to clean it up when it’s in that form. So these instructions are for solid wax.

It should be noted that even if the wax was soft, it is easier to clean up once it’s completely hardened. After reading through this method, you’ll understand why.

The first thing you’ll want to do is take that bag of ice cubes and put it on the wax. This will harden the wax and make it much easier to peel up. Sometimes, it will come right off after freezing it, depending on the severity of the stain.

If the bag starts to “sweat” then you’ll want to wrap it in a hand towel. This will keep it from getting the wax wet and lengthening the process. If the wax gets wet, it won’t be as hard or as solid, and won’t peel up as easily.

After a few minutes, the wax should scrape off with a butter knife. Be careful when you use the knife, especially if it’s sharp, because you may cut the carpet. Try to cut only the wax. For best results, use a dull knife.

If you don’t have a knife on hand, you can always use a credit card or something else with a solid edge. The knife isn’t used because it’s sharp but because it has a solid, straight edge that can peel the wax off.

You will definitely want to vacuum up any wax left on the floor that is loose. Pick up any larger pieces by hand to make vacuuming easier. Then, use any type of vacuum, preferably a hand vac, to remove the rest.

If there is still wax stuck to the carpet then you will need to try one more thing to get rid of it. This tried and true trick is genius! Just make sure you use it carefully as the method applies heat to the wax.

If there are any remaining bits of wax after you vacuum, then heat that iron on a medium to low steam setting. Place a paper towel over the wax and iron it. The iron should melt the wax and the paper towel should absorb it.

Don’t let the wax absorb and then melt again. This will only make the process endless. Replace your paper towel regularly to avoid recycling the wax into the carpet again. Bring a roll with you to speed the process up.

After the wax is all but removed, clean the carpet with carpet cleaner. If you don’t have any, slightly dilute rubbing alcohol and spray it on. Then, remove it with a damp cloth followed by a dry cloth.

Finally, brush the carpet with a soft-bristle brush and it should be good as new. You can use any soft brush or get an upholstery or carpet brush. These brushes were made for occasions like this and will work perfectly.

FAQs About How To Get Wax Out Of Carpet

These are the most frequently asked questions about how to remove wax from carpet. If you have any more questions, feel free to ask them in the comments!

What Can Dissolve Wax?

Anything that dissolves oil and cuts through grease can dissolve wax. The most common of these are acetone and rubbing alcohol, both used in removing fingernail polish and simple cleaning. Be careful with both of these as they are quite strong.

What If I Don’t Have An Iron?

If you don’t have an iron, there are a few other options you can try. A hairdryer on a hot setting can do the same thing. A pot of boiling water can if the bottom is used like an iron. But you have to be very careful using this method.

Will There Be Permanent Effects?

It is unlikely that wax will permanently damage your carpet. If you remove it as soon as you can and brush your carpet afterward, it should be fine. Wax isn’t a harmful material, it simply gets stuck in your carpet because it solidifies.

Can The Wax Dye My Carpet?

Yes, it can. You can get rid of the stains after you get rid of the wax. Sometimes, a little peroxide or diluted bleach may do the trick. Find more tips in this how to get rid of slime in carpet guide. Slime contains dyes too!

How Do I Know What Type Of Wax I Have?

You can usually read the label on whatever spilled on your carpet. If it’s a candle, look up the brand. If it’s crayons, it’s probably paraffin. And if it’s body wax, it’s probably beeswax or soy wax. Most items will say it on the label. 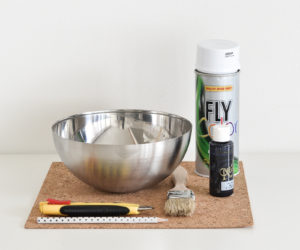 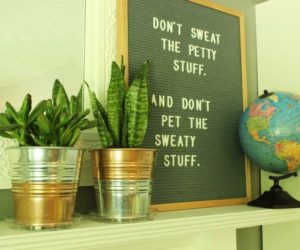