For a space that we rely on so heavily to keep ourselves clean, it’s amazing how dirty a shower will get before it sees some of that cleaning power on itself. If we’re honest with ourselves, the shower isn’t probably a favorite thing to clean in our homes. But if you do a few simple things each day and give it a decent cleaning each week, your shower will look sparkling and be sanitary with relative ease. Here are some tips on how to clean a shower easily and effectively.

How to Clean a Shower Door

If you’re lucky enough to have a doorless shower, go ahead and skip this step while you gloat at the rest of us. Shower doors aren’t easy to keep clean. They develop hard water spots and discoloration from water buildup pretty quickly.

To kickstart your shower door cleaning, dampen and then squeeze out a magic eraser.

Run a damp magic eraser along hard-to-reach cracks and crevices in the shower door frame. This will likely be gross if it’s been more than a week since you’ve cleaned these areas, but it will get easier and faster over time as you stay up on it. It’s recommended you include this in your cleaning regimen once a week for the shower.

Rinse out the magic eraser, then do the same thing in all areas around the shower door, inside and out. I’m amazed (and, frankly, embarrassed) at the amount of crud this yields. It’s a good idea to follow the magic eraser wiping with a dry microfiber cloth, to remove any extra water droplets or residue from the magic eraser.

To maintain the door’s cleanliness, squeegee after every shower to remove excess water droplets. This will go a long way toward minimizing water spots and mildew potential.

How to Clean a Shower Shelf

Shower shelves are so useful, but they can quickly become over-full and, therefore, lose much of their functional offering. If you’ve ever reached for the shampoo off your shower shelf and had to dodge falling face wash and razors as a result, you know what I’m talking about.

Not only do shower shelves have a tendency to fill up, but they also are one of the least-cleaned areas of the shower. Probably because it takes so much effort to move everything off the shelf to clean it. So, crud and grime build up on the shelf face, making it a haven for germs and bacteria and mold.

Start by using vinegar, a magic eraser, or regular shower cleaner to scrub away the mildew or whatever else has attached itself to the shower shelf, surrounding walls, and any nearby horizontal surfaces, large or small.

To maintain a clean and organized shower shelf, it is recommended that you consider other options than cramming all your shower goods on top of it. One recommended option is to install a shower dispenser. Prepare the dispenser according to manufacturer instructions.

Mount the shower dispenser on the shower wall, ensuring that it is level and centered where you want it. This will eliminate the need for all those extra bottles and pumps on the shelf, which will facilitate the shelf’s easier accessibility for use and for cleaning.

This is beneficial for a clean shower, also, because it eliminates the need for opaque bar soap, which leaves soap scum residue all over. Liquid body wash or shower gel doesn’t produce soap scum, so a dispenser will help with that transition.

Only store those things on the shelf that you need for everyday showers, such as a razor, loofah, or specialized soaps or face wash.

How to Clean a Shower Head

The shower head is the most likely place to get buildup within the shower faucet holes themselves, and also to have hard water spots and other hard-to-clean blemishes. You can spend an hour reaching and scrubbing the shower head if you want, or you can try this simple (and all natural!) shower head-cleaning trick.

Pour a little bit of white vinegar into a plastic sandwich bag.

Pull it up over the shower head so that the head itself is covered in vinegar, then secure the bag to the shower head with a wire bag tie. Leave the shower in the vinegar for several hours, or overnight.

In the morning, remove the vinegar baggie from the shower head and wipe with a microfiber cloth or some other soft cloth.

Use a damp magic eraser on the shower head pipe and other areas that didn’t get touched by the vinegar-in-a-bag. Then run the shower water for a few seconds to clear out any leftover crud that the vinegar loosened but didn’t remove.

Viola! A clean shower head, as simple as that.

With disinfected water sprays, to boot.

How to Clean a Shower Floor & Walls

If you have no shower shelf, you probably have to put your showering toiletries on the ground. Unfortunately, this leads to buildup of water grime underneath said products.

To keep your shower walls and floor sparkling, use a squeegee to dry off the walls and floor every day after showering. This is particularly important because a dark, damp shower is like the mecca of all bacteria; they’ll grow and multiply so fast in that perfect environment. So your goal is to keep things dry as much as possible, to inhibit their growth.

After using the squeegee, quickly wipe the walls and floor to remove any leftover condensation or water droplets. This might sound like a lot, but (depending on the size of your shower) we’re talking about adding an extra 30 seconds or less to your shower. With the effort it saves over time in heavy duty cleaning elimination, I’d say it’s definitely worth it.

It’s a good idea to leave the shower door open for a while after a shower to reduce the opportunity for humid conditions to fester. Also, if you have the option, run a high shower fan for 20-30 minutes after showering to clear the humidity. If you don’t have that option, an open window works, too.

To help combat moisture, spray your whole shower a couple times a week with white vinegar mixed with tea tree oil (2 oz. vinegar to 1 drop tea tree oil). The vinegar is a great agent to combat soap scum and slime, while the tea tree oil works against mold and mildew. Let the spray air dry. Of course, you’ll want to pay attention to what’s appropriate for your shower surface (e.g., vinegar is not good for travertine or stone). 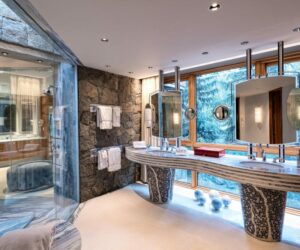 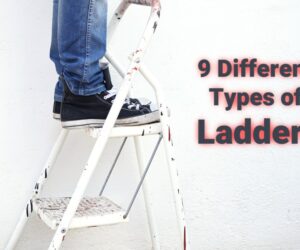 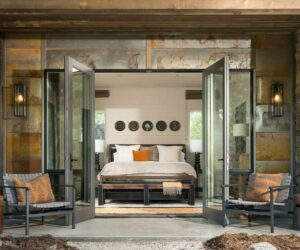 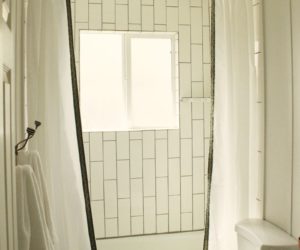