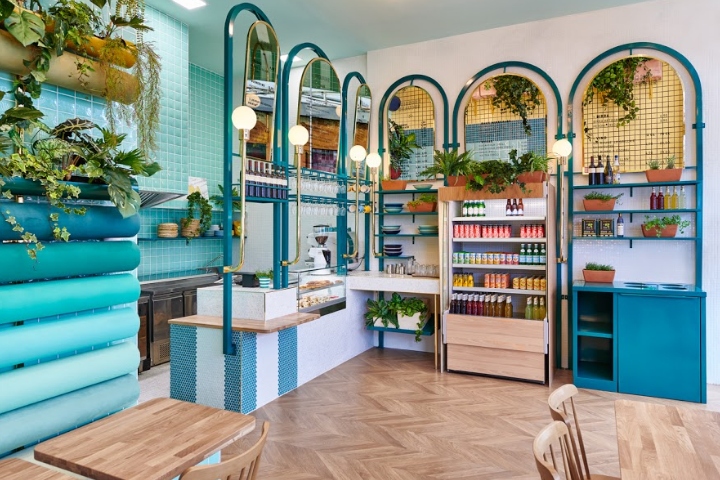 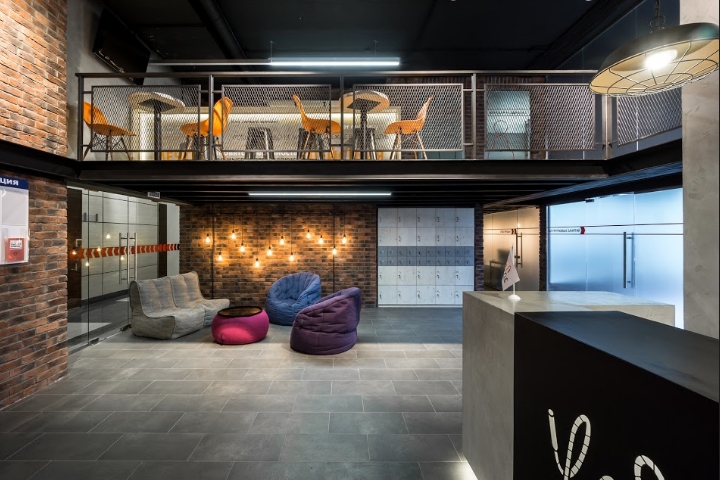 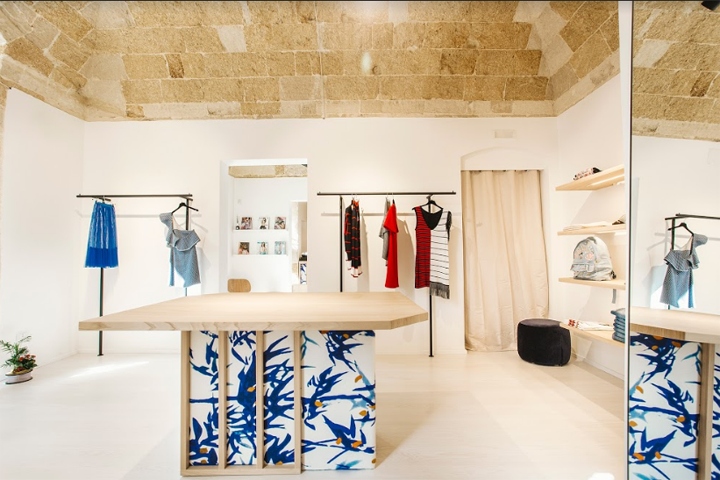 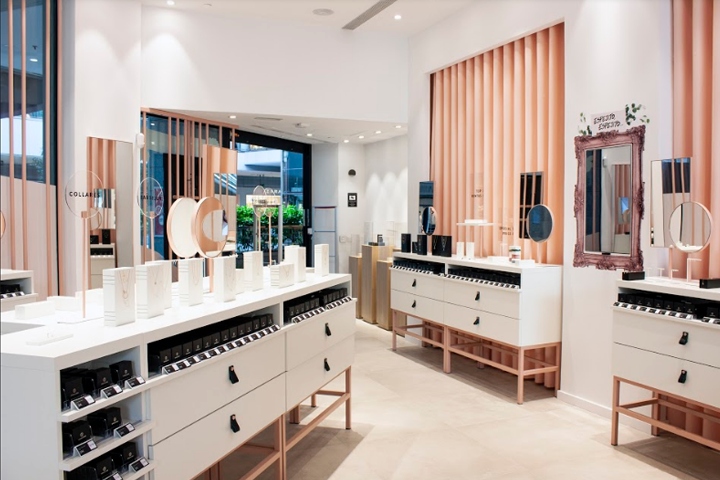 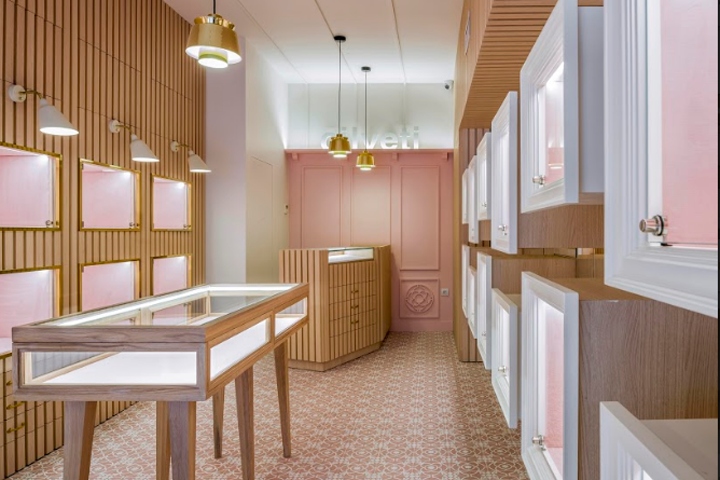 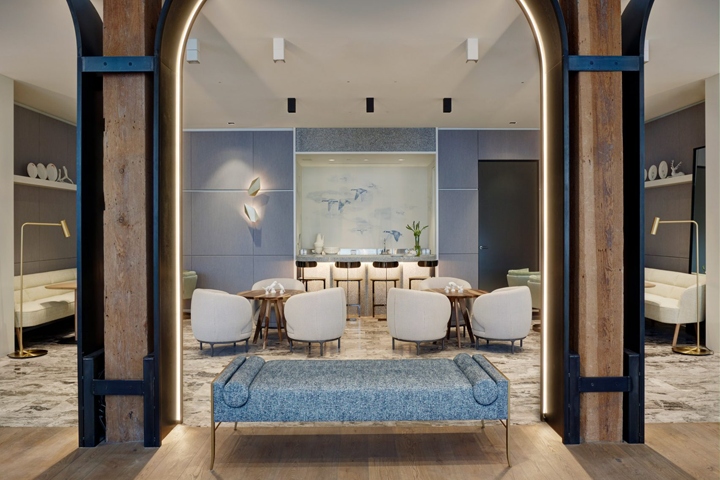 Every time we enter a shopping mall,  a club, a hotel, a restaurant or basically any other commercial/ public space we form a general impression about the way it’s designed, structured and tailored to suit our needs as well as those of the businesses they represent and we do all of this often at an unconscious level. Have you ever stopped to think and to imagine how a certain space must have been designed and planned and why the designers chose to include a particular feature or to emphasize a certain element and not others? Maybe you could do that the next time you visit your local mall or the next time you go to the bank. try to spot the commercial interior design particularities of that space.

Mary’s Coffee Club from Munich, in Germany is a very cozy and welcoming place. It was designed by Alpha Rkd & Lova. The main concept here was the creation of a space that makes customers feel comfortable and safe by using contrasts. Notice the contrasting palette of colors which includes dark green and light coral. These two nuances are complemented by warm wood tones and neutral grays. There’s also the contrast between tiles, wood, metal and marble which are balanced out beautifully.There’s also a nice distinction between the different areas of the space which are highlighted through the use of color.

This is a Cilveti jewelry store designed by SUBE Interiorismo. Notice how warm and welcoming it is, almost like a home. The interior design’s main focus was on functionality, the idea being to offer suitable exhibition spaces but a lot of importance was also given to finding a novel design direction aimed at attracting female costumers. The designers went for maximum efficiency in terms of lighting and showcasing of the products and were successful in integrating these elements into a very inviting space with a pleasant ambiance overall.

This is a SINGULARU Trendy Jewelry store from Valencia, in Spain. It was designed by Huuun® & Branding&Retail® who were inspired by the design concept featured by the company’s first store and wanted to replicate that in a similar yet original fashion. The space blends looks and functionality and has white walls and furniture complemented by pink furniture, curtains and other details and wooden accents. The overall style is modern and very chic.

The Avenue Road showroom from Vancouver covers an area of 12,000 square feet (1,115 square meters) and is a large display space organized on two floors inside a 100 year old building from the Gastown District. The interior design was a project by Abraham Chan who faced the challenge of transforming the industrial space into a series of apartment-like rooms. Needless to say that it was a success, as you can see in this image.

In Gioia del Colle, a town in Italy, interior designer Silvio Girolamo managed to transform the ground floor of an old building into a stylish Spazio 21 clothing shop. The designer preserved some of the original elements such as existing stone mouldings, the windows and the ceiling and found a way to soften the decor by adding a series of delicate and feminine details such as fabric curtains, foliage wallpaper and by employing a color palette based on soft neutrals mixed with bold tones.

The W-fit club was designed by LD Studio and is situated in the office area of the W-Plaza business center. The main costumer base is the office staff working in the area and the space includes a gym with a group training hall, locker rooms, restrooms, showers, massage rooms, a waiting area and a fitness bar, all of these being organized on two floors, one with a high ceiling and one with a low ceiling. The designers and their clients agreed on a cost-effective approach with an emphasize on modern and bright decors.

In Dubai there’s a really cool ice cream shop designed by 4SPACE. The M’OISHÎ ice scream shop has an interior design that blends the concepts of luxury and playfulness and is inspired by Japanese traditions and elements. The space is small and packed with exciting flavors and authentic and refined design accents. One of the coolest features is a bamboo LED lighting feature which changes colors, the colors symbolizing the flavors of the ice cream.

This is the Piada Restaurant which is situated in the Confluence neighborhood of Lyon, in France. It’s a space which brings a piece of Italy into a whole new world and manages to capture the essence and the origin of the products it’s selling. The inspiration for everything was the piadinas which is a type of flatbread which can be a side dish or can be stuffed with all sorts of ingredients like mozzarella, tomato or ham. The idea of the design created by Masquespacio is to capture some of the charm of traditional bars from ancient Italy and to adapt it to the contemporary world that we live in.

When Vitale renovated Hotel del Golf which is situated in Grao de Castellon, in Spain, the focus was on making the hotel more versatile and to allow it to attract tourists throughout the year, not just on holidays and during the summer. One of the most important spaces that the designers worked on is the event hall which was turned into a comfortable, friendly and welcoming space meant to host social events and to bring people together. The style chosen is modern, fresh and a bit tropical.