When decorating a room, most people typically think of furniture first, and then at some later stage, they consider art. If you look carefully, however, you can find pieces that are actually both. Plenty of artist and designer creations are functional but also out-of-the-ordinary pieces that speak volumes even when they’re not in use. Or, a piece of art can be a conversation starter or even a spark for great debates about human nature or society.

This is one area where beauty is definitely in the eye of the beholder because just as home decor is driven by personal taste, the love of art is even more personal. Have a look at these pieces. Most are functional but all of them are attention-getting.

A whimsical cabinet by Dokter and Misses of Johannesburg, South Africa is a statement piece. Called ”  Chips”, the steel and glass cabinet is bright and rather cheeky. It’s part of a series by the design studio that features stacked forms that have been embellished with various textural surface treatments. On an intellectual level, the collection is “inspired by the creative disorder and decay of urban ecosystems” but at first sight it’s a fun piece for an open space living area or a large kitchen.

Children and adults alike are in love with this sofa by Humberto and Fernando Campana of Brazil.  The brothers are the country’s design powerhouse, creating pieces that are becoming iconic, like this furniture that’s literally upholstered with plush figures. Initially conceived more than 15 years ago, these tongue-in-cheek pieces have been made in countless versions, including commissioned pieces by the likes of Disney and Fendi. Whether you think these are outstanding or outlandish, the designs are in great demand. Maybe that’s because sinking into the seat is like traveling back to your childhood bed, crowded with all your favorite stuffed friends.,

Installation art is typically used in public spaces but if you have room, it’s a dominating feature that will indeed spark debate. This particular piece is called Sala Longhi/A Moth of Peace by Brooklyn artist Fred Wilson. It is said to be inspired by the Pietro Longhi room of the Baroque palace Ca’ Rezzonico and its paintings of daily life among the haute bourgeoisie in 18th-century Venice. This is the centerpiece among 27 black glass panels that ring the adjacent walls. The focal point is this white Murano glass sconce that looks like it is emerging from the large glass panel and cascading downward. It’s an understatement to call this a light fixture even though it illuminates the space.

Perfectly functional, but more like a construction out of Dr. Suess’ Whoville, a mirror and console by Misha Kahn are certainly unusual pieces.  His works use cast bronze, metals and blown glass. While the mirror frame looks like an inflatable piece, it is actually made from bronze and gets its bright hue from automotive paint. The console has perhaps one or two standard legs, but the bulk of the base is formed from whimsical shapes. What a piece to define your entryway!

There are your basic freestanding bathtubs and then there’s this wild and wonderful version by the Haas Brothers, twins Nikolai and Simon. The designing duo created this from Pele de Tigre marble and that means the tub weighs more than most cars — almost 5,000 pounds. Large artworks, be they function or a bit frivolous, often require some special handling or site preparation and this tub will definitely need a reinforced floor. Shown by R & Company, the super deep tub feels like you’d be bathing in the middle of a splashing drop of water.

Fantasy pieces in the Haas Brothers style are also available on a smaller scale with more versatility too. Occasional tables that quite literally have feet are a hallmark of their designs. The tabletop is ready for whatever you want to place there but the legs are far more whimsical and add some fun to any room. Their designs are so different that you don’t need to invest in more than one to really create an out-of-the-ordinary interior.

A vase, vessel or basket doesn’t have to be made in a normal shape or form. It can be perfectly functional yet have unusual features like the extensions on this basket by Haegue Yang. The extra features transform it from something ordinary into a through-provoking piece. the organic look is enhanced by the extensions, which feel like they are growing from the main basket like vines.

Sure it’s a lamp, but this is also a unique sculpture. Designer Katie Stout creates these rough and stubby pieces that are really more like caricatures of the old-fashioned forms we might associate with the pieces: A goddess holding up a lamp, a winged angel embellishment on a piece, for example. Forbes magazine said that Stout wants to “encourage people to invite the slightly deranged, ugly and demented into their lives through usable objects.”

Somewhere between childhood building blocks, a modern sculpture and a versatile table is Mameluca Studio’s multicolored cube piece.  The hinged cubes can be opened in different variations or all closed to serve as a table or shelf. It’s a piece you can play with and change with your every whim. When it’s not serving a specific function, it can exist as a geometric artwork, casting colored shadows in different directions. Placing a piece like this in a light-filled open-plan space make it extra dramatic.

Part of Mameluca’s Pu#a Inspiração Collection, this swirl of a chair is special because of its construction. A single circle of steel is cut into a shape and twisted to form the main swoop of metal, which is then welded to the cone-shaped base. The method is based on a body of work that examines how to create three-dimensional forms from a single flat piece of material. The end result is a fully functional chair with a highly artistic appearance.

Upcycled materials have been a feature in countless art pieces, but they are increasingly used in functional home designs as well. This table by Jay Sae Jung Oh from Salon 94 is a stunning example of upcycling. The flowing, organic structure of the piece is formed by household waste items that have been amassed into a form. Covering those disparate pieces are tiny leather strings that are glued into place, forming an undulating design across the planes and protrusions of the piece. It’s actually the ultimate upcycled piece because leather itself is a byproduct of the meat industry that would go to the landfill if not tanned and used for various purposes.

Designed by Chris Wolston, this chair is both a planter and an indoor/outdoor seat. Crafted in New York by the Medellín-based artist, the terracotta chair has texture, a chubby, funky silhouette and a uniquely placed planter in the back. The surface of the chair is a lovely, hand-formed and slightly random striped element. The diminutive size of the chair is emphasized by its fat and appearance of being overinflated.

Called the “Pretty in Pink,” this floor lamp will dominate any room for its size as well as its otherworldly appearance. Designed by Brecht Wright Gander, the light is inside what looks like the gaping maw of a creature. Iridescent blue inside gives the impression of a swirling eddy of movement inside, while the exterior has the shiny, wet look of a sea creature. Three legs might be standard for most floor lamps but these truly look like legs supporting the main element, which probably reminds you of a cyclops. The design transforms the cord into a tail-like extension and the switch looks like an integral feature.

A table that feels more like an organism, this piece by Stanislaw Trzebinski is the Archeoflavus Tripartitus (Turnin pattern coffee table). Made from patinated bronze, it sits atop spindly, tapered lets and has an unusual surface design and is edged in finger-like protrusions. Trzebinski writes that his work has largely been “an exploration of the symbiotic relationship between humans and the natural world and draws on his intensive exposure to wildlife, cultural diversity and artistic engagement.” The designer is based near Cape Town, South Africa.

Contemporary German sculptor Thomas Grunfeld created this shelf design in his series entitled jene (them). While they are primarily artworks, the pieces in the series give the impression of functional furniture because they feature elements like the ball-shaped light, potted plant and horsehair brushes. Wall Street International wrote that the pieces refer to “the objects of a bourgeois home furnished to create coziness, order, and straightforwardness.” Bold in color and a bit unusual in shape, this piece is meant to be reminiscent of a regular wall shelf.

Even if a piece is not functional, it can definitely still make a big statement. Unlike the ubiquitous word art that has been overdone in suburban America, large-format works convey a strong political or societal message. If you feel strongly about a subject, this is a grand way to express it because it transforms a living space at the same time. This one, in particular, is made with upcycled materials, which is an especially desirable feature these days.

Sculpture is another important element that reaches far beyond just the decorative. Imbued with meaning, different types of sculptures — from the abstract to the literal — make statements as well as provoke thought. This bust of a woman is lovely, but hints at deeper meaning with the covered eyes and suggestions of a veil, while her abstract shoulders are swathed in an embellished covering. Sure, on the surface it’s simply a lovely piece, but look at it a little longer and it becomes so much more.

From an ordinary musical instrument into a fanciful object that reveals an imaginary interior, this sculpture by M. VillaSierra is part real, part fantasy. Everyone knows that the instrument works by echoing the strings’ vibrations inside the hollow interior, yet the artist has conceived an alternate mechanism inside this violin silhouette sliced in half.  Once again, the ordinary item is transformed into something more that makes you think.

Its color palette is basic black and white but this artwork features detail, depth and texture. The mixed media piece by Tom Criswell is striking for all these reasons and can occupy your attention for countless hours. Examining the piece uncovers all sorts of details that take on a different look when you step back from it. Criswell uses waste and discarded materials to create what he calls modern tribal icons, “making an artistic connection between the most ancient aesthetic ideas and the foreseeable future.”

In perhaps the best example of beauty being in the eye of the beholder, this artwork by Italy’s Maurizio Cattlelan went viral when it was shown at Art Basel 2019. Titled “Comedian,” the artwork was in various turns derided, praised and, above all, purchased at a stellar price of $120,000. Whatever you might think about this particular piece, it certainly did what art so often intends to do: spark conversation and debate.

Whether or not you subscribe to the notion that the banana-centered work should be considered art, many types of art objects can be more than just a visually attractive addition to your interior. Next time you need to add a piece to your home — whether it is functional or not — why not seek out something with more artistry and character than what you find in your local furniture store? 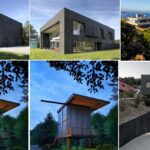 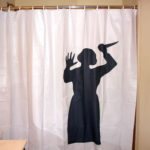 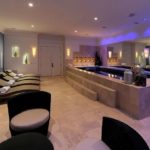