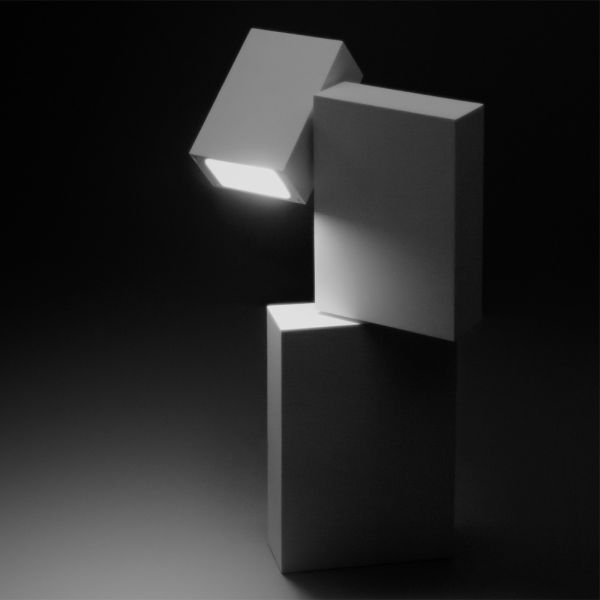 Even though most outdoor lighting fixtures have similar designs, there are also unique pieces that propose new and original designs. For example, Boxes was such a project. Designed by Josep Lluís Xuclà for Vibia, the Boxes project is represented by an ingeniously-designed outdoor lighting fixture. It is composed of three boxes piled one on top of the other, from where it also gets its name.

The key to this design was to combine aesthetics with functionality. The designer did that by adopting a very simple solution. He created this lighting fixture by starting from the basics. He used geometrical shapes and figures and concretized them into this functional piece. The bottom box structure is the base and is a fixed unit. The top two boxes, however, are articulated. They can rotate 360 degrees and they can be positioned in a way that allows the user to obtain the desired effect.

The idea is very smart. Given the fact it was a fixture designed to be used in outdoor spaces where the light varies and so does its position, the traditional lighting fixtures that basically feature nothing but a bulb on top of a straight structure were inefficient. But Boxes has a design that allows it to be adapted and to change its orientation as well as the angle on which the light is diffused so that the optimal effect can be achieved. Boxes is available in white and brown finishes.