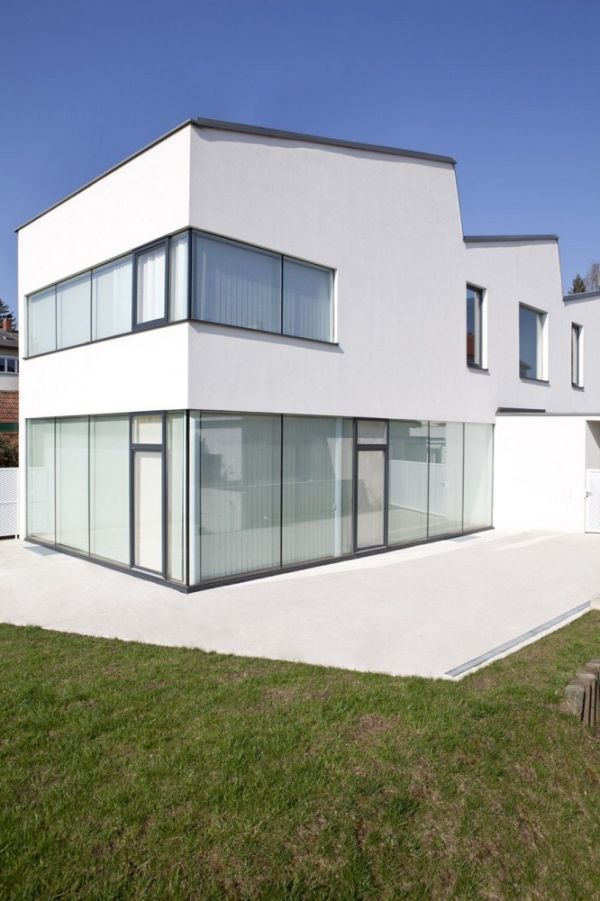 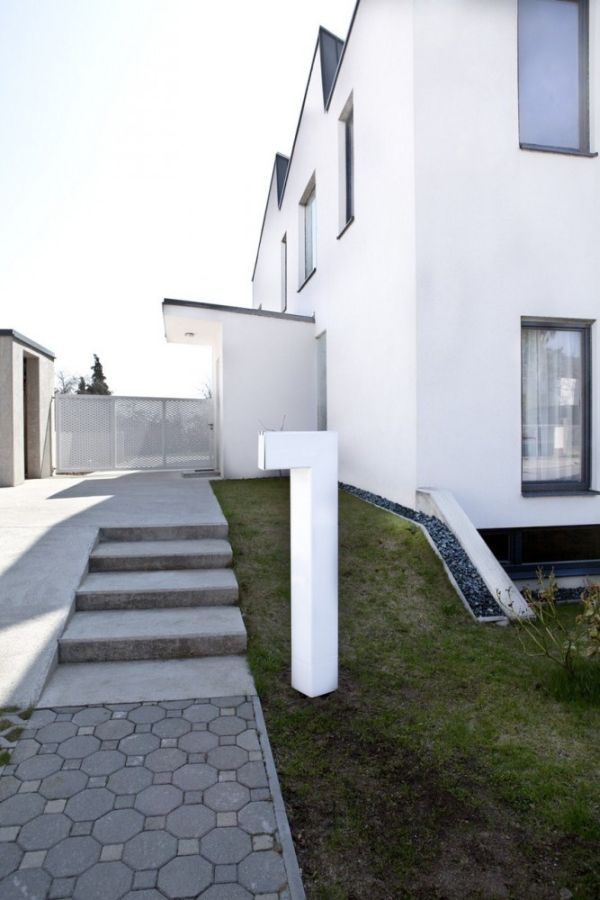 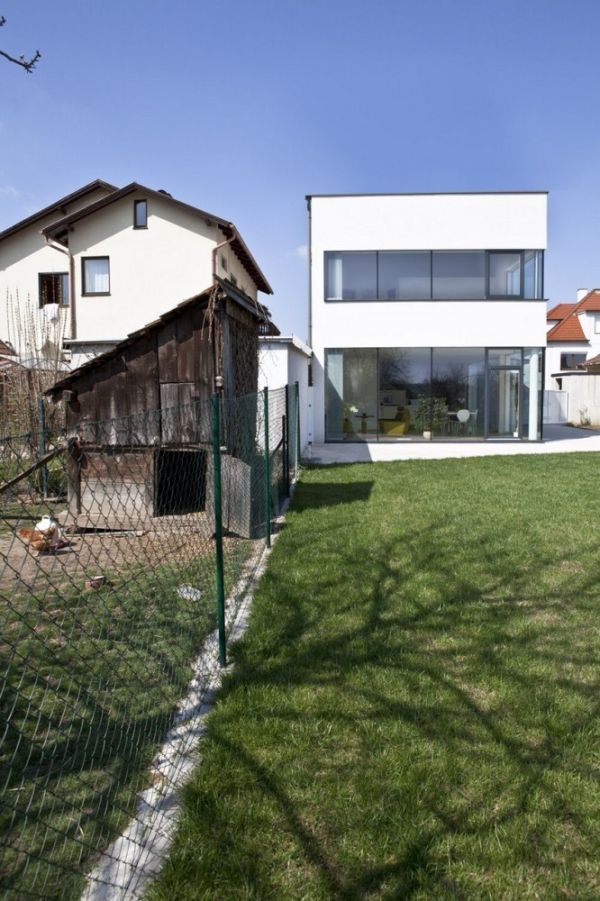 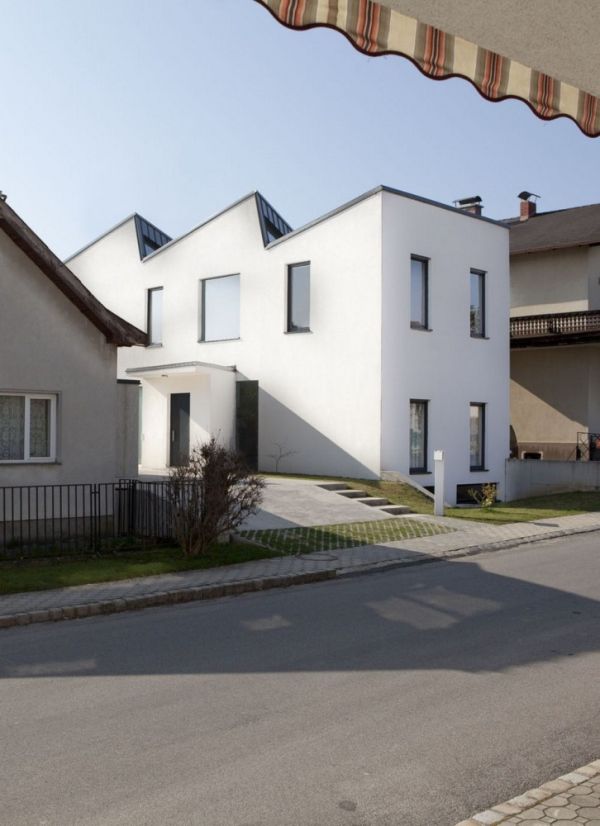 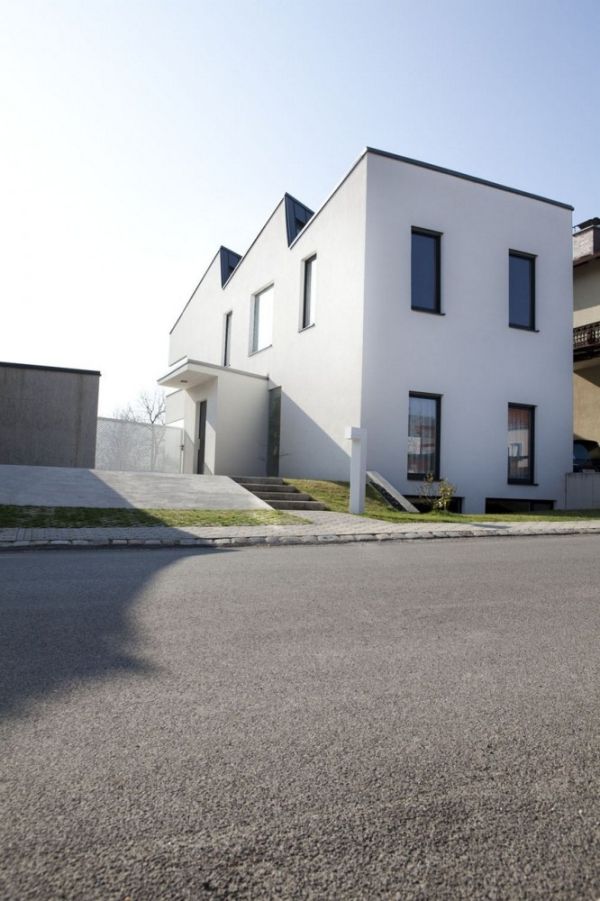 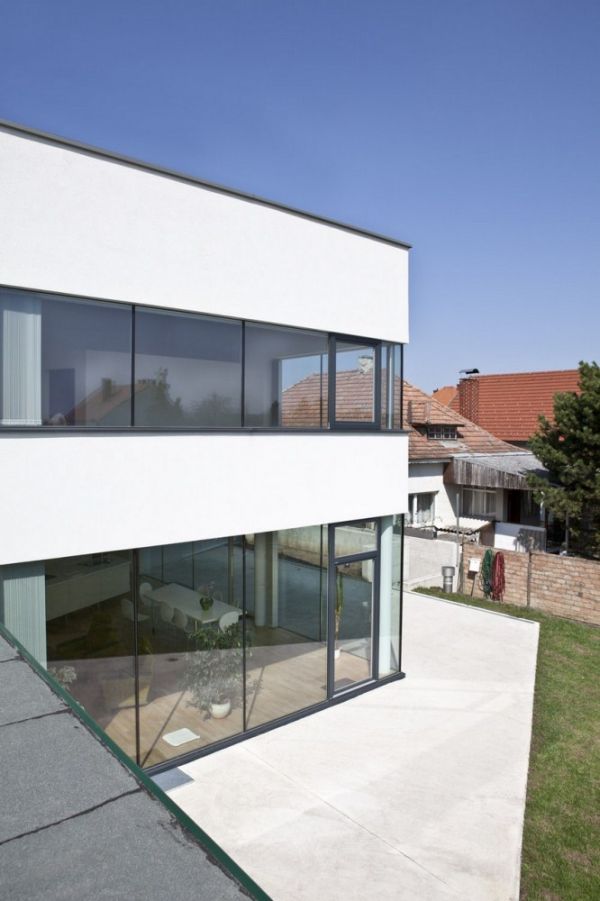 Located in Oberpullendorf, Austria, this residence stands out with its freshness and simplicity. It was built in 2010 and it was designed by Martin Möstbock. The project occupies an area of 665 square meters and it includes a single-family residence with a beautiful garden.

The house has a 150 square meter living area. With its white and minimalist exterior it looks like a white box. Inside, it’s divided into a spacious living room, a terrace, an office and a carport. It has a strange geometry and a very functional internal organization that was dictated by the inhabitants’ needs and daily movement. The shape and design of the house were also influenced by the movement of the sun and the moon. The architects tried to create a home that would be as pleasant as possible.

They wanted to bring as much light inside as possible and to also create a strong connection with the nature and the outdoors. The shape of the house was designed to allow the installation of large windows on two sides. This way they would allow light to get inside but the house itself would also provide shade when needed. This helps control temperature and it also helps with the natural ventilation. The idea was to allow the inhabitants to be in connection with all the elements and natural seasons.{found on archdaily}.