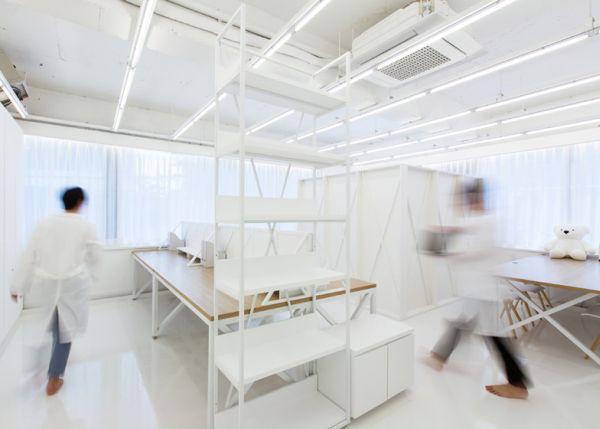 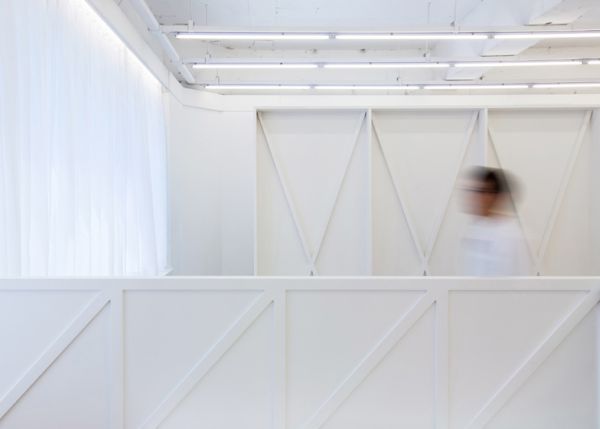 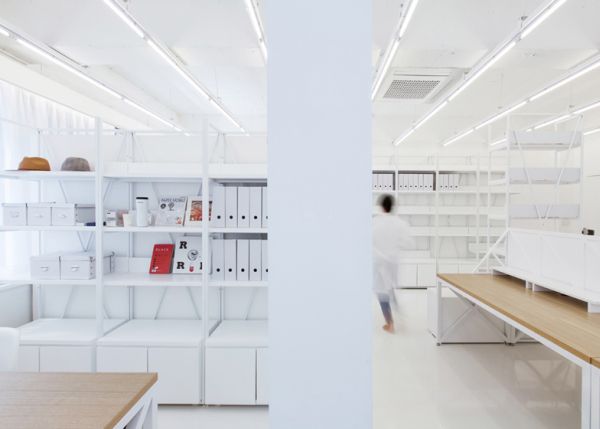 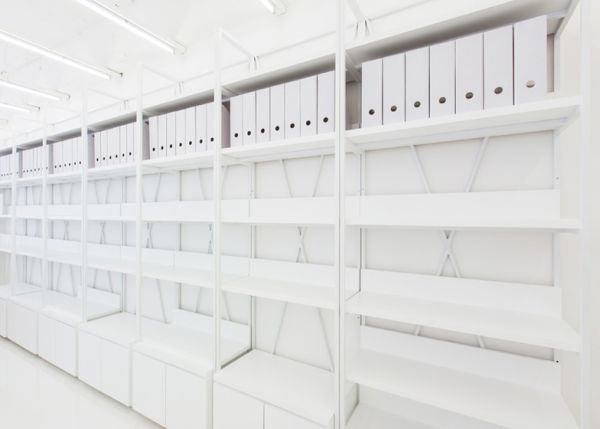 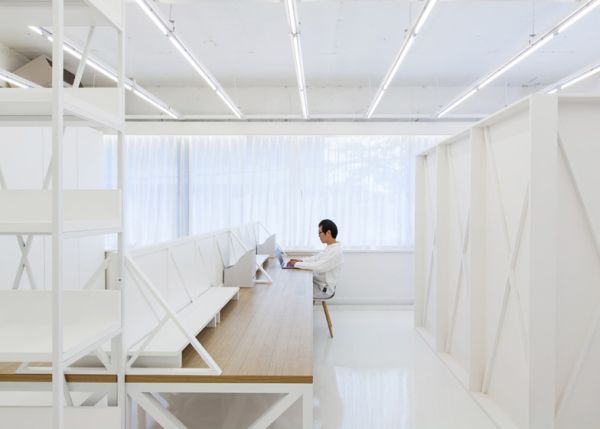 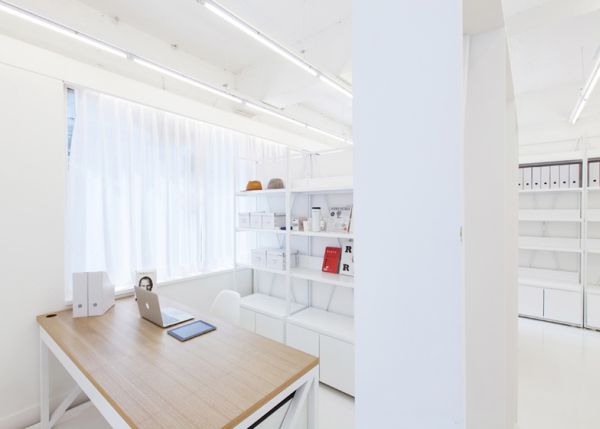 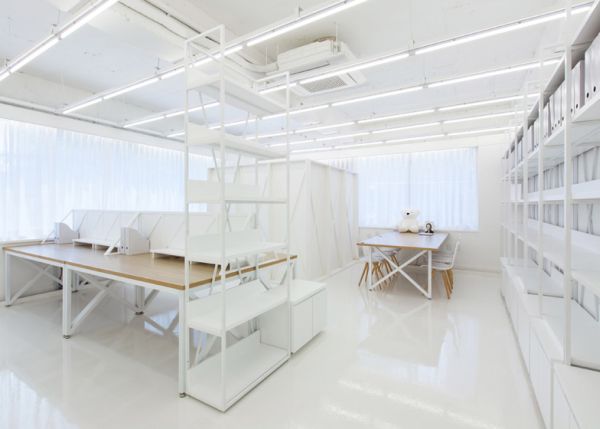 If you have the possibility to make something yourself it’s better not to let someone else take charge. Nobody knows better what you need than you. It’s the same idea adopted by Khan Project when they designed their own office. The Korean architecture studio created a laboratory-like space. It’s an unusual concept but the architects wanted something different and unique.

In this office the staff wears doctors’ gowns and walk barefoot. The office is located in Seoul and it’s a very interesting space even without the employees walking around. Inside, the space was functionally organized into working areas, meeting rooms and both private and public spaces. The working areas feature wooden desktops and chairs. Except for those elements, the rest of the décor is completely white. The walls are white, the ceilings are white, the floor is white and even the furniture is white.

The result is a very pure and minimalist décor. The office also features fluorescent tubes that create bright white stripes across the ceiling. Even the documents and the items from the bookshelves are stored in white folders and storage containers. The fact that the staff dresses as doctors is just another element that responds to the company’s philosophy: “to fix space like doctors cure people”. This office is a space where employees can detach from the outside world and from everything that distracts them and just concentrate on their work. White is a color that was chosen because of its neutrality and pureness. It’s a color that doesn’t transmit anything but rather instigates to creativity.{found on dezeen}.