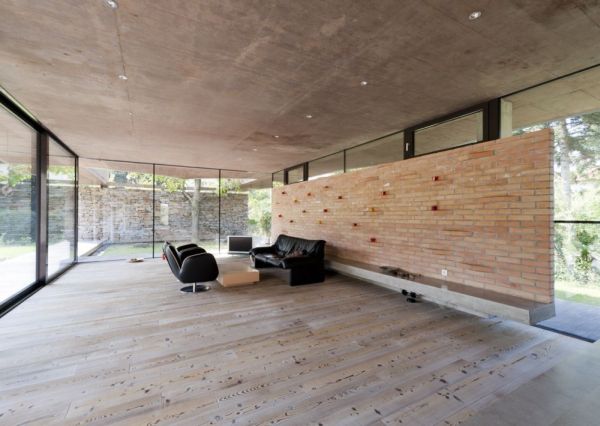 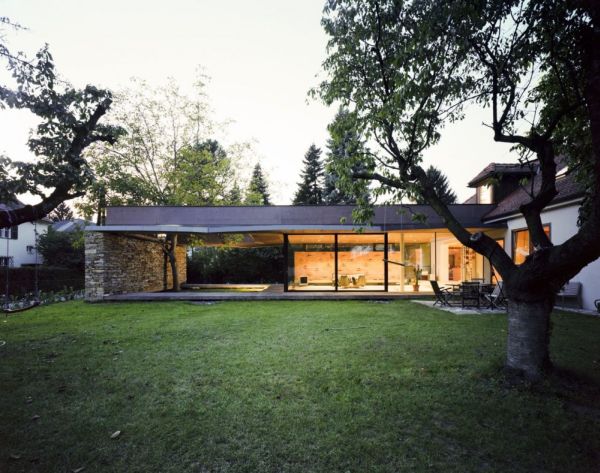 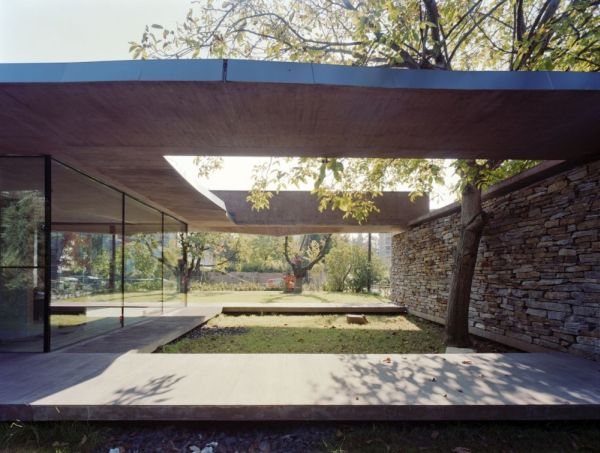 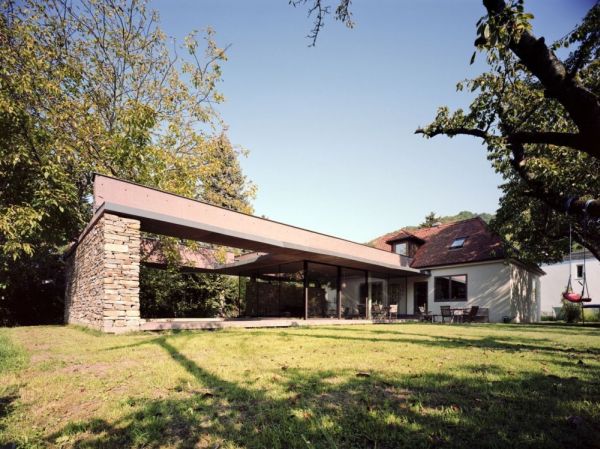 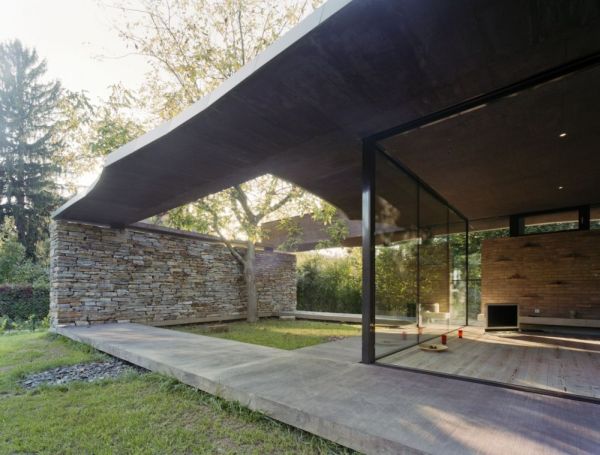 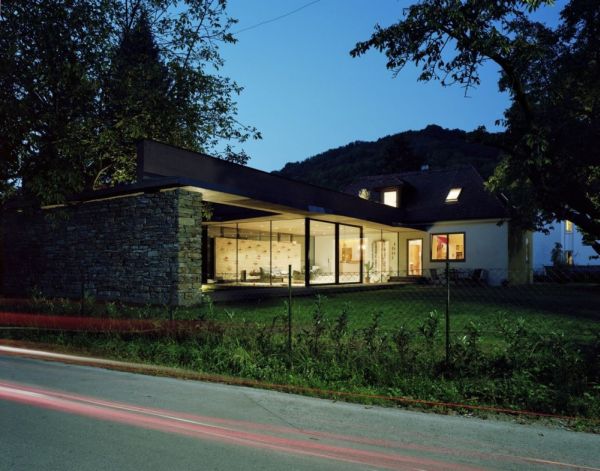 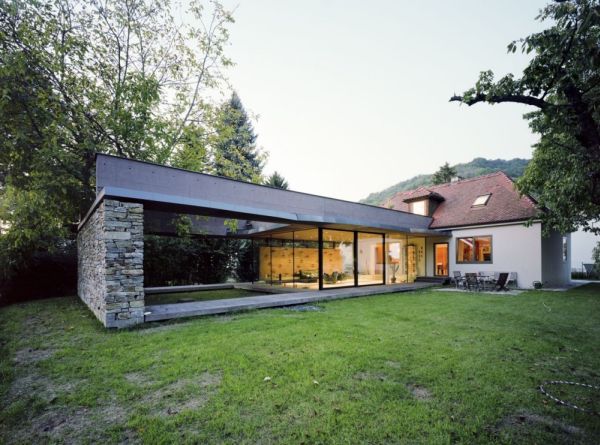 The project for Villa SK, as this structure is called, took an unpredicted turn. Initially, the idea was to rebuild an already existing house. It was a single family residence located in Graz, Austria. However, after rethinking everything, the architects and the clients agreed that it would be better to preserve that part and to create an annex instead. It was a decision also based on the limited budget.

The annex extends the living area into the garden and allowed the reorganization of the entire structure. This way, the existing house was reserved to the private areas such as the bathrooms, the children’s rooms and the bedrooms. The annex contains the public spaces such as the living room, dining room and kitchen. It’s a sort of extended terrace with both indoor and outdoor spaces. The project was developed by Atelier Thomas Pucher and it involves an area of 240 square meters.

The extension is volume with large glass panels that allow a strong connection with the outdoors. Other materials used include rough brick and concrete. The idea was to create a contrasting annex that would stand out. The rough stone walls are complemented by the supportive metal elements and the roof structure. The contrasting materials are just a way of making the annex stand out. It has an overall simple design, typical to contemporary projects as opposed to the original house.{found on archdaily and pics by Lukas}.