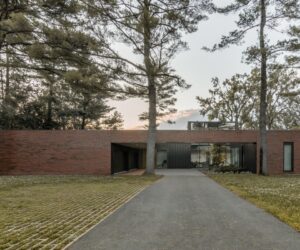 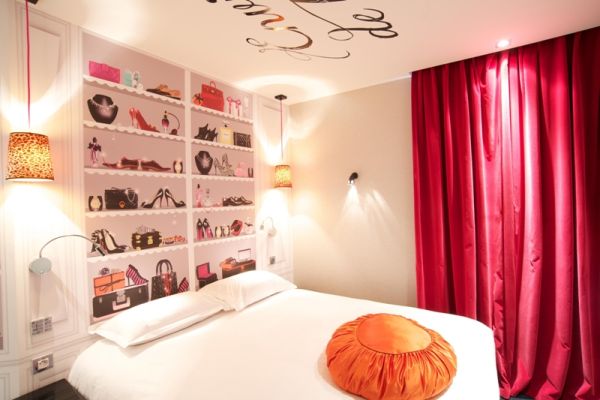 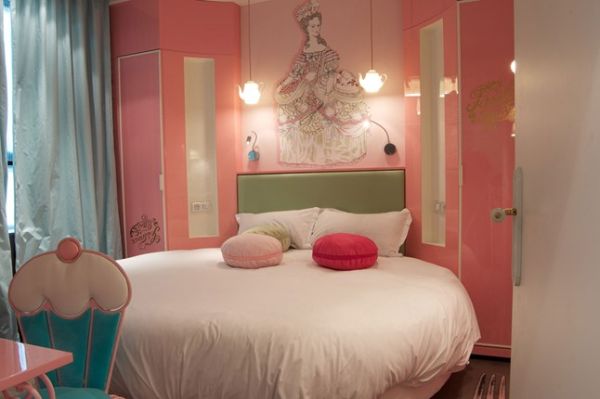 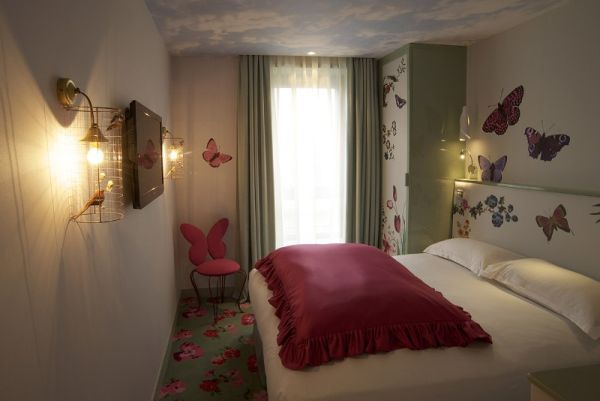 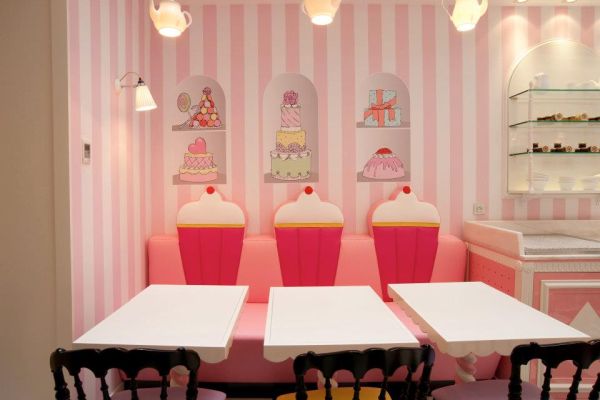 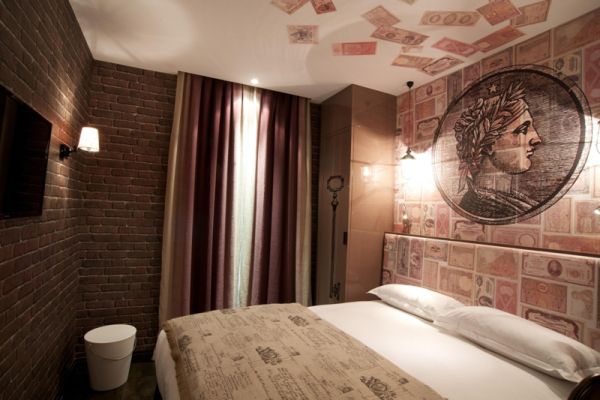 Vice Versa Hotel is a chic and glamorous establishment where you can allow yourself to fall prey to one of the seven sins: gluttony, greed, wrath, pride, envy, laziness and lust. Each of these sins became a theme for designing the seven floors of the hotel.

The innovative concept belongs to Chantal Thomas, a lingerie and interior designer. In order to create an original ambiance in each of the 37 rooms, she has very carefully chosen everything, from furniture to fabrics and wallpapers. The mixture of modern and classical elements, the blending of different fabrics, and bold colours, the tiniest decorations, all boost the effect and suggest one of the seven sins. 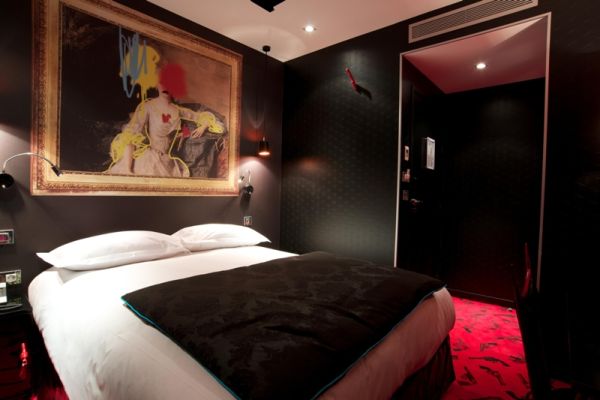 The all-white lobby gives you the impression you have reached Heaven. The angels and fluffy clouds on the ceiling, the unicorn shaped lamps on the walls surprisingly blend in with the leather couches, the furry armchairs and the plastic tables. Another surprising room is the breakfast room where everything has something to do with sweets and candy one could hardly resist. Cushions like macaroons, teapot lamps and cupcake shaped chairs decorate the “gluttony” rooms. 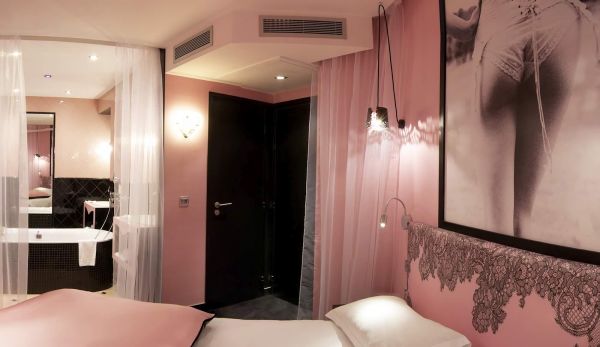 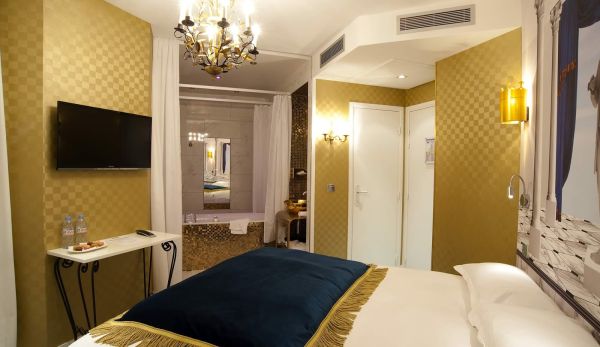 The butterflies, flowers and soothing colours in the laziness rooms encourage guest to daydream and do nothing. Diffuse light, pink curtains and female silhouettes decorating the walls, a heart shaped mirror on the ceiling, all these elements make the ambiance of the “lust rooms”. This “delicious” atmosphere does not compare though with the dark passion in the “wrath” rooms. Pistols are everywhere in these red and black chambers: on the carpet, on the furniture handles, even on the ceiling. 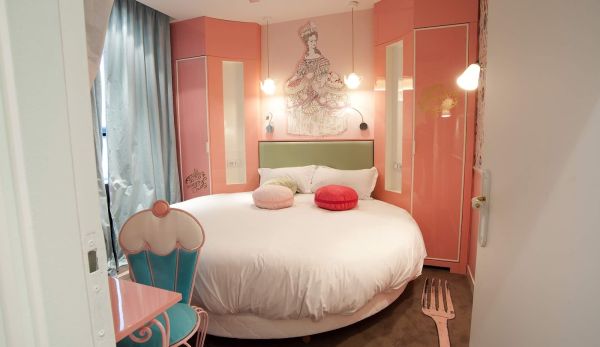 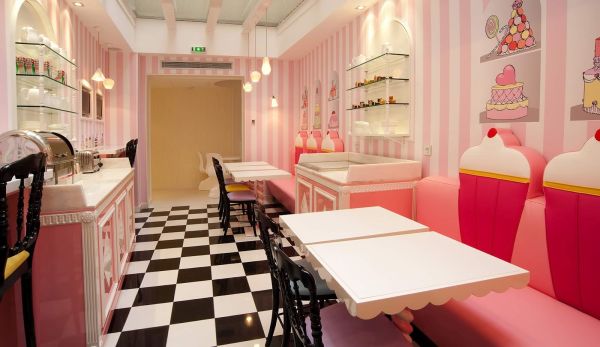 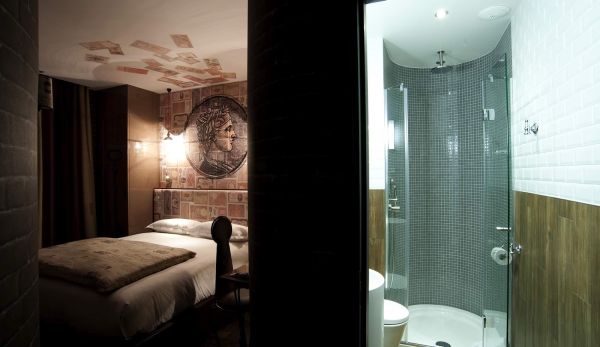 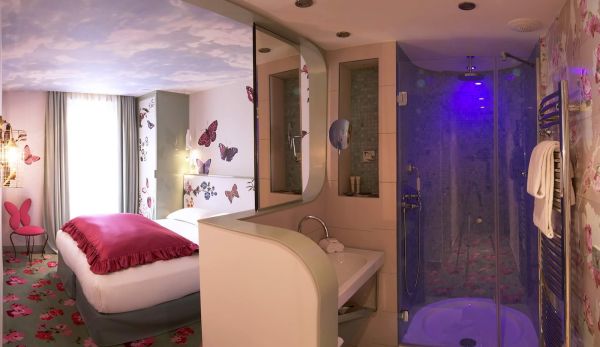 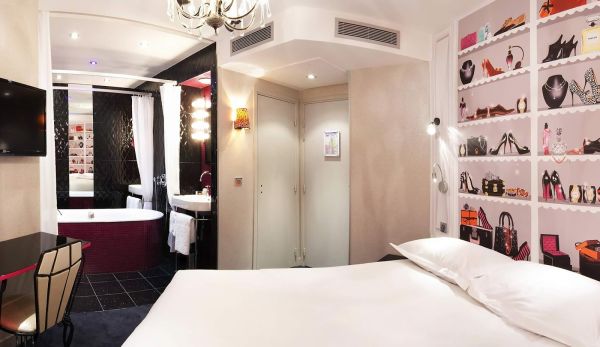 The sin of envy is reflected using fashion and luxury elements. In the “greed” rooms, the main element is money – on the ceiling, on the walls. Marble statues, and golden wallpaper make the “pride rooms” where the guest can feel like the centre of the world.The original Vice Versa Hotel in Paris was only opened last October. You can find it in the 15th district, on 213 rue de la Croix Nivert, in the proximity of Porte de Versailles.