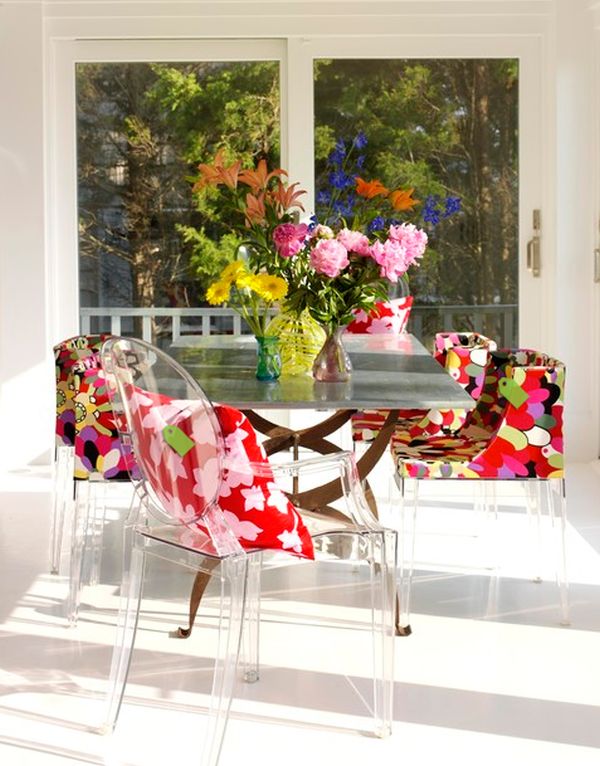 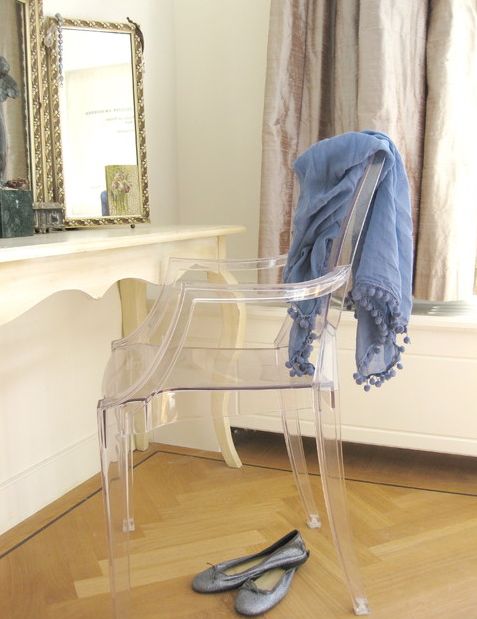 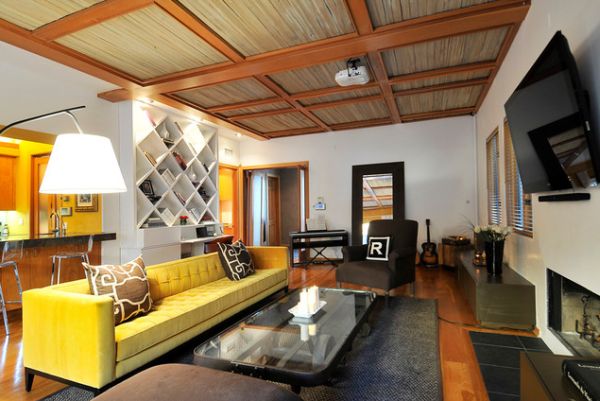 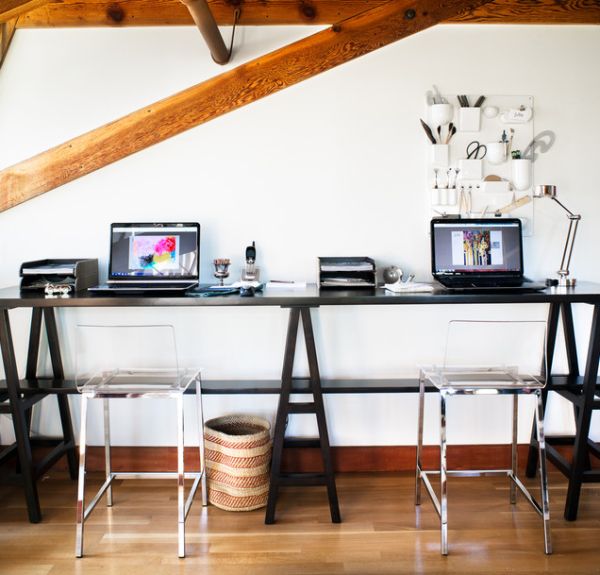 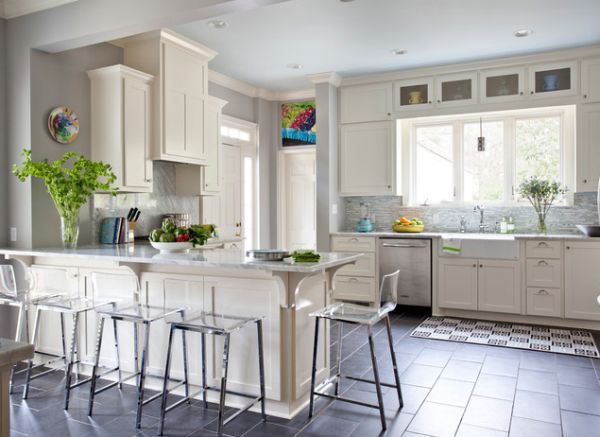 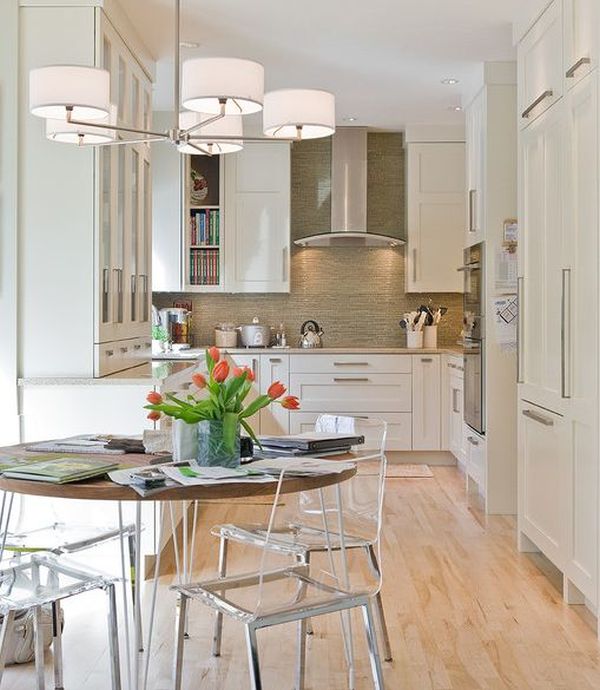 They’re visually nonexistent…well, almost…and they add no color to a space. But sometimes those characteristics are exactly what make Lucite chairs (a.k.a. “vapor” or “ghost” chairs) ideal in fully enhancing the style of a space. Vapor chairs are modern, chic, and completely at home in some of the most unsuspecting places. In fact, sometimes their near-invisibility creates a stand-out impact. See for yourself:

A long narrow space, such as this kitchen-dining area, appears larger when vapor chairs are used as seating. The chairs don’t impede the visual space, and, therefore, our eyes are able to travel further and grasp the whole space at once. These chairs add freshness and a simple, almost subconscious textural element to this white-neutral space.
The architectural details of this space overall are numerous, including various heights of trimmed cabinets. Visually weighty chairs at the bar here would appear heavy and tip the scales of balance to the space as a whole. In their clearness, these vapor chairs actually work nicely with the large over-the-sink window. As it is, the lower backs of the bar stools align slightly below the countertop, serving to emphasize the beautiful flanges.
As a contemporary office space with an emphasis on the linear, these vapor chairs are a perfect choice to enhance the modern sensibilities of this space. They (the chairs) appear to be nothing but leg lines, which is a great stylistic continuation of the “horse” desk legs, angular desk lamp, and even diagonal stair support beam. We see nothing but fab modern lines here.
The vapor barstools in this chic living room setup are particularly disguised…which is a spot-on decorating choice. The extra-long contemporary sofa (in lemon yellow no less!) is the belle of this space, but it’s far from the only design element worth noting. The textured box-beam ceiling, diagonal shelf space, and many other modern elements work to create a visual feast. Adding a “heavier” object at the bar would lessen the tremendous impact of every other part of this space.

A Louis vapor chair stylistically defines the entire vanity corner in this bedroom. The traditional details of the space (e.g., the gilded framed mirrors, curvy vanity table, and silk drapes) are matched by the traditional form of the Louis chair. However, as a traditional shape in a modern material, the vapor chair itself adds a critical modern element, smearing the line between traditional and modern.

Teamed up with flamboyant Lucite-legged chairs at the dining table, this Louis vapor chair is wisely selected to stay out of the visual way. However, in the fine-line balance of disappearing completely and adding a bit of style to the space, a bold back pillow is added to make it apart of the team. I love how these chair choices bring brightness to the leg area and cause the eye to travel upward in the space…to that beautiful view out the glass doors.