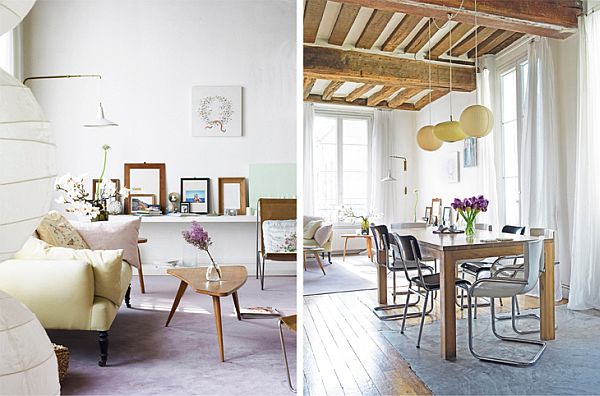 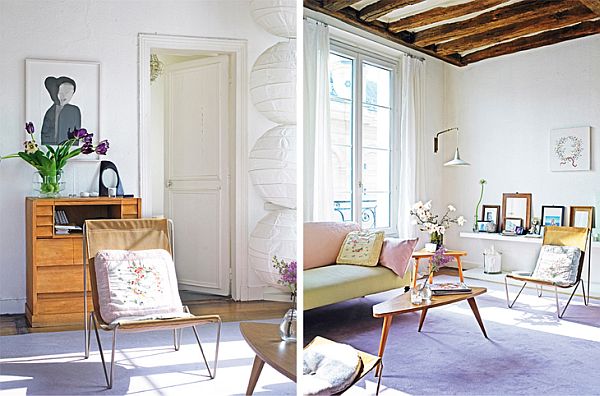 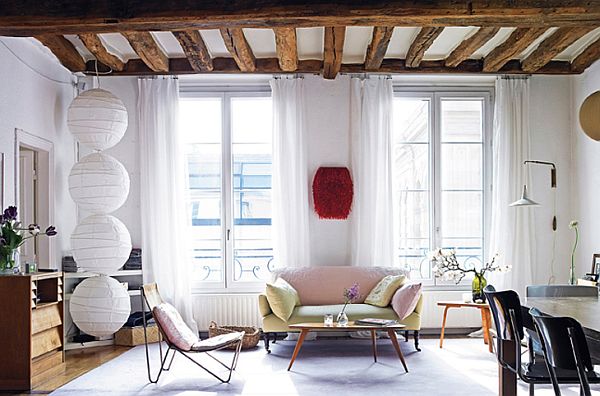 This inviting apartment belongs to Vanessa Bruno, a talented fashion designer. It’s a lovely apartment that dates back to 1650. It has a lot of history and, even though it’s very old, it’s still in great condition. The apartment is located in Paris and, as expected, this is also visible in the interior design. However, this is not a typical Parisian apartment. It’s rather a mixture of old and new where different styles work together.

You can see that French and Danish elements are all over the place.Combining these two styles was a daring decision. The fusion between nordic and southern elements is uncommon but this only makes it unique and more interesting. In this case we could say that the entire interior design of this apartment is based on contrasts: old vs new, nordic vs southern. Even so, the overall décor is clean and simple. The apartment is very bright but also very colorful.

There’s a lot of white involved in this design. The walls are all white and so is most of the furniture. The juxtaposition between the white ceiling and the exposed wooden beams is also very striking. Even though it’s mostly white, lots of different colors are also combined. There’s a nice contrast between the white walls, the wooden beams from the ceiling, the natural wooden furniture and the subtle tones or purple together with the striking hints of red.{found on interiormagasinet}