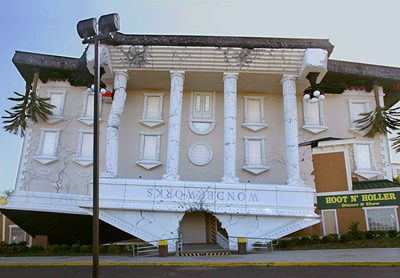 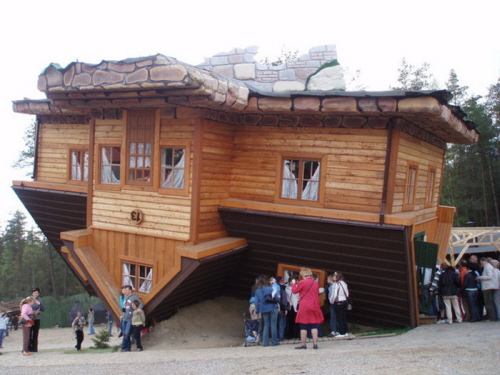 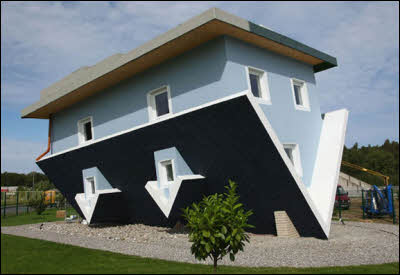 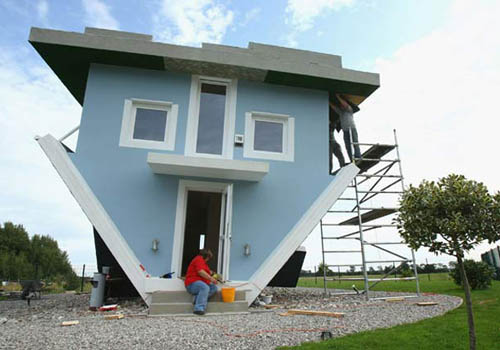 When you start building your house you begin with the foundation, then the ground floor, the first floor, maybe the second floor and then the attic and the roof. But I am talking about normal houses because there are some unusually positioned houses that look upside down, with their foundations in the air and the roof on the ground.These unusual buildings can be seen indifferent parts of the world, each of them having a story and a reason for being built like that.

For example this nice blue house is located in Germany and it looks very much like a regular house … except the fact that everything is upside down. It was designed and built by Klaudiusz Golos and Sebastian Mikiciuk and their explanation was that they simply wanted to do something different. It was built like that and not built like a normal house and then turned upside down. It is perfectly safe to live in, if you don’t mind the dizziness caused by the unusual positioning of the walls and roof. Now it is a museum where people can stare at all the furniture that is glued to the ceiling.

The next house that you can see here is situated in Poland and it is now a very popular restaurant. The owners say that it represents their statement against the Communism and all the upside down things they had to cope with during that period.

What about this amazing attraction for tourists from all over the world that you can admire in Orlando, California? It is called Wonderworks and it houses many exhibitions and amusement inside, to the delight of the young visitors.