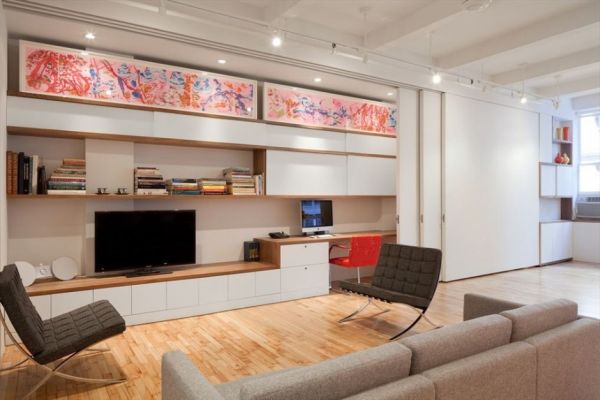 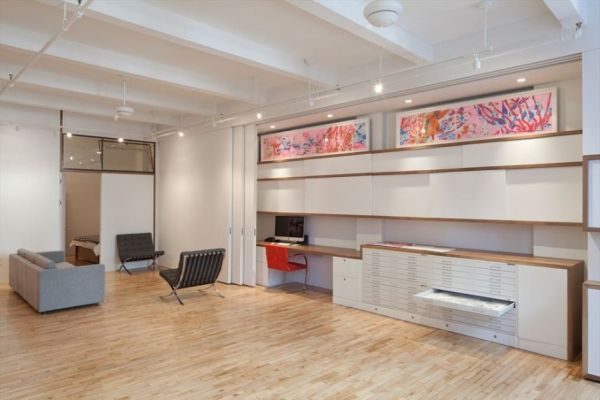 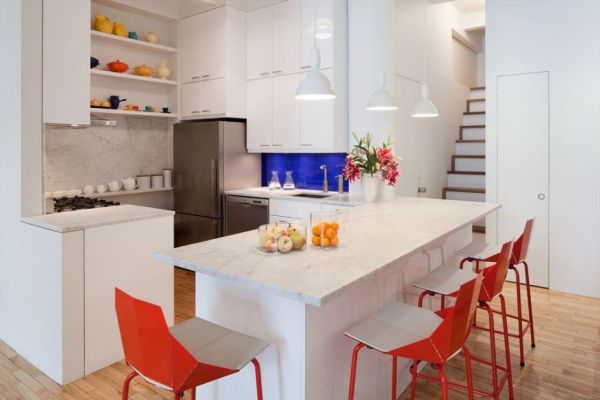 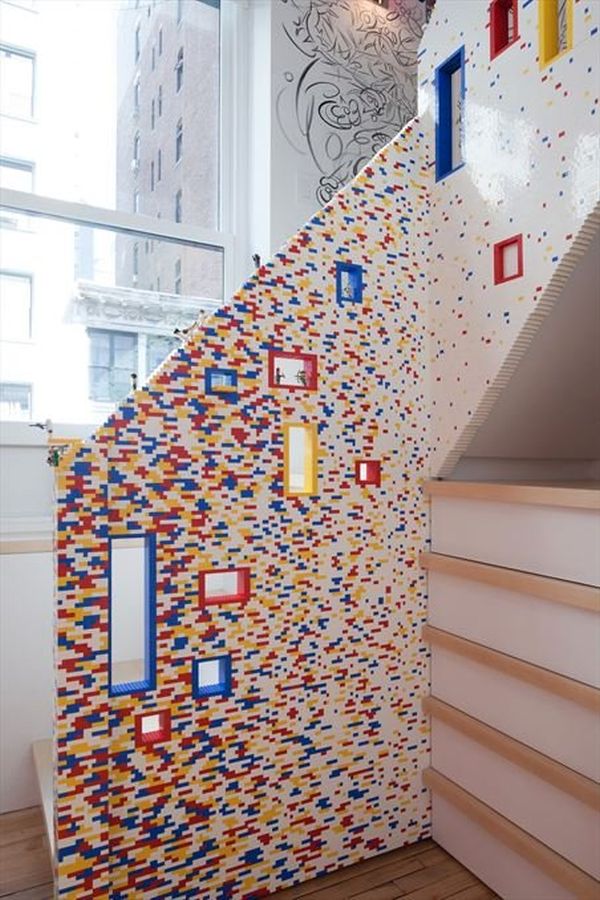 Who might have thought that the interior of an apartment in the Chelasea neighborhood of Manhattan features a stair railing made of Lego? I wouldn’t! What is also interesting is the fact that the owners got involved in the design process of their space. For example, some of Melissa’s drawings were made directly on the wall.Among the first things that draw the attention is the series of sliding walls that serve as alternating studio and exhibition walls; the  lines used to express  ideas, as the solid walnut line used to unify the space.

A backdrop for Melissa’s drawings is represented by the minimal pallet of walnut, carrera marble and white paint. There are only two areas that follow the pattern of a color scheme: the star railing, made of 20.000 Lego blocks in the child’s room and the bathroom walls.

The star railing and the walls drawn by Melissa are two of the most attractive aspects of the apartment; if the first one is appealing through the splashes of color provided by the Lego blocks, the later represents the opposite, not only through the lack of color, but through simplicity and complexity at the same time, not to mention the fact that they were made directly on the wall. You must be an artist to make such drawings that add a plus of personality to the entire space. The team that designed this unique interior is that of a famous name I-Beam Architecture and the result is definitely successful.