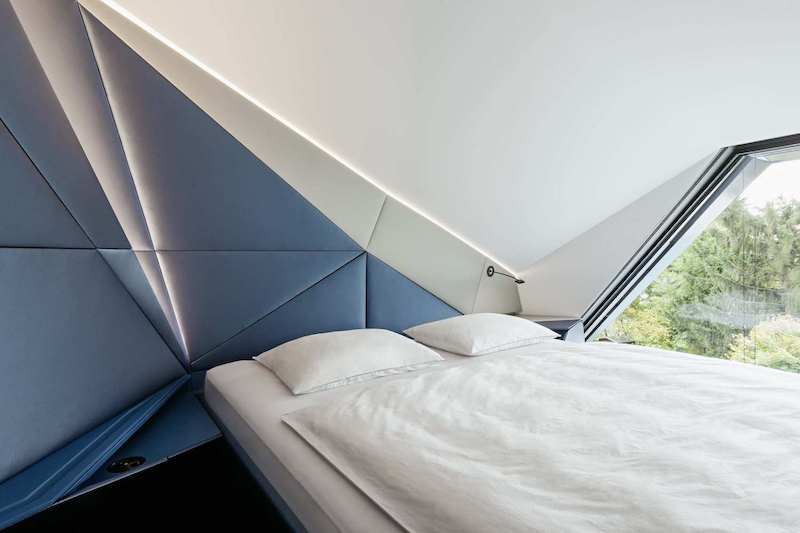 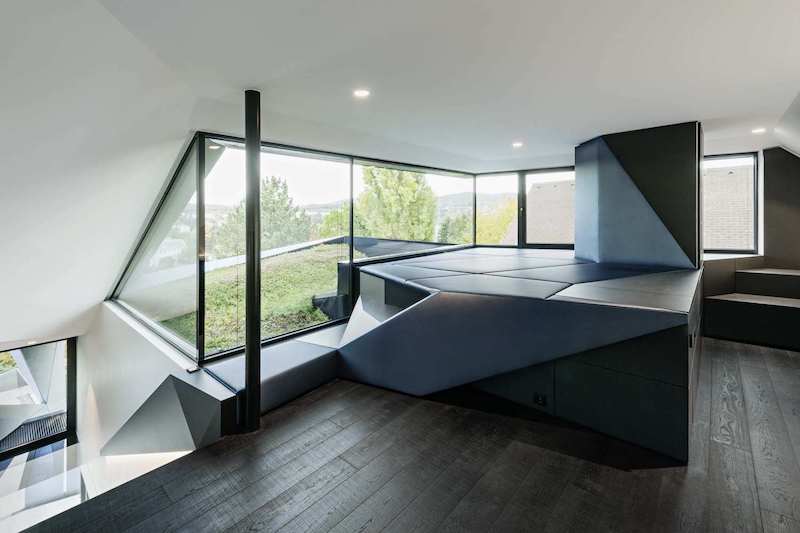 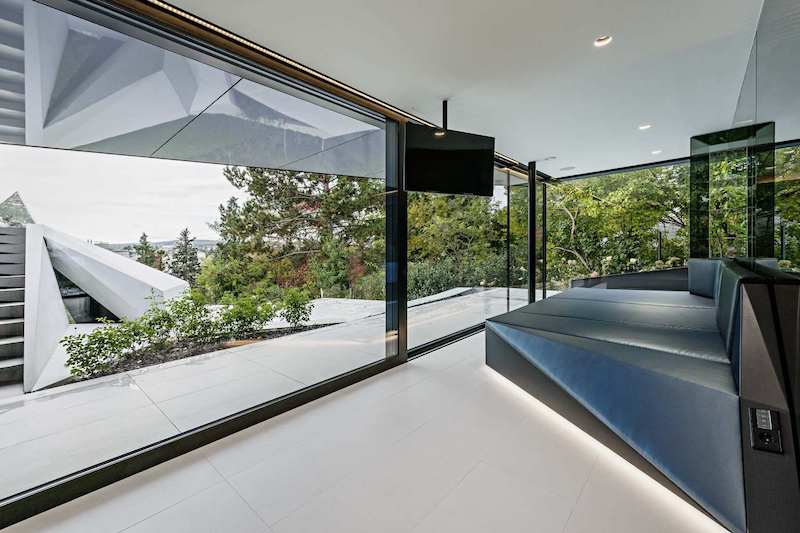 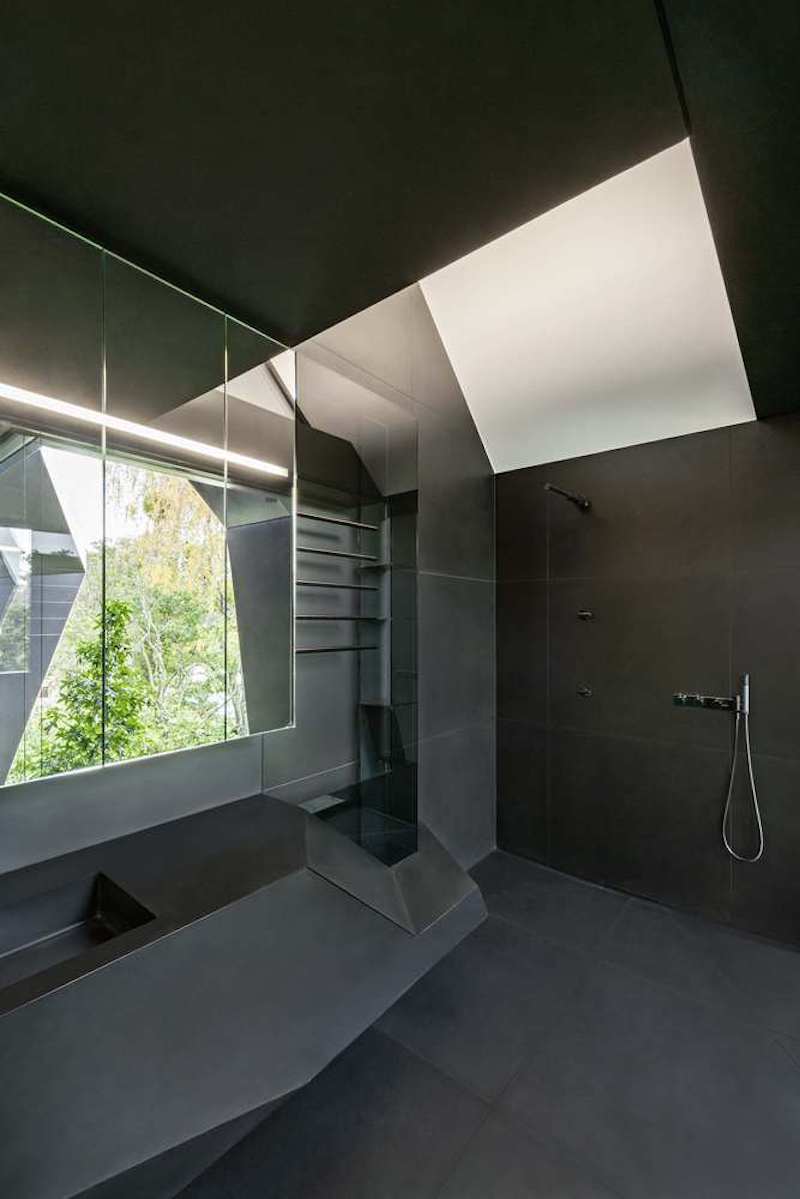 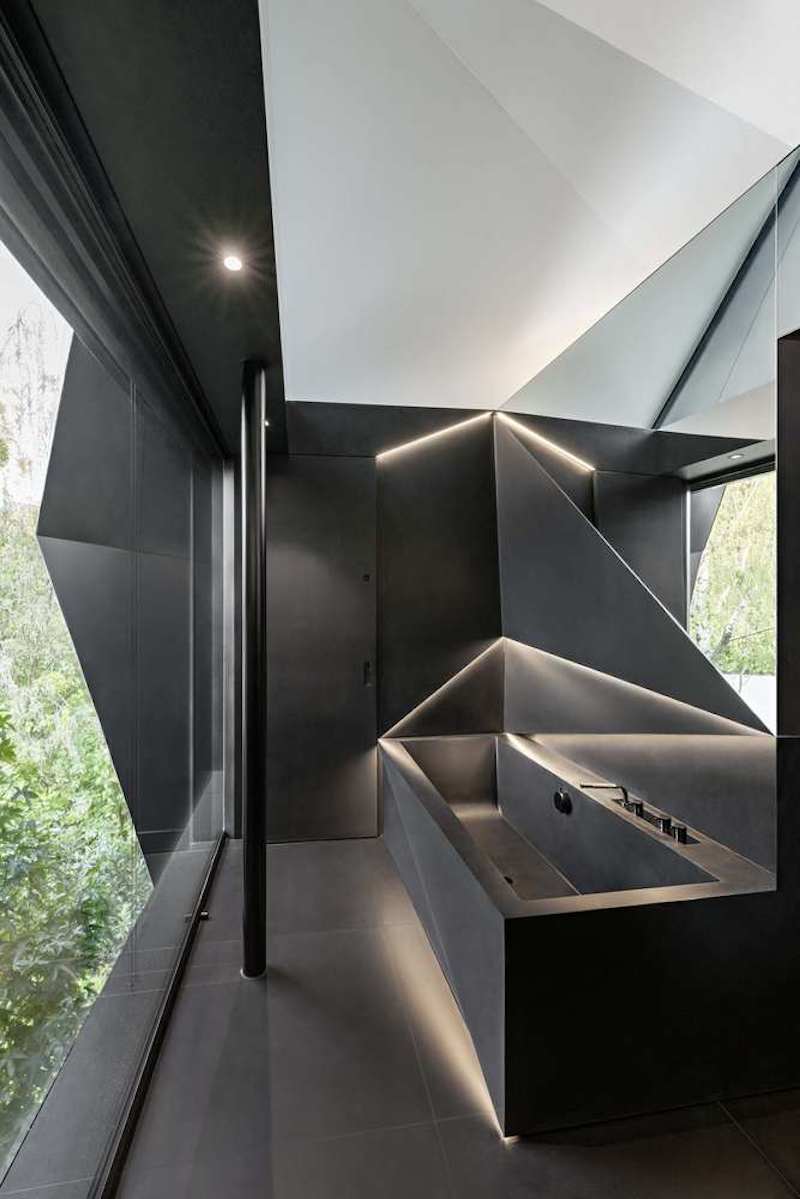 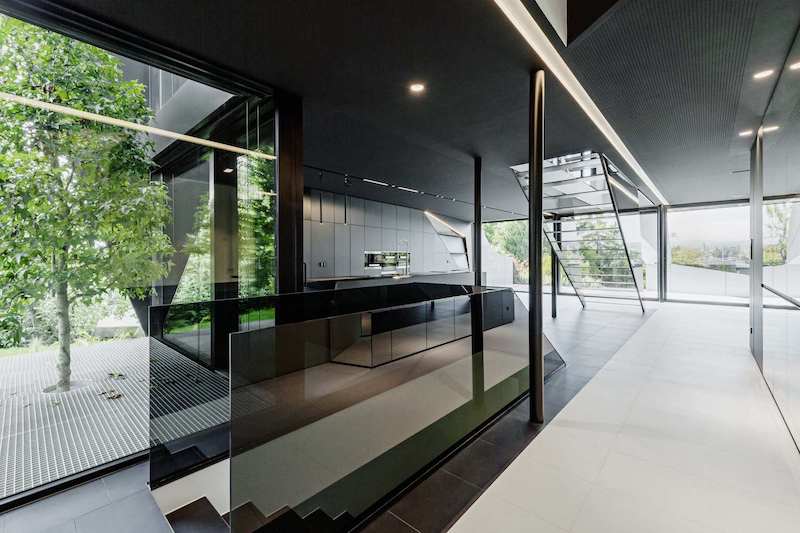 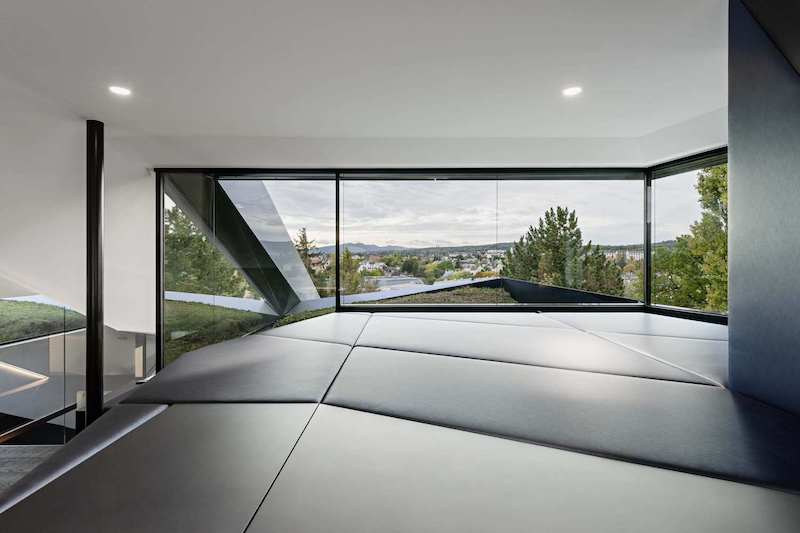 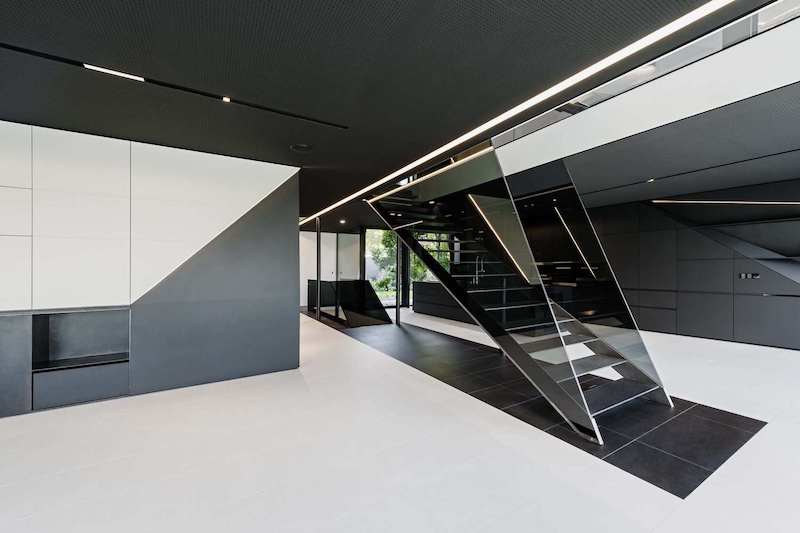 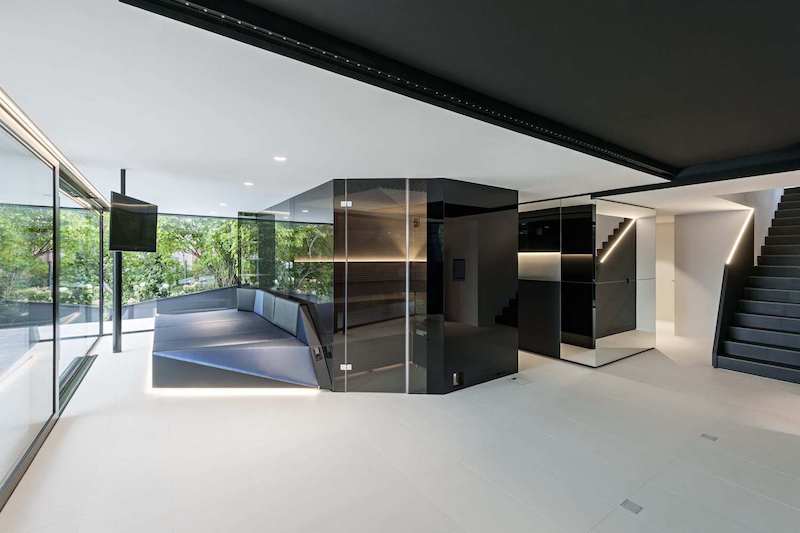 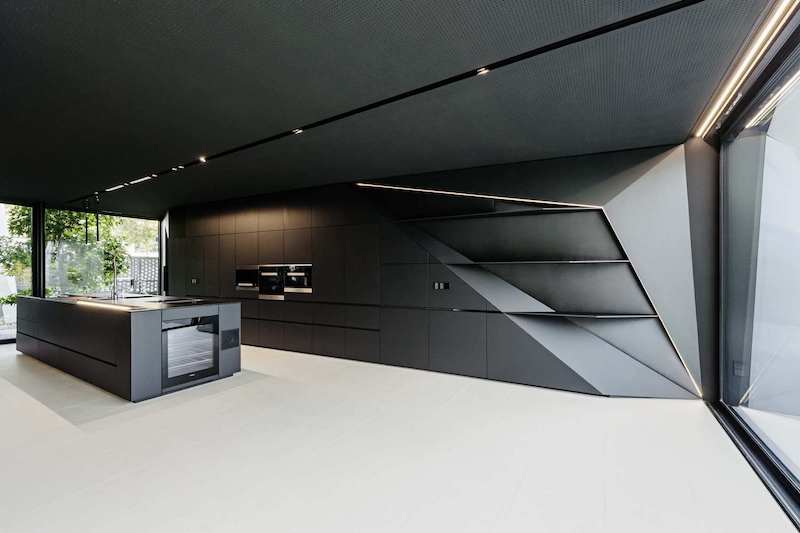 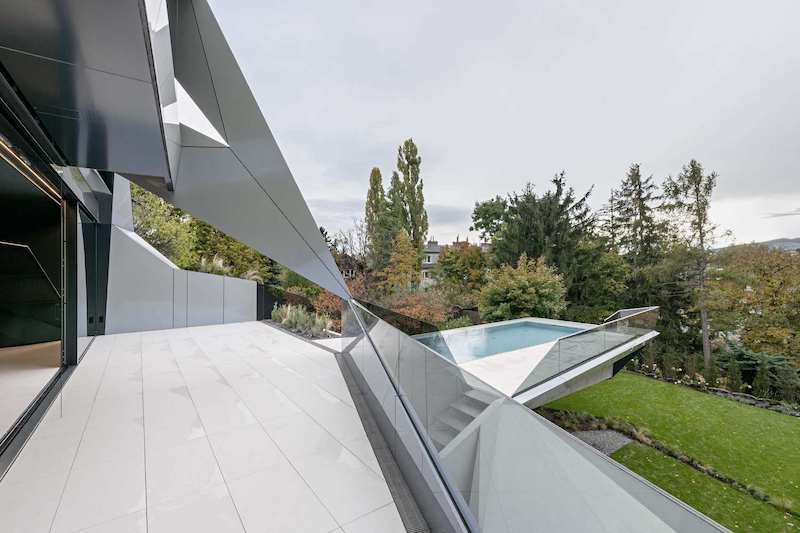 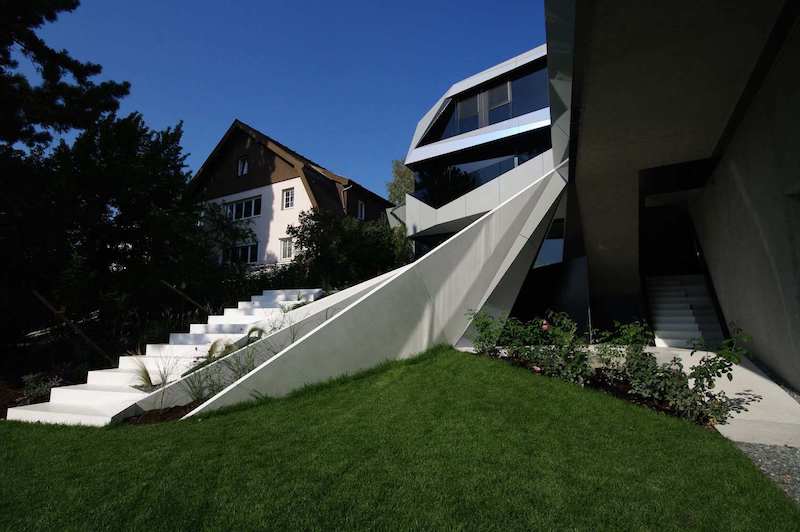 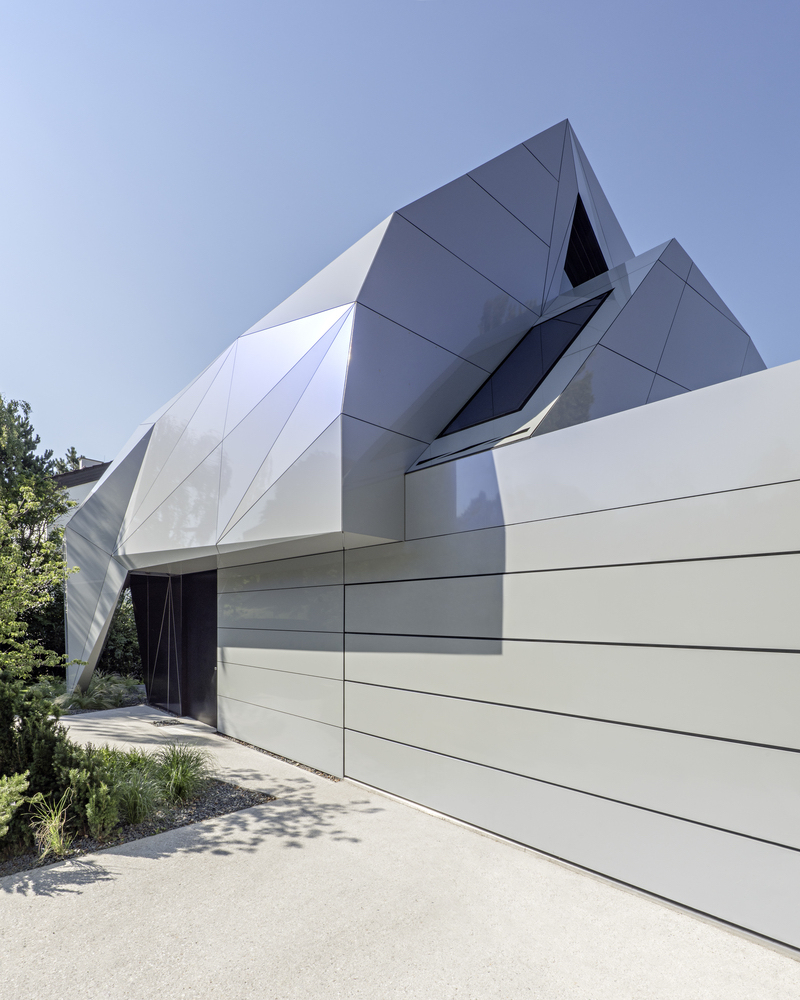 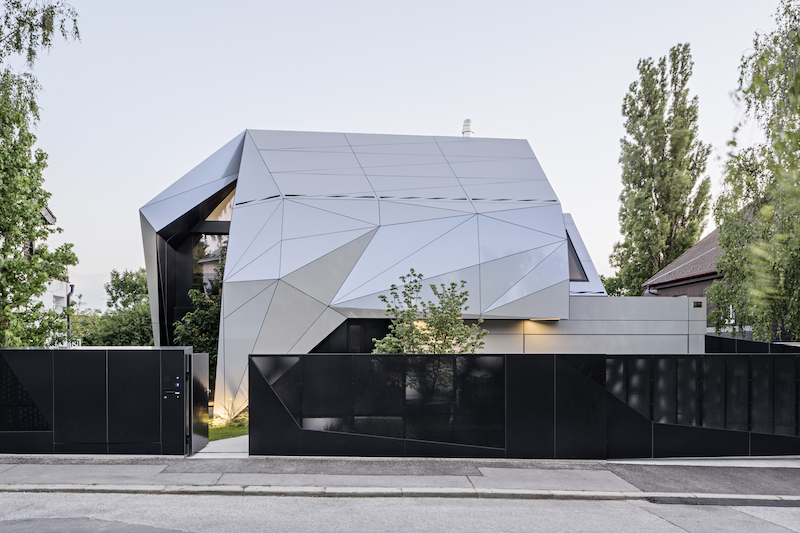 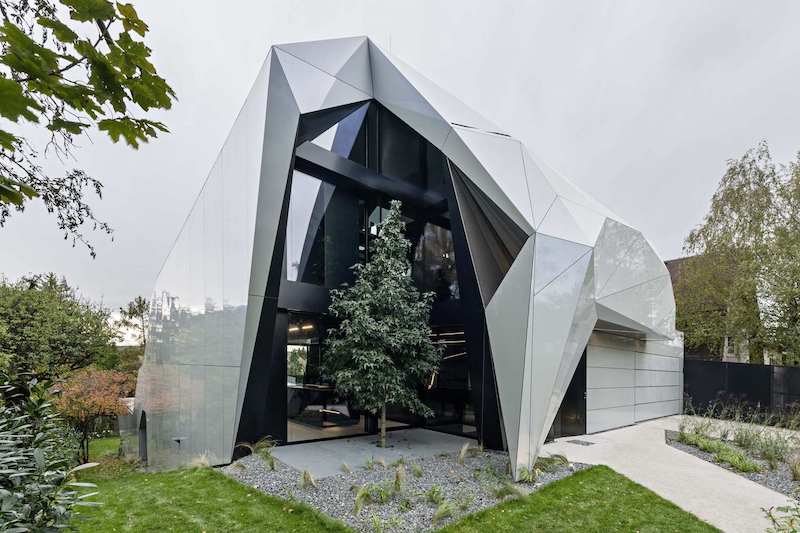 Every home is unique but some stand out from the crowd more than others, some are eye-catching in a more dramatic way and make a stronger visual statement. There are no rules and no pattern for these houses. Each one is special in its own way. The CoMED House uses geometry and futuristic design to be bold and striking.

This exceptional house was designed and built by ad2 architekten between 2014 and 2016. The most striking thing about the house is also the element that defines its entire structure and design, inside and out: the geometry of the building and everything in it. Located in Vienna, Austria, the house occupies has a total surface of 400 square meters.

The design of the building’s facade is origami-like, with large folds that cover all three floors and link the interior spaces to the garden in a surprisingly seamless manner. The spaces are distributed throughout the house based on their function.

The ground floor houses the kitchen and has a close connection to the garden. Staircases descend from the upper floors, unfolding into the garden. Their clean lines and geometry contrasts with the organic beauty of the lawn which is perfectly manicured to maintain the minimalist appearance that defined the entire house.

The lounge area is situated on the first floor. It’s organized around a fireplace and it has access to a swimming pool that’s entirely cantilevered over the garden. In addition, full-height windows reveal unobstructed views of the landscape. Despite the futuristic and simplistic nature of the design, there’s still a very noticeable and well-balanced connection with nature and everything related to it.

Clean lines and angular forms and an overall extreme simplicity characterize all the spaces inside and outside the house. The kitchen has a multifunctional island and lots of storage concealed inside a flush wall unit while the bathrooms are as simple as they can be.

The top floor is reserved for the bedrooms and their bathrooms. It’s a private zone with its own panoramic views. Like the rest of the house, these rooms are extremely simple and in tone with the overall geometry and architecture of the spaces.

The entire interior is custom designed specifically for the client. The materials used throughout include corian, black steel, wood and fabric. They’re beautifully distributed and combined to create spaces that are visually striking but also welcoming and home-like. As for the colors, the palette is reduced to black and white with the occasional blue and gray details.