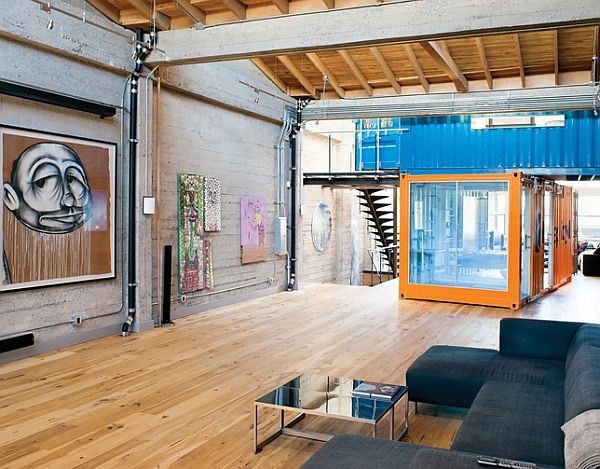 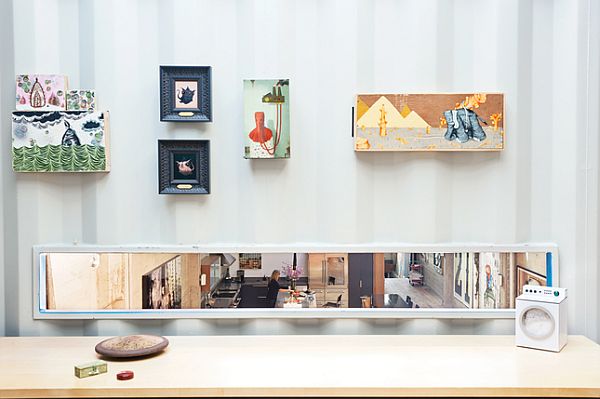 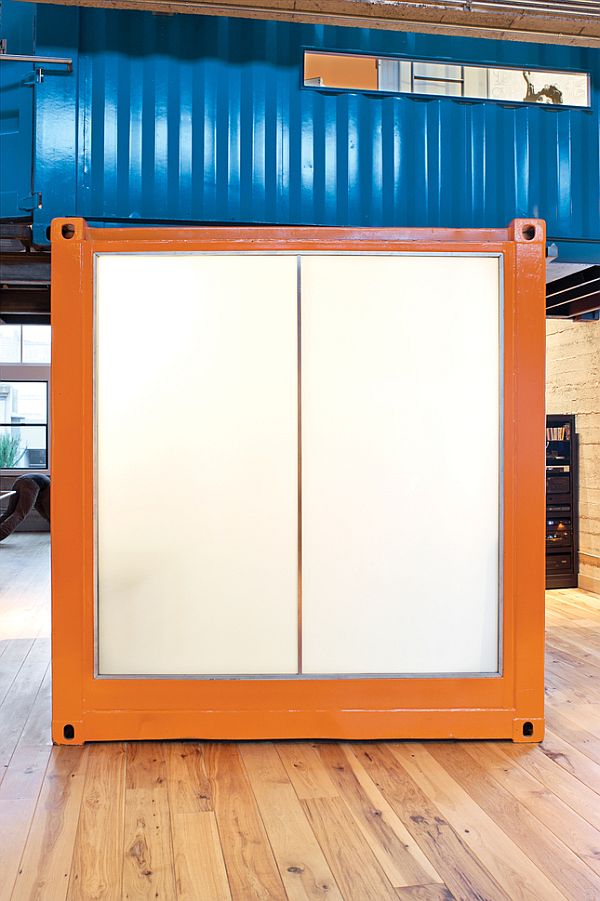 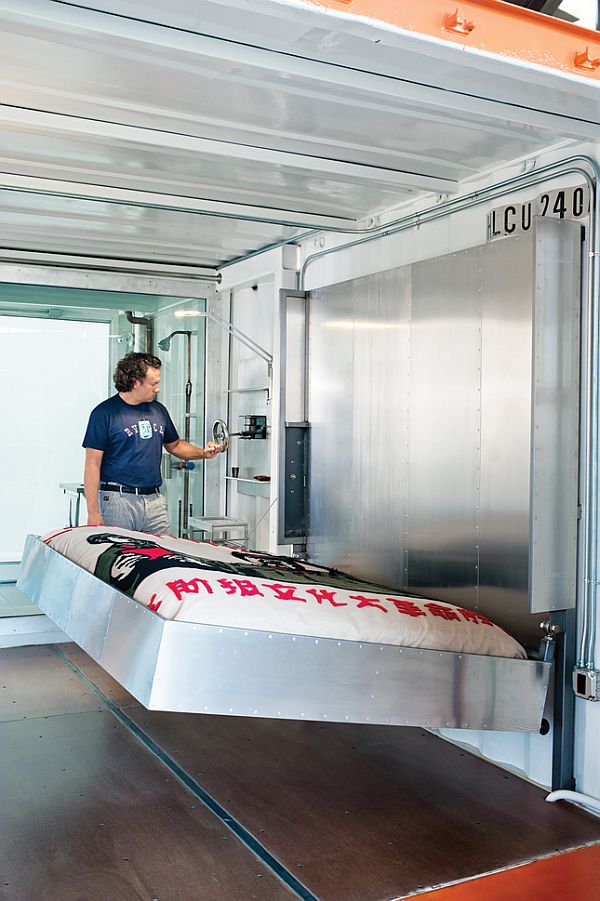 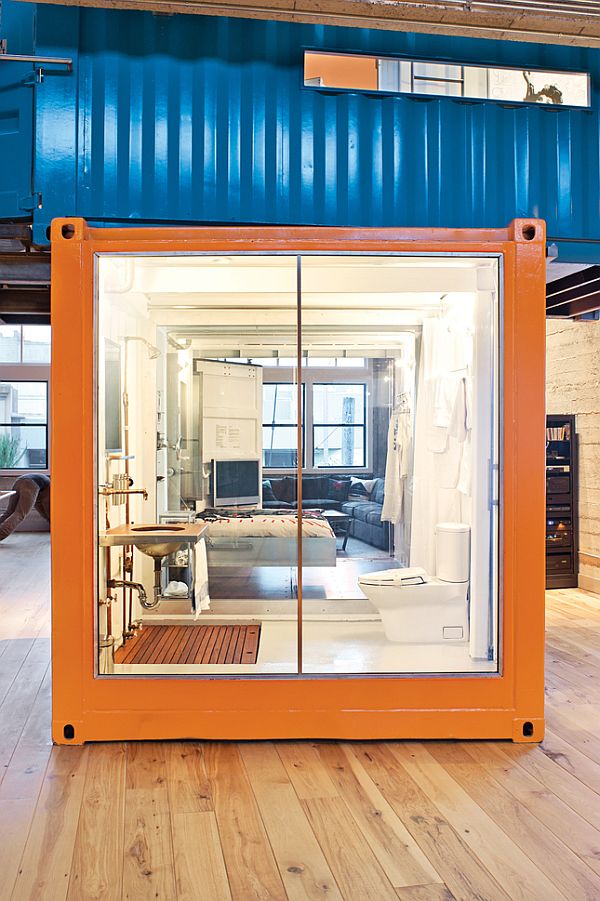 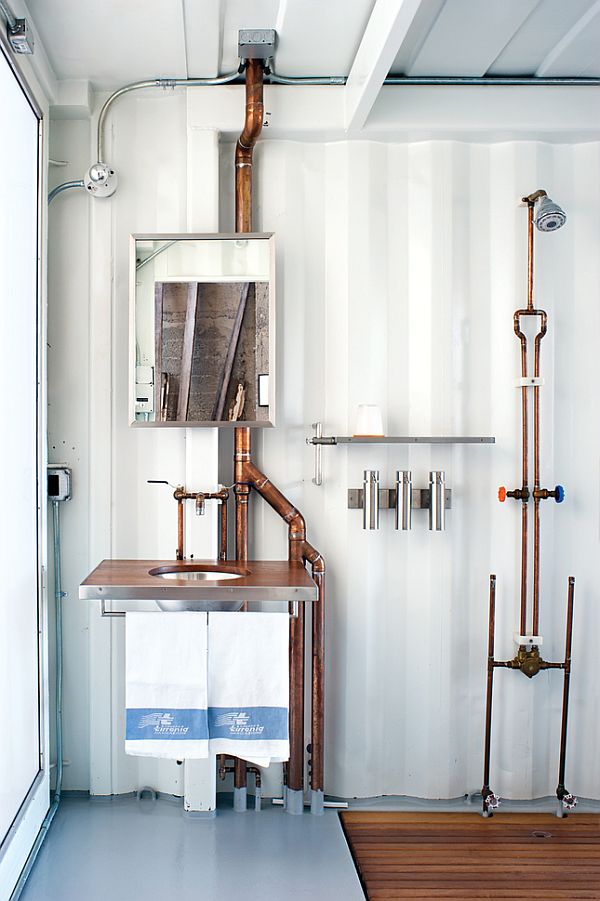 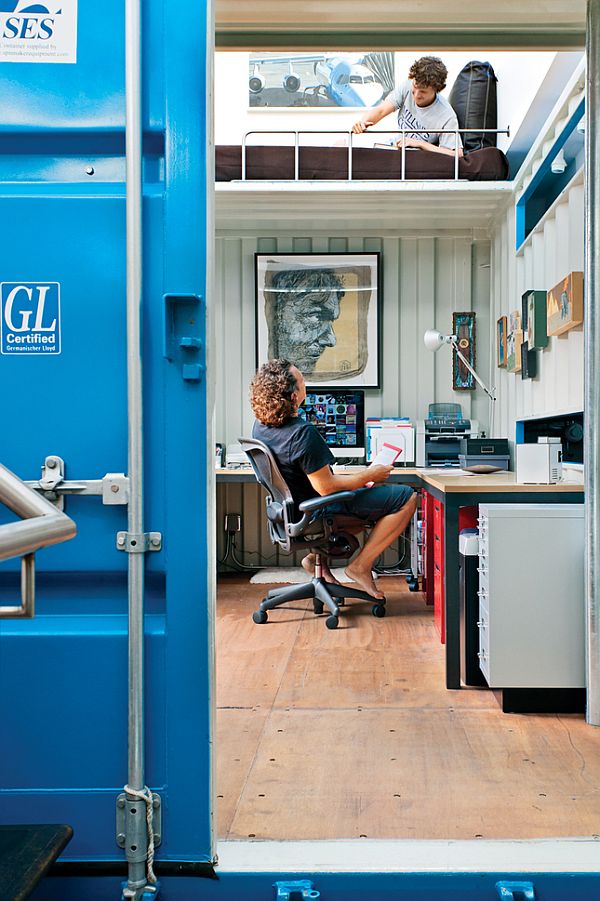 This unique loft is located in San Francisco. It’s owned by two art and travel addicts who decided to customize their own in a very unique way. The couple used a pair of shipping containers to decorate their home. The containers are also functional and they accommodate their collection while also reflecting their personality and passion.The loft is owned by Jeff Wardell and Claudia Sagan who developed a real passion for traveling. Over the past three summers Wardell put 15,500 miles on a motorcycle he and Sagan keep in Milan on rides from the Arctic Circle to southwestern Portugal. The couple soon developed another passion when Wardell began collecting street art in the mid-1990s. This habit then became a real obsession.

The couple began to buy all sorts of things such as creations of local graffiti artist Barry McGee or Shepard Fairey, JR and Os Gemeos. They reached a moment when they had collected over 120 pieces and at that time the couple realized they would need a bigger home if they wanted to keep doing that. They moved into this lovely loft that offers them the perfect interior structure. Wardell’s office has a rectangular that the couple calls the “dinner’s ready slot”.

In 2007 the couple decided to purchase a 3,200-square- foot former Chinese laundry and tooth-powder factory. It had a very large and column-free interior that allowed them to divide the space as they wanted. They also decided to create several cozy rooms. They placed the master bedroom at the back, away from the street. They also wanted to maximize the daylight and to have plenty of space to showcase the art they have collected. In the end it all turned out great. It’s an unconventional home but the owners are unique as well. It’s like the house resembles its owners.{found on dwell}.