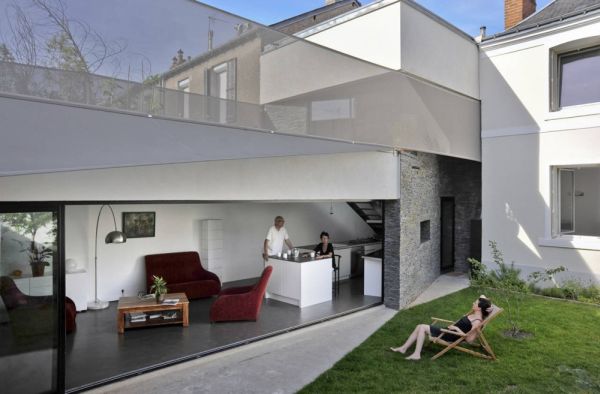 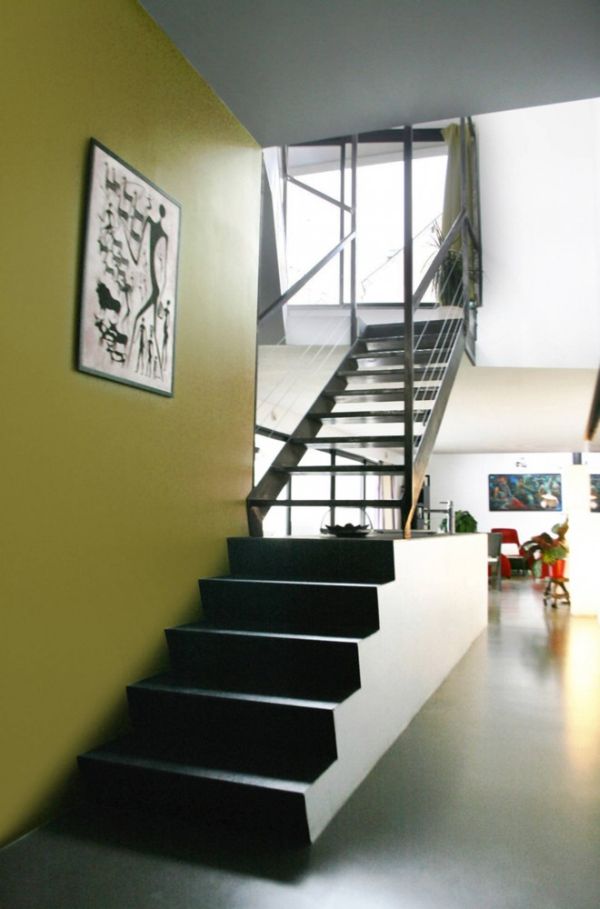 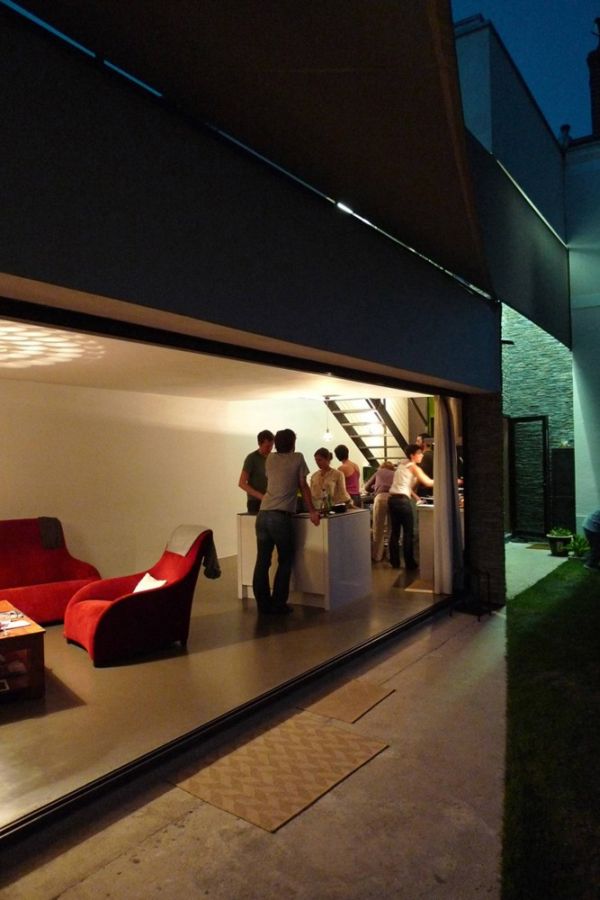 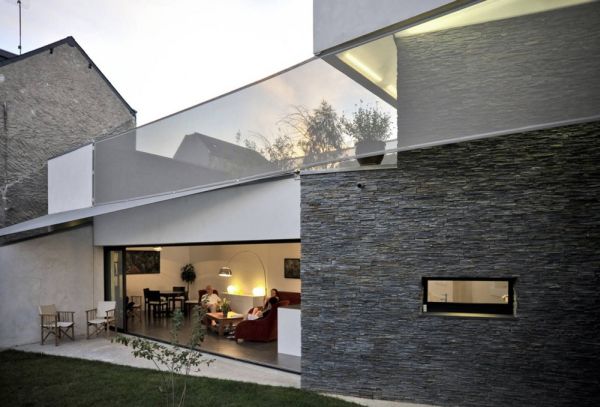 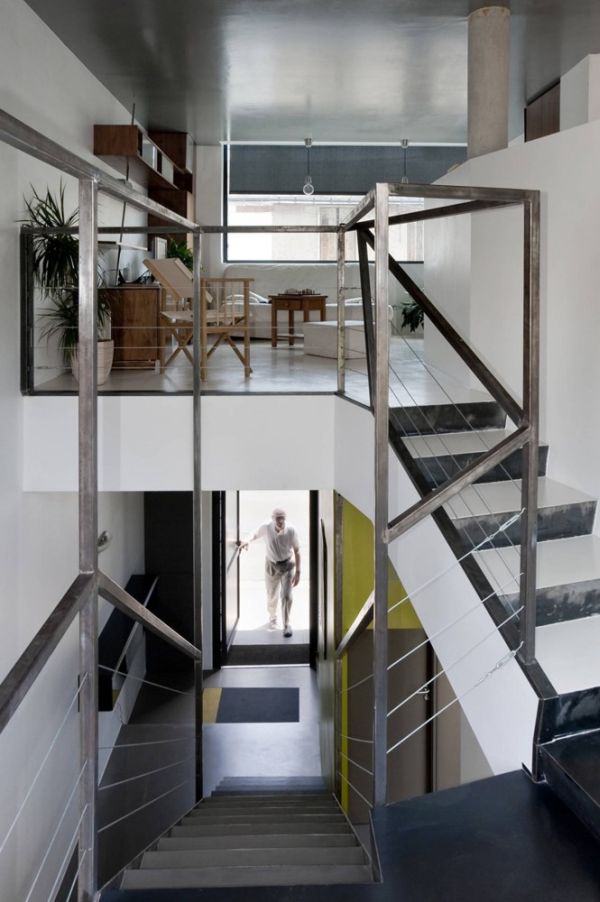 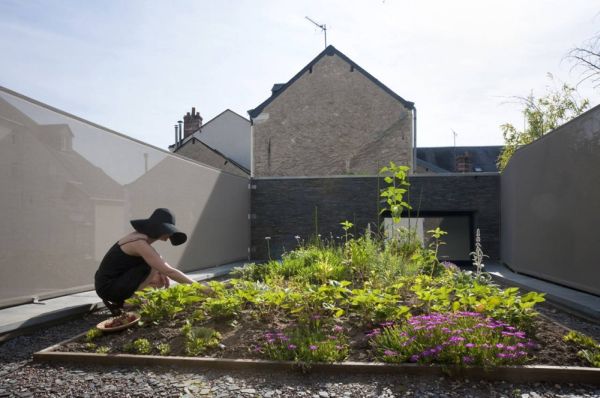 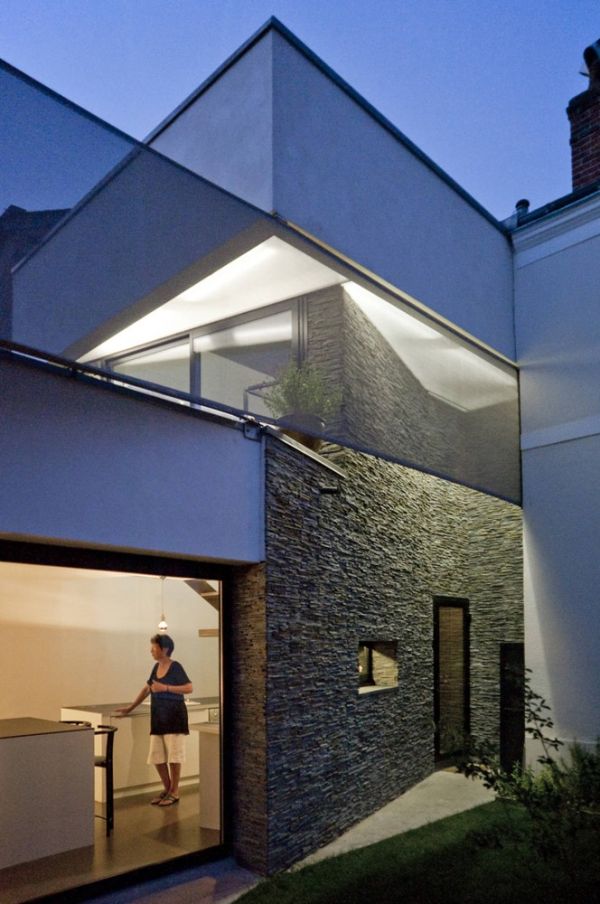 The Fertile House is a private residence located in a residential neighborhood in Tour, in the Loire Valley, France. The actual section of the residence that is called Fertile House is in fact an extension designed by MU Architects. It was built in 2010 and it covers an area of 210 square meters. Strangely enough, the extension is actually larger than the house itself. It was built for the owners who expressed their desire of having the living spaces at street level. They also wanted to have enough space in the house to accommodate their children and grandchildren who are frequently visiting.

The original house is situated in the corner of the street and it has a simple and modern design that makes it stand out among the other traditional houses from the area. Now that it also has this imposing extension it’s an even more prominent building. There are lots of elements that make this property stand out. For example, all the other houses have windows facing the street but this one ir oriented towards the interior of the block. The street façade is very minimalist.

The main reason for building this extension was to hide the living spaces and to ensure the privacy of the house. Moreover, the owners are an aging couple so they wanted to restructure the living areas so that they could even live on the ground floor if needed. After this project, the building features n U-shape. The extension is facing south and links all the volumes. It includes the living areas as well as a bedroom and bathroom. The upper floor is dedicated to the guests and includes a TV room and two guest bedrooms. There’s also an extra bedroom in the attic while the mezzanine is a play area for the kids.