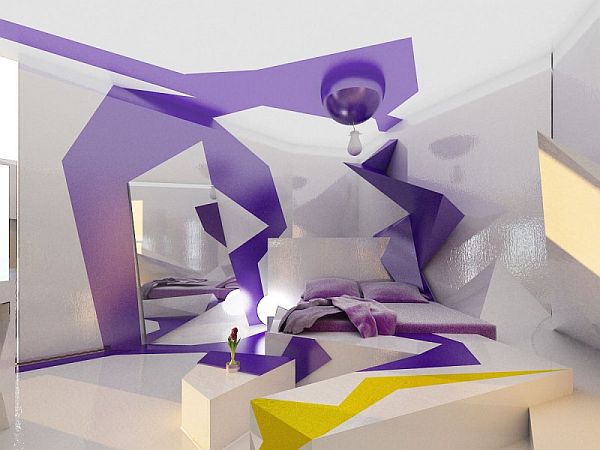 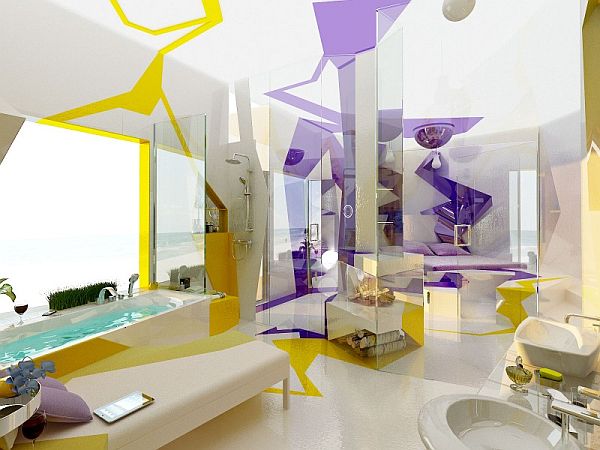 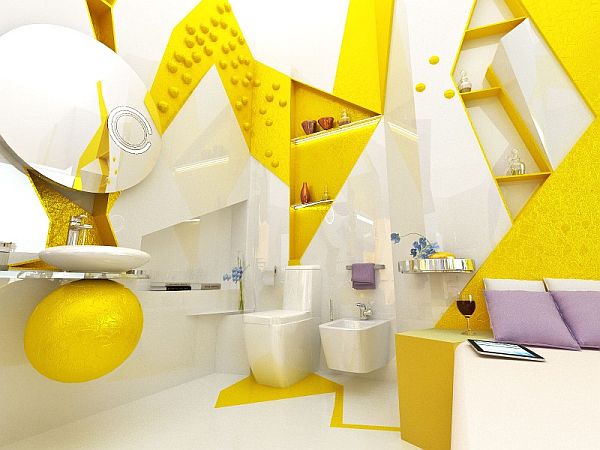 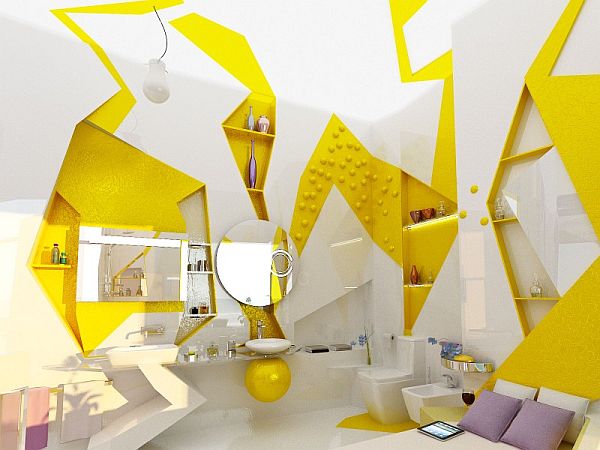 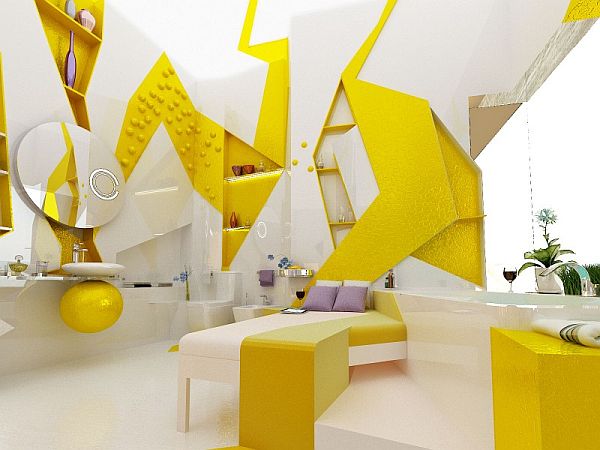 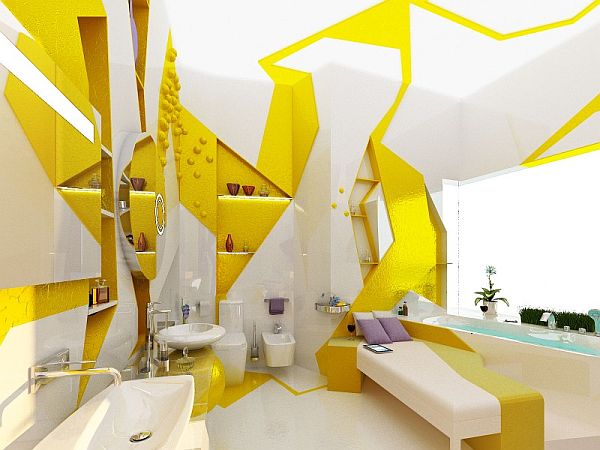 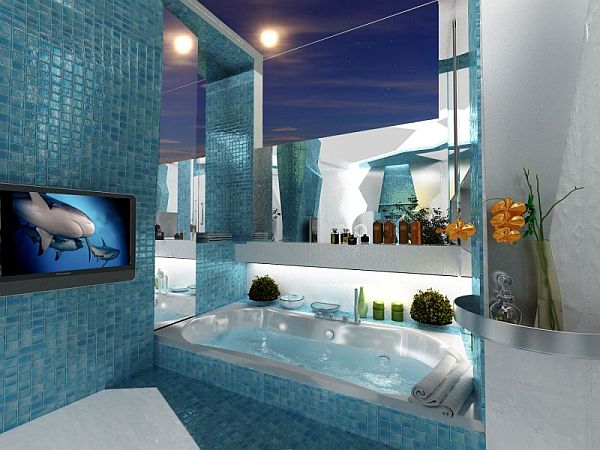 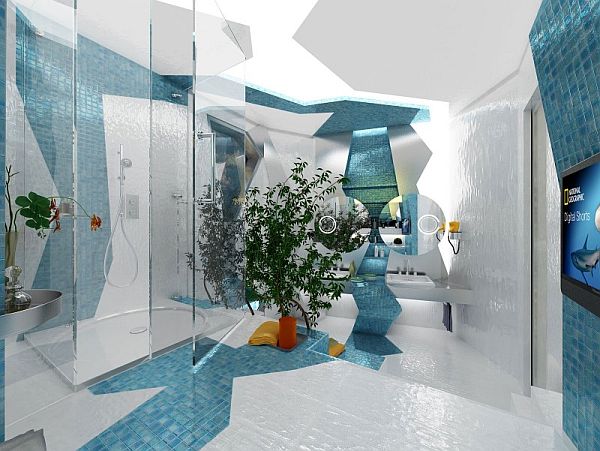 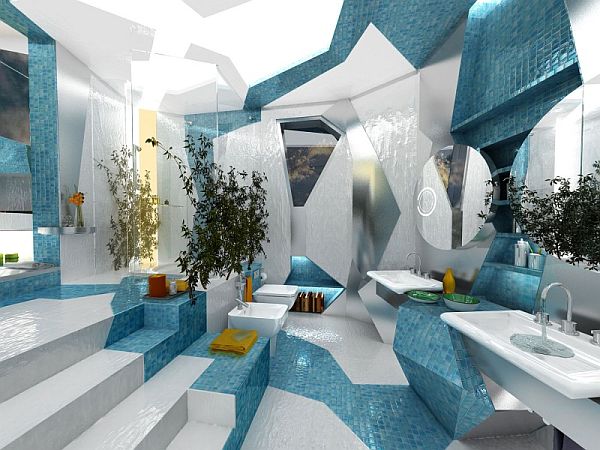 We’ve seen so many bathrooms that look alike that we forgot they could actually be different. Every once in a while it’s good to just forget about everything and reinvent a certain design. It’s what Bulgarian Twin designers Branimira Ivanova and Desislava Ivanova from Sofia-based studio Gemelli Design did. They came up with two very interesting and unusual bathroom concepts.

The first one concept is called An Oasis in a sandstorm. It features a similar décor but with different colors. Of course, the internal structure differs as well. In this case we have a bedroom separated by the bathroom with a fireplace and a glass wall. It’s an unusual idea based on the concept of relaxation.

The bedroom and the bathroom are also separated with distinct colors. The bedroom is purple while the bathroom is yellow. It’s where the name for this concept also came from. It might not seem like something most of you would like to have in their home. It’s true that the bathroom doesn’t offer much privacy but some of us like that idea and even find it interesting. It’s up to you to decide which concept you like best. Maybe you could even combine the two and form something new. 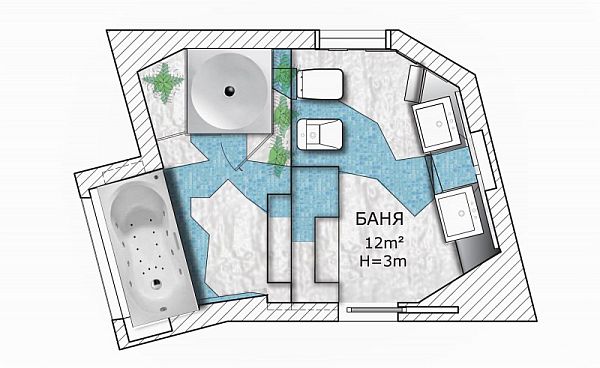 The second is called H2O in Geometry. This concept is based on the water element, an element that sits at the base of the idea of bathroom. A bathroom would be something totally different if there was no water involved. The H2O in Geometry bathroom concept presents a bath divided into two areas. They have different levels and different functionalities. The lower level includes the washbasin, the toiler and the bidet and the shower is on the upper level. However, the way in which these levels have been combined with a futuristic interior décor creates a feeling of continuity.