The Fence House is a family residence located in Borowiec, Poland. It occupies 290 square meters of space and it was designed and built here by mode:lina architekci, a team of professionals that always focus on the client’s needs and for whom each project starts with a research phase and ends with a positive feedback from the clients.

The building is organized into two blocks. They both have sloping roofs and similar sizes and shapes. One of the blocks is the parents’ zone while the other is occupied by the kids. The clients wanted to create this distinction between the spaces in order to offer each the needed privacy and independence.

The design of the house is a contemporary interpretation of the traditional style, hence the pitched roofs. The garage which is an extension of the house was designed in a similar style, featuring an asymmetrical cube form.

The architects used simple and raw materials such as bricks, concrete and gray metal sheets to offer the house a minimalistic look, somewhere between traditional and modern, maybe also with a few industrial and rustic hints.

The facade facing the street has the least amount of windows and those that are here are quite small compared to the panorama windows on the back facade and the sliding glass doors that connect the spaces to the outdoors.

The ground floor of the two blocks is a common area for everyone. This is where the social spaces such as the lounge area, the kitchen and the dining area are situated. They share an open floor plan. There’s a hallway that connects them and this is also where the staircase can be found. An interesting feature is the window which offers a glimpse at the car displayed in the garage.

The mezzanine floor contains the private areas such as the bedrooms and their bathrooms. The parents’ bedroom is simple and has barn doors while the children’s sleeping area has a really cool design for the beds.

The beds are integrated into wooden frames which mimic a house. They even have cutouts meant to be windows and skylights. The decor is really interesting, like a house inside a house.

At the mezzanine level the architects integrated a library with a large bookcase made of old oak beams. There’s also a large bench which completes the space. It matches the bookcase and it establishes a cohesive and very cozy ambiance. 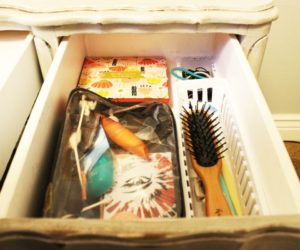 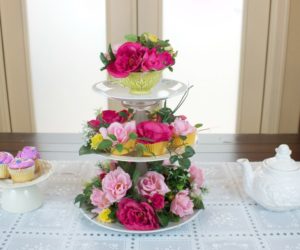 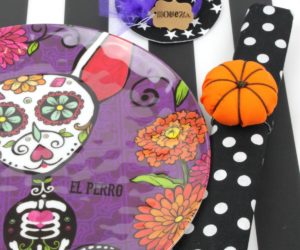