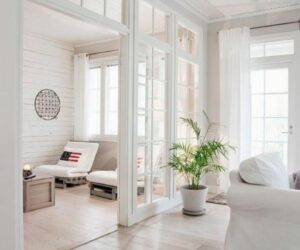 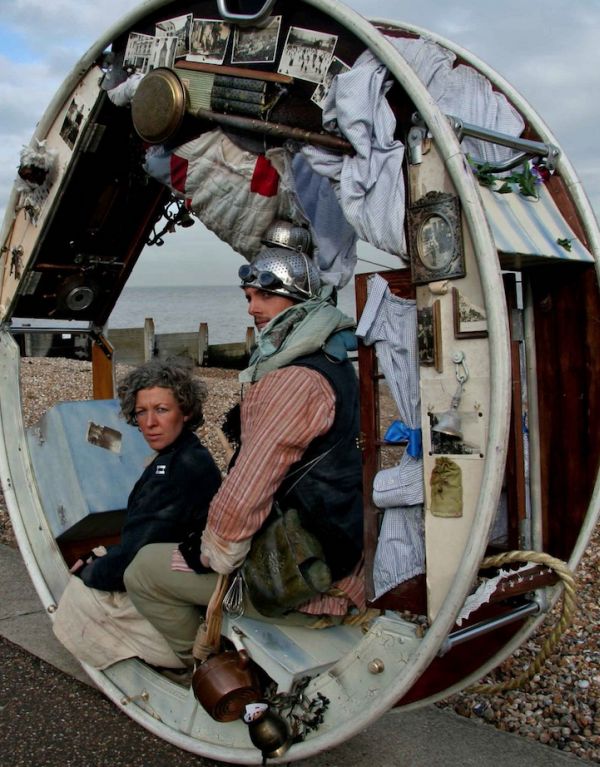 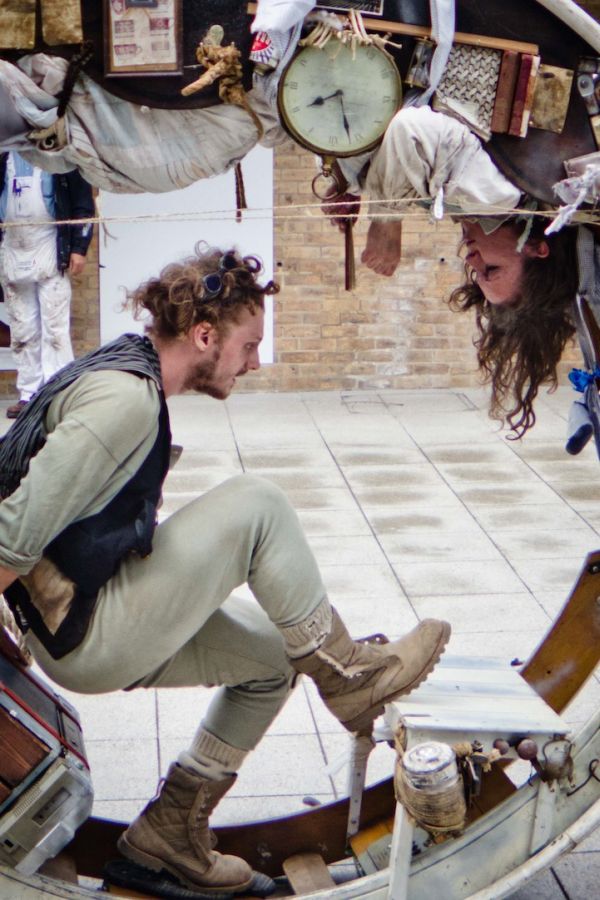 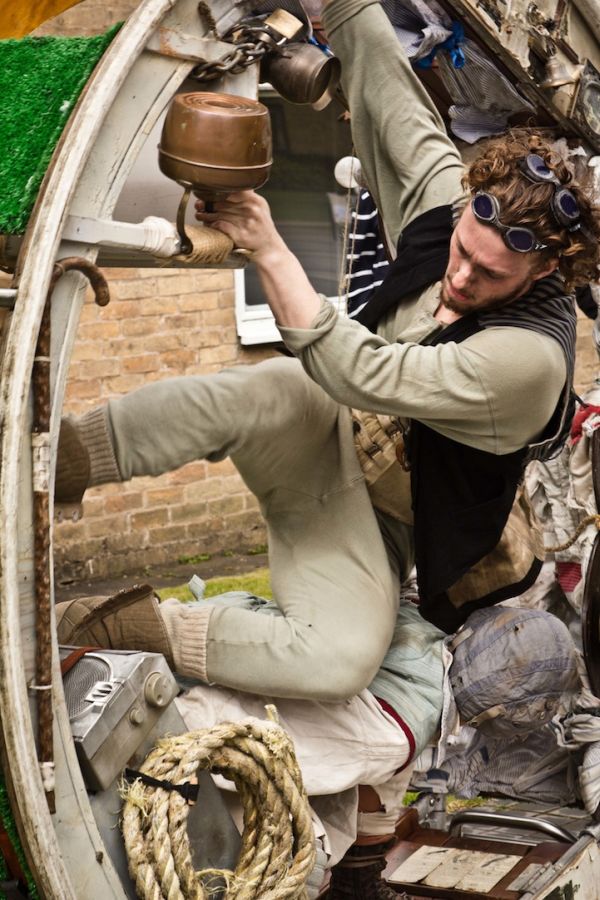 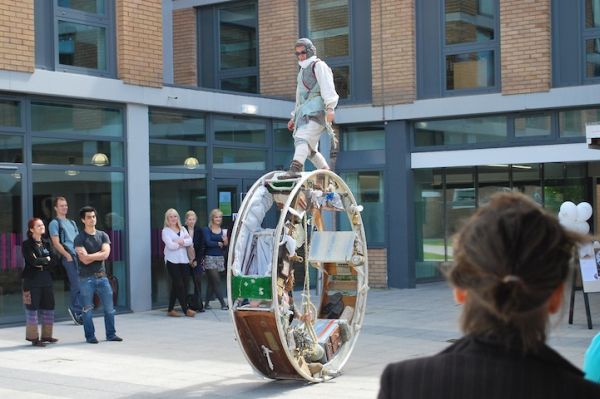 Everybody likes to travel and some do it more than others. For acrobatic performers and artists in general, traveling is something that comes with this job and passion. So since it’s a part of it, you might as well let the world know that you’re proud and good at what you do. You should combine both these elements. It’s exactly what these two acrobatic performers do. They travel in a mobile home.

The Wheel House is improperly named like that because it looks nothing like a regular house. It’s a circular structure with all sorts of built-in features. It might be difficult to see it, but this structure actually all the basic stuff a normal home has. It has doors, windows, curtains, a stove and a bed.

They are all incorporated into the circular structure. It all started in 2006.It’s a project produced by Acrojou Circus Theatre which was formed in 2006 by artistic directors Jeni Barnard and Barney White.

So far, they have created six original shows. This is one of them. They tour within nine countries and perform to nearly 60,000 people. The Wheel House act consists of two characters dressed like hobos. They both move a portable home and have a soundtrack to accompany them. Viewers walk alongside with them and admire their artistic display. The two sometimes stop to take care of everyday activities within their unusual house. The circular structure they use is hand-built specifically for this project.{found on mymodernmet}.