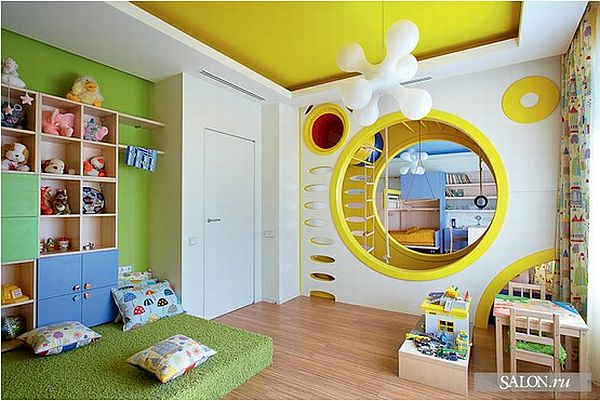 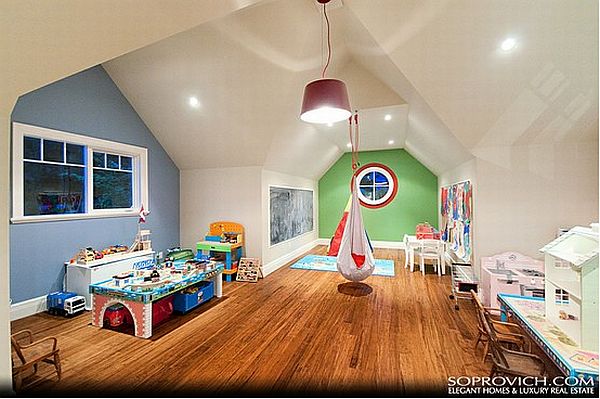 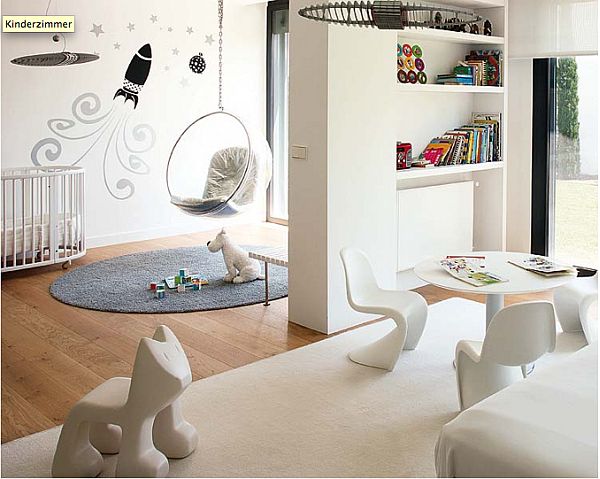 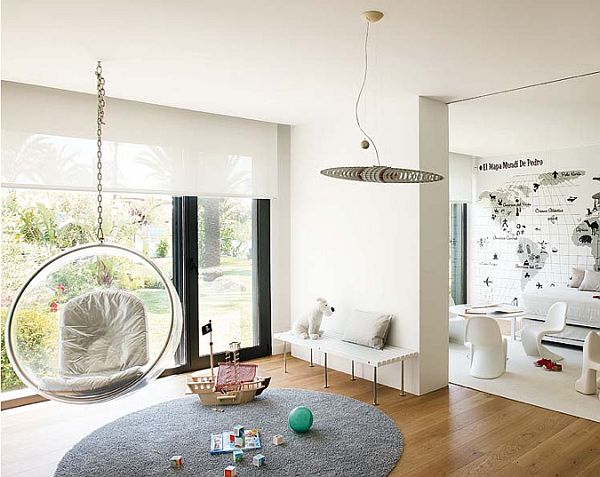 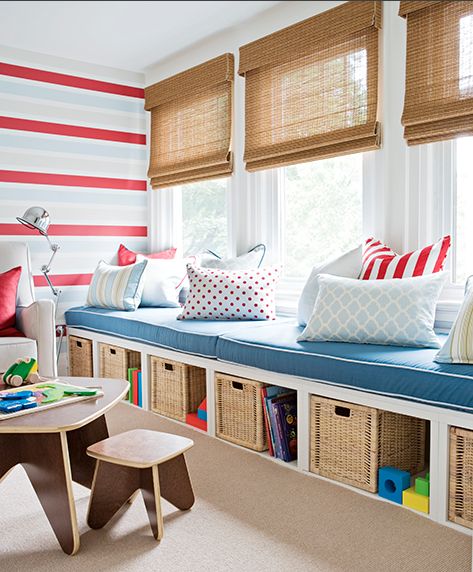 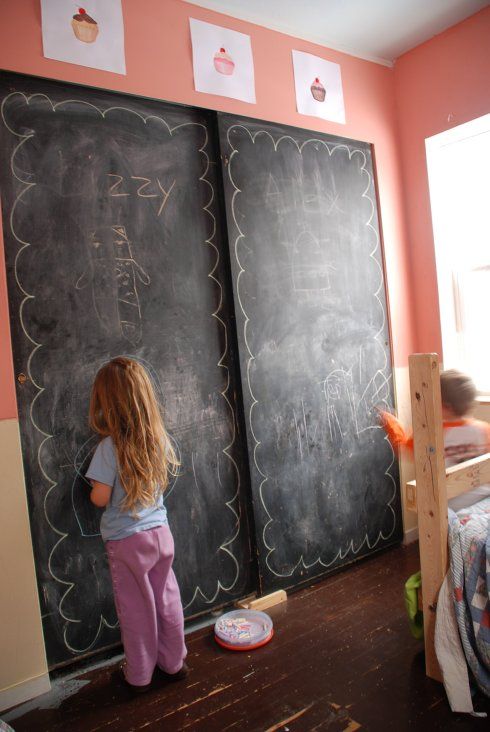 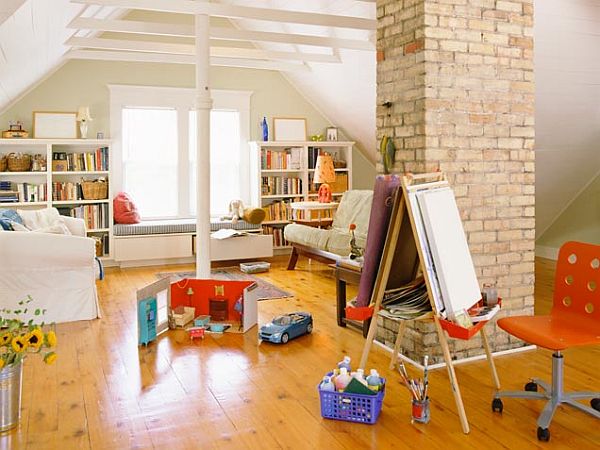 As kids grow up and start moving around the house, you have to give up their old crib and start preparing something totally new for you, but really fun for the child or children: the playroom. I know, there are not so many houses that have a playroom inside, but the number is continuously growing. It is very useful if you have more than one kid and also a lot of space to spare in your house. It is also very important to have such a room in your house for your kid to use in winter, when they can’t spend too much time outdoors.

1. A useful idea is to transform the attic into a great playroom with enough space, wooden floors and two big bookcases. There’s a lot os flooring space available for the children to play on.

2. Another great idea is to design a playroom with everything hidden safely behind large doors covering everything from ceiling to floor and having a huge chalk board in the middle.

3. Of course when you have kids you have tons of toys and you must store them within reach, so here is a good idea of organizing their bedroom as a playroom, too, by placing some large rattan baskets under the bed, in some nice compartments. Add a lot of colourful pillows for the kids’ safety and fun and you will have a great playroom.

4. For bigger children who can read and know Geography you can arrange a beautiful playroom that is somehow combined with a science room: you can see a huge wall world map, some futuristic chairs and also some unusual looking lamps hanging from the ceiling.

5. A white playroom with a hanging plastic ball as armchair and also some  space drawings on the walls or stickers with space design complete the atmosphere.

6. A colourful playroom organized in the attic seems like a good idea and you can use your imagination in decorating it, for example using some hanging chairs to play with in the middle of the room.

7. Finally the masterpiece of this top is a great playroom with a false wall in the middle. This wall is used to separate the room in two, for two kids and also to make your own indoor slide and climbing spot, with interior ladders and round holes in the walls, with funny modern lamps hanging from the ceiling. It shows tons of imagination and an eye for interior design.

Just watch them all carefully and pick only the ideas that you find suitable for your house and then tell us about your project.