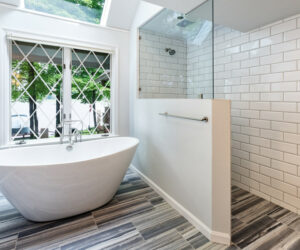 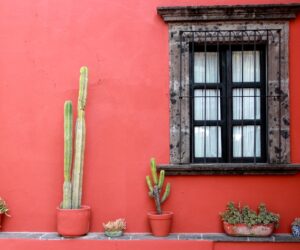 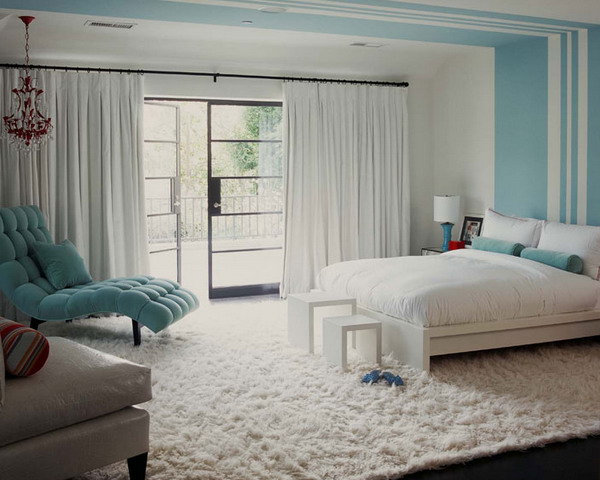 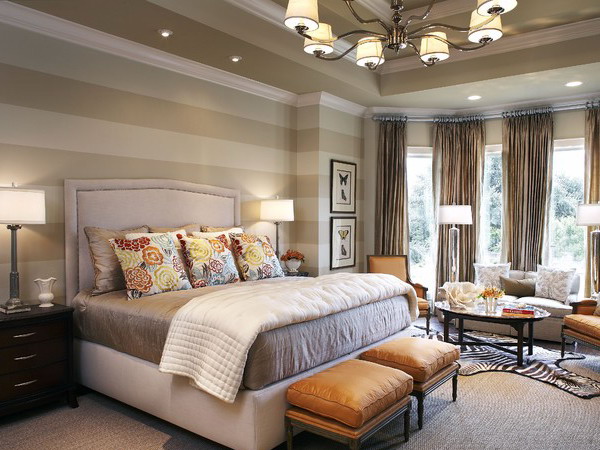 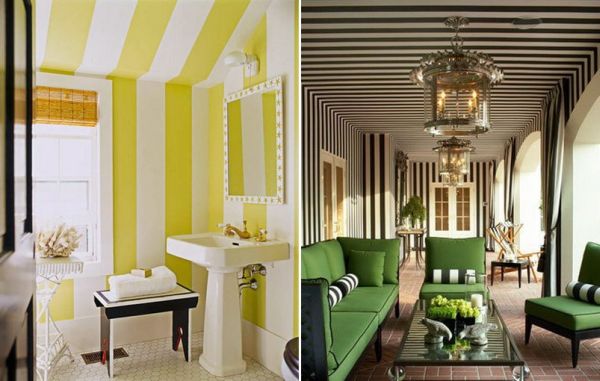 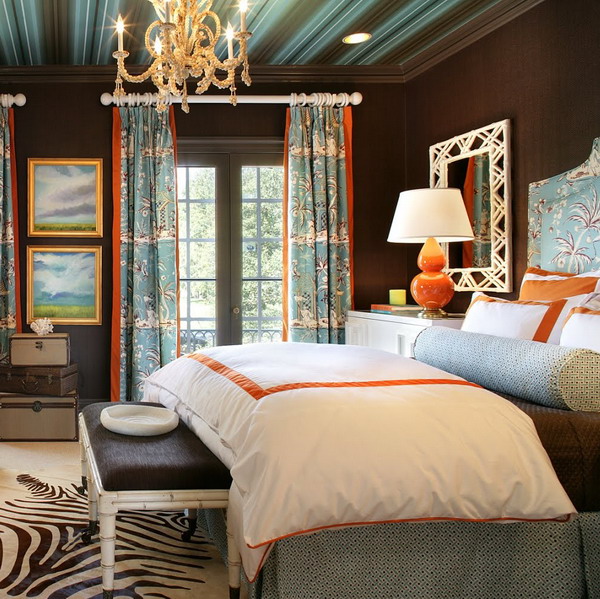 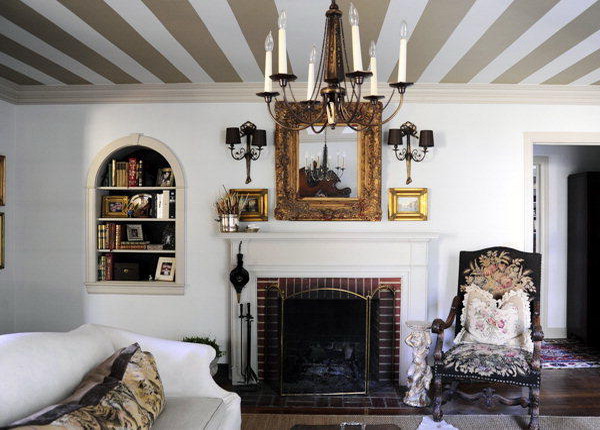 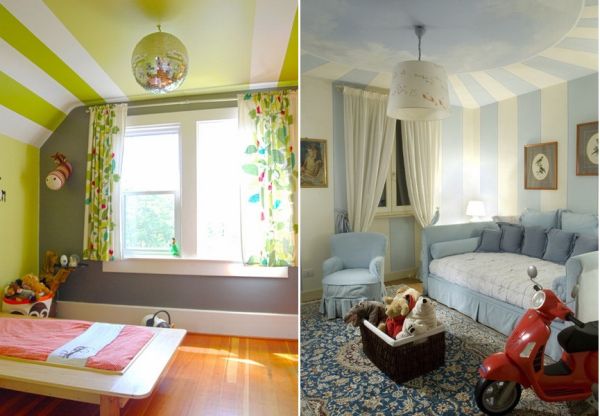 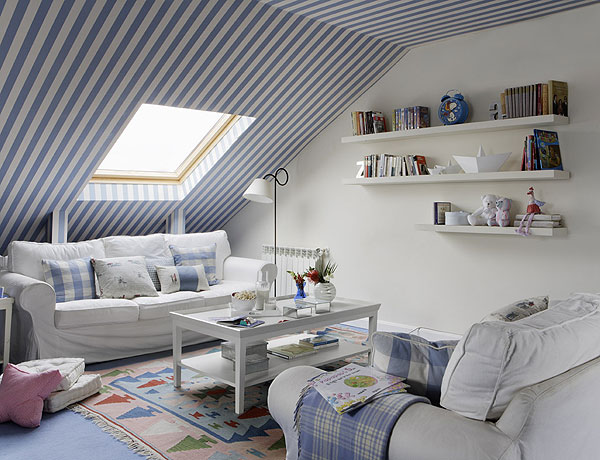 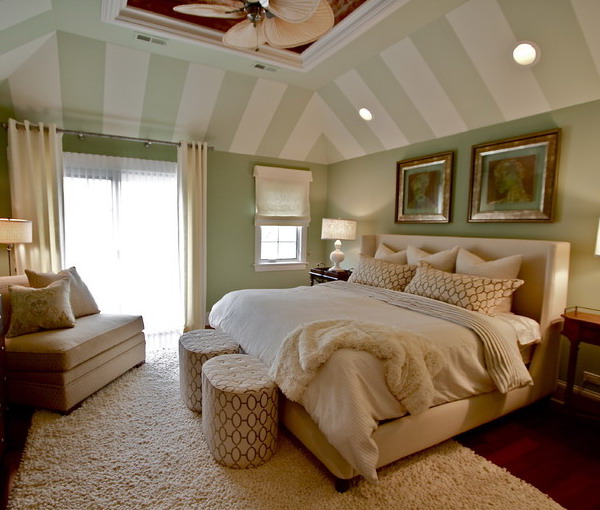 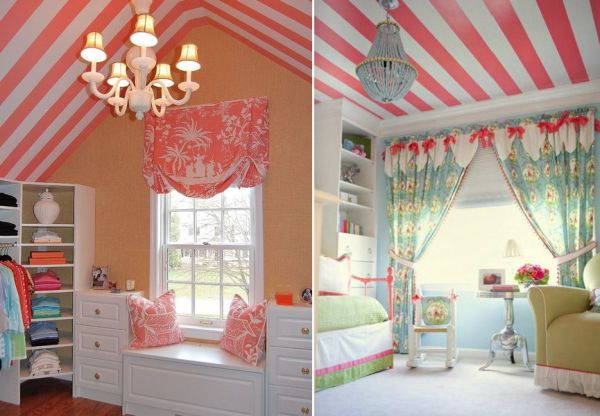 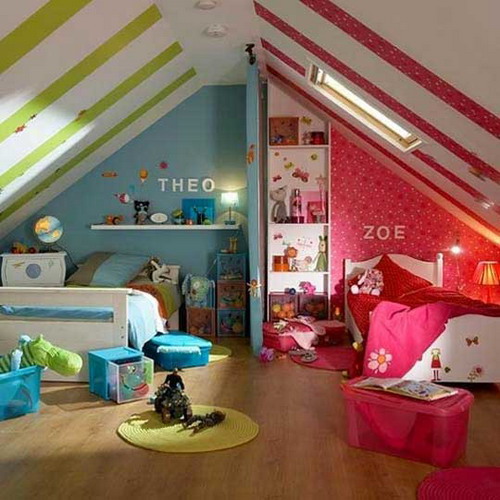 Stripes are very common in interior design. However, most often they are used for the walls, furniture or accessories. A striped ceiling is not that common mostly because it’s difficult to create. Before starting a project that involved painting stripes on your ceiling you should first know the basics.

First you need to decide whether or not your room is suitable for such a design. Ceiling stripes are not something you can paint anywhere. Also, make sure the rest of your décor will match the ceiling because you don’t want to create a negative impression by badly mixing styles and colors. It would be best to let a professional take care of your ceiling but you could also paint it yourself if you’re careful.

A striped ceiling would look good in rooms such as the bedroom, the bathroom or the nursery. They might be a little too casual or too colorful for the living room and too much work for the kitchen. The hallway could benefit from such a spectacular design detail. If the room is small then the ceiling instantly seems higher so stripes are a good idea. If, one the other hand, the room is large and spacious, a striped ceiling would only make it seem smaller and it’s why it’s not indicated to use this method for the living room.

There is an exception in the case of attic living rooms.

Before starting to do anything else you also need to decide on which colors you’re going to choose. The most common combinations are black and white or white and pastel shades. Then decide where you want the stripes to start from. For example, you can also paint a few stripes on the side of the walls and then continue on the ceiling or you can strictly paint them on the ceiling only. The transition stripes tend to reduce the height of the room so make sure you know that too.

The width of the stripes is variable. It all depends on the effect you are trying to create. Thin stripes have a bigger impact on the eye while thick stripes are more suitable for the nursery because they are more relaxing. Make sure they all have the same dimensions and use tape to delimitate the areas. Remember to be creative and feel free to improvise and play with the design. It’s important to choose colors that you like and to also make the rest of the décor match the ceiling.