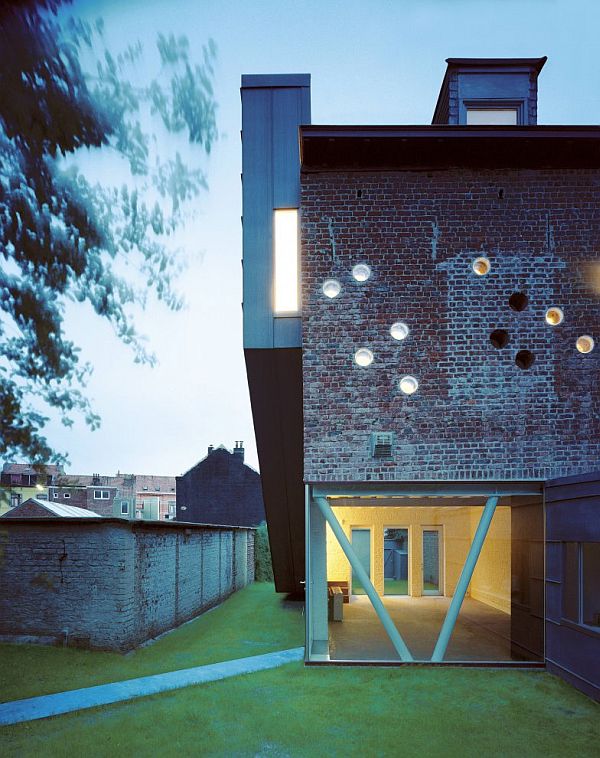 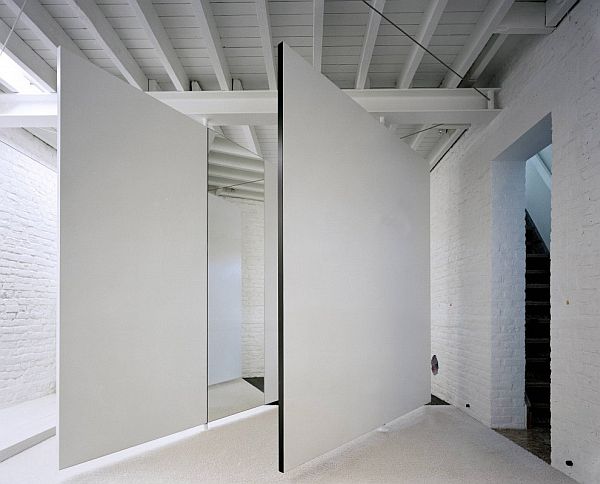 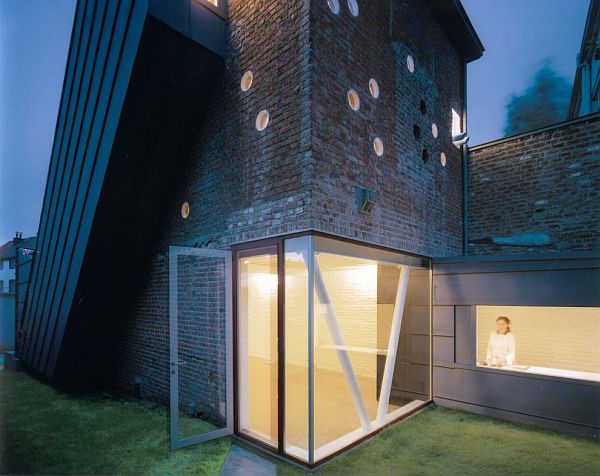 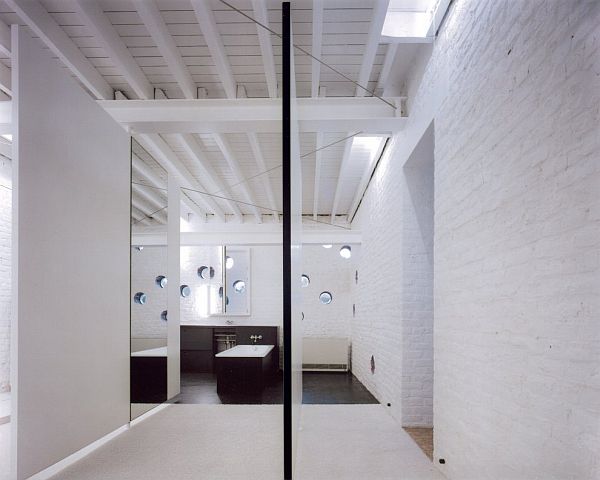 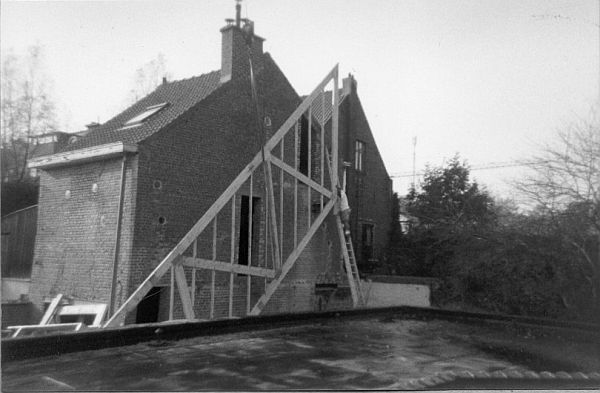 This unusually-looking house is the work of Pierre Hebbelinck from Atelier d’architecture. Actually, the house as not built from scratch. It was more like a make-over. The house sits on an irregularly shaped lot so everything has been a challenge. In order to make it suitable for the new owners, the architect needed to make some changes. He wanted to reveal the history and beauty of this traditional building so several drastic actions had to be taken.

For example, he started by striping down the building. The house had a beautiful brickwork that has been covered over the years with multiple layers. But instead of concealing it, Pierre Hebbelinck though it would be better to bring it back to light. He also wanted to reveal the true history and life of this structure so he only allowed windows to be added to the ground floor. On the upper floors, some thick cylindrical glass block have been added, allowing for interesting light effects both inside and outside.