Skyscrapers and tall buildings in general make me think about U.S.A. It is as if it were an expression of the supreme power.  We are usually impressed by everything that is superlative; no matter it is the tallest building in the world or the smallest miniature on earth. These aspects attract us and we do not think that these might be considered superficial issues, compared to serious problems some peoples face. 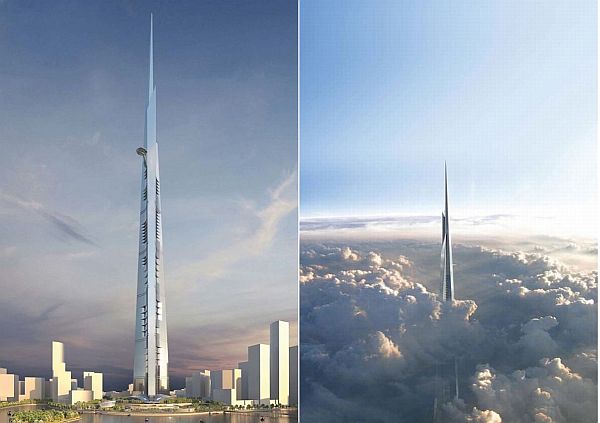 Anyway, what is considered to become the tallest skyscraper in the world is the project of a 1000m building, designed by Adrian Smith and Gordon Gill Architecture, the Kingdom Tower. Actually, it is the centerpiece of the Kingdom City Development and is expected to cost around 1.2 billion dollars.

The construction is supposed to include a luxury hotel, office spaces, serviced apartment and world’s highest observatory, which will be located near the Red Sea in Jeddah, Saudi Arabia and not in U.S.A, as we would expect. If we take into consideration the construction’s scale, we could think about the pyramids, but if we see its interesting shape, the materials used, the beauty of the surrounding and then we think about modernity, elegance and the progress people have made. It is definitely a challenge to build a totally self-sustainable building, a huge proof of the fact that men can do great things. Skyscrapers can be intriguing, right?