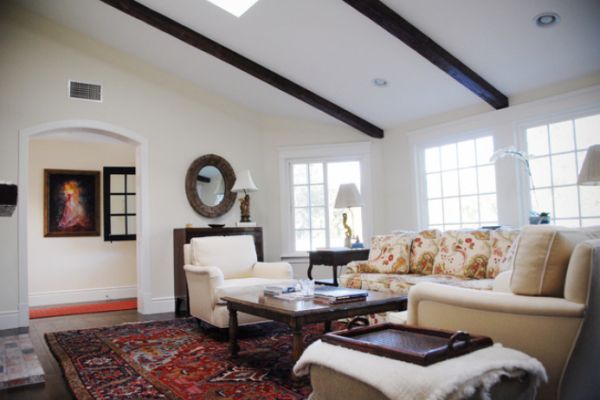 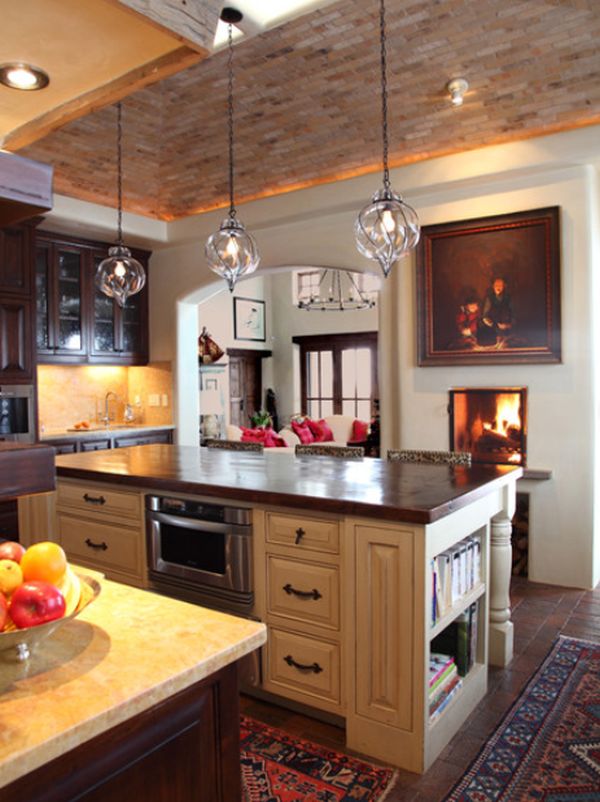 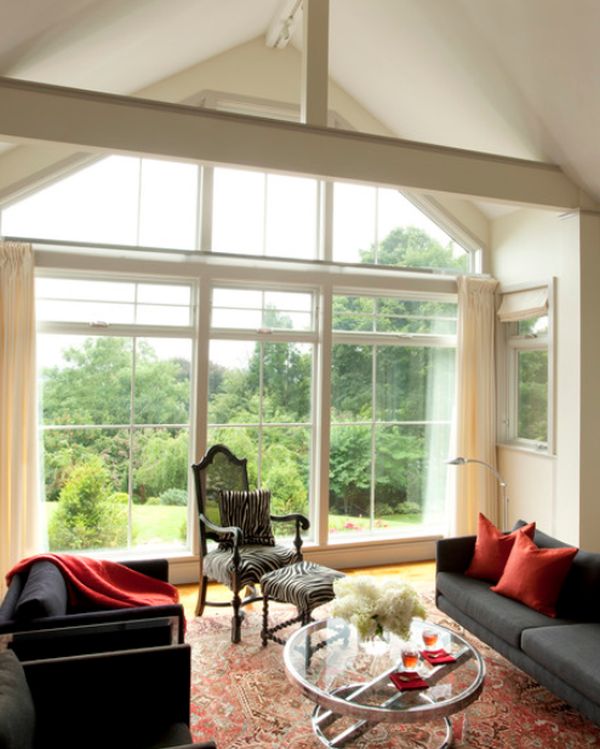 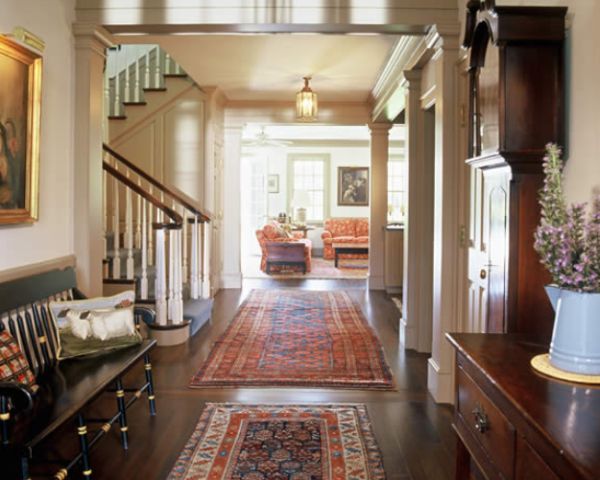 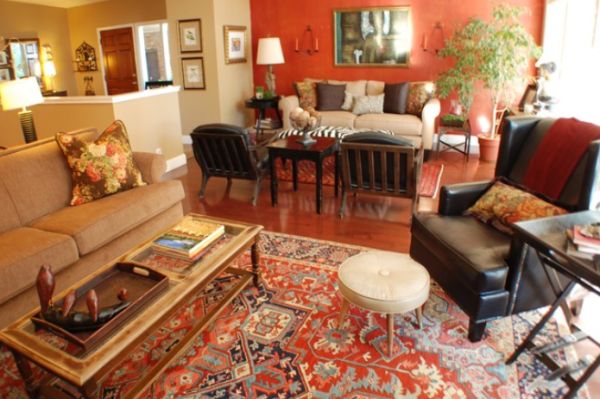 Persian rugs are known for their detailed symmetrical patterns and multi-colored nature. Despite the busy-ness of the patterns themselves, these rugs often read as neutral and can provide just the right amount of visual interest to make a space really sing. They aren’t confined to living rooms, either – Persian rugs are as versatile in use as they are in design.

This Persian rug, coupled with strategic chair placement, defines and connects both living spaces here. The rug, an integral component of the closest seating area, ties beautifully into the far seating space by coordinating with the orange accent wall. Perfectly at home in this eclectic living space, this Persian rug adds a warm pattern that seems to fill the room.

In a hallway where a typical runner rug wouldn’t work, this Persian rug pair adds both warmth and character. I particularly like their slight variation in size and color, although they are similar. I think this variation makes the grand entrance seem less intimidating and more inviting. Persian rugs are a mature way to bring in color and pattern to a neutral-heavy space without shouting, “Look at me!” We still notice and appreciate many of the space’s beautiful details.
Nature itself being so textural, the pattern of the Persian rug here mimics texture without being obvious or cliché. The rug reads almost as a neutral and, most importantly, doesn’t compete with the beautiful view from the windows. Instead, it subtly brings cohesion to and somehow makes sense of the eclectic mix of furniture styles and pieces themselves.
The kitchen is the heart of a home, and this one appears to be no exception. With so many fantastic details in this space for the eye to absorb (from the brick ceiling ending in a skylight, to the elegant pendant light fixtures, to the cabinet detailing, to the unexpected artwork in the kitchen), Persian rugs can either “disappear” to let the others take center stage or pull their weight in offering visual eye candy. They’re like magic!
I’m continually amazed at how a Persian rug can look at home in virtually any space and in any color scheme. Of course, this palette is heavy on the whites and creams with bold strokes of dark brown throughout. But the Persian rug defines the space physically while aesthetically becoming “best friends” with each piece of furniture individually (even the floral couch) and the room as a whole. The rug is sophisticated and welcoming, thanks to the heavy dose of reds.