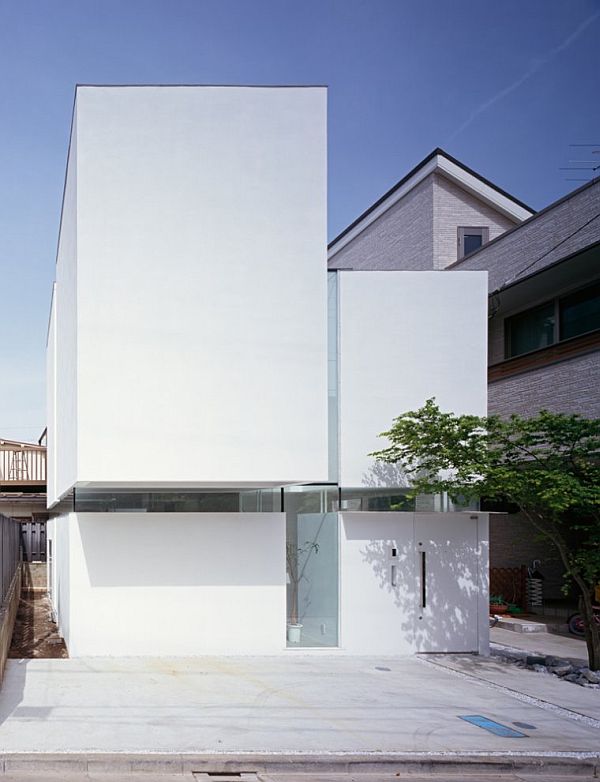 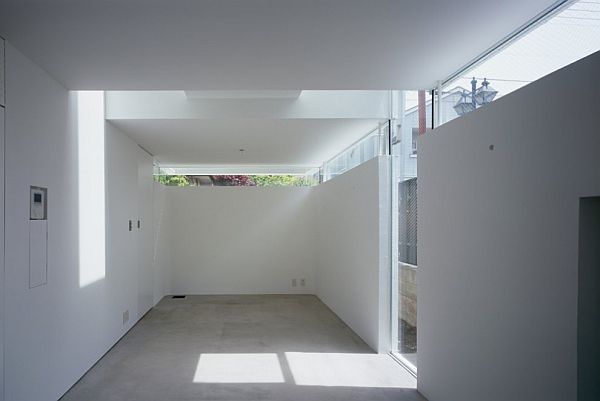 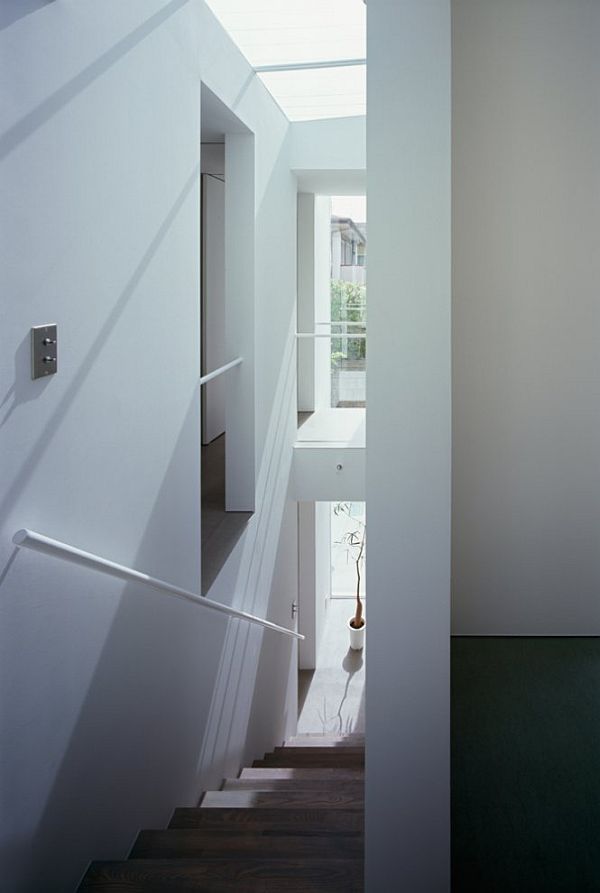 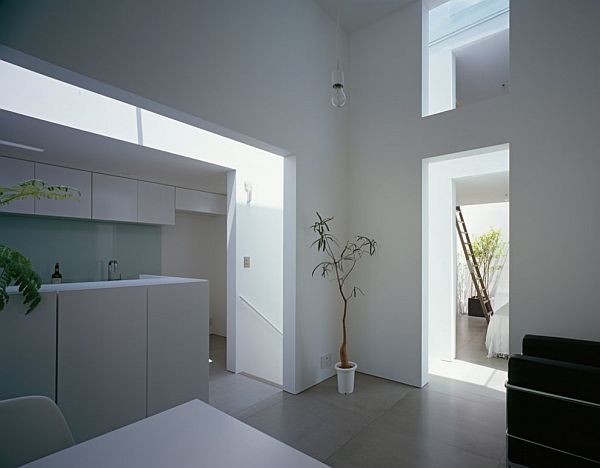 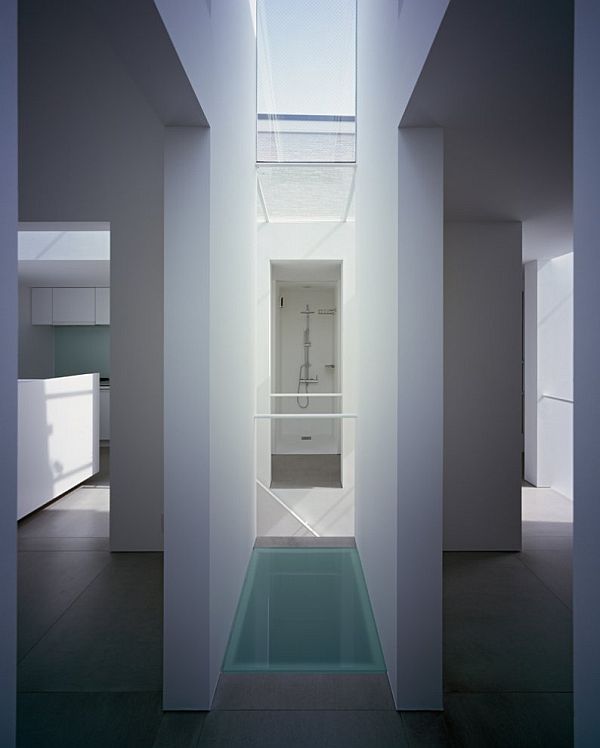 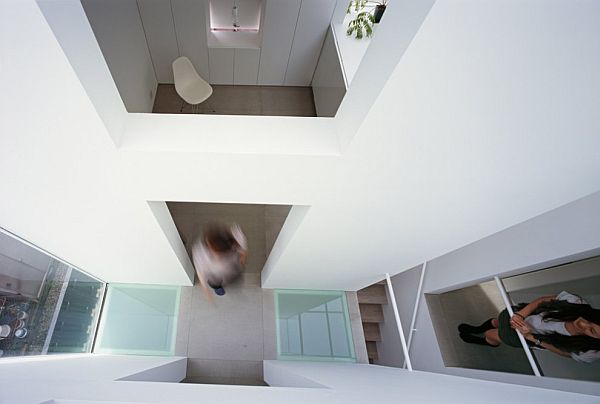 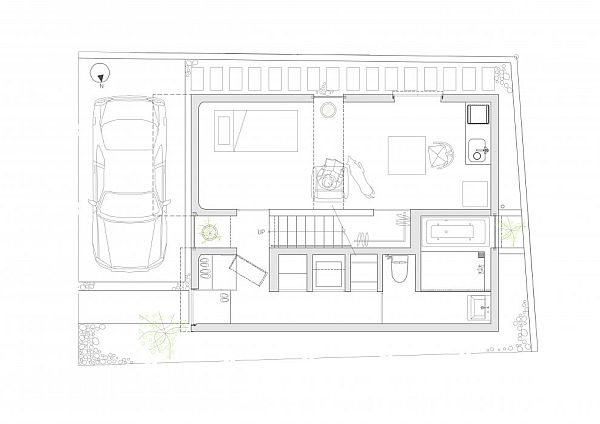 Located in Tokyo, Japan this modern and odd-looking house was a project developed by Tetsushi Tominaga Architect & Associates. The requirements were both clear and vague. They had to design and build a house where the limits between rooms and different areas were not very visible. In other words, they had to create a continuous space that would be both modern and poetical.

The exterior design of the house is very eye-catching, especially during the night. The house is very simple and consists of several geometrical shapes put on top of each other or combined in a 3D image. There’s a transparent space that is visible from the outside and that cuts the house in two, with a vertical line representing the staircase. There’s another transparent insert, this time horizontally.

Overall, it’s a very audacious design, a modern adaptation of the common family home. You might think that those transparent glass insertions are not a very good idea. Well, they are very safe and they are not a problem in terms of privacy. The users can use the drapes in case they want more privacy or intimacy. You can always cover something you already have, but you can’t carve additional spaces in a house that’s already been designed in a certain way. The interior still needs some time to be ready but it will probably be simple, modern and chic.{found on designboom}