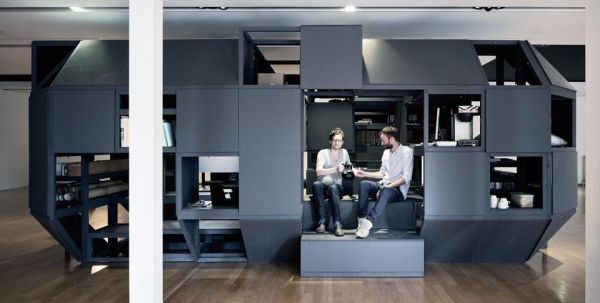 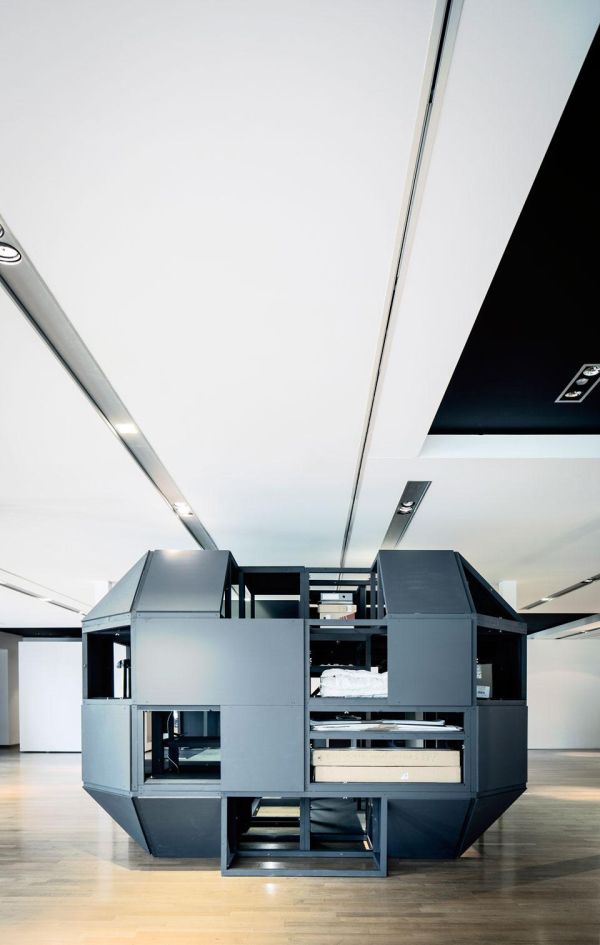 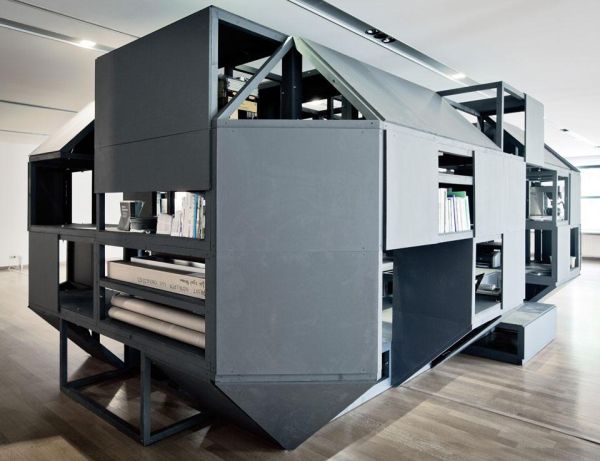 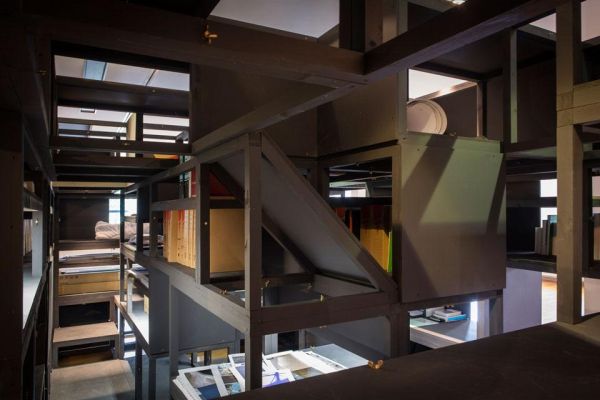 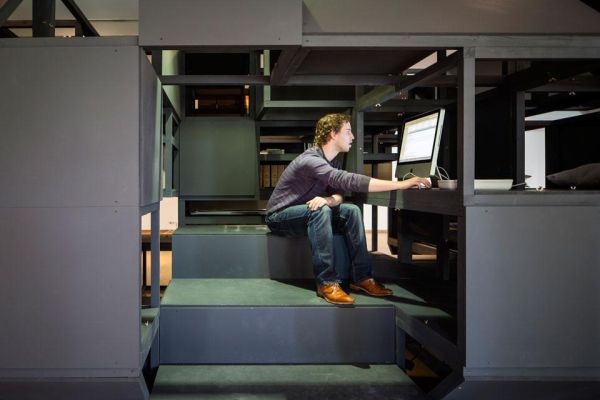 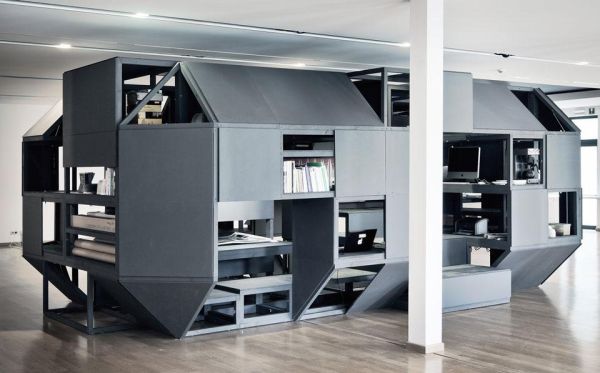 Verbandkammer is an ingenious structure designed by architects Nilsson Pflugfelder. It’s hard to describe it because it doesn’t have a well-defined function. It’s an installation resembling a huge container and it has a modular design that allows to be reconfigured. This allows it to be used as a workspace but also as a meeting area, studio or miniature residence.

Verbandkammer was built using a combination of 40 component types. It’s divided into several spaces and inside it features functional storage spaces such as open shelves. During the time presented at the exhibition, these shelves were filed with files and drawings with information related to projects and exhibitions previously hosted by the arts institution. Inside there are also computers and a coffee machine, everyone one needs to get ready for work.

After the exhibition, the container will be moved and taken apart. Its components will be adapted and serve different purposes so it won’t completely disappear. It’s rather a way of being reborn. Verbandkammer is not just an ingenious way of using space but also a form of encapsulating information.

It allows us to have a glimpse at the future and maybe imagine how everything will evolve but it also gives us an opportunity to reminisce about the past. It’s a sort of transition from past to present and future. That’s also because it’s not a completely new design but a way of reusing existing information and allowing it to shine.