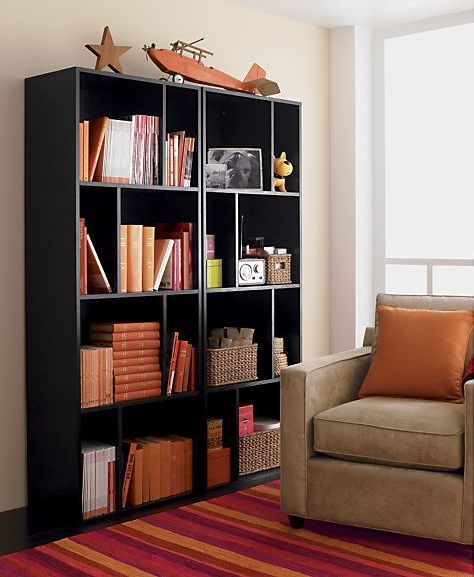 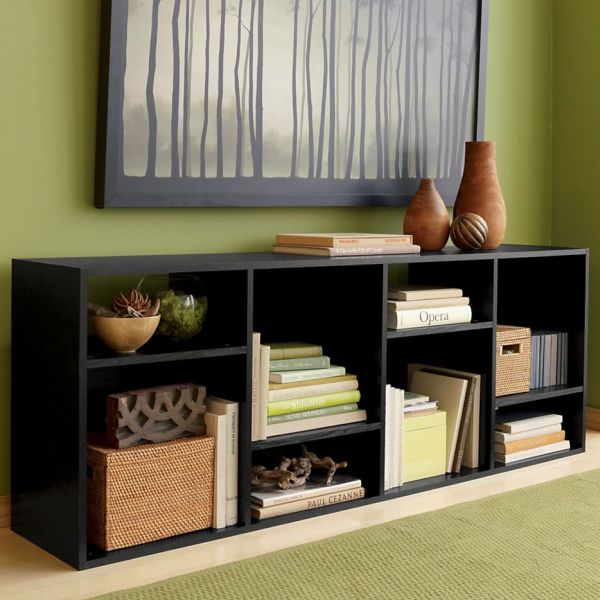 Minimalist and versatile, the Shift bookcase is one of those pieces of furniture that would look beautiful in any kind of interior, regardless of the décor. It has a unique charm and a sophisticated look that allow it to complement any living room. Its name refers to the fact that, because of its design, it shifts from an upright bookcase to a horizontal console while still preserving its function and elegance.

The bookcase has a design that’s been organized in four zone, each further divided into two compartments each. It’s each composed of a small and a large storage space. The small spaces alternate and two of them are place above and two below the larger compartments. Also, all four small compartments have an open structure, with no back panels. Given the overall shape of the bookcase, it could also be sued as a media console or even as a room divider.

The Shift bookcase can either be used as a single unit or in sets of two or more. They can be aligned vertically or stacked one on top of the other in order to obtain a larger storage unit. The bookcase is made of engineered wood and black melamine. It offers eight storage compartments, four large squares and four smaller rectangles. Its overall dimensions are 27.25″Wx15″Dx73.75″H and it can be purchased at the price of EUR 171.52. It’s only available with a black finish.