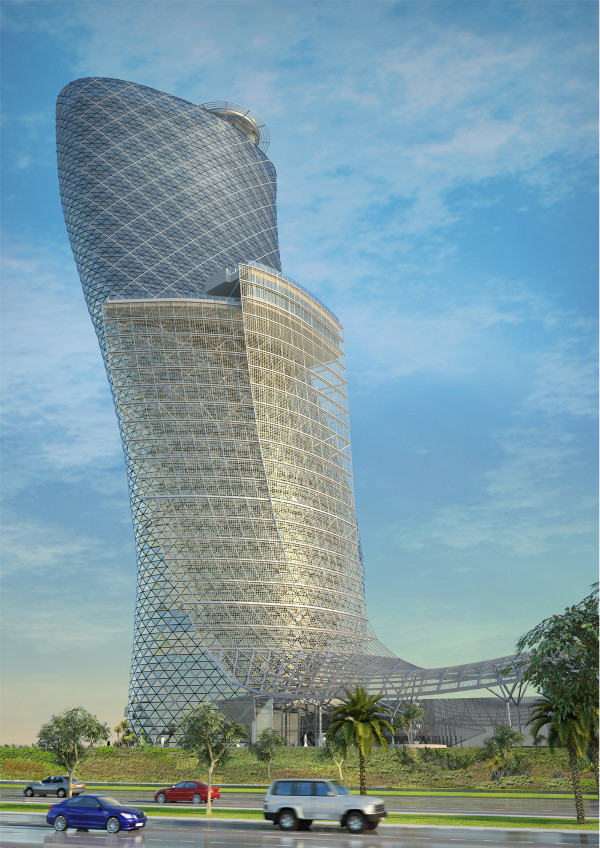 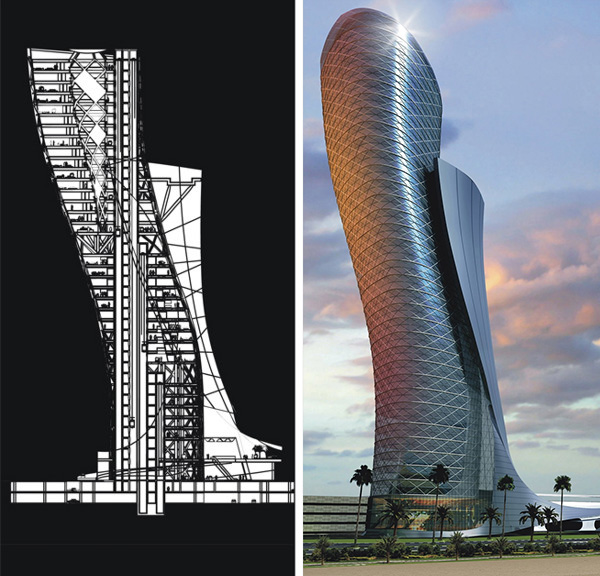 Everybody knows about the Leaning Tower of Pisa. It’s a really interesting structure. It’s also very old. So some architects felt like it was time for a new version of this majestic art piece. So they created a modern version of this one called Capital Gate Tower. It’s not a name as modest as the original one but still, it could work.

The Capital Gate Tower is located in Abu-Dhabi, one of the world’s major architectural centers. The angle at which this building is simply incredible. Actually, you might find this tower in the Guiness World Book of Records as the most inclines in the world, as least until someone else wants to beat this record. It might be a while until that happens so you’ll have plenty of time to admire it. In June 2010, the Guinness Book of World Records certified Capital Gate as the “World’s furthest leaning man-made towerThe Capital Gate Tower is a 35 storey building that manages to lean four times farther than Italy’s Leaning Tower which is quite amazing. This incredible project should be completed in 2011 and when it’s going to be ready it’s also going to house the 5 Star ‘Hyatt Capital Gate’, as well as approximately 15,000sqm of the most exclusive office space in Abu Dhabi.

Capital Gate was designed by international architectural firm RMJM. In terms of architecture and design, this amazing tower has an extraordinary exoskeleton or “diagrid” to absorb and channel the forces created by wind and seismic pressure as well as the gradient of Capital Gate.{found on wan}