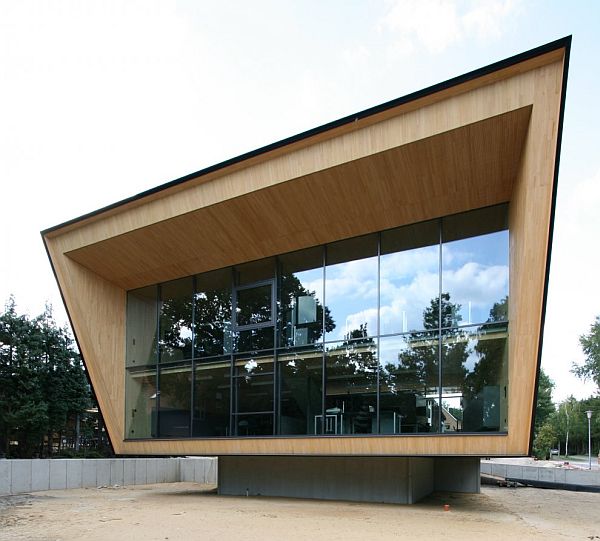 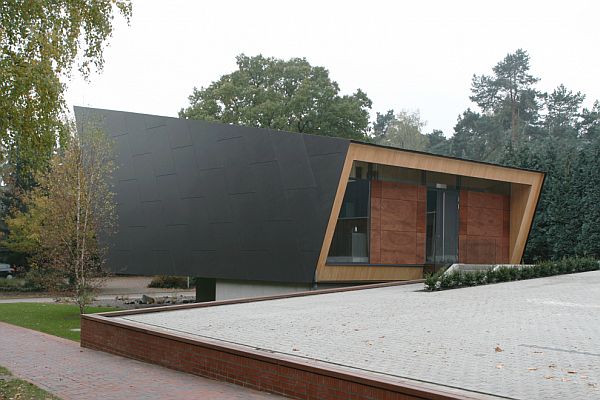 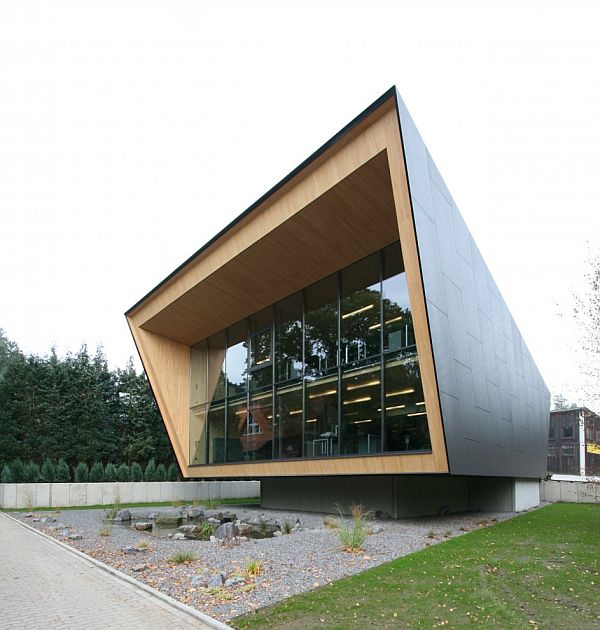 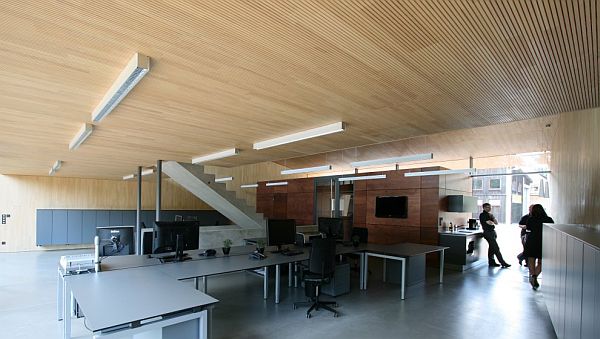 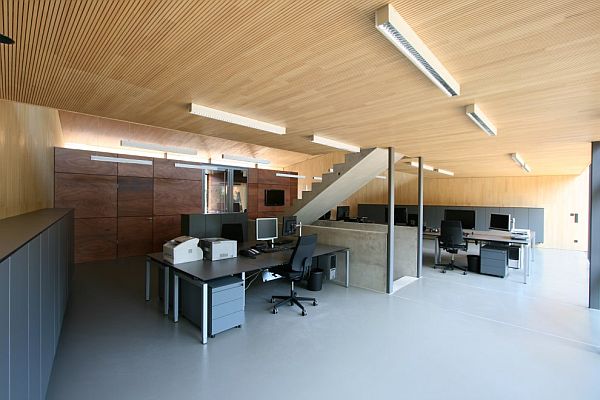 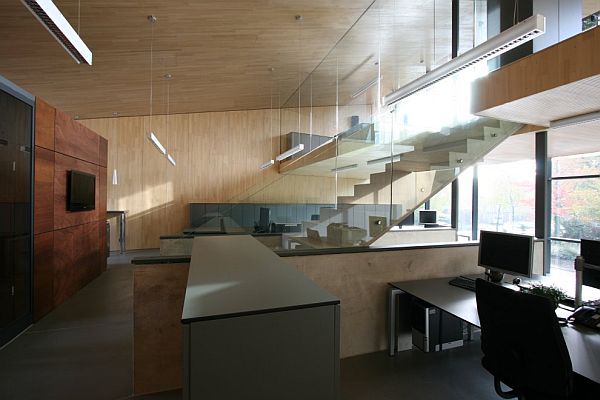 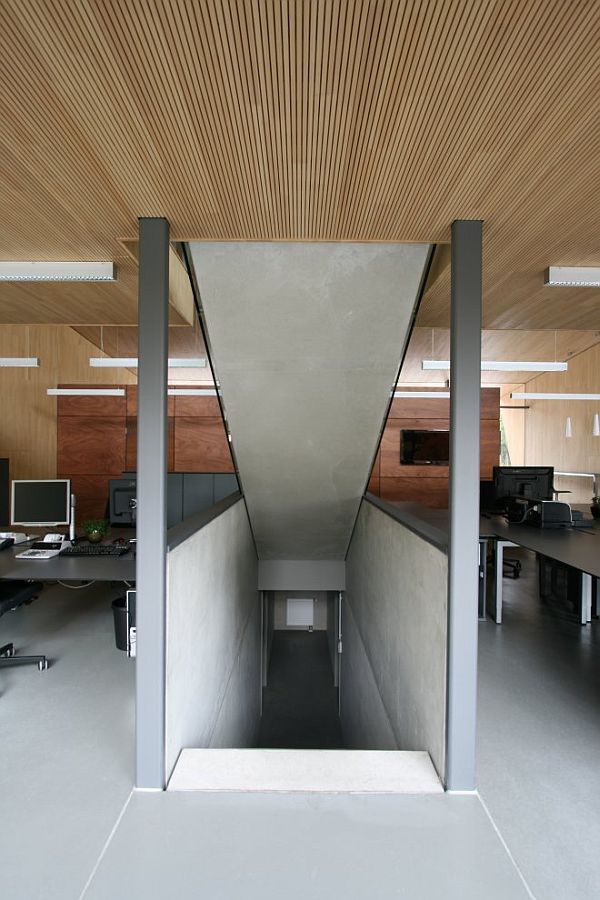 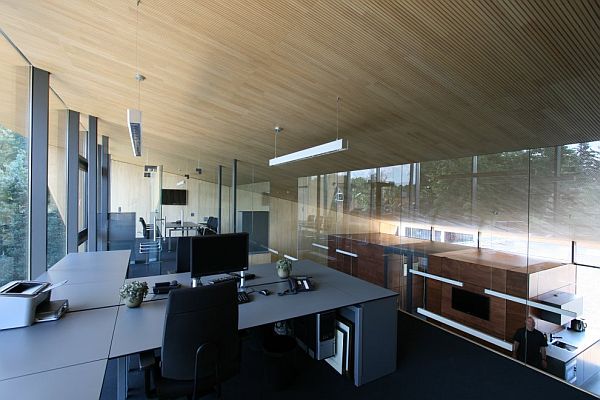 Located in Lohneg, Germany, the Krogmann headquarters was a project by Despang Architekten. Krogmann is a traditional North German Timber Company. It was originally founded in the 1960s by Hubert Krogmann. The company was then passed on to his son and his daughter-in-law in 2007. The company has had many award-winning contributions to buildings but they always seemed to be one step behind their competitors.

In an effort to change that, the owners decided, in 2007, to re-build the company’s headquarters. The new structure was also supposed to include a new office space for the owner and for his staff. Despang Architekten were asked to take over the project. After analyzing the location and the conditions imposed by the site, the architects, together with the client, came up with a final design. The new building has a trapezoid shape and a low, northern entrance.

There’s a gallery located to the south and the overall image presents an open interior. The main materials used in the construction include timber, solid wood, glass and cement. The company got a new leader and a new headquarters to celebrate that. Konrad, the founder’s son and current owner of the company, shows a lot of confidence and when time will come to pass it on to his son the image will hopefully be the same.{found on architezer}