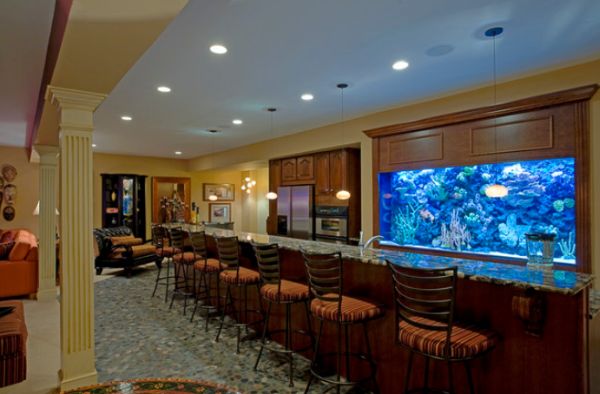 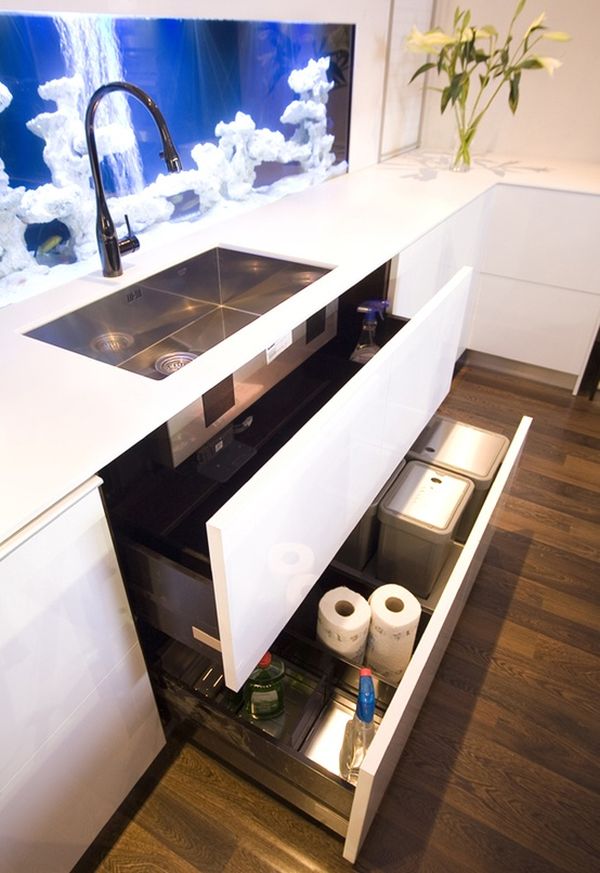 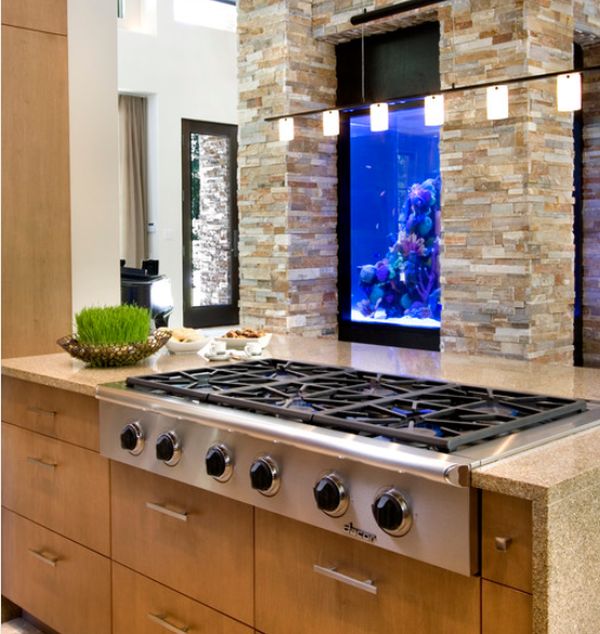 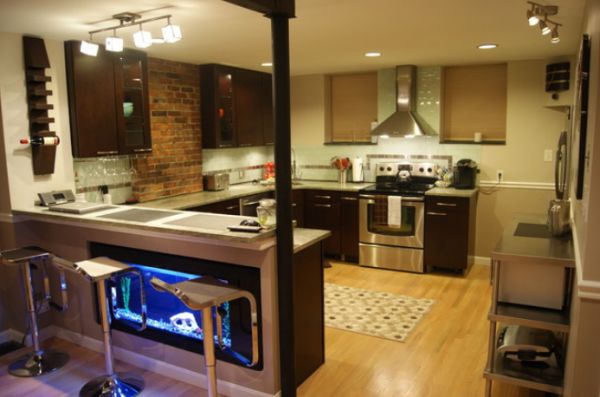 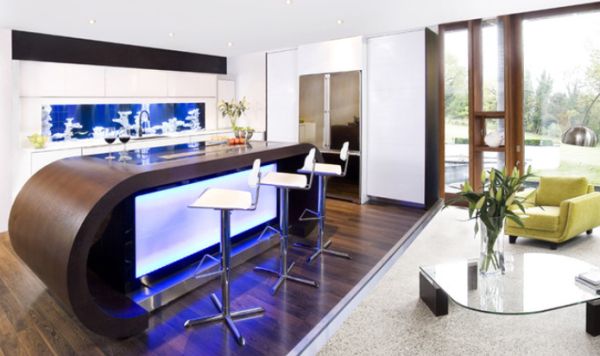 Aquariums are wonderful décor elements. They are very contrasting and always intriguing and surprising. On one hand, aquariums are dynamic because of everything that’s going on inside them. On the other hand, however, they are very peaceful and calming. They always calm you down when you look at them and this makes them very amazing.

Aquariums are commonly placed in living rooms but, occasionally, they can also become an interesting and beautiful part of any other room’s décor. You might be surprised to know that some showers have built-in aquariums or that there are headboards that are actually aquariums. These spectacular décor pieces can also be included in the kitchen.

There are lots of ways in which you can do that. For example, a simple solution would be to have an aquarium built into the kitchen wall. You could also have it integrated into your wall unit’s structure. Another interesting idea would be to have a kitchen island with a large aquarium as its base. if you have a bar, then an aquarium would make a spectacular background and display element.