By Simona Ganea | Published on Mar 14, 2012
of 1
Jag-bookself
The Jaguar bookshelf
Buy Now 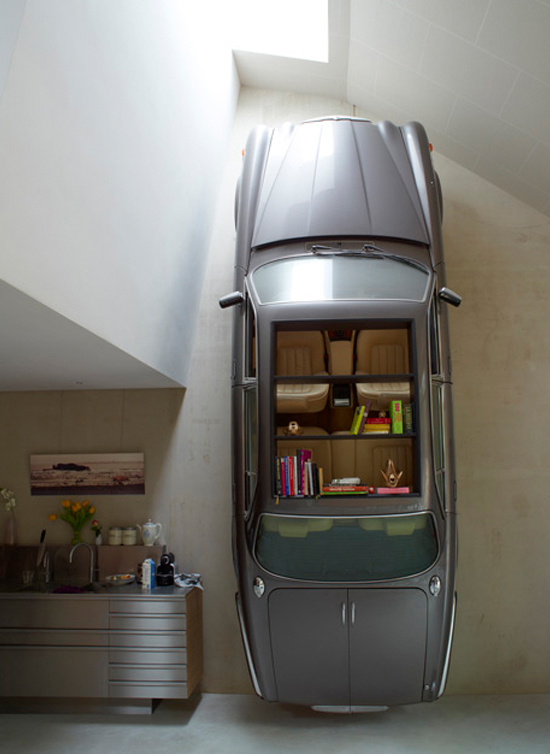 The Jaguar is no longer just an impressive car but also a beautiful bookshelf. This is the Jag bookshelf, an new interpretation of the standard wall unit we usually include in our homes. This time it’s more than just a piece of furniture. It’s a car parked against the wall. The Jag bookshelf was designed by the Dutch design studio for a project called Dutch Mountain. It’s an eco-friendly house designed to look like a mini-mountain.

The resemblance however is not very clear. The house is, of course, a modern creation with a contemporary design. The comparison with the mountain becomes more like a metaphor. The Jag bookshelf is obviously the star and the main attraction of the house. There are also other similar projects in which designers have remodeled cars in order to transform them into something. One example would be the 1965 Mustang pool table.

The Jaguar had to go through a series of transformations in order to be able to become a decoration for this house. Several modifications had to be made in order to make it light enough as well as functional. The engine had to be removed to cut down on the weight. A large rectangle also had to be cut out in the roof in order to make room for the shelving. This is a piece of furniture with personality. It’s definitely a unique creation.{found on Dvice}.