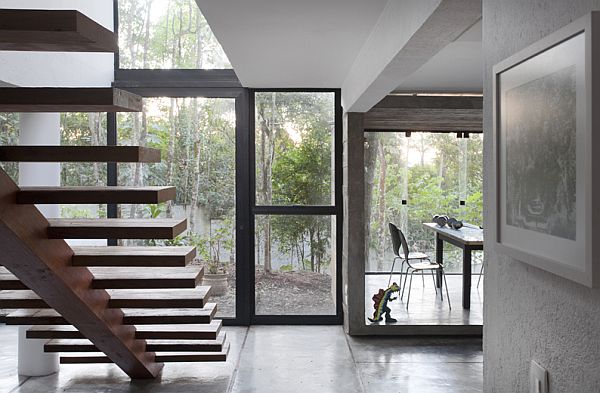 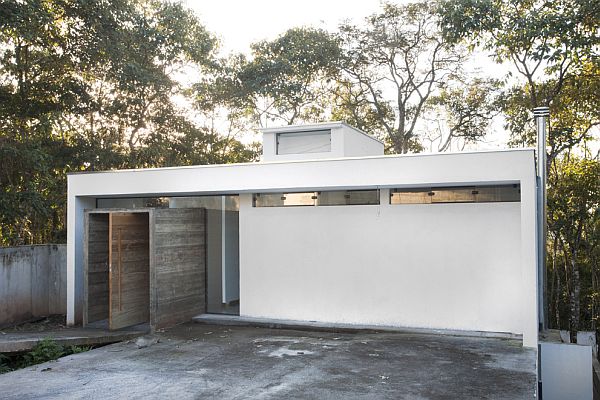 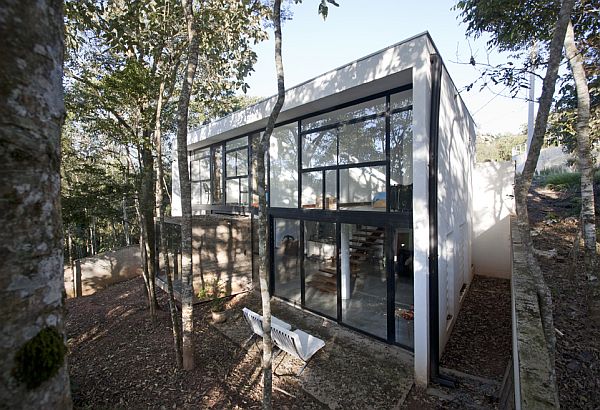 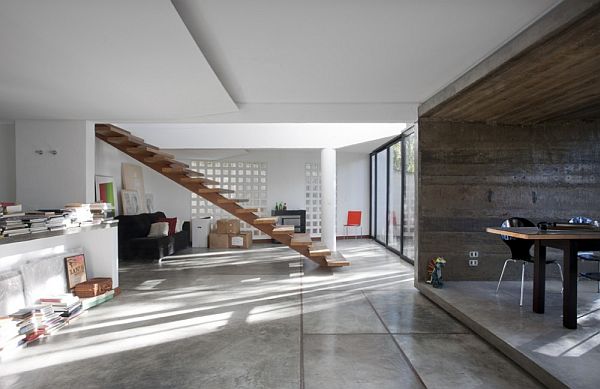 This hidden family home is located in a gated community in the city of Mogi das Cruzes, São Paulo, Brazil. It was created for an architect, his wife and their kid. The house is located very close to a wooden area that has been preserved in the process. The construction of the house was done in stages, according to the family growth. There were some limitations and obstacles related to the natural forest but in the end it all worked in favor of the owners.

First, two levels were built. This allowed the house to benefit from the existing trees and to use them practically. Then followed a later stage, meaning an expansion of another block on the lower part of the plot. This space has been dedicated to children. The 180 sqm project is a new creation done in 2011.

The construction was done in steps by Frederico Zanelato | Arquitetos , so the first operation was to create bedrooms and social areas that had access to the woods and benefited from the shade and protection of the natural forest. The main part of the house is made from a combination of wood and glass while the private part is made from masonery and glass, providing more intimacy to the bedroom area. There will also be a future entrance area and the access will be done by a ramp, and also the future dining room at the lower level.

The bedroom area is independent from the rest of the house and it’s linked to the main construction through a wooden walkway. The preservation of the natural forest turned out to be a great advantage because it maintains a pleasant temperature and protects the house from wind and sun.