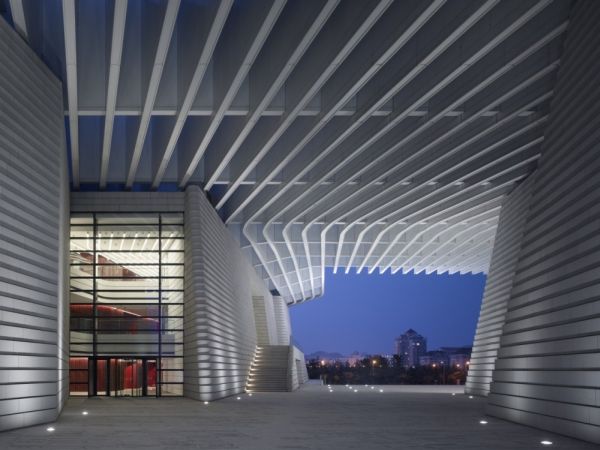 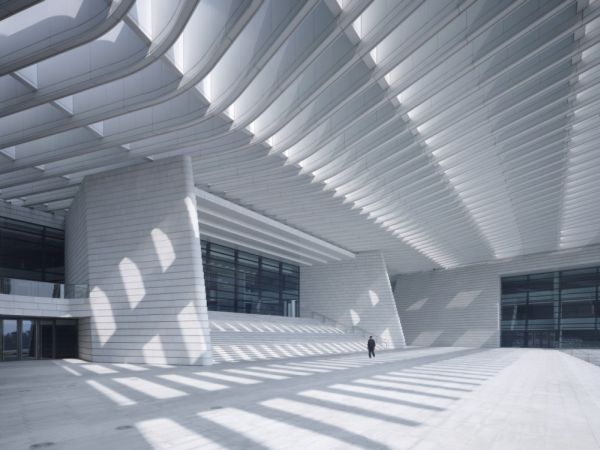 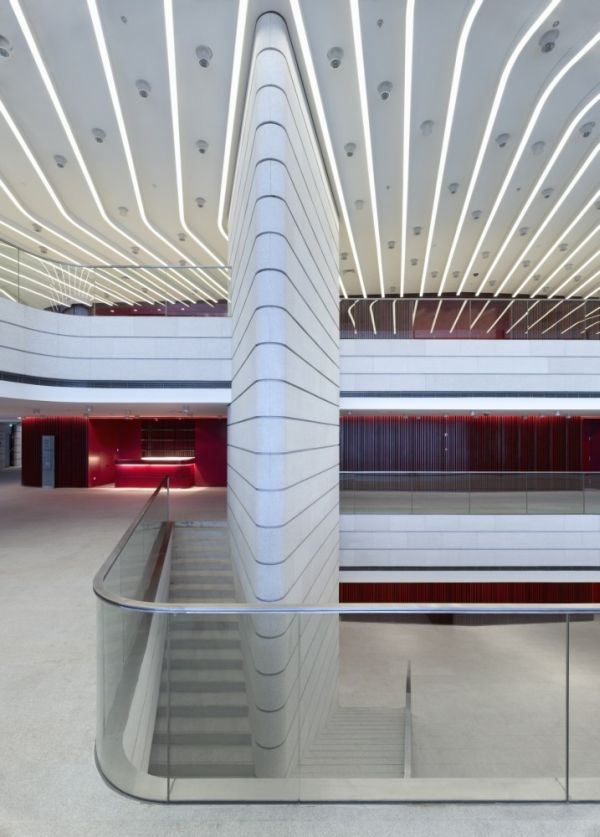 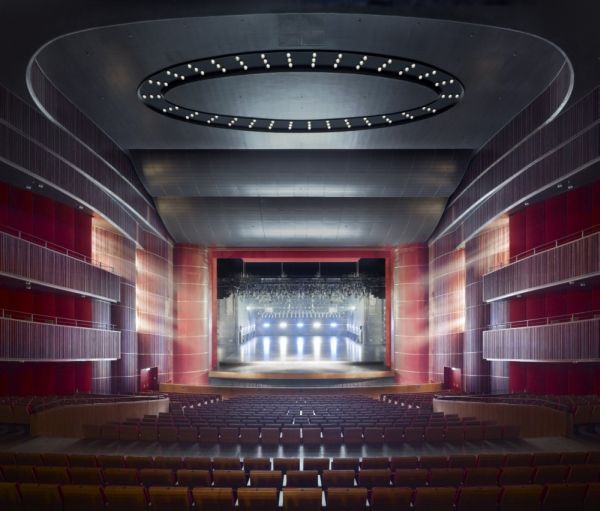 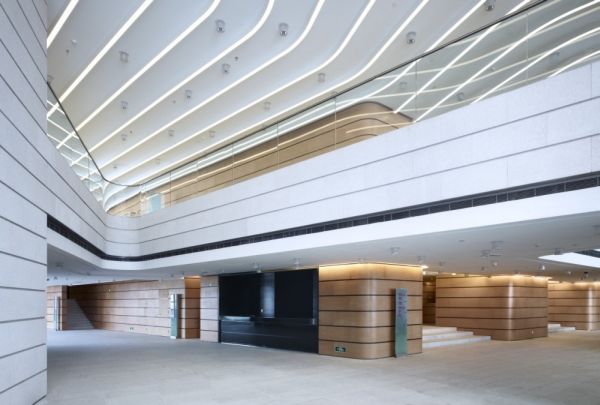 The Grand Theater is located in Qingdao, Shandong, China and it’s a recent addition that occupies a surface of 60,000 square meters. This architectural complex was designed by gmp architekten and completed in 2010. Not only that it impresses with its size and very beautiful design, but it also benefits from a wonderful location with panoramic views of the city as well as the sea.

The design of the building is spectacular and theatrical. It’s also very modern and simplistic. The exterior is entirely white and this makes it seem particularly appealing. Also, it has a design inspired by the surroundings. Even though it’s not particularly tall, the theater rises like a mountain. Moreover, it has a cloud-like roof that completes the image and the symmetry with the landscape. The raised terraces are also reminiscent of a mountain plateau.

The Grand Theater is a complex that includes four buildings. They all share the cloud-like roof and a similar design. They contain the opera house as well as a large multifunctional hall used for concerts and other events. There’s also a media center and a hotel. The opera house features views of the sea and has two levels with two entrances. The stage and backstage areas are also flexible space that can be used for all sorts of different events. Overall, it’s an impressive and inspiring project that brings us closer to art.{found on archdaily and pics by Christian Gahl}.