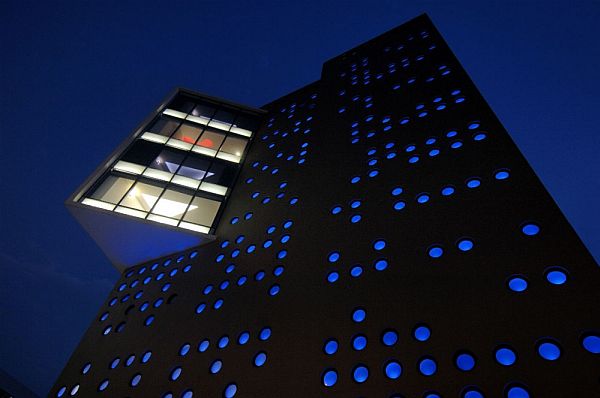 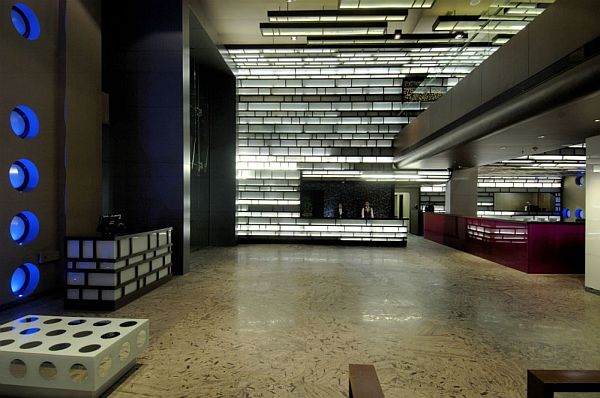 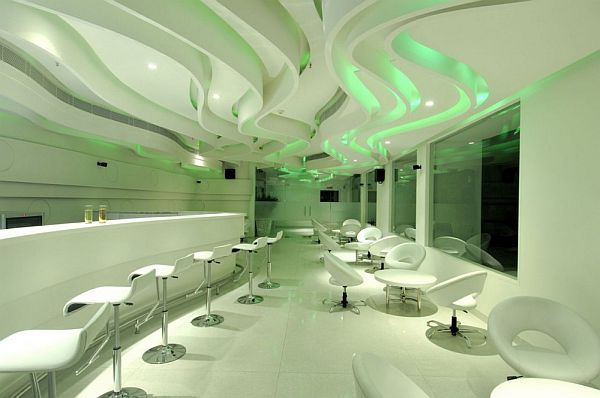 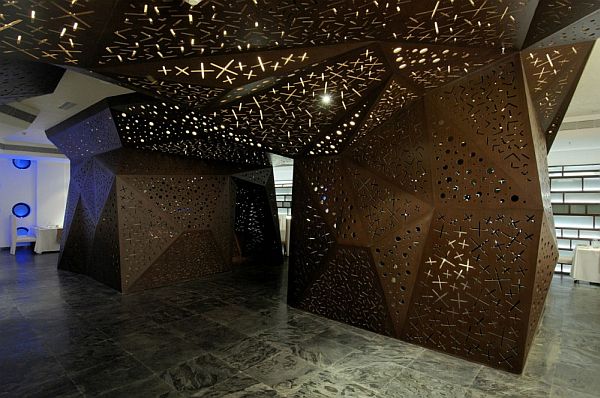 This futuristic looking structure is located in Kolkatta, India. It’s a hotel that was designed by Sanjay Puri Architects. The hotel sits on a small plot with a height limitation of 24 meters, surrounded by commercial buildings on either side and a residential building at the rear.

The hotel is an eight level structure. The first three levels have been designed as public spaces while four levels feature rooms. There’s also a rooftop lounge bar. The division was made like this because there’s nothing interesting to see from the first levels so the rooms have been placed at the upped floors in order to benefit from more spectacular views. The public spaces are bright and mostly made of glass. There are several openings on each floor and these openings are lit by LEDs during the night. This makes the hotel look dynamic and to glow into the darkness like a large punctuated lantern.

The four levels that contain hotel rooms overlook a school playground. As you enter into the hotel, there’s a small 24’ high lobby with a sculptural décor. The lobby then extends into an open coffee shop with low oink glass partitions. The seventh floor includes a wood wrapped corridor that acts as an open bar and leads to a restaurant at the upper level. The hotel features 63 rooms and themed rooms such as a sports room, a music room, a love room and a wellness room.{found on archdaily}