The ecological reserve Pilares can be found inside the Maderas del Carmen national park in Coahuile, Maxico. It’s a place fully dedicated to the conservation of endangered special and also where this unique house can be found. The Cave is a house that occupies an area of 260 square meters and that allows its owner to enjoy nature through beautiful architecture.

Completed in 2015, the project was developed by Greenfield, a firm based in San Pedro Garza Garcia in Mexico which focuses on simplicity, high quality and well-balanced design details. Great importance is offered to energy-efficiency and sustainability. The firm develops projects since 2010 and its holistic approach allowed it to turn this particular one into a work of art.

The house is a space where socialization and contemplation are made wonderful through a strong relationship to the surrounding environment. The building responds directly to the site through a series of very basic and simple volumes.

The Cave was built using locally-sourced materials. The isolation of the site and the nature of the project inspired the team to use resources from the immediate vicinity. As a result around 90% of all materials come from within a 10 km area. Elements such as the corrugated metal sheets and the hardwood were obtained from abandoned rail tracks.

The building is partially buried into the ground and this solidifies its relationship with the landscape and the surroundings. In addition, by using local materials and borrowing colors and textures from the landscape, the house is able to perfectly blend in.

The interior space contains a large dining room, an inviting living space, a breakfast area, a small kitchen as well as a bathroom and a wine cellar. A small extension also forms a partially-covered area for barbecues and outdoor entertainment.

Oriented toward the North, the house receives plenty of natural light and offers beautiful views of the landscape. Being partially buried into the small hill behind it, the structure is also sheltered from the exterior, views and winds.

Local stone and pine wood were used for the walls, the facade as well as the interior. Concrete also plays a major role in the overall design. This combination of materials was chosen because it mimics the colors and textures of the landscape, allowing the building naturally and seamlessly integrate into the surroundings. In addition, they also allow the interior to feature the look of a gorgeous man cave.

The team’s great attention to details can be observed by analyzing the beautiful interior design. All the decorations such as the antlers displayed on the walls and other similar elements were recovered from deceased specimens subdued by natural causes and thus do not interfere with the eco-friendly approach. 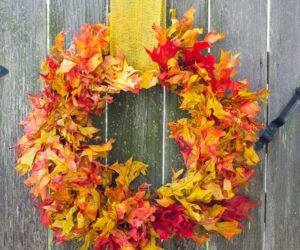 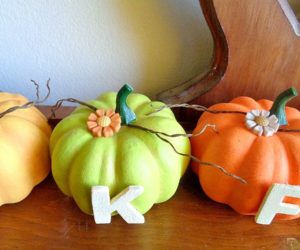 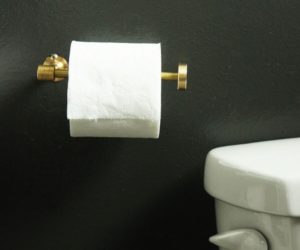