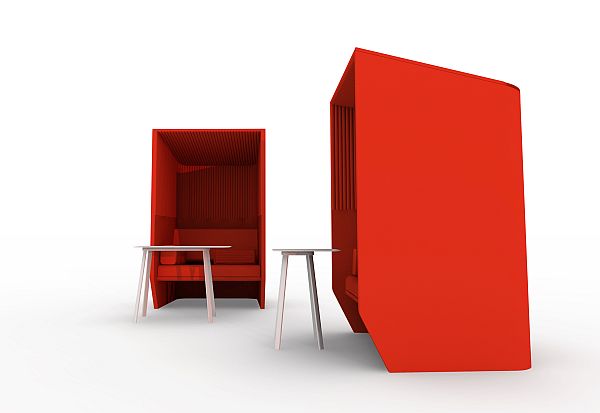 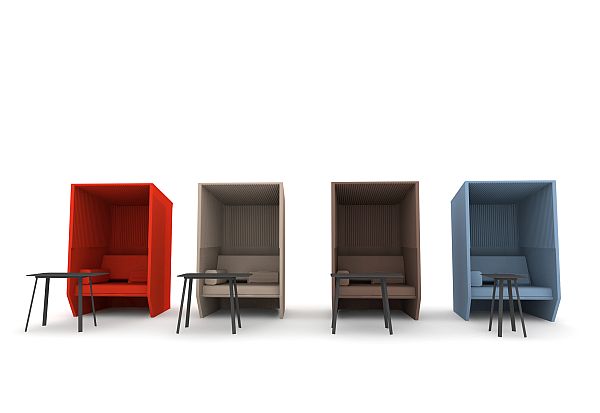 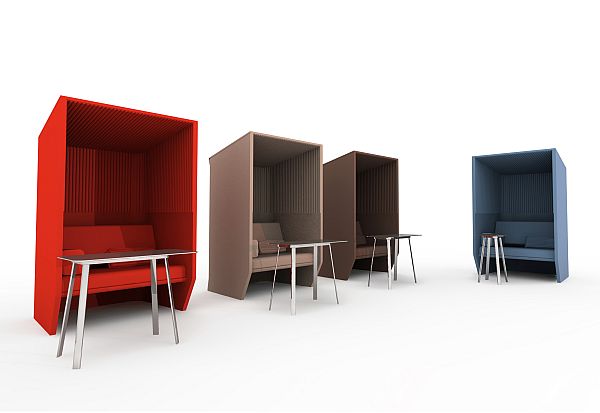 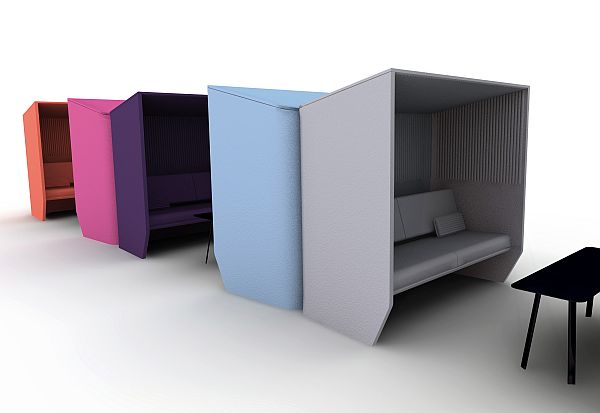 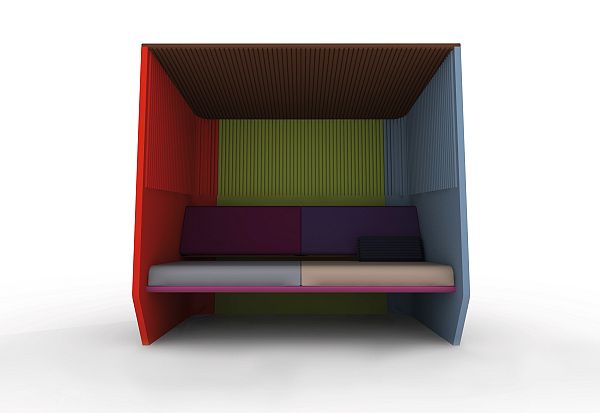 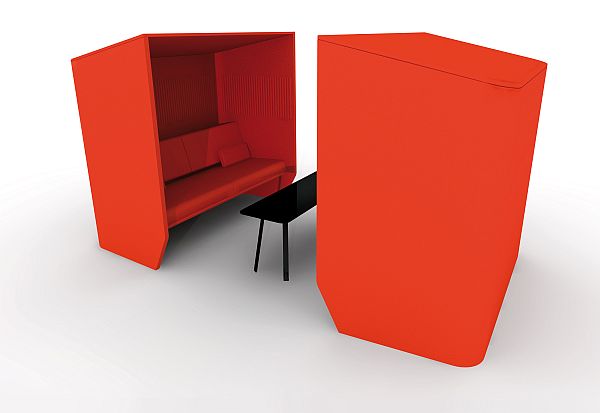 This is BuzziHub, an ingenious and inventive new design. It’s basically a space where people can come together and share information and it was designed to be sued mainly in offices. It encouraged interaction and it also has a friendly design. BuzziHub was designed by Alain Gilles and was presented at the Stockholm Furniture Fair 2012. Its an ingenious creation, simple but creative and versatile.BuzziHub was designed to become a central point in the social life of an office. It can be sued as a meeting room, informal of course. This way the client will feel closer to the person speaking to him and a closer connection will be established. BuzziHub also encouraged interaction.

This way two or more people can work together rather than by themselves and they now have a space where they can do that while also feeling comfortable.

BuzziHub is a sort of semi-private space meant to make people feel like home. It’s a small but inviting and cozy space that facilitates communication. It’s a comfortable environment and it also has a bold design. The overall dimensions of BuzziHub are 1040 mm depth x 1870 mm height x 450 mm height of the seat. It comes in several colors some of them bold and others more formal and neutral. It’s a compact and versatile unit that has the ability to integrate naturally in any office space.