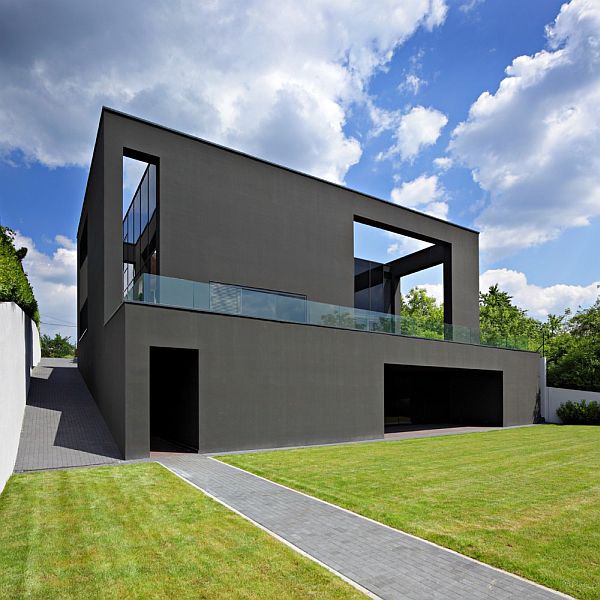 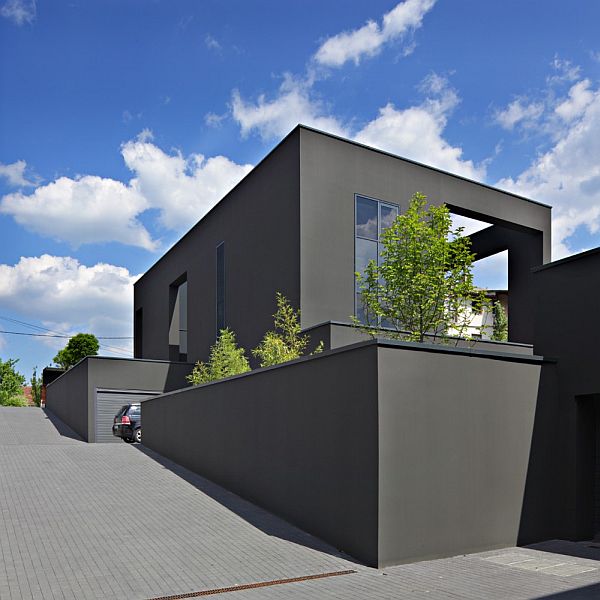 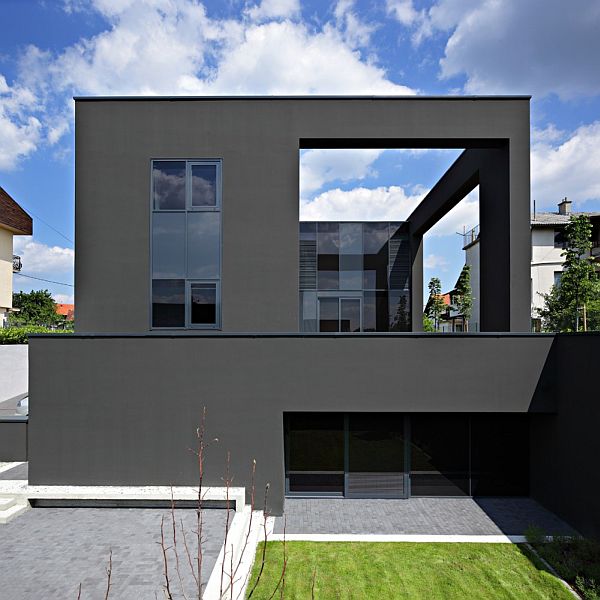 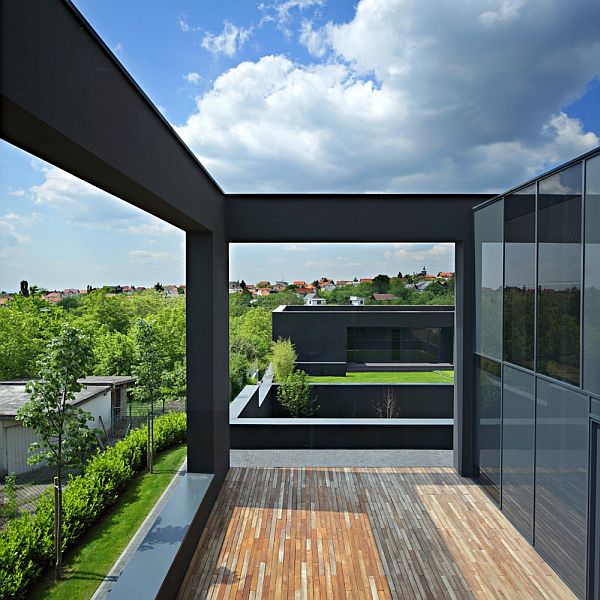 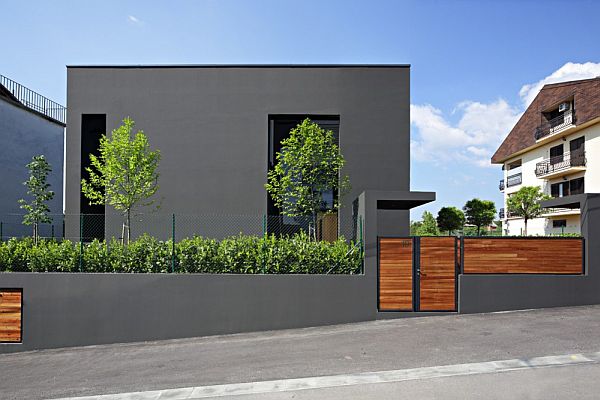 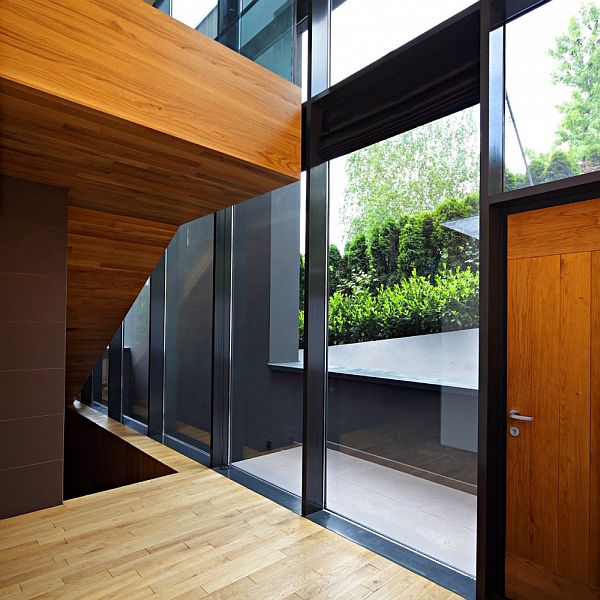 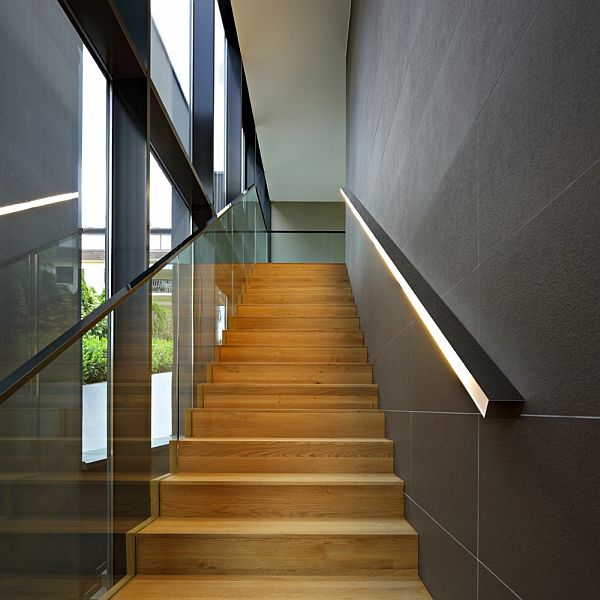 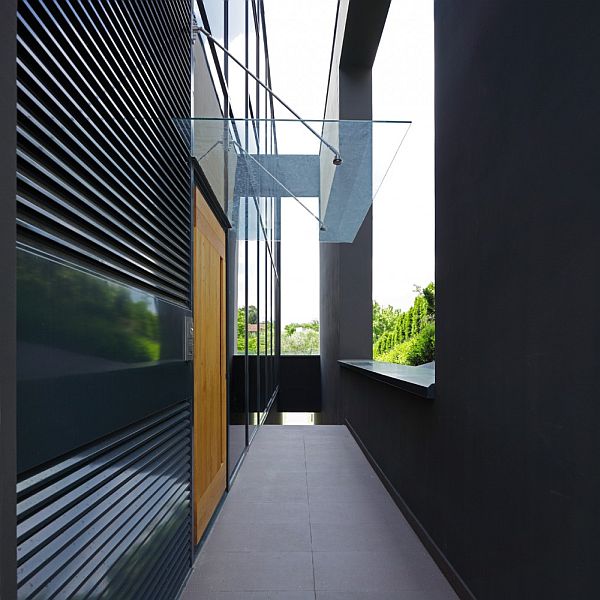 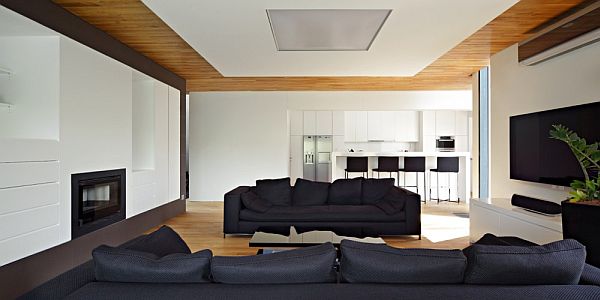 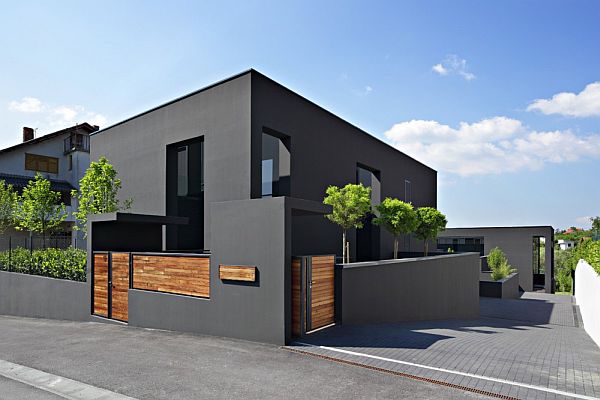 This contemporary, black residence was designed by DVA ARHITEKTA. It’s a black house and it’s located in Zagreb, Croatia. The construction of the house was completed in 2011. The residence covers an area of 590 square meters. The architects were actually asked to design two black houses, one of which for rental purposes. The houses were meant to be two identical units in all aspects.

The two houses are connected by series of walls that surround the site. Each house is composed of two basic elements: the shell and the glass membrane. The shell or frame protects the transparent core, also allowing privacy.

Between the shell and the core, small spaces are formed. Those spaces can be used as functional zones that make the transition from interior to exterior. Several other framed outside spaces are formed in the same way, for example the entrance, the passage to the garden, the deck or the terrace. These spaces are both functional and intriguing. There’s a certain atmosphere in there, somewhere between private and open, between light and shade. Between inner and outer space.

The actual design of the house, or houses, is actually very simple. It’s a contemporary structure, with geometrical shapes and a very simple design. From the exterior all we can see is the black shell. It’s mysterious and quite fun to imagine how the interior would look like. Inside, the black color theme has been continued. Most of the furniture is black and the overall look is minimalist and modern-chic.