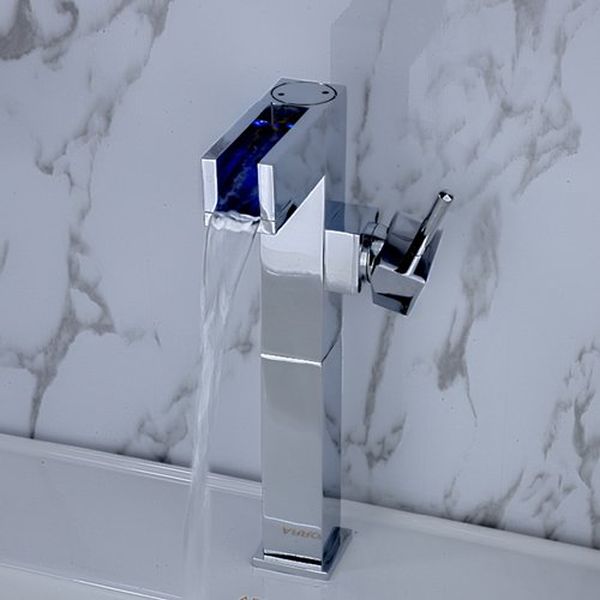 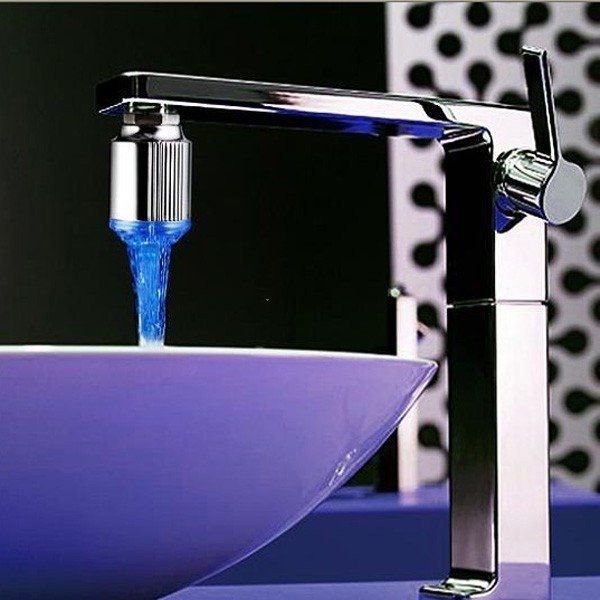 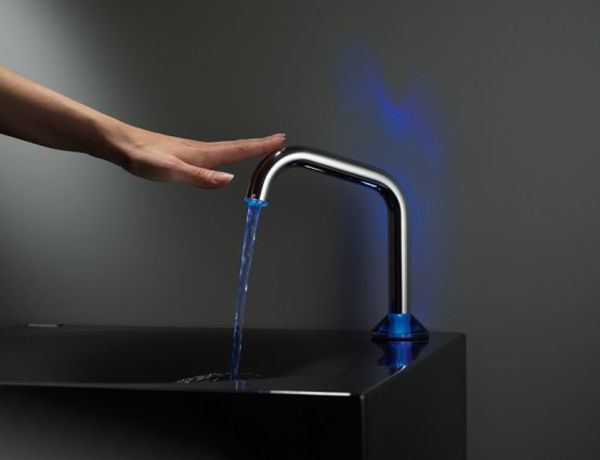 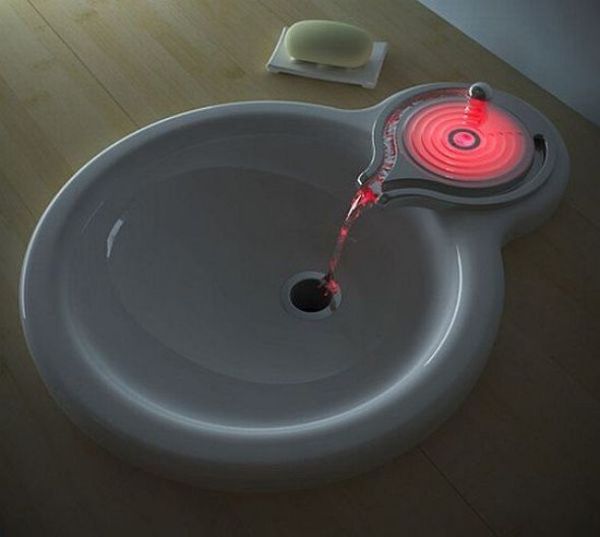 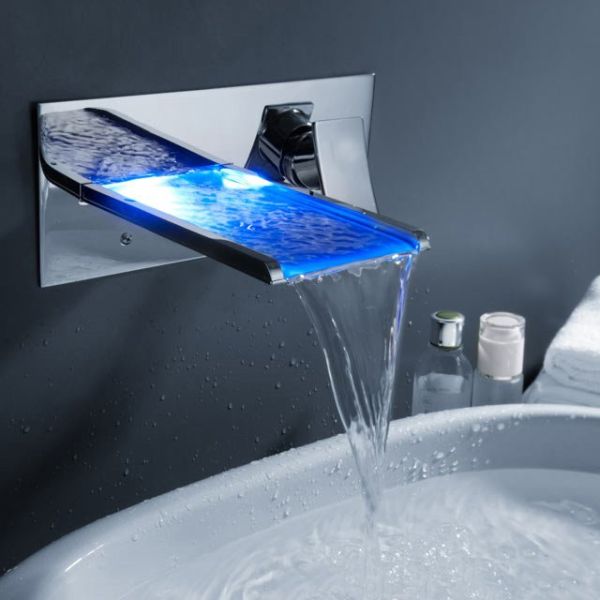 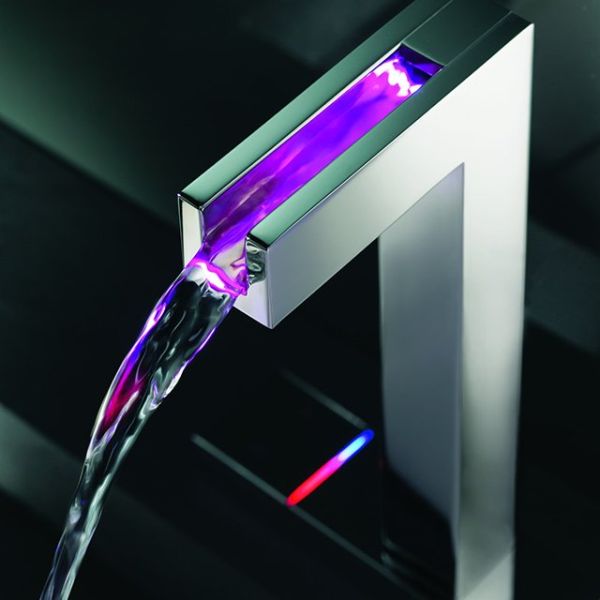 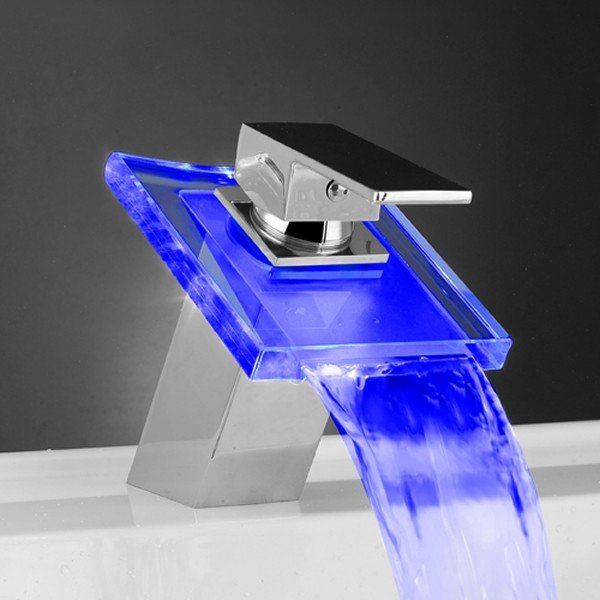 You know those small dots on the faucets that show you which way to move it for cold or hot water? Those are there simply for practical reasons. But now a new generation of faucets has appeared and they no longer need those indicatives because they operate with different technology. These are temperature-sensitive faucets which simply change the color according to the temperature of the water.

This futuristic LED faucet is a great upgrade for any bathroom. It has a solid brass construction and chrome finish on a simple, modern design with geometric shapes. It’s very useful for the children’s bathroom but also for older people that have trouble seeing the little colored dots that indicate the temperature on the traditional faucets.Available for 50$.

This fancy thing is also an LED faucet. Offered by Hansa, it features a minimalist design with clean and simple lines and a canal through which the water flows. The canal changes color according to the temperature of the water and various shades can be displayed.Available for 2,400$.

This is the Sprinkle faucet. Made of copper, it retains its strength and shape at high temperatures and it also has strong antioxidant properties. The multi-coating process allows it to display uniform colors and to feature great corrosion resistance.Available for 175$.

This faucet impresses not only with its modern structure and display but also with its design. It’s called the Ripple Faucet and it was designed by Smoth Newman. It’s easy to see where the name came from. The water creates ripples as it flows and it also determines the color to change according to the temperature.Available on site.

Modern faucets come with all sorts of other great and useful improvements, besides the temperature-sensitive designs. For example, this is the Touch faucet. Obviously, it’s a touch-sensitive faucet and it has an extremely simple design, quite similar to the traditional ones.

This is the Glow faucet, also a modern creation. It’s an LED faucet available in three different options, with red, blue and green shades that color the water accordingly. The light is subtle yet strong and easily distinguishable.Available on site.

The Waterfall bathroom sink faucet operates on the same principle we’ve described so far. It’s a color-changing LED faucet that changes color according to the temperature of the water. It has a sleek and modern design and it would look beautiful in any contemporary home.Available for 100$.