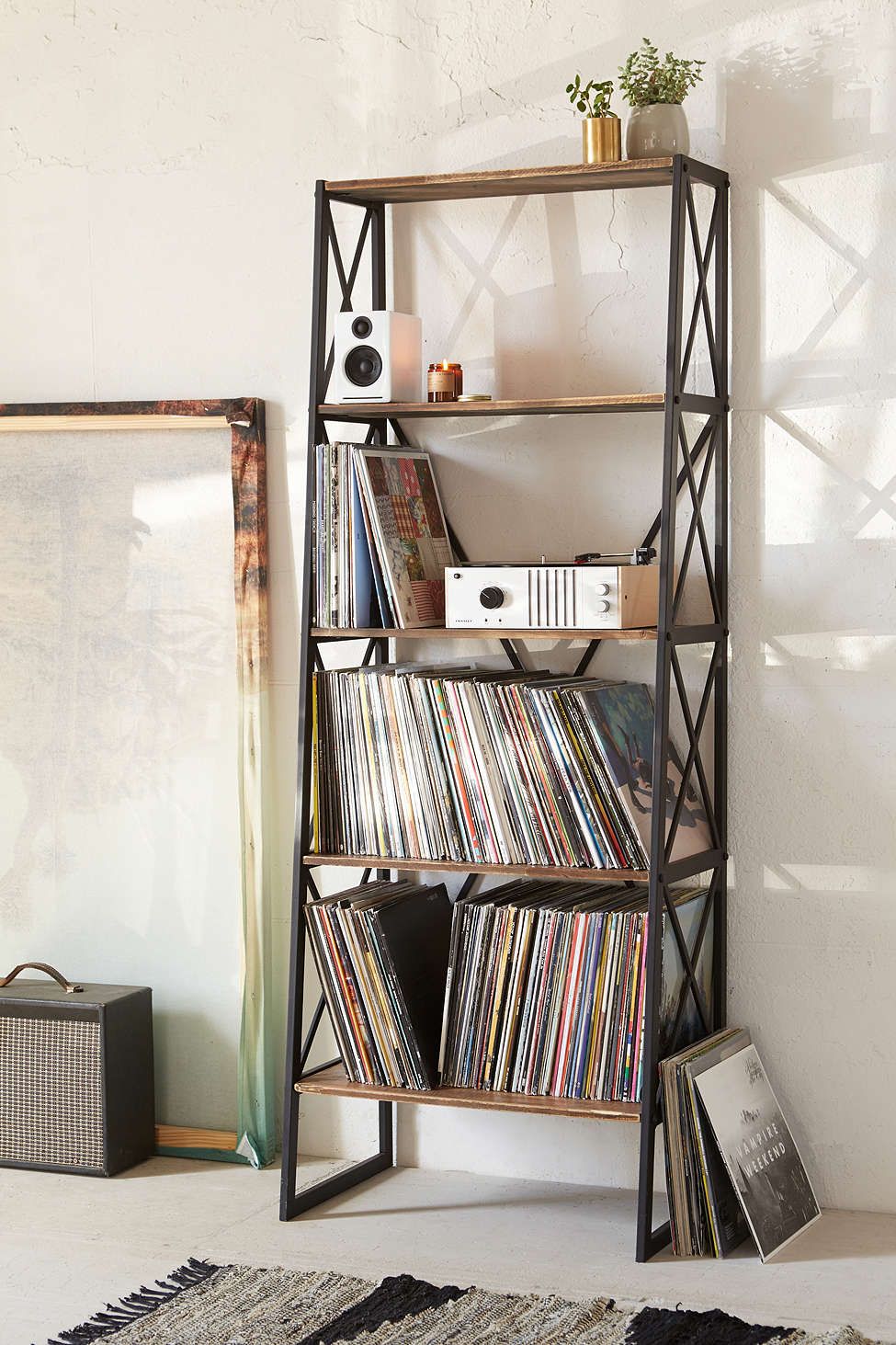 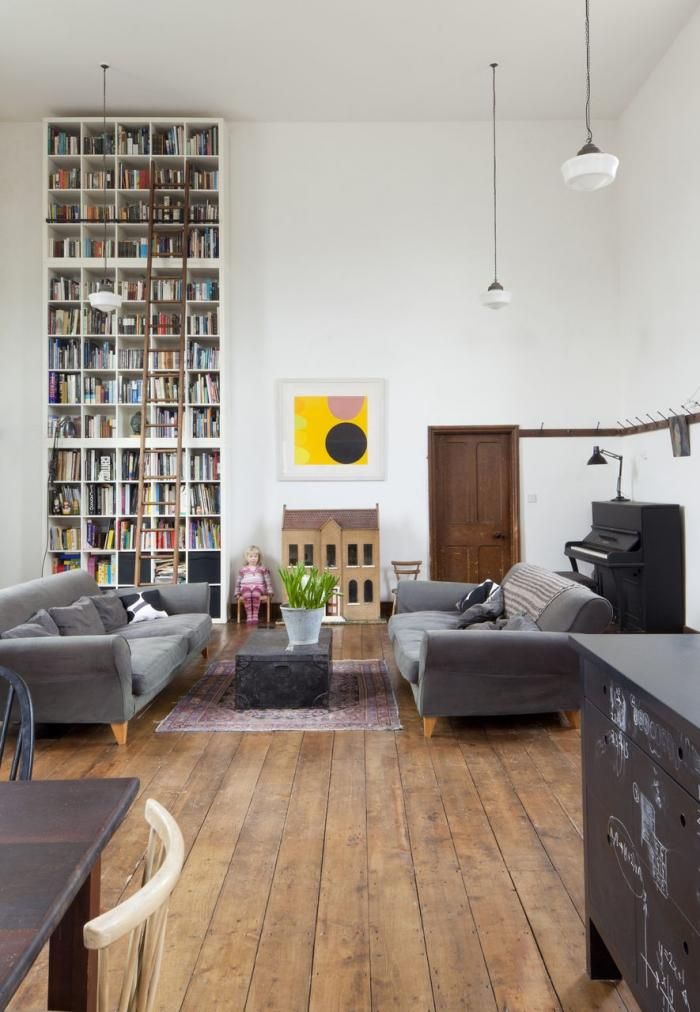 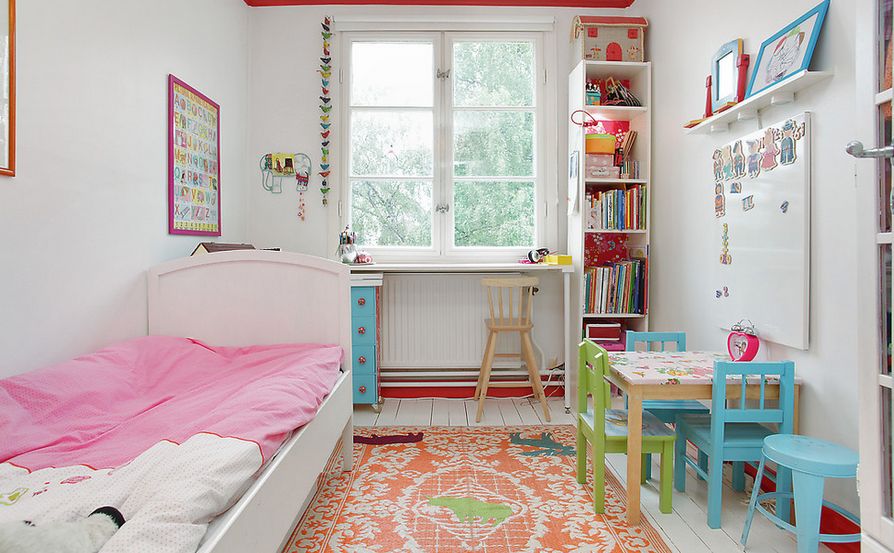 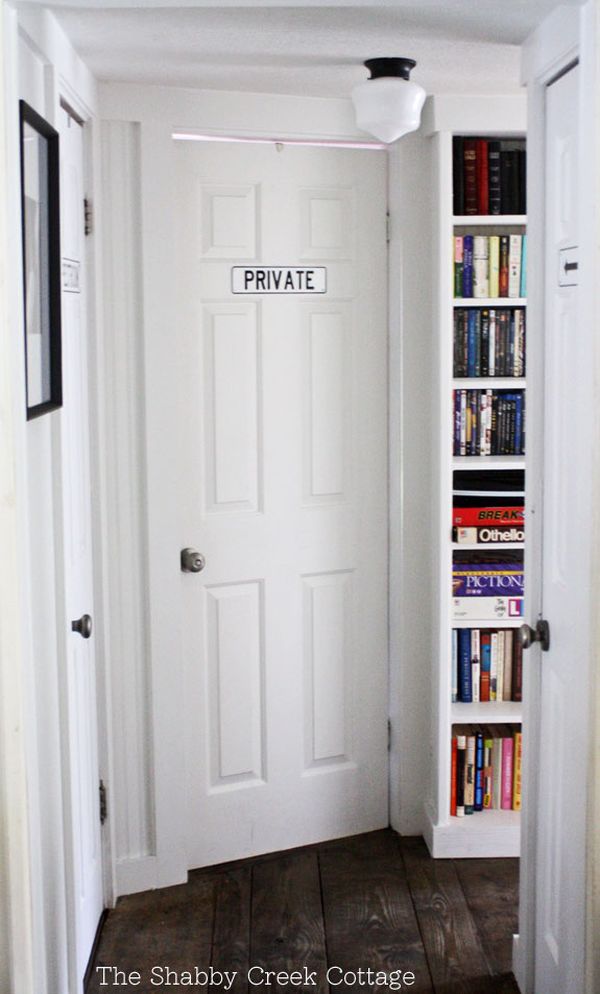 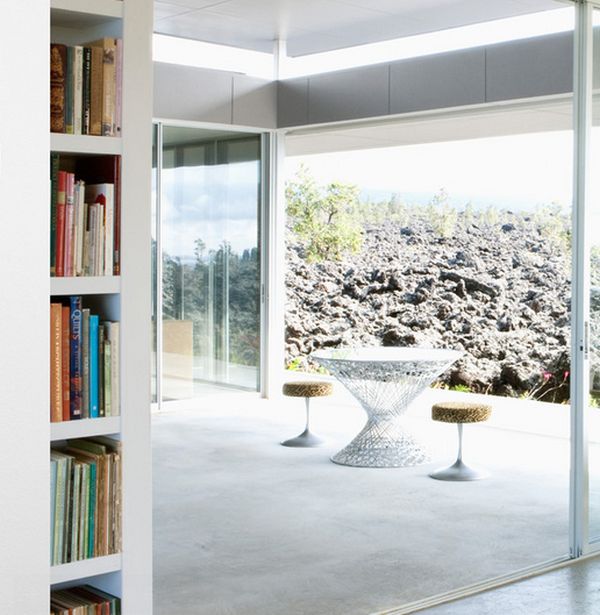 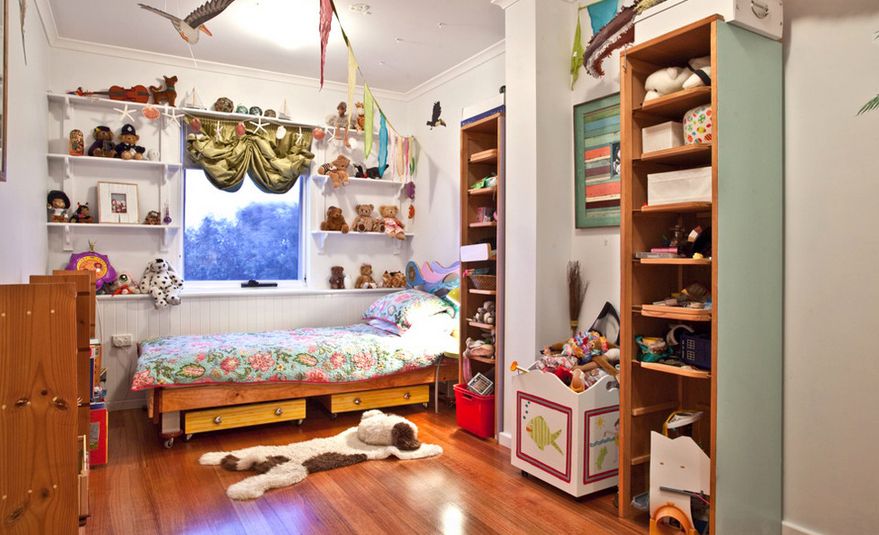 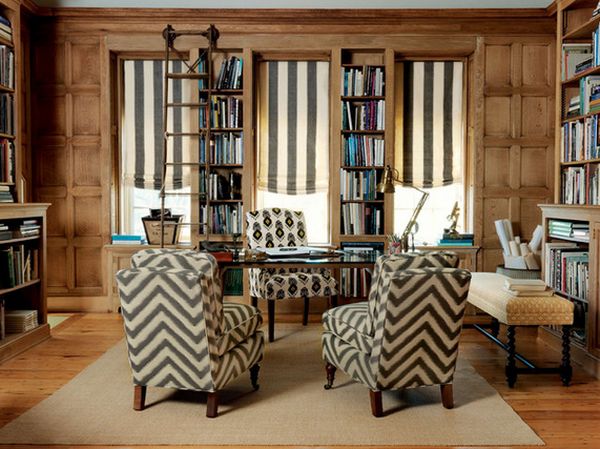 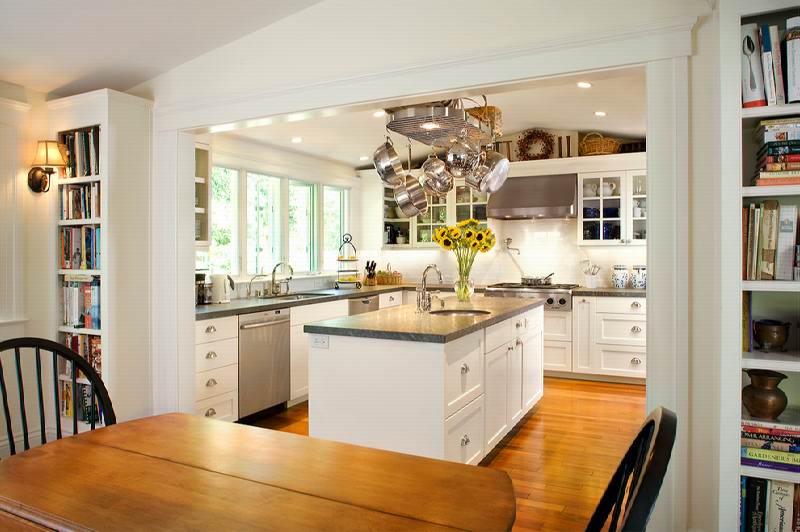 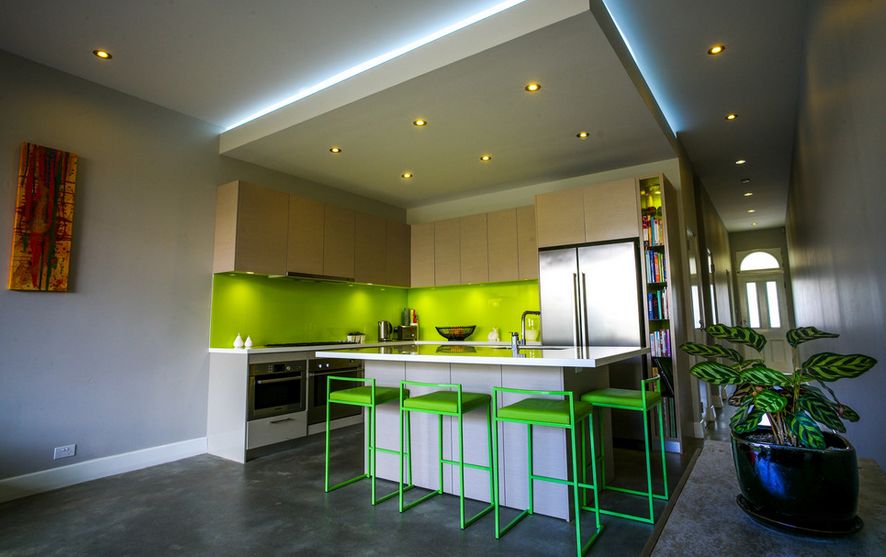 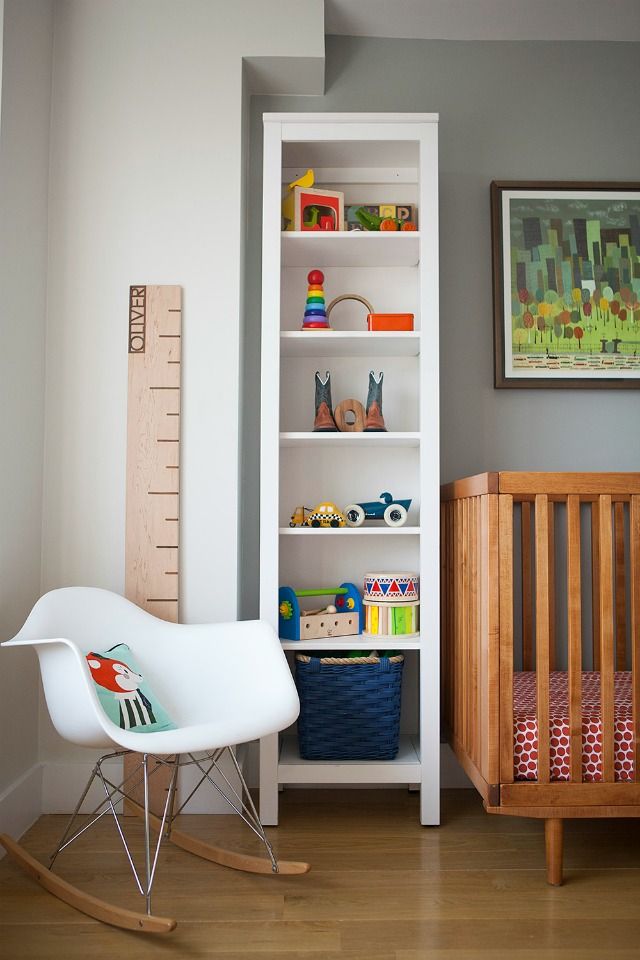 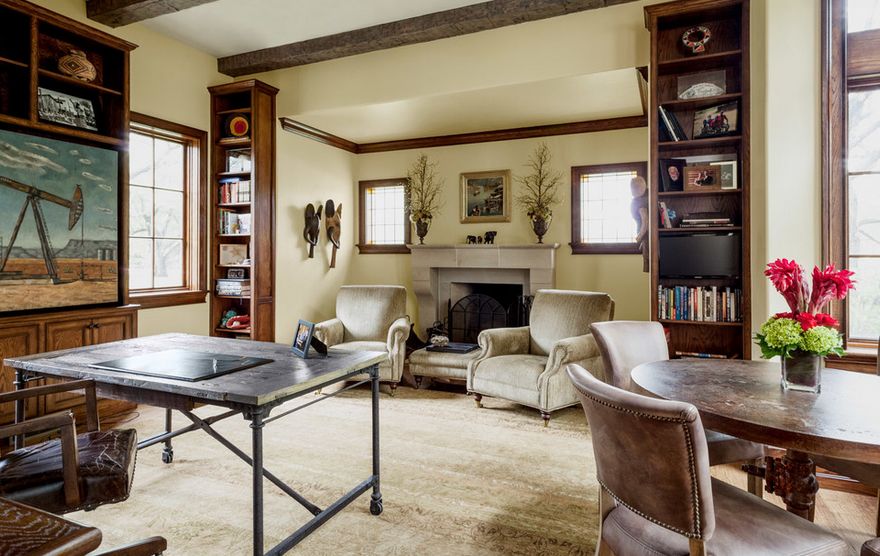 Although its shape may seem peculiar and not very versatile, a tall and narrow bookcase can be an ideal choice in a variety of different cases and for a lot of different design scenarios. You just don’t know all of them yet. The following examples illustrate the versatility of these pieces of furniture and the numerous design and layout possibilities that can include them.

A pair of tall and narrow bookcases can be used to divide a room into two distinct areas. For example, a home office can have a workspace and a seating area and a family room can include a dining space and a relaxation zone.{found on shmarchitects}.

A lot of different areas in a home can accommodate such a piece of furniture and the bookcase can change its function accordingly. For example, it can fit in the remaining space between the crib and the wall in a nursery room and it can display cute toys.{found on projectnursery}.

Or it can be a part of the kitchen furniture. Being so narrow, it won’t occupy a lot of space and it can fit on the side in complete the whole unit. You can use the small compartments to store and organize your cooking books and magazines.{found on zsarchitects}.

These bookcases fit perfectly on the sides of the large opening between the kitchen and the dining area. They occupy the corners which are usually dead spaces and they’re wonderful for storing a lot og things from books to dinnerware.

You can have these things custom made to perfectly fit in the narrow spaces between the windows if the design allows it. You can make the bookcases shallow so they don’t intrude too much. A practical idea for the home office.

In a space that has exposed load-bearing beams, there’s not a lot of ways you can use the spaces on either side of this feature. One idea is to occupy it with tall and narrow bookcases and to add storage. This could work for bedrooms, hallways but also living rooms and other spaces.{found on putraindrawan}.

An interesting idea is to have a narrow bookshelf built into the wall. For example, one of the walls can end with such a feature. It would look simple and stylish and it would be a practical way to add extra storage without using any floorspace.

There are a lot of ways to use these bookcases in large, open spaces but they’re usually the most practical in small areas such as a tiny hallway, a bathroom, a small kitchen, etc.{found on theshabbycreekcottage}.

And it’s best to let the layout and the structure of the room dictate the type of furniture you use in there. For example, this tall and narrow bookcase is ideal for that corner, adding useful storage for the room while allowing it to remain airy and uncluttered.{found on brickspiration}.

In a large room with a high ceiling, a tall and narrow bookcase can actually have massive proportions. Take this one for example. It’s not your overage tiny bookcase but it’s still tall and narrow. A great idea for those with large book collections.{image by Dirk Lindner}.

But let’s also discuss specifics. Where exactly can you find such a piece of furniture and how much would it cost. Well, the possibilities are endless but one example could be the Tall Bookcase featured here. It has a metal frame with wooden shelves and it could fit nicely in a rustic, shabby chic or industrial décor.Available for $329.