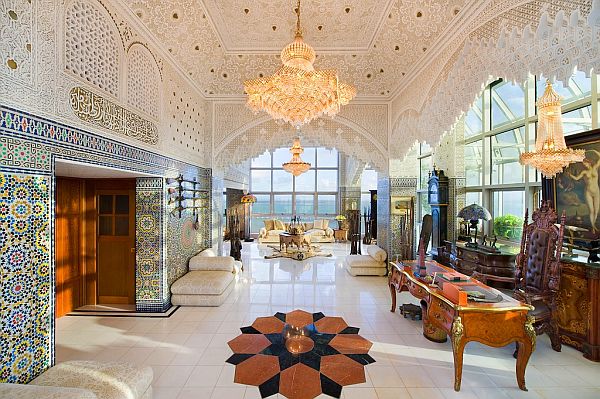 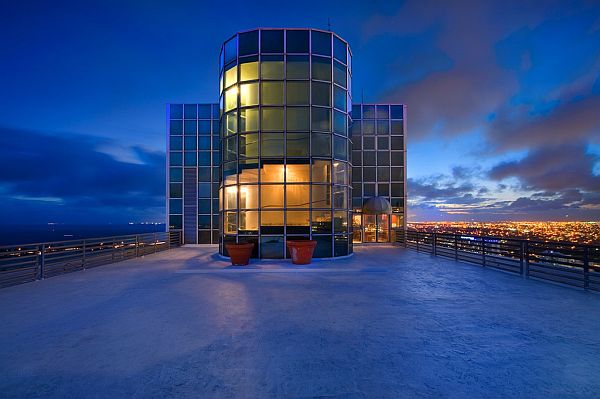 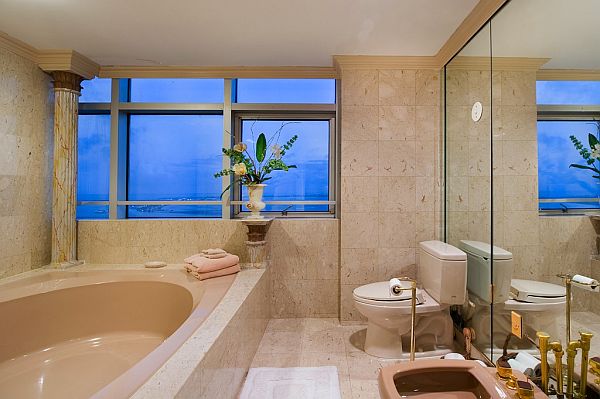 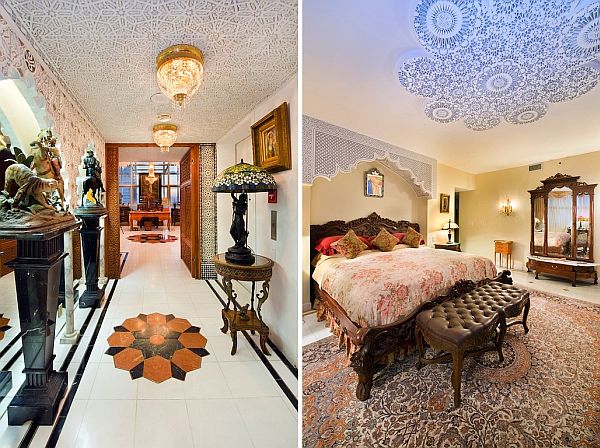 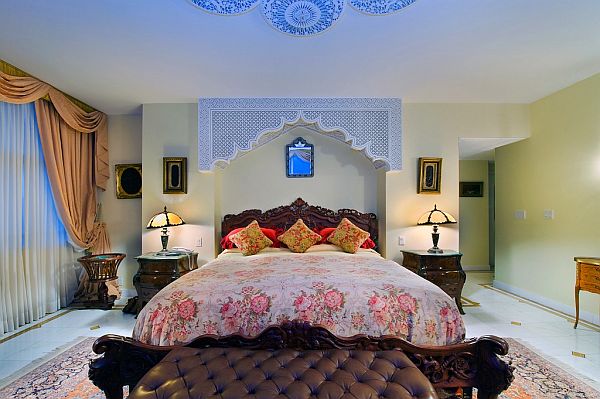 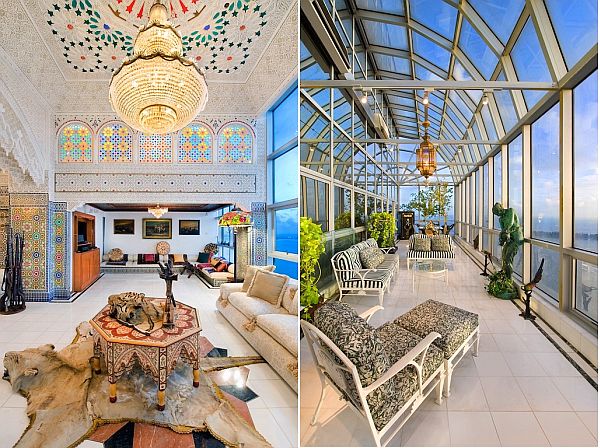 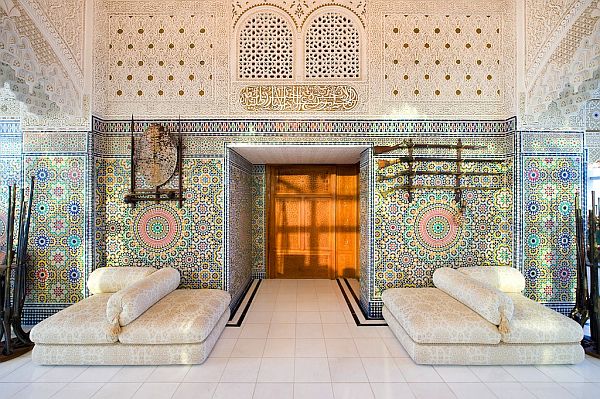 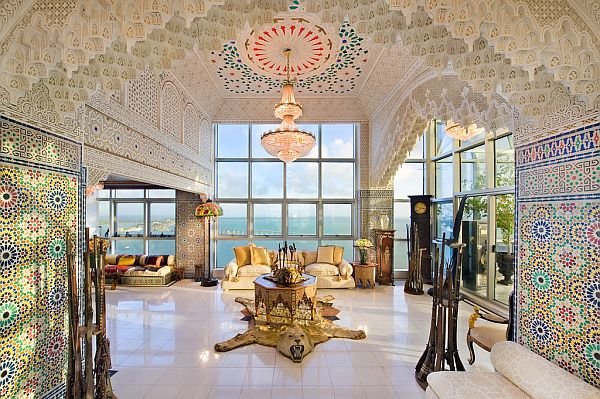 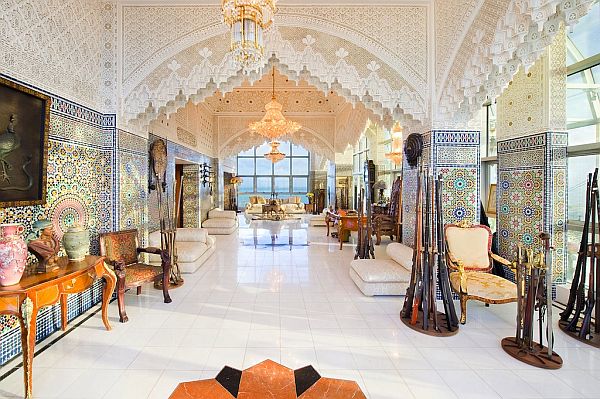 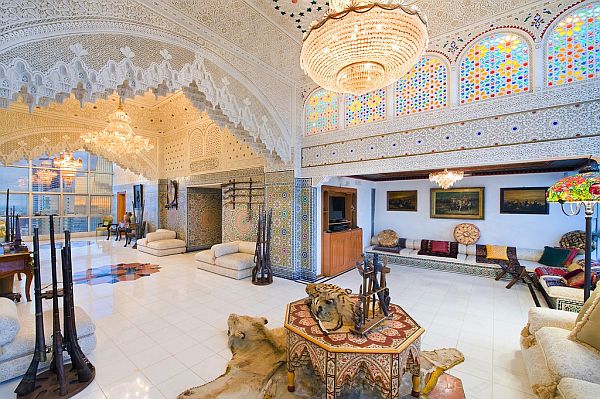 The next building put me in difficulty when I first saw it. Actually there where two obstacoles I had to pass to understand its meaning. First of all, looking at the façade I thought I was admiring a small modern hotel. The surprise was that the building wasn’t a hotel after all. It is a three storage residence, built on the roof of the Palace Condominium on Brickell Avenue. The original owners were Leona & Harry Helmsley and they wanted this building to be their Miami residence. Understanding that, everything was fine with me. I should also mention that being built at such a height, the house offers a great view and that the glass walls make you feel like you’re floating in the sky.

The second and the biggest shock came as viewing the house’s insides. It seems that the original owners sold their house to Saudi Shiek Saoud Al- Shaalan. The new owner transformed it into an authentic Arabian Palace, design to resemble to the legendary TAJ MAJAL. For the interiors design worked 27 Moroccan artists. They have made their best and the rooms are real pieces of Indian art with traditional decoration, accessories and symbols.

The colors, the design and architecture, everything is specific, even the furniture’s disposal. The interior design achieved its perfection as an Arabian palace, but I still think it doesn’t fit the building’s façade. However, as the two sides of the paper never meet each other, so, the interior and the exterior of a house never interfere and the enormous difference between styles is not so annoying after all.