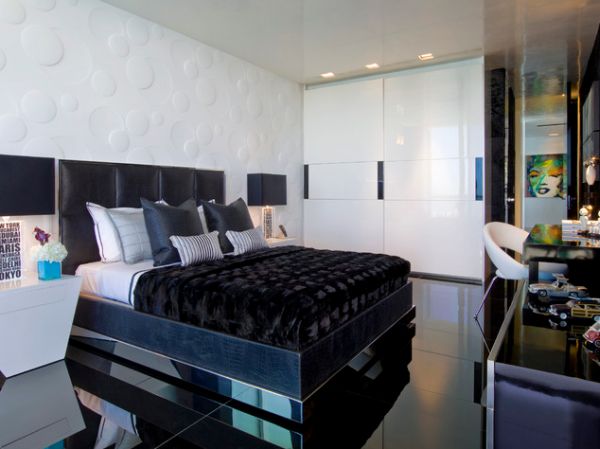 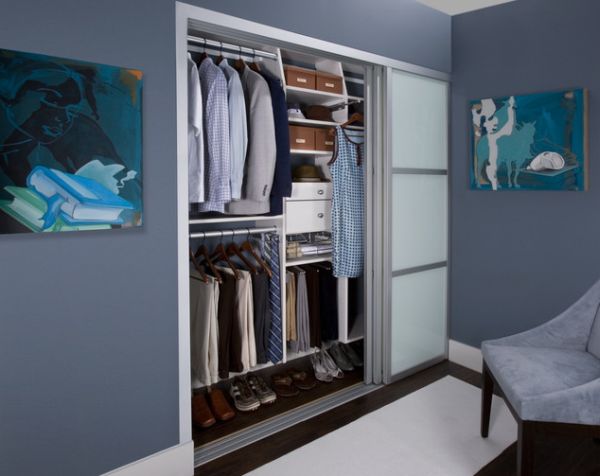 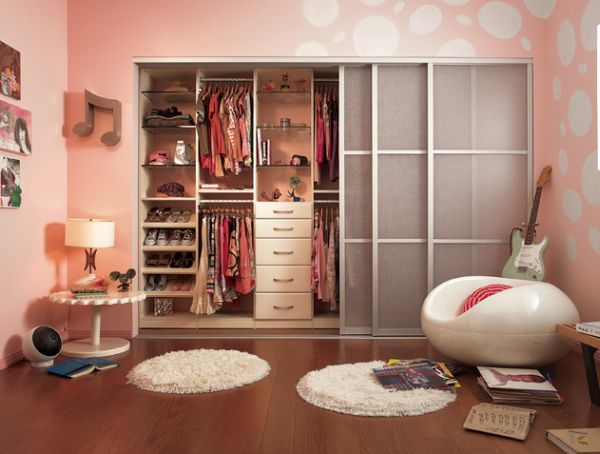 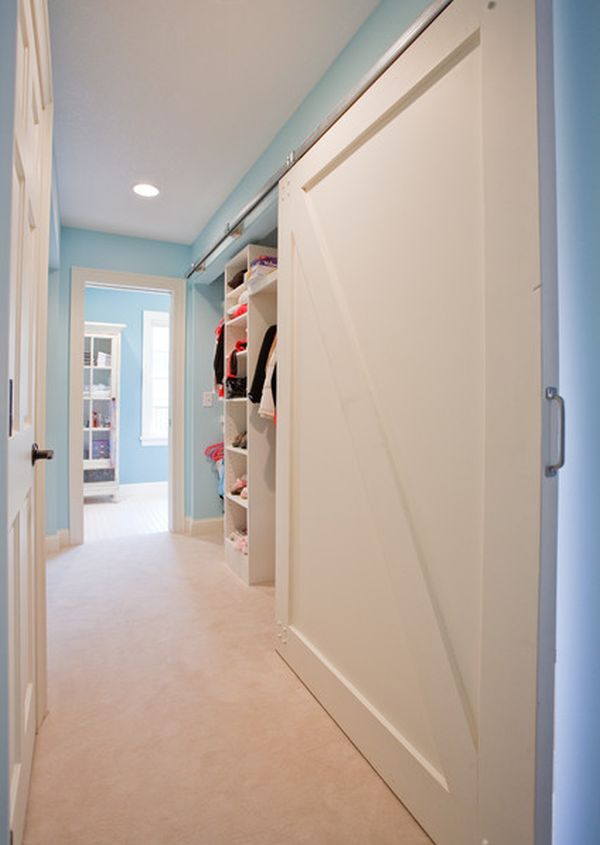 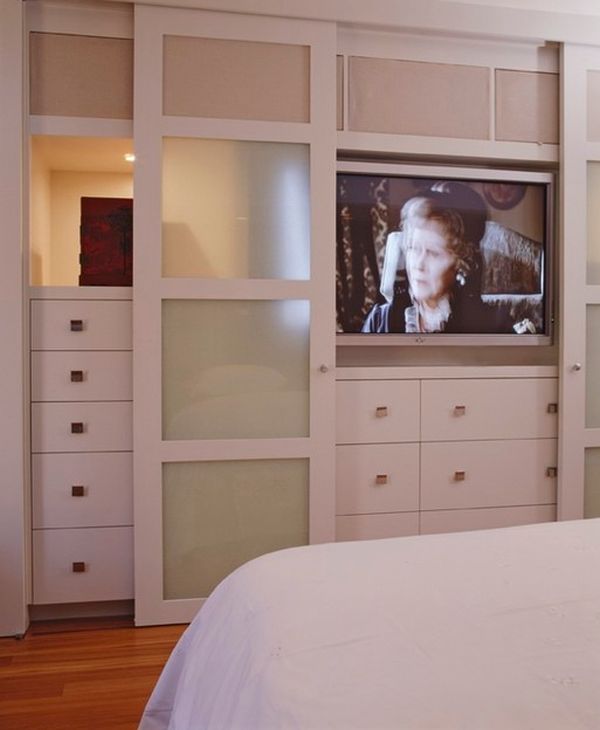 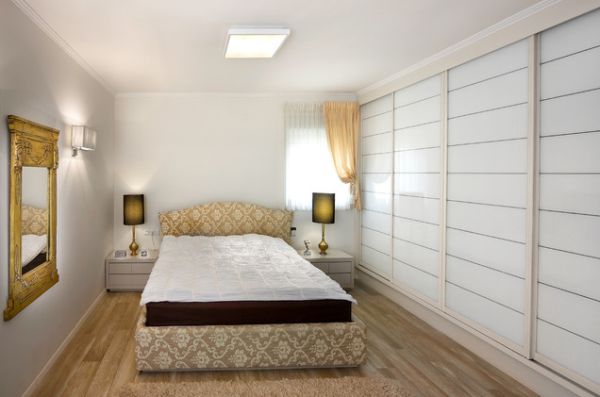 Nobody wants their bedroom to feel cluttered and uninviting. It’s why the wardrobe is a crucial part of any bedroom’s design. It’s the space where you can freely organize and store everything and the space that remains hidden, leaving the rest of the room clean and airy. It all hides behind the doors. Sliding wardrobe doors are a very popular choice because of several reasons. First of all, they’re very practical and they don’t require additional space when opened. Then there’s also the fact that they maintain a minimalist look. Here are a few examples that support this idea.

This bedroom looks very clean, simple and organized. But behind that paneled wall there’s a whole different image, Luckily, it all remains hidden behind those sliding doors. Besides the difference is material and texture, the wardrobe doesn’t hive other hints regarding its presence. This way the bedroom maintains and cohesive and minimalist look.

But the sliding doors often reveal more than just shelves and compartments filled with clothes and accessories. This wardrobe, for example, hides a secret. There’s a TV behind the sliding doors and they’re only role is to hide the TV when not needed. This way the décor becomes simpler and more airy. So even though the sliding doors don’t have the role of hiding the contents of the wardrobe, they still integrate beautifully into the décor.

Sliding wardrobe doors don’t necessarily have to be a part of the wardrobes initial design. You can add them later and this way you can improvise and choose a more original design. For example, this wardrobe features a barn door. It’s made of poplar and has been painted white to better blend in with the décor. It’s clever and original at the same time.

The kids’ bedroom or playroom could also use a large wardrobe with sliding doors. The interior can be organized in compartments of all shapes and sizes to hold all their clothes, toys, supplies and everything else. The sliding doors are easy to operate for the kids and they also create a more dramatic effect when they reveal everything inside.

Here’s another example of a very neatly organized wardrobe. It has a long and narrow space for all the shoes, plenty of space for shirts and hangers, some small drawers for accessories and jewelry or other small items and space for the pants. Everything looks very well organized and very neat. All it all disappears behind the sliding doors, leaving the bedroom clean and airy.

Even when you have a large bedroom, the need for space doesn’t go away. If you have the privilege of having a spacious bedroom then you should try to maintain this image. So avoid using furniture that would clutter the space. It’s why wardrobes with simple sliding doors are so great. They hide everything inside and they have this minimalist look that allows them to integrate perfectly in the décor.