The Q House doesn’t look that interesting from the outside but that’s just because the exterior was kept intact and only the interior was completely transformed. A stunning makeover by MCK architects. The house was originally built in the 1860s but there’s absolutely no trace of its past inside. Now it looks fresh and modern.

The main color used for the interior is white. It was used in combination with wood and the occasional dark accents to balance out the simplicity and to also make the spaces feel like home. The geometric wall of cubbies is the most eye-catching element. A series of open closed compartments, most of them white and some of them yellow form an interesting display. The cluster of hidden compartments at the center hides a fold-down table and opens the living room to the kitchen.

Another interesting detail is the vertical screen wall made of timber planks which replaces the usual staircase wall. It has a slightly curbed shape only noticeable up close showing how it closely embraces the staircase. This wall allows the living and dining area to communicate visually and also serves as a decorative element. There’s a very nice fluidity between the interior spaces realized in the most unusual and unexpected ways. 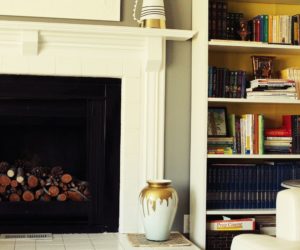 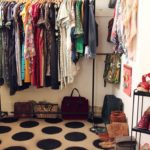 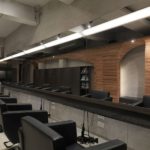 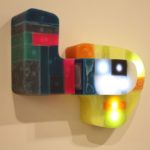