When two unlike things are combined effectively to create another object that is a lot more than the amount of its parts, gives a most satisfying moment. That’s accurately what occurs on a little pedestrian lane of Eindhoven, in the Netherlands, which was lined up with many lampposts and small pot that were helping more as mess than as useful objects.

Design firm BYTR analyzed the issue and unite the messy objects into unique, floating streetlights with luxuriant, alive lampshades. The design, which is know as  GREENSPOTLIGHT, was an instantaneous hit. Almost everyone would appreciate this design. 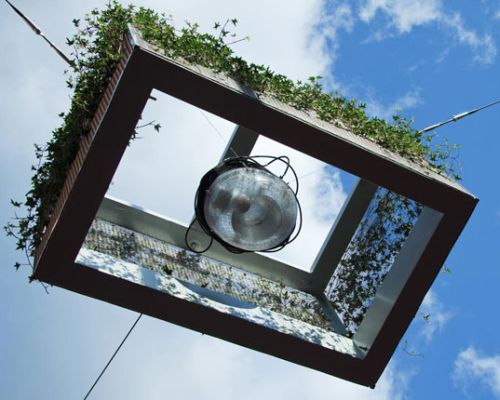 Each GREENSPOTLIGHT contain a netted shelter and a ring of incorporated planters. The lights are fixed on cables between the street walls which didn’t make any obstacle to pedestrian. Although a small alteration, the simple adding up of these lamps becomereally helpful to glow up the street  all the day in a way that sum up a touch of green to this very urban area. 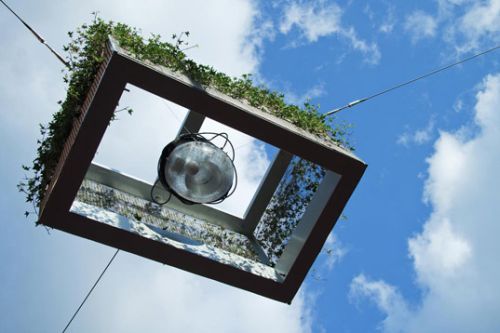 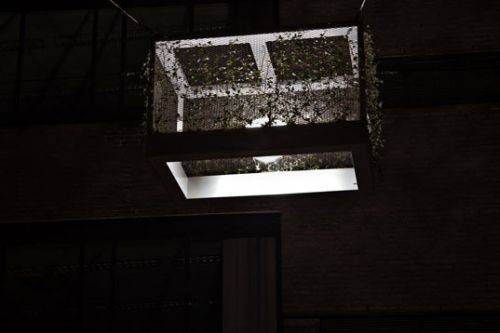 The GREENSPOTLIGHTs are division of a bigger project called ‘Greenspots Eindhoven’ where the Eindhoven municipal council has appointed BYTR to look for openings to develop urban green projects around the city center. Eindhoven is recognized as one of the greenest cities of Netherlands. At present, this ecofriendly city is crowded by the chiefly massive concrete constructions that have anything to do with green but to yell green.