Exhibition halls, Philharmonic buildings, theaters and concert halls are all dedicated to the arts, to beauty and to the senses so it makes sense for the structures themselves to look like works of art. Some do and each one is unique and spectacular in its own way. Today we’re looking at five of the most amazing concert hall and exhibition space designs from around the world and we’re trying to uncover the inspiration sources and ideas behind each project.

This extraterrestrial-looking structure is located in Tbilisi, Georgia and was designed by architects Massimiliano & Doriana Fuksas. It consists of two large tubular elements connected at one end to form a single body. They look almost organic and the facades are very soft and fluid. One of the elements serves as a Music Theatre with 566 seats and the other one is an Exhibition Hall, soaring from the ground and offering expansive views from the foyer and the cafeteria.

The Elbphilharmonie designed by Herzog & de Meuron is a successful attempt at bringing the people closer to music and art in general. The idea behind the project was to transform the new Philharmonic from Hamburg into a public attraction in a genuine and real fashion and to break the cycle where such structures cater to only a few privileged individuals, completely ignoring and pushing away everyone else. In order to achieve that, the building complex features not only an attractive and eye-catching architecture but also a modern and interesting interior design and, more importantly, accommodates a series of functions such as a Philharmonic hall, a a music hall but also bars and restaurants and a beautiful terrace with panoramic views of the city. Furthermore, the complex also includes apartments and a hotel. All of this helps to bring artists closer to their audiences in a very personal, casual and seamless manner.

Another extraordinary structure is the concert hall designed by architect Jean Nouvel. Philharmonie de Paris is located in Parc de La Villette, in Paris and features a unique, sculptural form with facades covered in interlocking bird-shaped tiles. The tiles cover both the walls and the ground surfaces, giving the building a highly graphical and eye-catching look. Inside there’s an auditorium with 2,400 seats and cascading balconies and up on an elevated rooftop plateau there’s room for up to 700 people.

Inspired by the beautiful, untamed wilderness which surrounds it, the Harbin Opera House from Heilongjiang, China looks like it’s been sculpted by wind and water, featuring fluid, organic lines and a a sculptural form which allows it to seamlessly blend in with nature and its surroundings. The building is the centerpiece of the Cultural Island which occupies 850,000 square feet on a 444 acre site. It contains a grand theater with 1,600 seats and a smaller one which can accommodate 400 people. It was a project by MAD Architects.

This is the Great Amber Concert Hall, a monolithic, cone-shaped building designed by architect Volker Giencke and located in Liepāja, Latvia. The element that makes this structure spectacular is the facade which is transparent and amber-colored, hence the name. The facade reveals the interior, more specifically the irregular concrete structure built around the central Concert Hall which can seat up to 1,000 visitors. The hall can also be used for congresses, exhibitions or receptions and there’s an additional space for events which measures 2,000 square meters across. This design flexibility is a way to bring artists, students, teachers and the audience closer together and to improve communication between these groups. The concert hall also includes an experimental stage with a foyer, a bar and a music club on the 5th floor, this area completing the design and making it even more attractive. 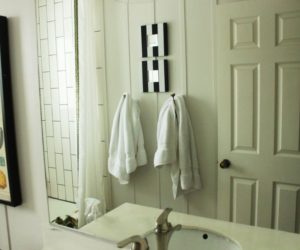