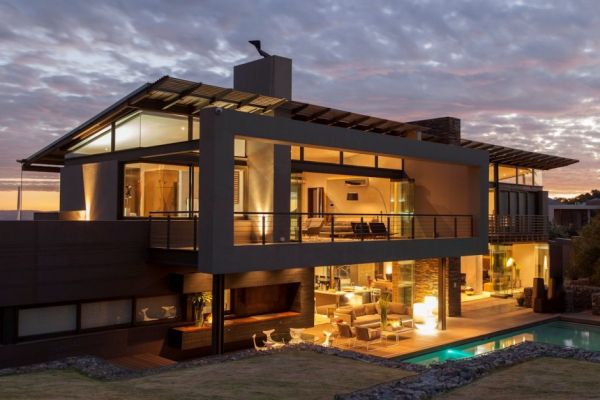 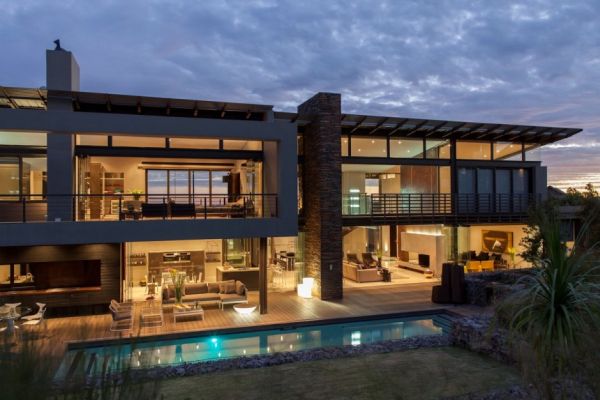 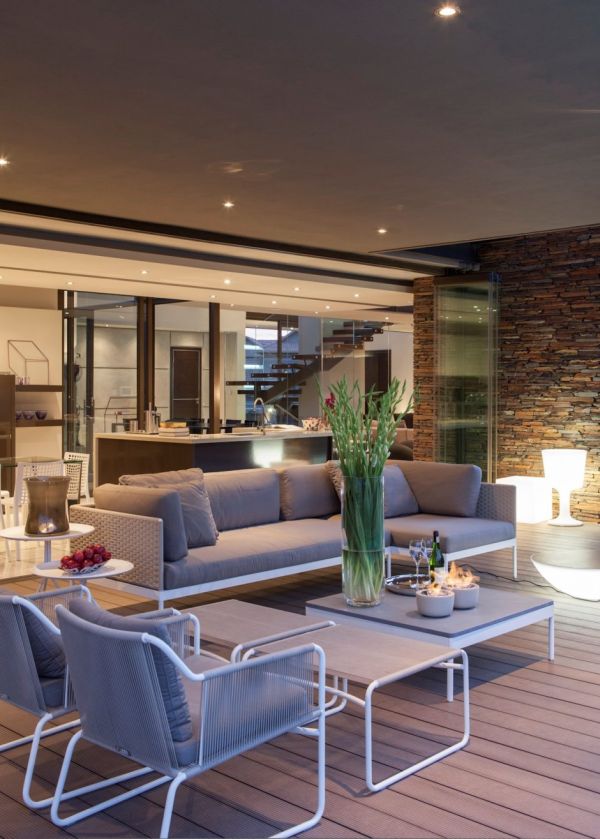 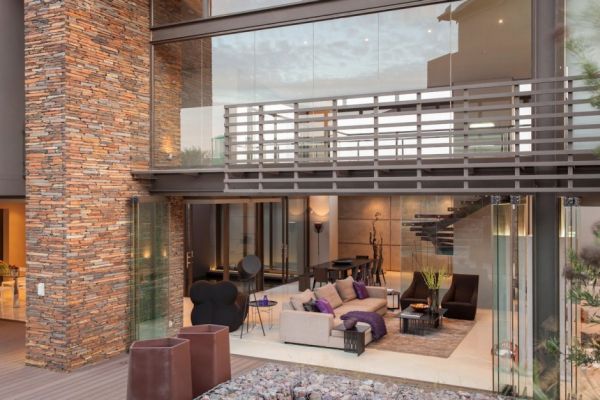 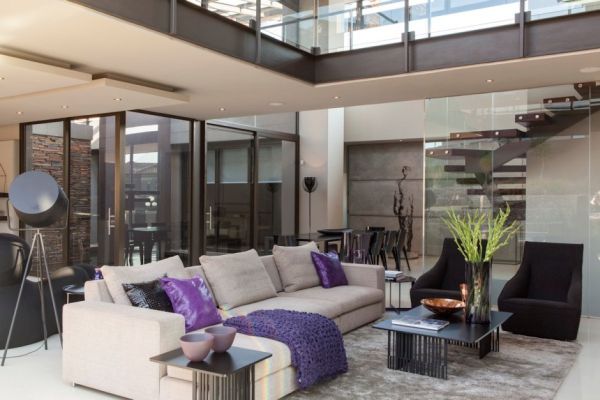 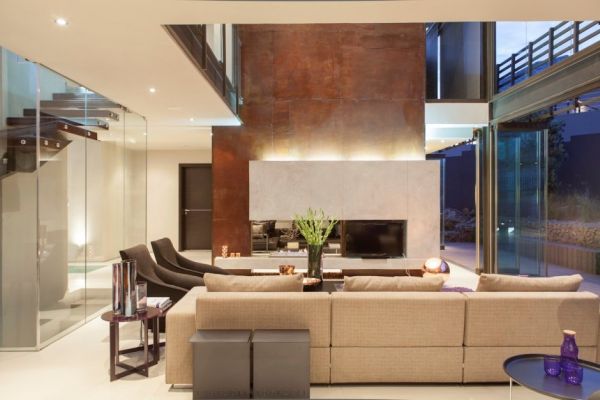 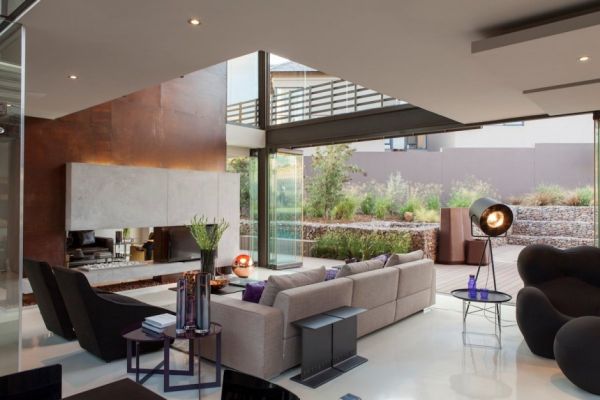 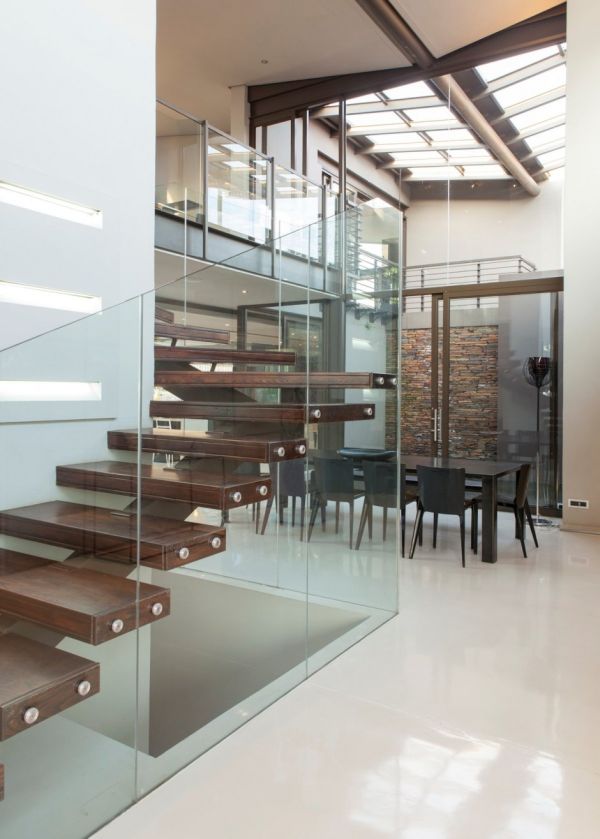 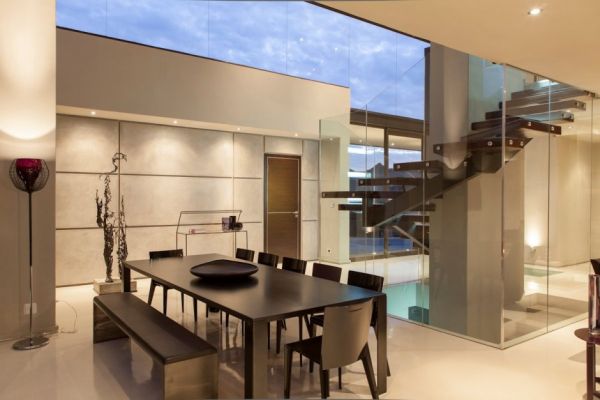 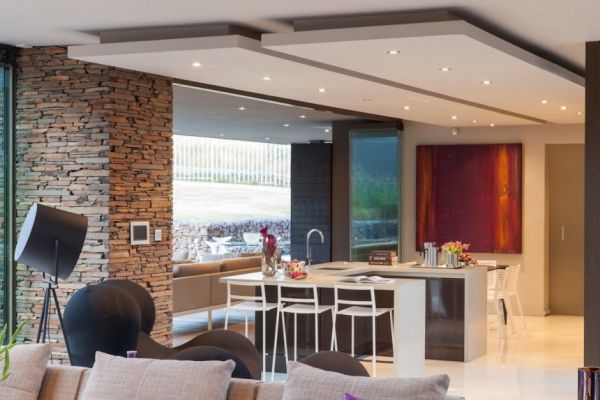 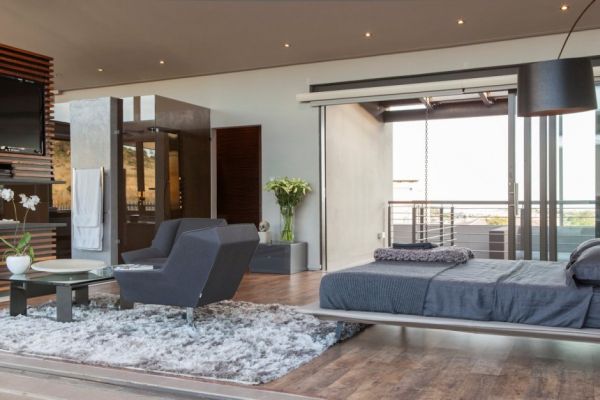 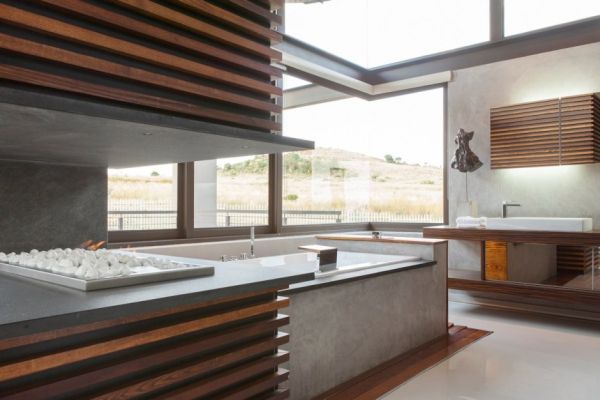 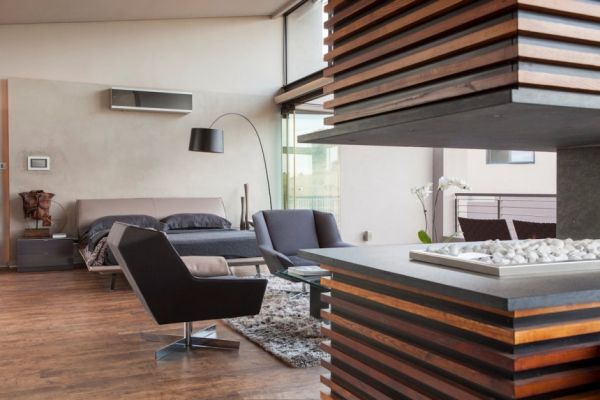 The way I see it, the only reason to live in a house and not in an apartment is if you want to have a closer connection with nature and if you have a big garden. The clients that requested this impressive residence in Johannesburg, South Africa, seem to share the same vision.

The project is named House Duk. The residence was designed by Nico van der Meulen Architects and one of the main requests was a strong connection with the outdoors, particularly with the garden. As a result, the team came up with the perfect layout for such a lifestyle.

The house offers views of the garden and the surrounding landscape from almost every room. The fact that the rooms mostly have floor-to-ceiling glass walls and windows definitely helps. The living areas are particularly large.

The distinction between inside and outside becomes unclear in some areas. This lounge area is somewhere in between. It’s a covered space but it opens onto the exterior. The furniture was chosen in such a way to reflect that.

There’s a series of such spaces. Those on the ground floor have glass walls that separate them from the outdoors and which can be folded to let the sunlight and fresh air invade the spaces without any barriers.

Glass partitions are also used indoors. This way the rooms are interconnected while also being clearly separate spaces.

Whether this living space is completely opened to the exterior or enclosed in glass, the views remain wonderful and the atmosphere is always cozy and inviting.

On a beautiful day, the glass barrier which separates the interior spaces from the beautiful garden is completely eliminated.

As mentioned, the living spaces are particularly large and usually form open floor plans. However, because they are so large, the different functions are clearly divided and they each get their own private area.

The staircase is the element that unifies the spaces and, at the same time, separates them. It’s encased in glass so it’s less robust but very safe and durable.

The interior design is eclectic and it combines modern elements with more traditional and rustic details such as the exposed brick wall in this kitchen area.

Practically all the rooms benefit from wonderful and panoramic views. The house is positioned within a secured nature reserve so its design was inspired by the setting and the nature surrounding it.

Natural materials were selected and strategically placed throughout the house. These wooden panels adds warmth and texture to the space while also being a reminder of the beautiful location.

The materials and the colors were selected with care and they allow the house to blend in with its natural surroundings. Emphasis was given to textures and finishes.