Every country is unique and beautiful in its own way, but Australia and New Zealand seem to be really special because they managed somehow to keep many endemic species of plants and animals alive there and that is already part of their inheritance that they want to preserve and pass on to their followers. One of these endemic trees is the Pohutukawa that grows near the coast, has big and beautiful red flowers and is part of the Maori culture for centuries. Well, New Zealand people obviously understood they have to be in permanent communion with nature and respect it, so they tried to built their houses,too, by respecting this rule.

So these guys from Herbst Architects proved to be real professionals when designing this Spacious House Covered with Pohutukawa Trees in Piha North, New Zealand and succeeded to make the house mingle nature. They did that by using  Pohutukawa trees wood as much as possible and also by allowing the large space of the house rooms to be open to nature and to face the living trees around the house.

Since the location of the future home was almost entirely covered with Pohutukawa trees , this was not very hard. The house is divided in two separate “towers” that are built close to each other and meant  to be linked by a nice passage. Each tower looks like a freshly cut tree stump and covers several rooms, each tower serving the private and the “public” space respectively.

The architects tried to maintain the natural look as much as possible, so they used mainly wood for everything in the house. The furniture is all made of wood which keeps its natural colour, the flooring, too and also the window panes. Every now and then you can see some metal frames supporting the big wide windows that offer a stunning view directly to the top of the trees. Actually you have the sensation light is filtered just like through the tree leaves inside the house, too.

The rooms and all the space is open to nature and looks perfectly natural and simple, still functional. The house is covered with wood even on the outside and everything in its design suggest a close connection with nature, keeping it all simple and natural.All the furniture, the floor and the ceiling seem to have been carved directly from the trees surrounding the house. The contractor John Arnold did a great job and succeeded materializing all the designing and idea of those from Herbst Architects.{found on Archdaily and pics by Patrick Reynolds}. 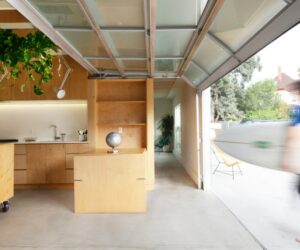 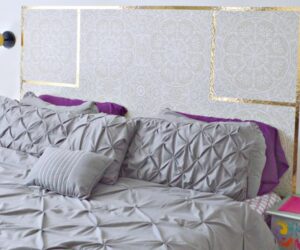 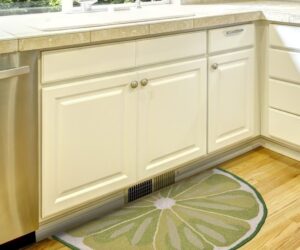