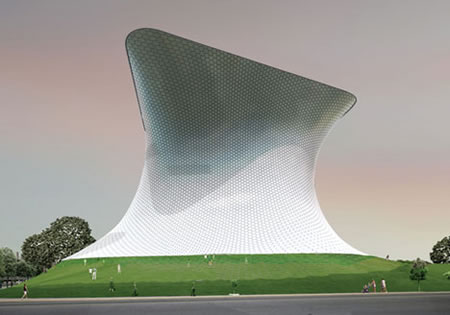 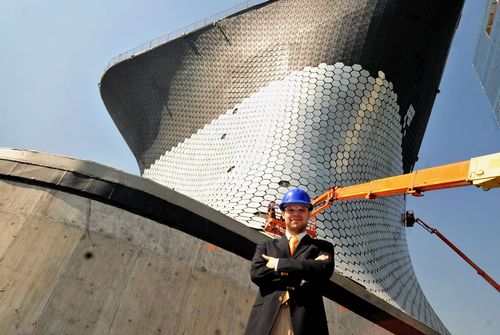 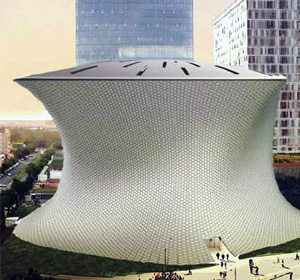 I bet that your reaction after seeing this photo will be: “What on Earth is this?”. I thought the same, too. You might think it’s a UFO or some other kind of extraterrestrial spaceship. Actually this is an art museum situated in Mexico City and its name is Soumaya. It was funded by some rich guy from Mexico called Carlos Slim, who names the building after his late wife. The architect was Slim’s son-in-law Fernando Romero. This unusual building was made with the purpose of housing the art exhibitions and painting from all over the world and Slim hired the best team to do that – the same one who built the Opera House in Sydney and the Bird’s Nest Stadium in China.

The bold building is a curvy shape covered with 16,000 hexagons of aluminum that spark in the sunshine since 2010, the year of the inauguration. The irregular shape of the building has a cube as the base and it has elongated ends. The architect and the building team used the latest technology in order to be able to finish the project in the smallest details. The shape of the museum is said to have been inspired by Rodin’s sculptures and the aluminum on the surface suggests the traditional Mexican culture, both as shape and material. Amazing piece of architecture in short.