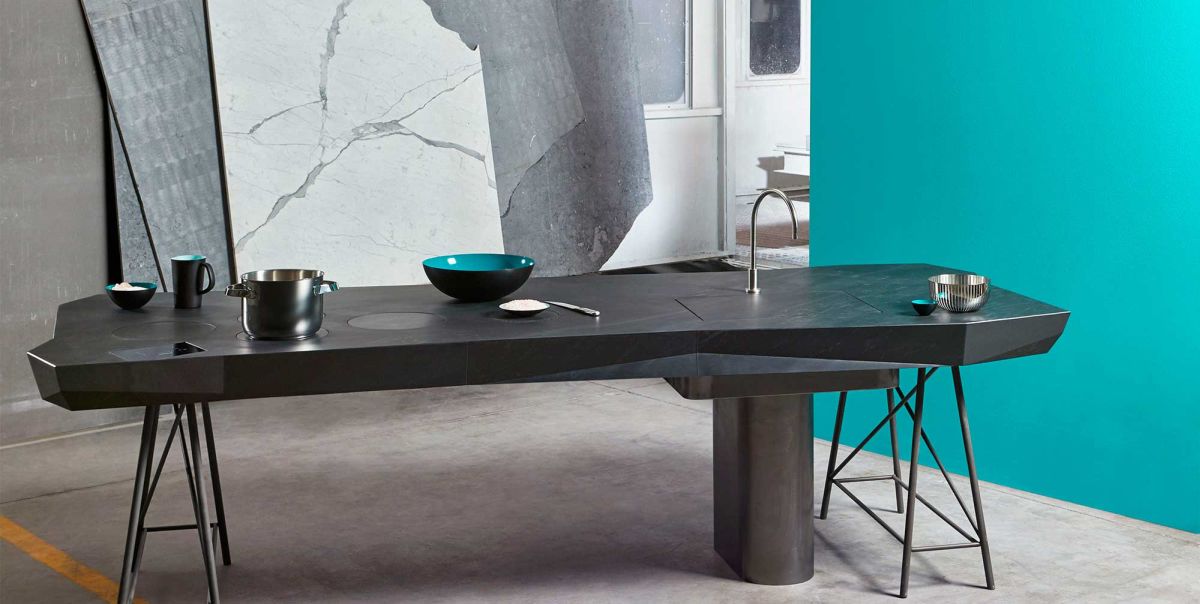 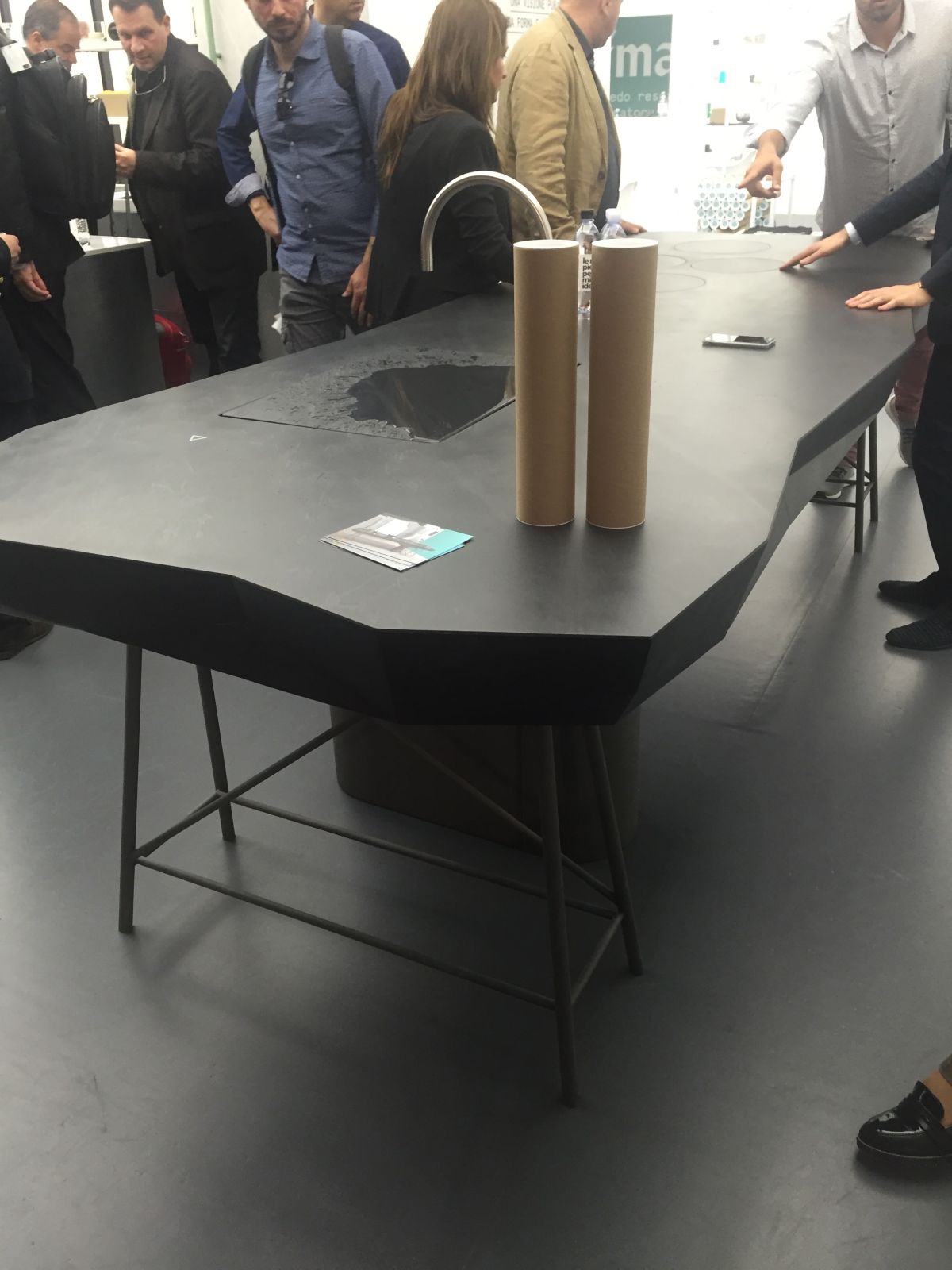 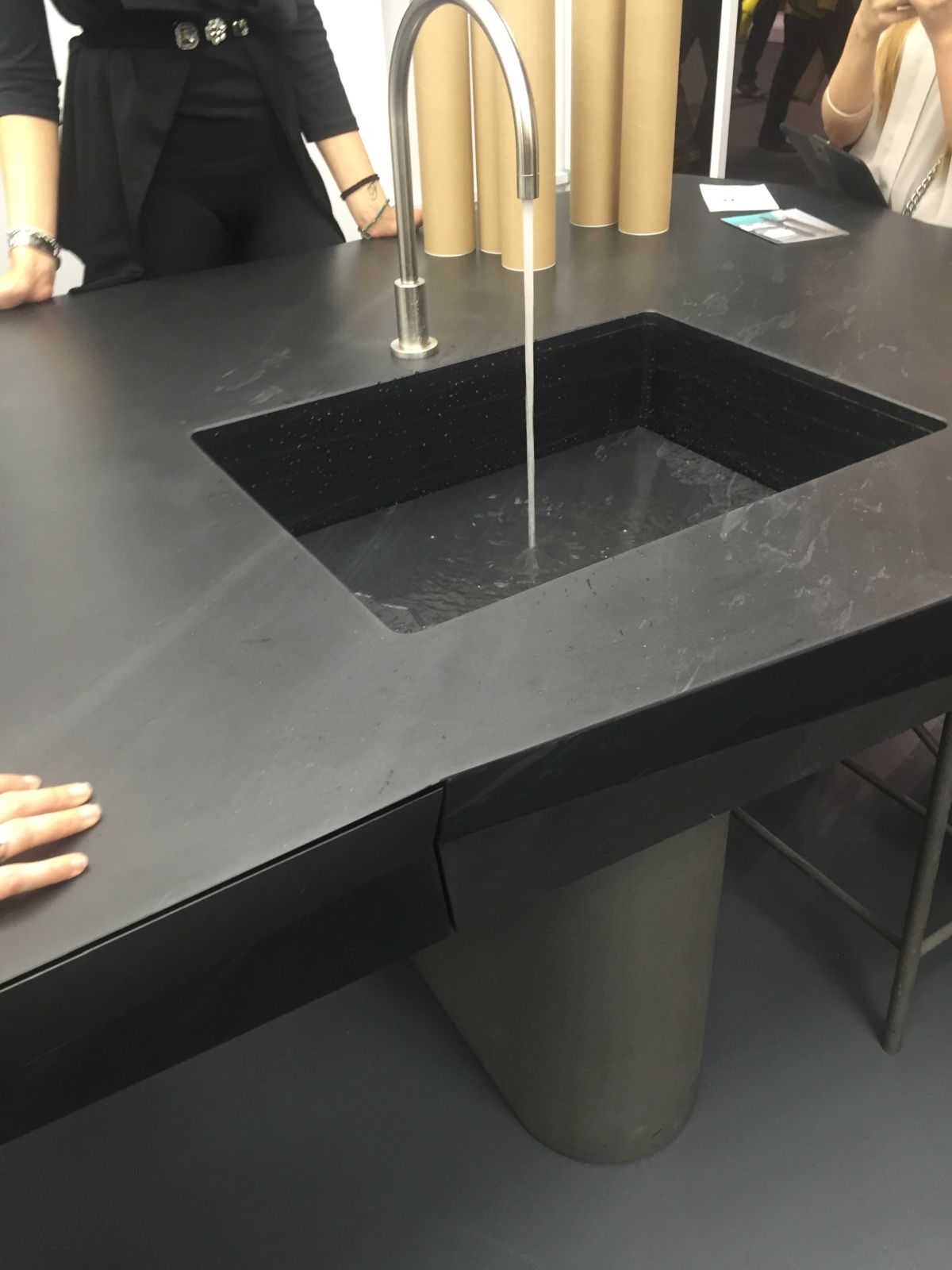 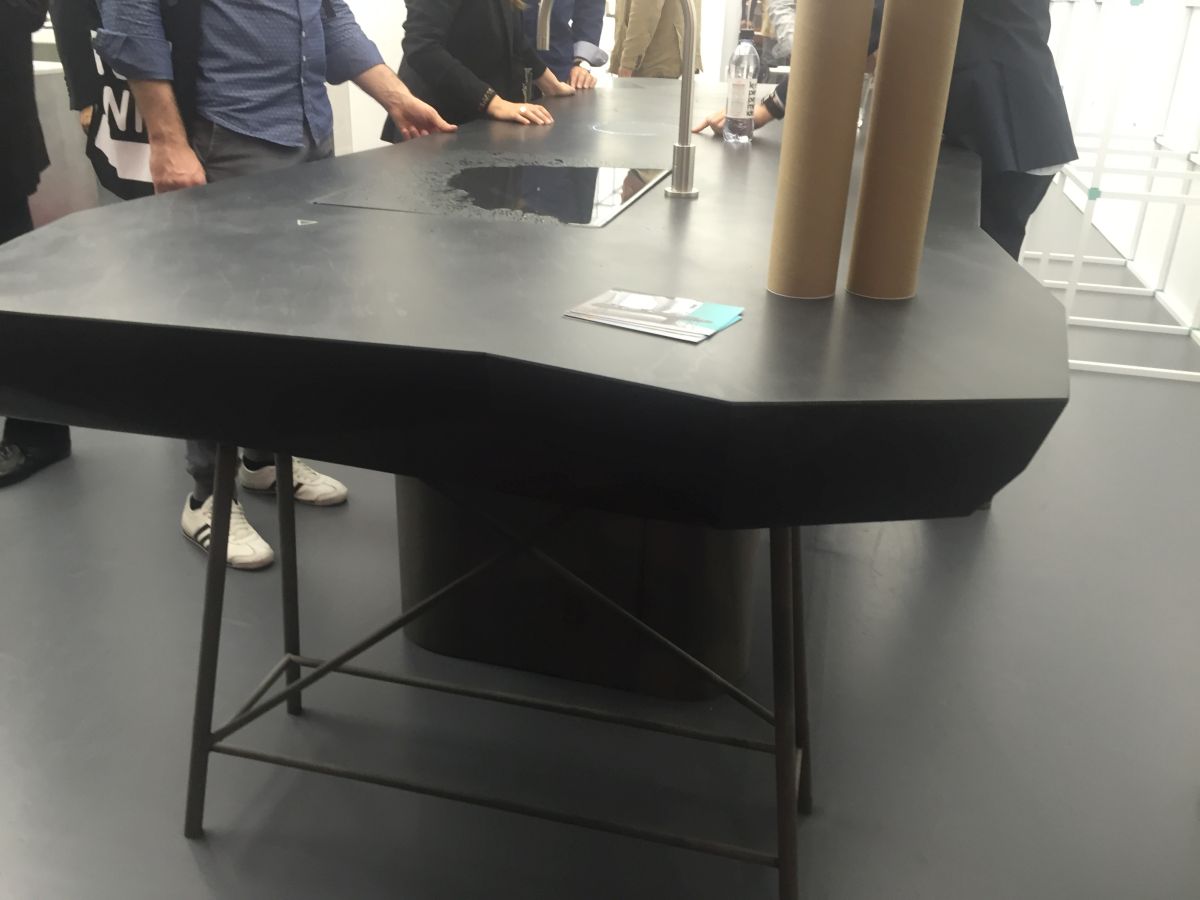 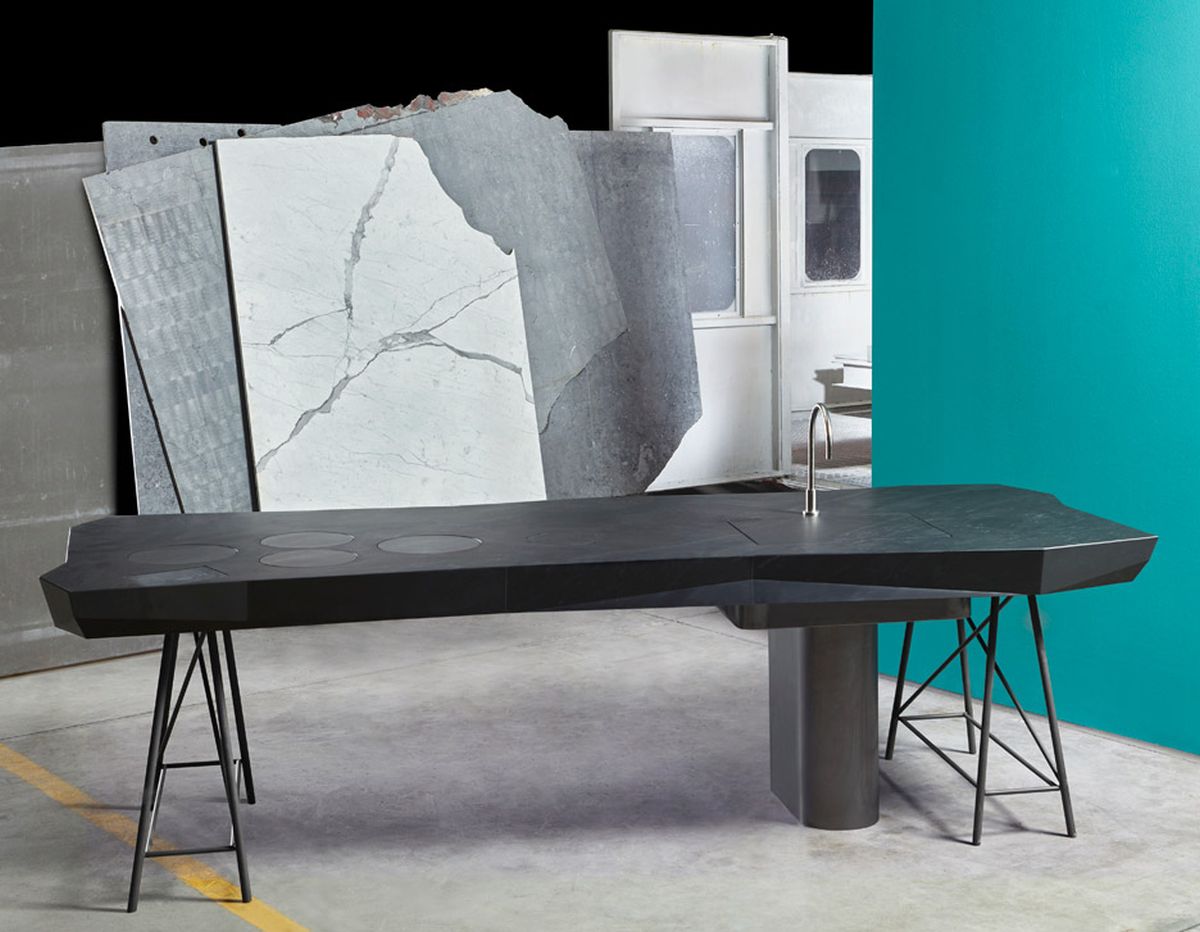 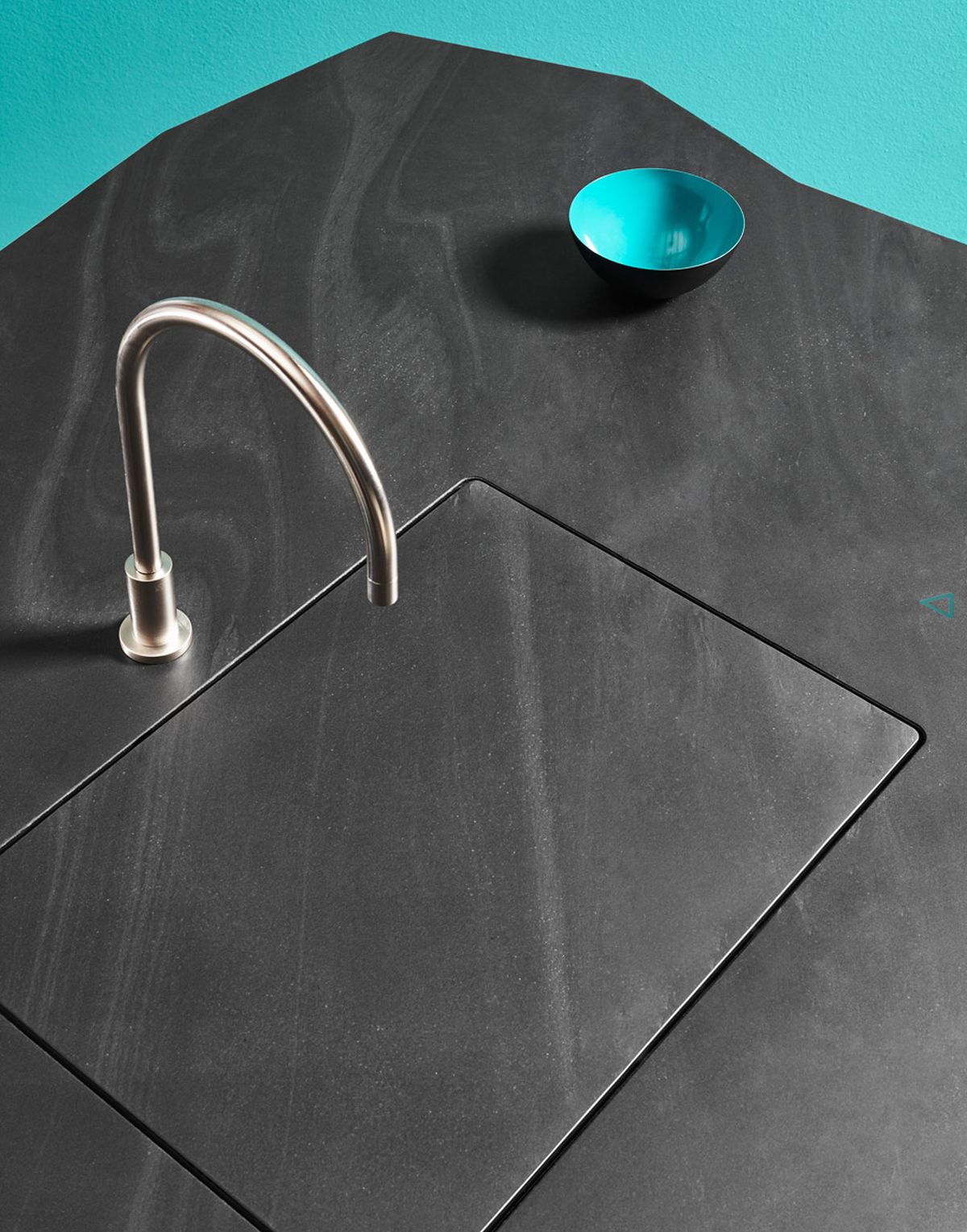 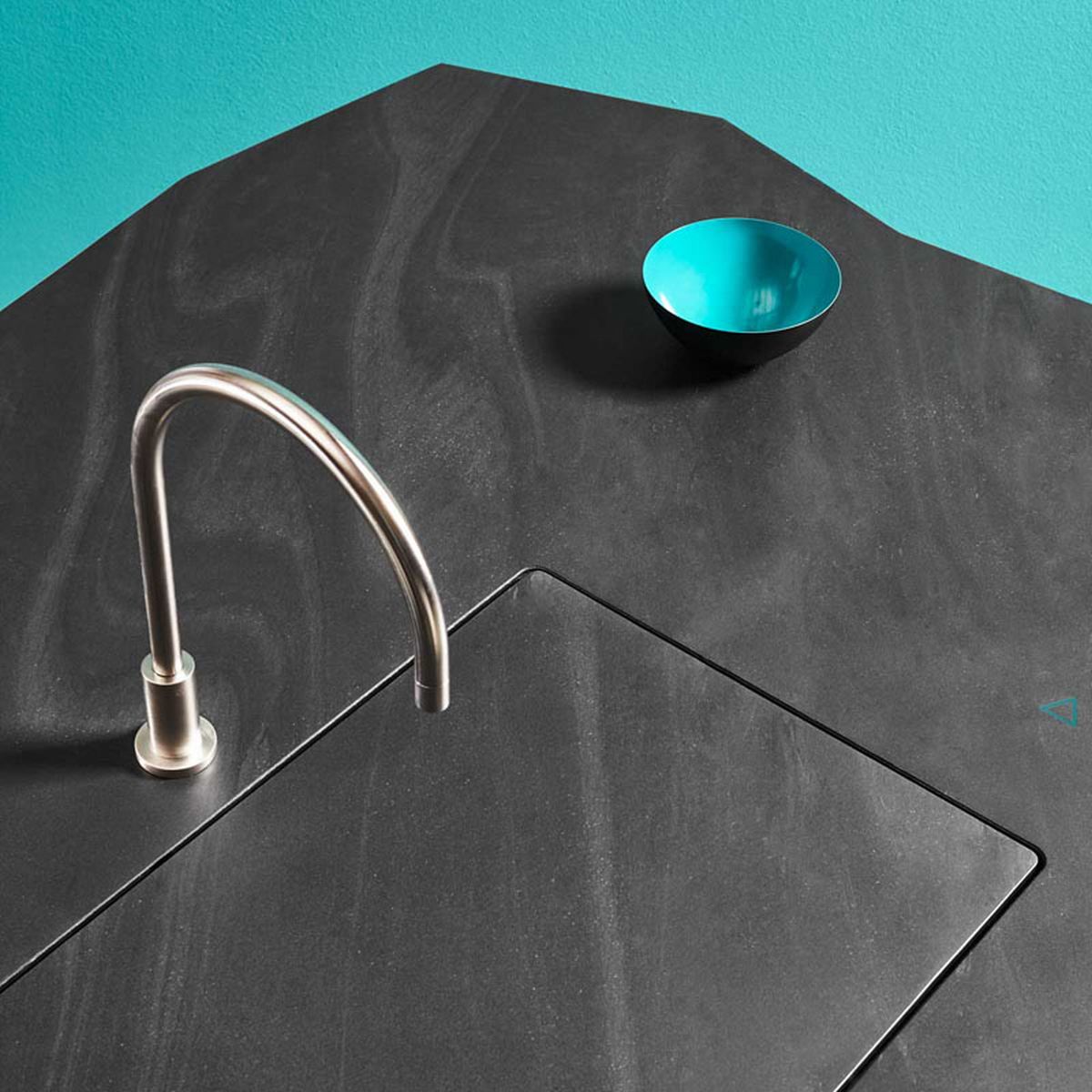 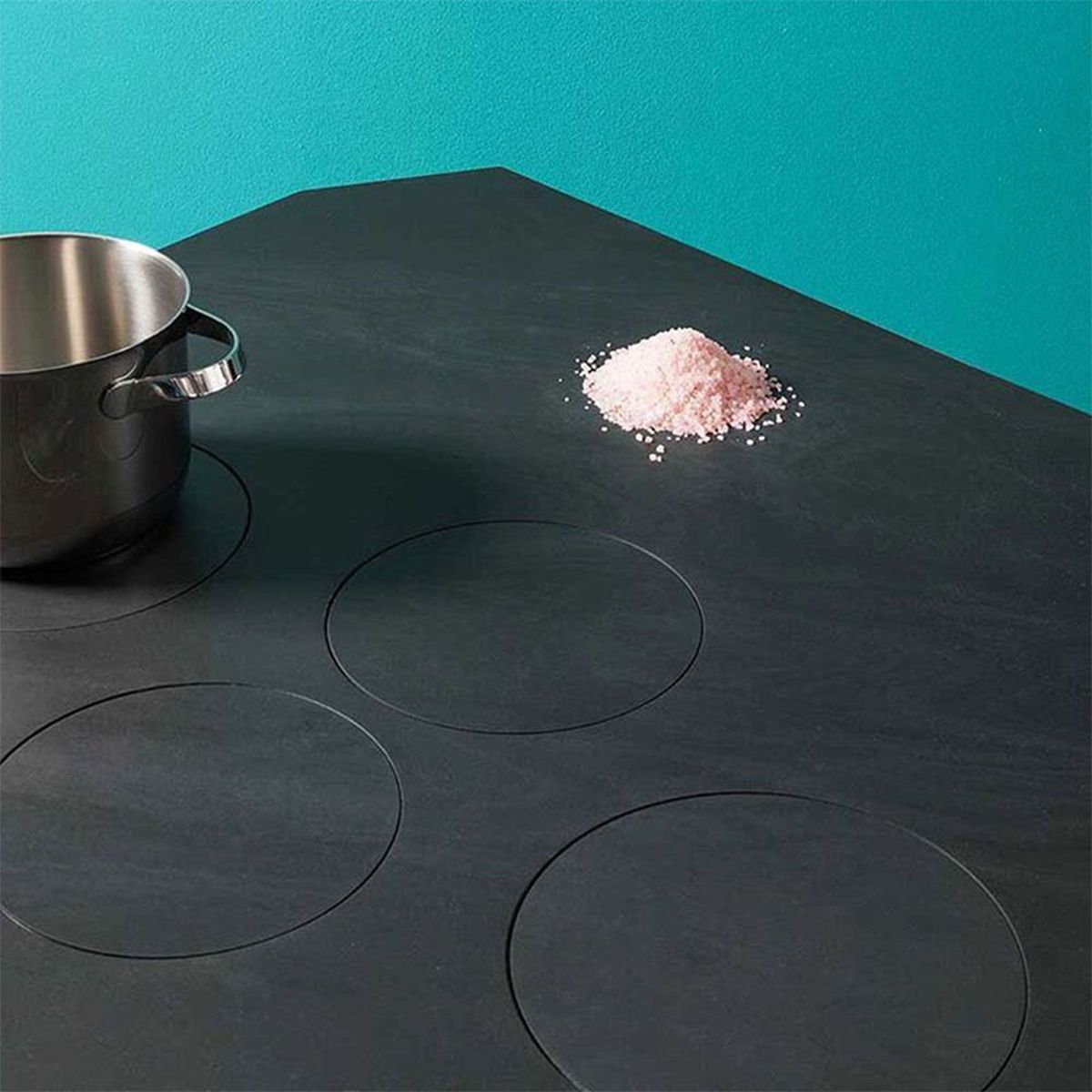 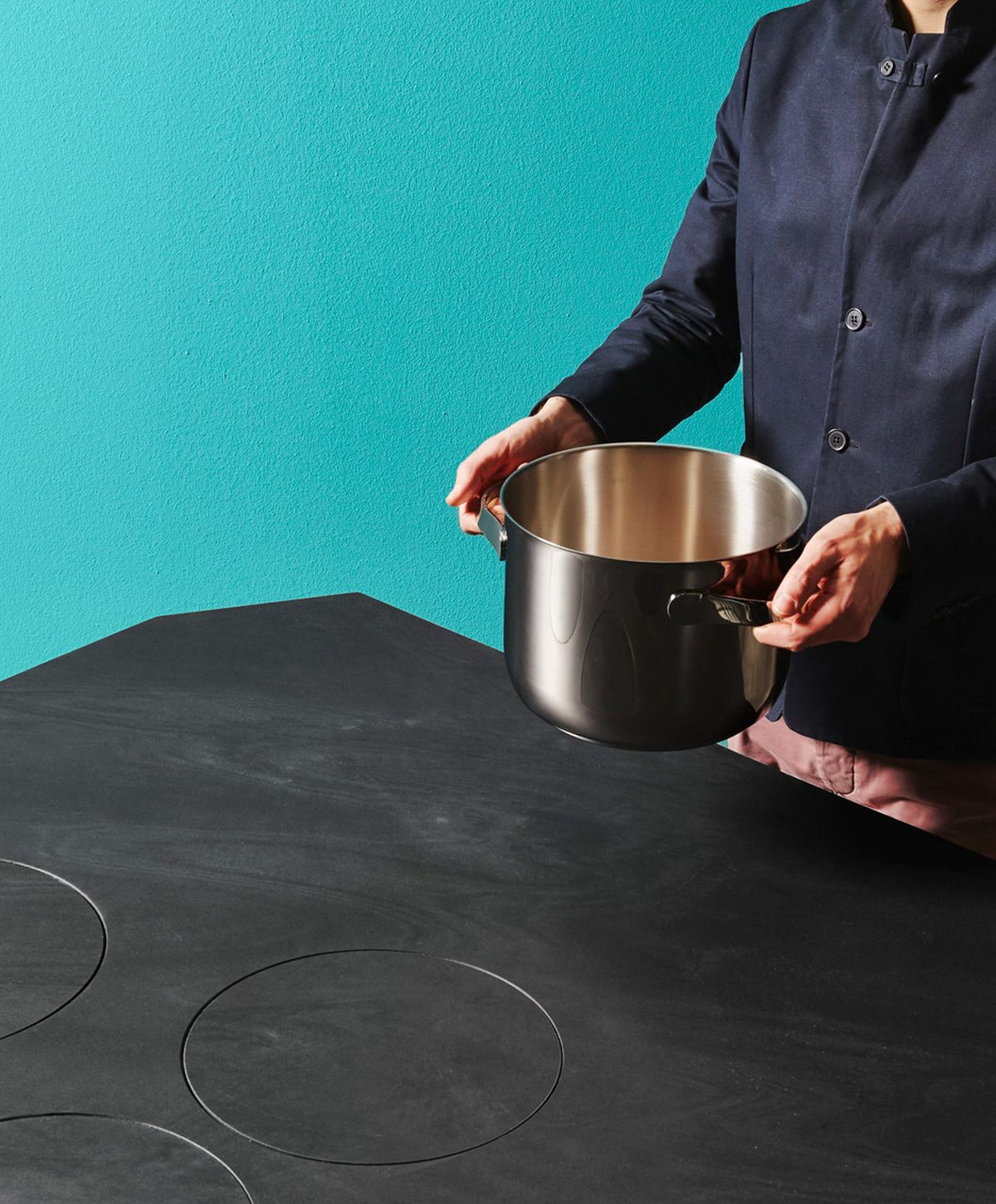 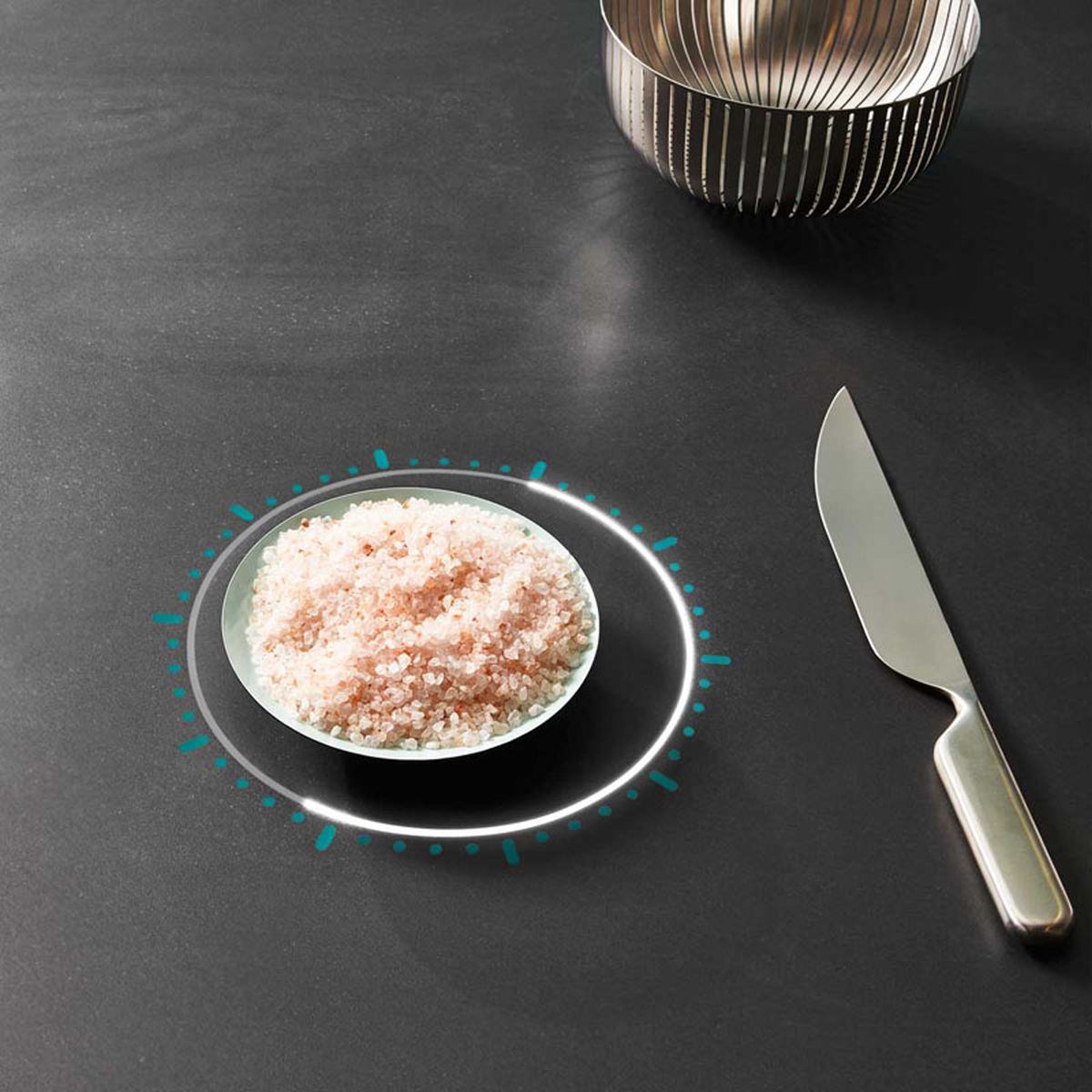 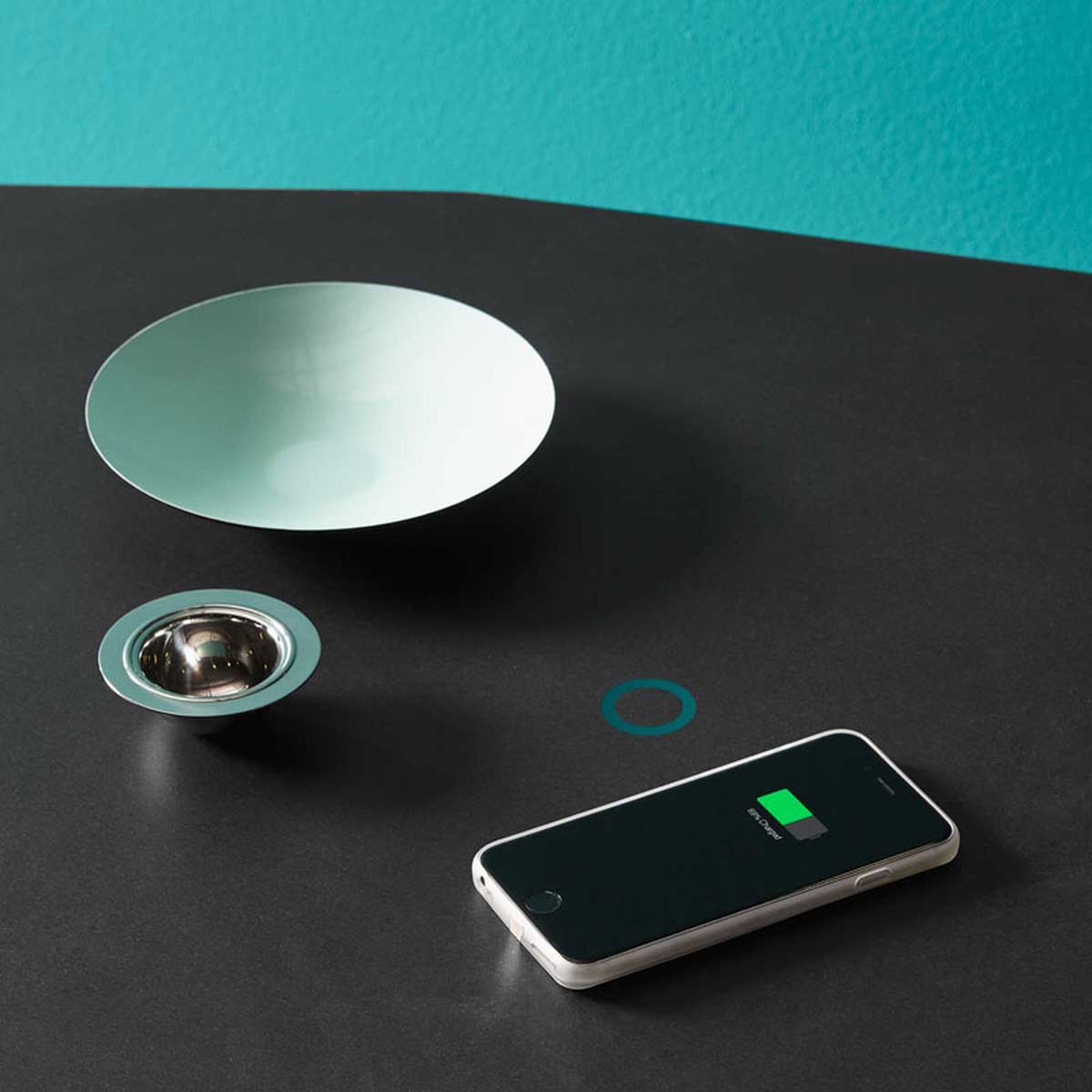 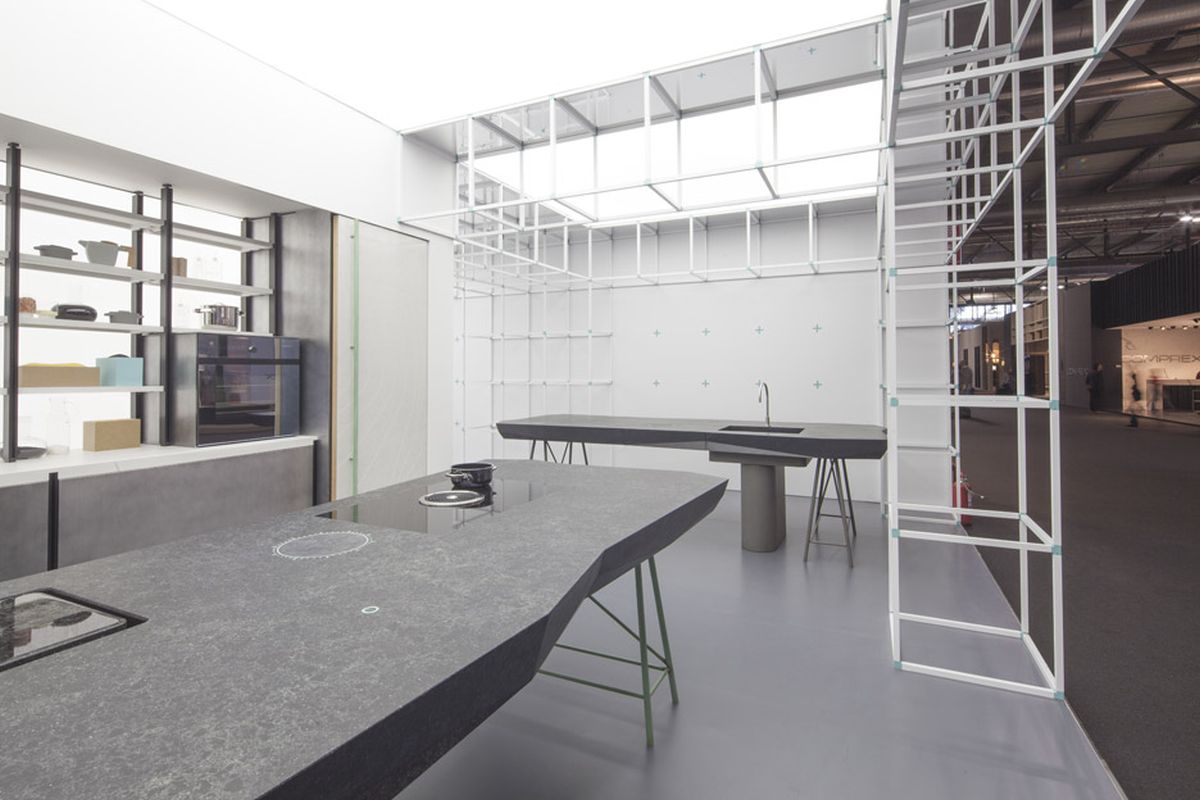 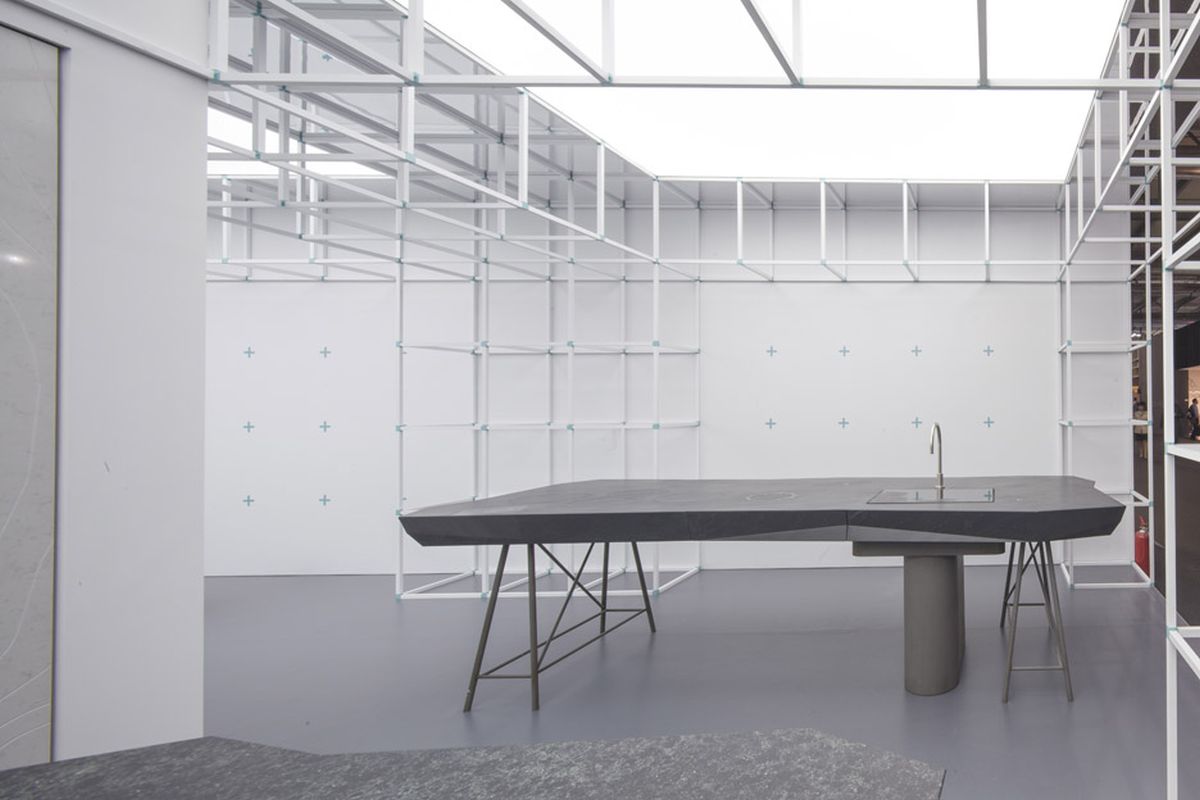 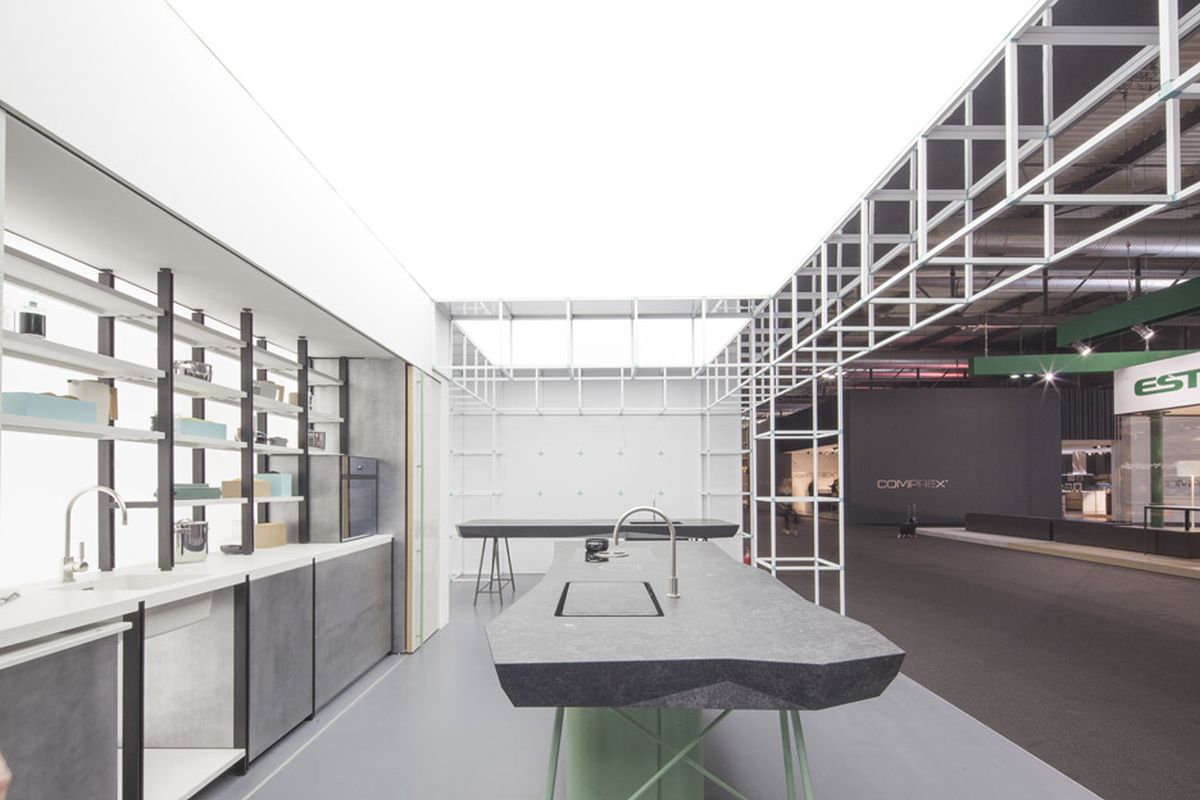 The kitchen is an environment that needs to be as responsive and as efficient as possible, an environment that’s continually evolving with the new technological discoveries that appear. Right now we live in a period when kitchen gradually become smarter and borrow elements from other aspects of our lives. Tuler is a concept that describes that in a very accurate way.

The Tuler kitchen concept was created by Tipic and Marmo Arredo, more exactly for Offmat, the new kitchen research brand launched by Tipic for marble and stone company Marmo Arredo. It’s an experimental project with an intelligent, versatile, efficient and durable design.

The Tuler island is the star of the project. It features elegant and solid shapes that highlight the natural properties of the stone which is in this case the prime material. The island has a stone top that integrates and conceals a variety of great features.

A panel with electrical sockets is integrated below the surface. This makes the island very convenient without interfering with its minimalist design. In addition, the top also includes a sink which is flush with the counter. It drops down when needed and the faucet can be controlled using gestures.

One thing that makes this island so user-friendly and efficient is the touch screen which maintain its design very simple and clean. A four-piece induction cook top is also integrated into the counter and, just like the sink, it blends in seamlessly.

The island offers useful storage inside drawers which can also be operated remotely. The counter is made from a quartz composite and has motion sensors embedded under its surface It’s the element that received the most attention.

This experimental project also includes the Tuler cabinet which is a wall setup designed to complement the island. It integrates the refrigerator, dishwasher, oven, storage drawers, a pantry, an additional sink and more storage inside mobile cabinets.

The design was recently unveiled at Eurocucina (at the Salone del Mobile furniture show in Milan). Although it’s still a concept, it brings some great new ideas into light, sketching the kitchen of the future.